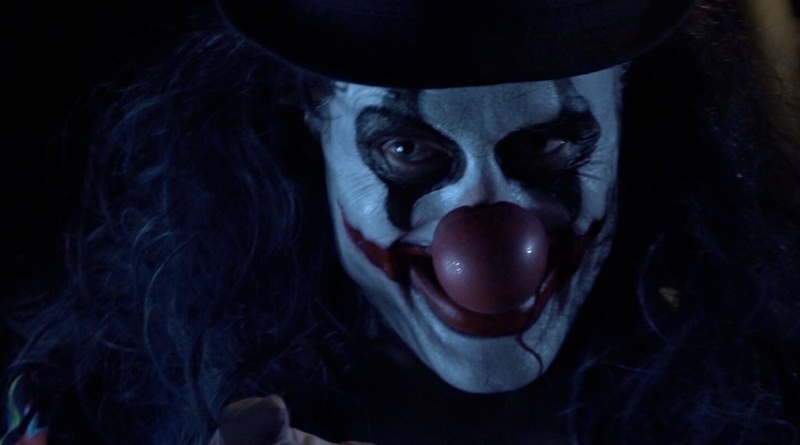 Clownado had me wondering if the films I’ve placed on my all-time worst list really were that bad after all. That I would start finding anything close to redeeming values in Battlefield Earth, Catwoman or Ballistic: Ecks vs. Sever says everything you need to know about Clownado, a film so vile, awful and uninspired that I would gladly gaze into Pennywise’s eyes to avoid spending another second watching it.

This is so bad that it makes weaker low-budget clown-theme films like ClownTown and Clowntergeist look like well thought out masterpieces. The operative word is thought as there appears to be not a trace put into Clownado.

On the surface killer clowns that travel around from city to city via tornadoes seems goofy and stupid enough to make for an entertaining horror comedy. Instead it’s just stupid with director/screenwriter Todd Sheets constantly telling viewers to hold his beer when they assume this is as low as the film can go.

A traveling circus nicknamed The Clown Mafia is one member short after the ringleader Big Ronnie (John O’Hara) catches his girlfriend cheating on him. Initially it seems like the performers are re-enacting a bad 1930s noir film for a show, but it’s an early warning that quality is not something that will be associated with this film on any front. While the clowns giddily chop up the victim, his girlfriend and her apparently spell conjuring pal turn the clowns into demonic, super-powered murderers. Clearly they used the wrong spell as somehow leaving the circus wasn’t an option.

John O’Hara alternates between an awful Heath Ledger Joker impression and a Meet the Fowkers era Robert De Niro for his take as clown ringleader Big Ronnie. O’Hara really tries to make something out of the role, but the dialogue sounds so terrible he’d probably been better off simply ad-libbing.

Here’s a case for Sheets doing something remotely interesting with the whole Clown Mafia gimmick, but it was just a cool sounding name and not some overarching commentary on the underground clown population.

Big Ronnie and the rest of his crew decide to kill everyone in sight as they randomly travel around on badly animated tornadoes. The film’s special effects are on Microsoft Paint level bad with unnecessary emphasis placed on tornadoes and lightning strikes. These aren’t done on a campy cheap level, but more of a “that’s as good as we’re gonna get guys” appearance. The effects aren’t bad enough to be funny, just embarrassing.

A truck driver picks up a black Elvis impersonator, who seems oblivious to the joke. The unlikely duo help a stripper at a dive bar and she joins their party just as the clowns come to town. Along with some more cannon fodder, they try to get away only to learn tornadoes carrying clowns can travel much faster. Yep that sentence probably was as ridiculous to read as it was to write.

With no plot and poorly developed characters, Sheets seems to hope the audience will stay invested by all of the gory bloodshed. The Clown Mafia is vicious killers and hack, pull, squeeze and grab until they can snatch body parts from the inside out. This means a plethora of bloody close-ups of intestines, eyeballs, faces, spleens and hearts. It’s gore on an uncomfortable level — not from a squeamish perspective, but more of a question of determining what audience would actually find this entertaining. If they could make out what they’re seeing. The camera is so tight on the characters that it’s frustrating trying to make out what’s happening on screen.

Sheets likes to put his female performers in compromising positions where he can expose their chests or zoom in for panty shots. Somehow Sheets missed the note that those scenes are only tantalizing if the women are attractive and don’t look like they qualified for stripper pensions 20-30 years ago. Sheets probably would have been better served going to the local strip club and offer some roles to some of the less active dancers for the night. It’s certainly not like they would have delivered any worse performances than what we get in the film. Of course it’s likely Sheets wouldn’t have been able to cover the costs of skipping a few nights for even the D-squad at a strip club. 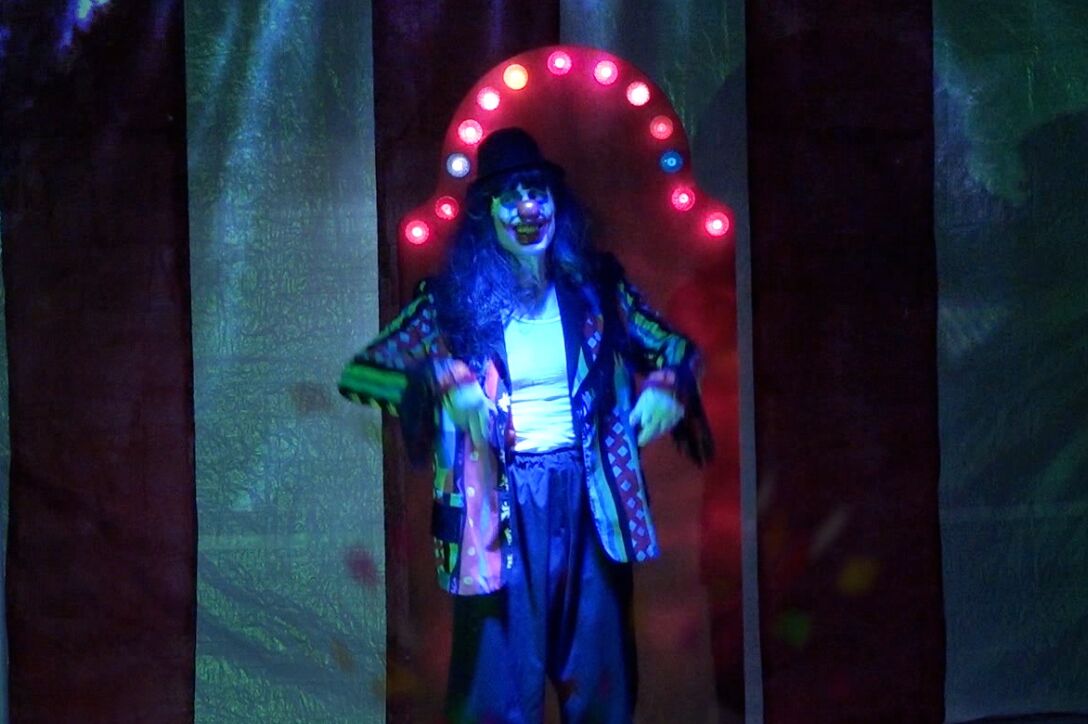 Clownado features without question the worst collective ensemble I’ve seen with awful performances on every level. Bad acting can be somewhat endearing from the hopefully out of their element perspective, but none of the cast save O’Hara seems to have any idea of their character’s motivation or purpose.

Even for the worst films there tends to be some positive whether it’s just one well done scene, a lone standout performance in a sea of mediocrity or some interesting lighting or music choices. That’s not the case with Clownado as this is a film with absolutely no redeeming value whatsoever. It’s a consistently crapping effort across the board. I’d try to come up with some witty clown-related pun about why this is the lock to be the worst film of 2019, but if the filmmakers can’t be bothered to put in any effort, why should I?