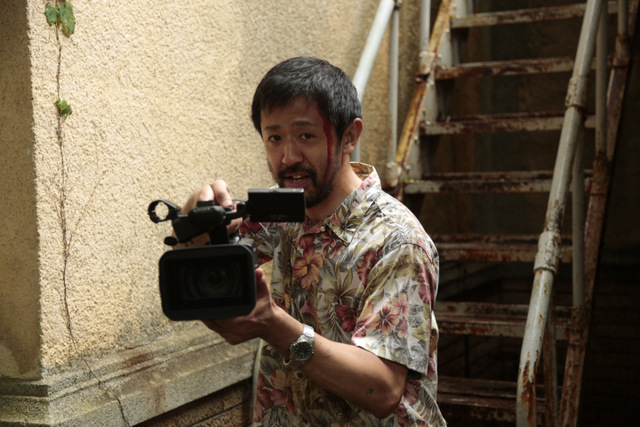 It’s been a pretty lousy year for zombie movies…and comedies for that matter. Good thing we’ve got a film like One Cut of the Dead, which has us covered on both fronts and is easily one of my favorite films of 2019.

The film has been featured in U.S. film festivals since last fall, but will have a smartly timed theatrical run in New York and Los Angeles on Friday the 13th. Nationwide screenings will be held Sept. 17. Make sure you find a screening near you. 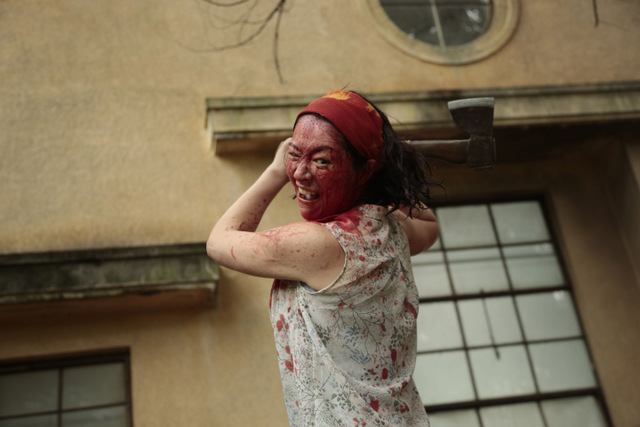 One Cut has become a massive hit in Japan and with its modest $25,000 budget, is one of the more profitable breakout hits in years. That’s even before factoring in that the majority of the cast actually paid to participate in the film, which was the final product of an acting and directing workshop.

Hard-charging and overly aggressive director Higurashi (Takayuki Hamatsu) is fed up with his actors as he’s trying to wrap the final scene of his big zombie movie. He’s down to the final girl, Chinatsu (Yuzuki Akiyama), who’s just watched her boyfriend Ken (Kazuaki Nagaya) become infected. But Higurashi is getting increasingly irritated with her lifeless performance and continually berates her much to the dismay of the rest of the crew.

While Higurashi goes to blow off some steam, makeup artist Nao (Harumi Shuhama) consoles the actors just as a real zombie emerges. Finally getting kind of raw performances he wants, Higurashi keeps the camera rolling and hilariously pops up yelling ‘action!’ at random moments while his crew tries to stay alive. 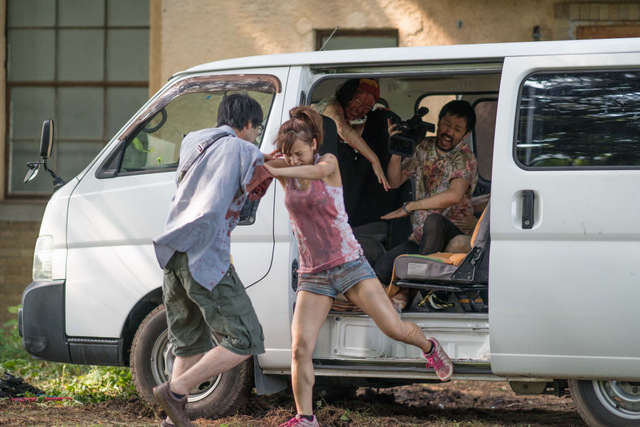 Impressively, the film stays true to the title as all of the action is staged in one long 40-minute take. The nature of an old school zombie movie definitely supports that kind of shooting structure even though there’s some tedious repetition of some shots and the abandoned WWII Japanese facility starts to feel somewhat claustrophobic.

Beyond the one take gimmick, One Cut doesn’t revolutionize the zombie genre…until the credits roll.

It’s a sucker move to spoil everything, but there’s another act after the zombie showdown that takes what was a very fun and engaging low-budget zombie thriller into so much more. Honestly after some of the trash I’ve watched lately, 37 minutes of a good zombie film would’ve been just fine. Everything else that follows it takes the film to an incredible higher level that’s filled with comedy, terrific character moments culminating in an emotional, heartfelt ending.

Unlike Higurashi, Director/Screenwriter Shin’ichirô Ueda gets tremendous performances from his cast. The action is paced easily enough for viewers who need the subtitles to follow along without missing anything important while reading. The zombie sequence is appropriately washed out and has the look of an early 80s small scale action film. It makes for a great contrast to the rest of the film with uses a much brighter visual scheme. 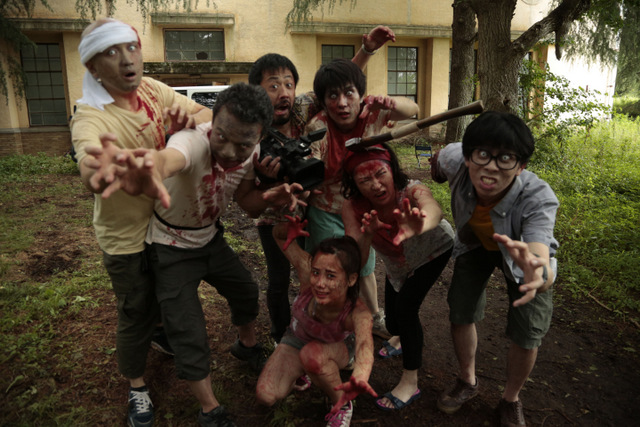 It’s probably worth noting Ueda has received some flak for similarities to Ryoichi Wada’s Ghost in the Box! play. Ueda said the play served as the inspiration for the film’s structure, but it’s not a complete rip-off. Controversy aside, One Cut is too amazing a film to spend much time worrying about who gets a cut of the royalties.

One Cut of the Dead is an incredible film that even audiences who wouldn’t normally bite on a zombie film need to check out as it is a fantastic piece of filmmaking.