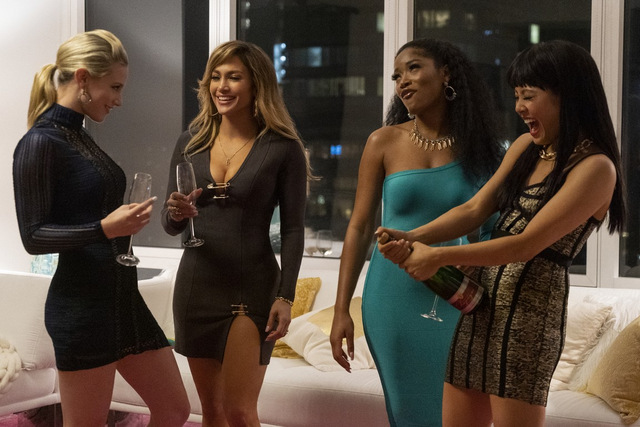 Hustlers is all about the con right down to marketing. You may come for the 90-inch heels, thongs, luxurious hair or the seemingly ageless Jennifer Lopez booty clapping center stage, but you’ll stay for one of the more original and surprisingly heartwarming takes on friendships in years.

The film is based on Jessica Pressler’s New York Magazine article The Hustlers at Scores. The article detailed how strippers ran a high-level scam of luring wealthy Wall Street execs to their strip club and ran up their credit cards after drugging them. As most scams do, eventually it came crashing down faster than a rookie climbing the pole.

I get the “female Goodfellas” tag some critics have chosen as the narrative arc has several similarities and Director/Screenwriter Lorene Scafaria (The Meddler) does utilize some creative shooting techniques as well as the extended one take.

Ultimately, Goodfellas was a classic mob movie with all the expected trappings of violence, drugs and power for the sake of power. At its core, Hustlers is far more about friendship and a broken family unit in need of repair. And the only thing whacked in Hustlers is some douchebags’ credit cards.

Constance Wu follows up her star-making big screen turn in Crazy Rich Asians with another smart and likable performance as Destiny, the new girl at the big city strip club hoping to score some big paydays. Destiny recalls her whirlwind stripper experience to Elizabeth (Julia Stiles, Jason Bourne), a reporter who basically functions as the audience tag along hearing the story for the first time. Destiny wasn’t making a lot of progress and the seedy nature of the strip club meant her take home gross was far less than she expected. 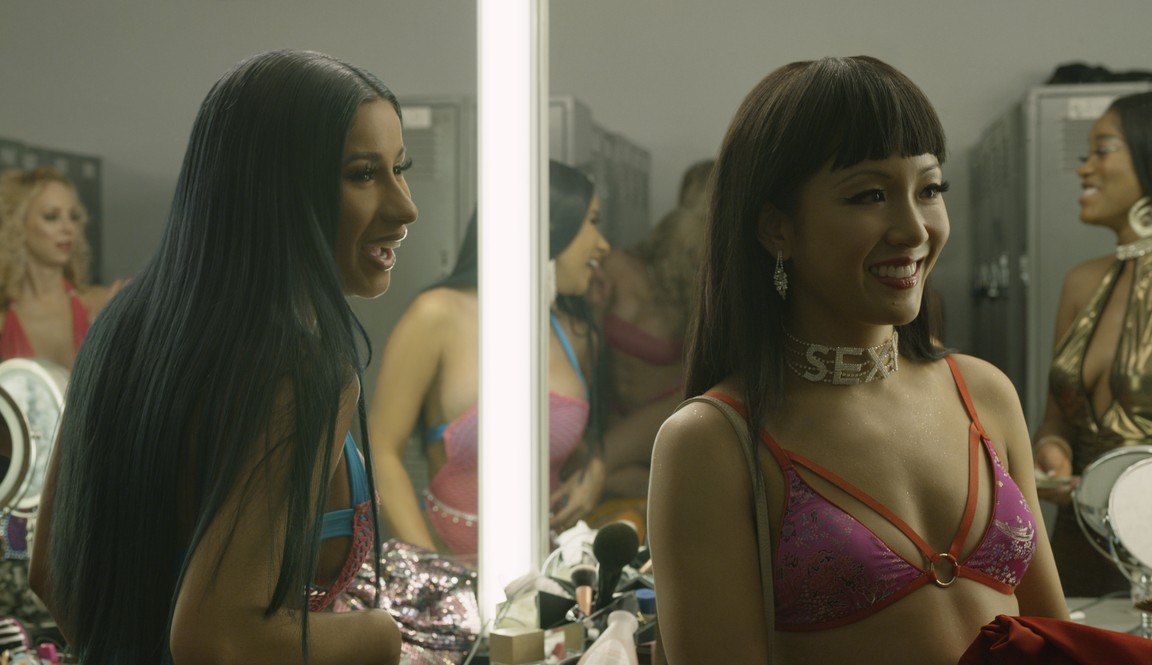 That all changed when she befriends Ramona (Jennifer Lopez, Second Act), who shows Destiny the real way to work the stripper system. From the moment she struts onto the stage in a shimmery outfit before launching into a routine so scorching free water bottles should be included with tickets, Lopez owns the film.

Lopez has always been a serviceable actress, best suited in romantic comedies that play up to her charming off camera demeanor. She’s been OK in some dramas, but there reaches a credibility breaking point in most of those roles. Scarfaria finds an ideal role for Lopez to showcase her endless charisma with a heart on her sleeve type character who’s always in control.

It’ll be interesting to see how the award season plays out with the onslaught of contenders set to arrive in theaters over the next two months, but Lopez definitely warrants being in the conversation with this performance. Part of it might be that Lopez has always had to downplay her glamorous looks. With Hustlers she’s able to weaponize them while ironically revealing greater depths as an actress playing a stripper.

Life is good for a while, but with a film set in the mid-2000s, it’s no spoiler to say a certain financial catastrophe proves disastrous for a business model built on disposable cash. That’s when Ramona and Destiny start whipping up their drug cocktails and with help from fellow strippers, Mercedes (Keke Palmer, Scream Queens) and Annabelle (Lili Reinhart, Riverdale), quickly develop a booming and profitable new business. One that requires far less grinding on skeevy dudes. 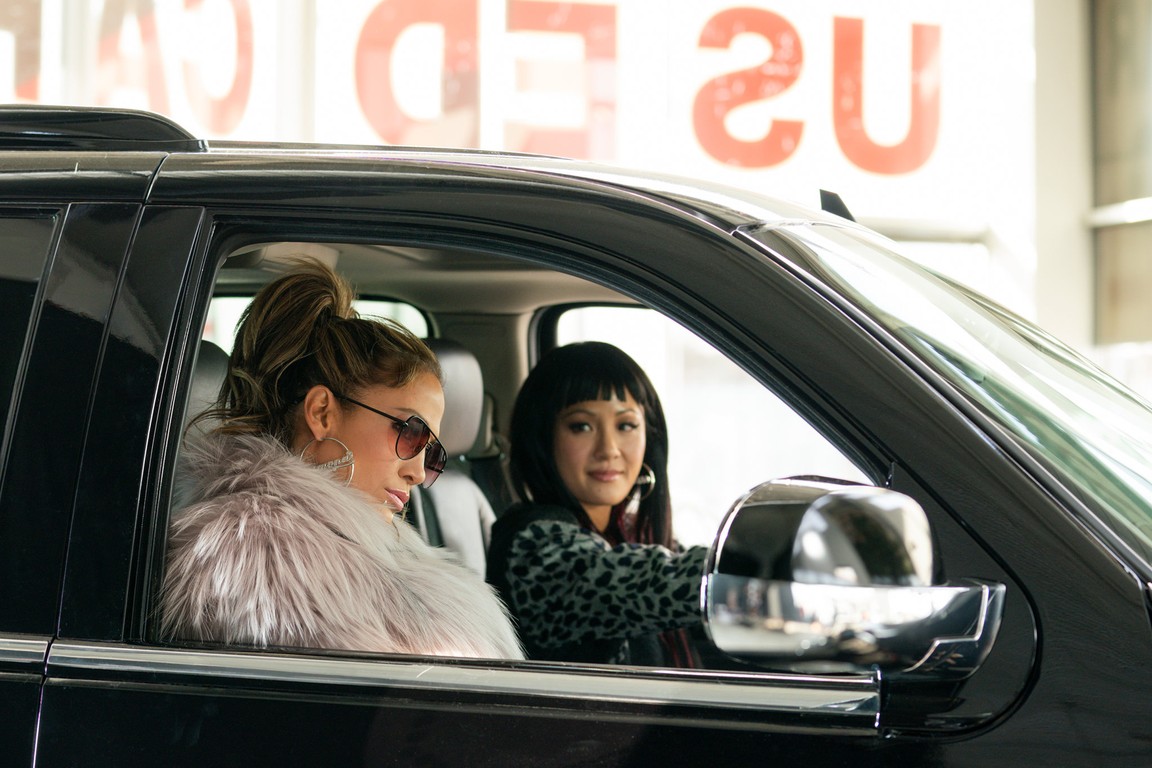 One of the smarter aspects of the film is Scafaria doesn’t ask the audience to feel sympathetic for the Wall Street execs getting scammed. They did enough dirt ripping off people during the Great Recession that their role in Hustlers as passive villains or patsies is perfectly adequate. There’s a twist near the final act that puts a different light on the crew’s scam though to make them accountable for their actions.

Cardi B is prominently featured in the film’s trailers and posters, but the former stripper turned rapper has a glorified cameo and isn’t a featured player past the film’s midway point. 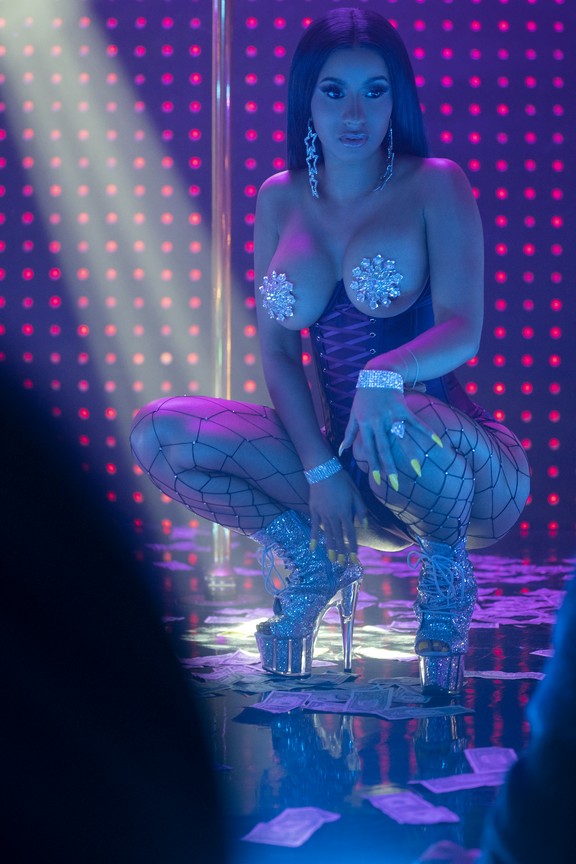 The stripper crew features a very diverse cast including plus sized rapper Lizzo and trans actress Trace Lysette and goes against any pre-conceived notions of rail-thin, drug addicts with daddy issues.

Hustlers does a lot to demystify strippers. No, they’re not all studying to be doctors or lawyers; yes, they do have a realistic view of a stripper’s short career-span and they have just as many indignities and disrespect to deal with as any other non executive gig.

Scafaria’s script features some very funny moments and scenarios. Too many of them got spoiled in the trailers, but the heart of the film with Ramona and Destiny’s friendship is fun to see play out.

Despite a relatively brief run time of an hour and 49 minutes, at times the film starts to drag. Scafaria probably could have cut a few of the random slo-mo scenes and trimmed a few minutes out of some partying scenes without losing anything. 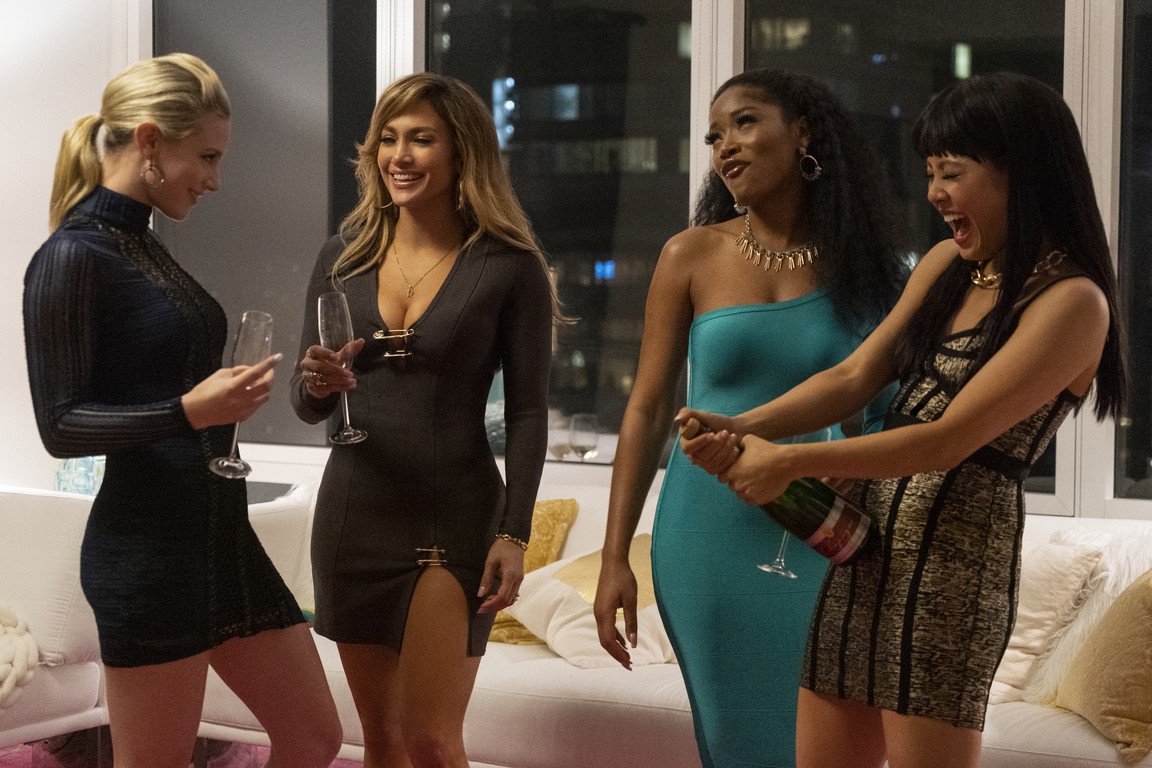 Hustler’s beauty truly is so much more than skin deep. Led by a career best performance by Lopez, a strong co-starring turn by Wu along with Scafaria’s lively direction and script, Hustlers seems poised to shake up an awards season that desperately needed a little glitter and glam.