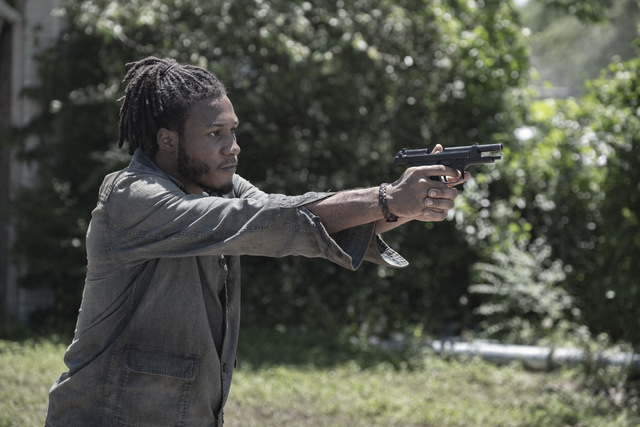 Fear the Walking Dead’s fifth season is at a pivotal point. There’s no influx of newer characters that can magically make things more interesting this year and the main characters are intent on acting like idiots all in the name of being aspirational and inspirational figures to show the survivors there’s a better way. If there is, it’s clearly not their path.

Early on last season, The Walking Dead showrunner Angela Kang did the impossible and made the walkers formidable again. Fear desperately needs that kind of walker makeover as they’ve become a non-factor this season and are a minor annoyance. This has forced the writing team to put the characters in increasingly sillier situations to have them pontificate on the state of their lives and the world at large.

Alicia has fully become Morgan now — shell shocked and unable to kill walkers. Of course pacifist Morgan was a few seasons ago and he’s been replaced by naive do-gooder Morgan. It’s hard to remember what triggered this mindset in Alicia who earlier this season waded through a horde of walkers just to rescue the kids we never see or hardly mention anymore.

Strand is tagging along as her protector while she attempts to decipher the mystery of the tree painter. This is the kind of subplot that happens when there’s a complete lack of excitement and otherwise remotely intriguing storylines.

Alicia and Strand meet up with Wes (Colby Hollman), the somewhat cynical guy whose bike got shot up by Logan’s crew. Wes needs a ride back to his brother and questions why Alicia wants to find the painter. In a perfect storm of ineptness, Alicia and Strand get burned for trusting Wes, whose brother is long dead. He just wanted their help tracking down a guy who stole something from him. Said guy then proceeds to steal Alicia and Strand’s truck because even after getting boat-jacked they’ve never realized it’s stupid to leave keys in a vehicle. Now stuck in a police station it’s time for some soul searching.

Well, Strand can’t do much actual searching since he bizarrely decided he needed to kill a walker who caught a round of tear gas. I’ve become a Smurf for getting blue in the face wondering why none of these guys carry longer, extendable weapons. Instead of making spears or even rounding up swords or machetes, these guys continue using pocket knives and hoping for the best. Despite his earlier cynicism, Wes finds some common ground with Alicia bonding over their dead brothers. Can Alicia win over another person to the cause by the power of virtue? Stay tuned!

Meanwhile, Al and Morgan are making a deposit at a bank vault — all of the tapes the gang has recorded lately. I like Al, but her single-minded focus on these tapes is silly. Is she hoping one day society will recover and she’ll win an Emmy for her exclusive hard-hitting documentary on life in the walker world? Because honestly it’s not that unique from anyone else’s experiences.

Al knows Morgan is hiding something, but it makes more sense for him to keep it a secret. If I callously left a dying woman because I didn’t want to show her a little love I’d probably keep it a secret too. They rush off to help Alicia and Strand, but the road is blocked by Logan and company playing a bootleg version of Negan and The Saviors’ early hits. That’s the last thing this season needs.

Morgan wants to kill Logan for mentioning his wife and son. That’s the downside of revealing one’s truth on a video series for anyone to seem, I suppose…

Wes helps Alicia and Strand escape the police station and tracks down the thief, who apparently decided walking was better than using a car. Sure, he’d been shot, but wouldn’t it be easier finding some aid in a car? Wes kills the guy and takes what he’d stolen — his manuscript. Alicia expresses my outrage of Wes killing a guy over a book. 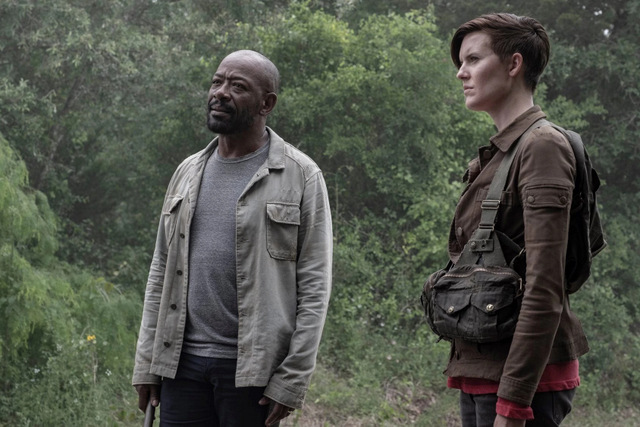 And after all that, Wes decides the guy can keep it since he died for the manuscript. Sounds about right for this show. Turns out the last page of the book features that inspirational message that’s guided Alicia along these last few episodes. Well that was unremarkable.

Alicia decides to take up painting herself and slaps on her own message on the tree about no one’s gone until they’re gone. Madison’s memory lives on.

In the next realm of unbelievable coincidences, Logan and his crew find the vault assuming the secret location of the oil field is here. That’s what most people would do with a secret location — put it in a vault. That checks out. With no “Oil Fields Here” map available, Logan does the next sensible thing and decides it’s time to bing Al’s videos as someone clearly made a mistake and mentioned the secret oil field at some point. That makes no sense.

This season makes no sense. I’ve given up trying to rationalize character behavior, but this episode was another criminally terrible offender. The Walking Dead returns Oct. 6 and after the way this season has played out, it can’t nearly arrive soon enough. It’s been too long since I’ve been able to enjoy a competent Walking Dead season.