Katana has been one of those fringe DC characters whose stock rose with her inclusion in Suicide Squad. Considering she was part of a team with Batman that’s impressive. That’s probably why she made the cut for the DC Multiverse Collect and Connect Killer Croc wave. This might be the last one from Mattel and staying consistent with the rest of the wave, Katana is an excellent figure. Let’s see how this figure cuts it.

Packaging:  I’m still digging the blue color scheme of the Multiverse packaging. I can’t place the artist on the package, but it looks solid. This bio is fairly current as it refers to Katana as the leader of the Suicide Squad. Maybe that’s why the book got cancelled… 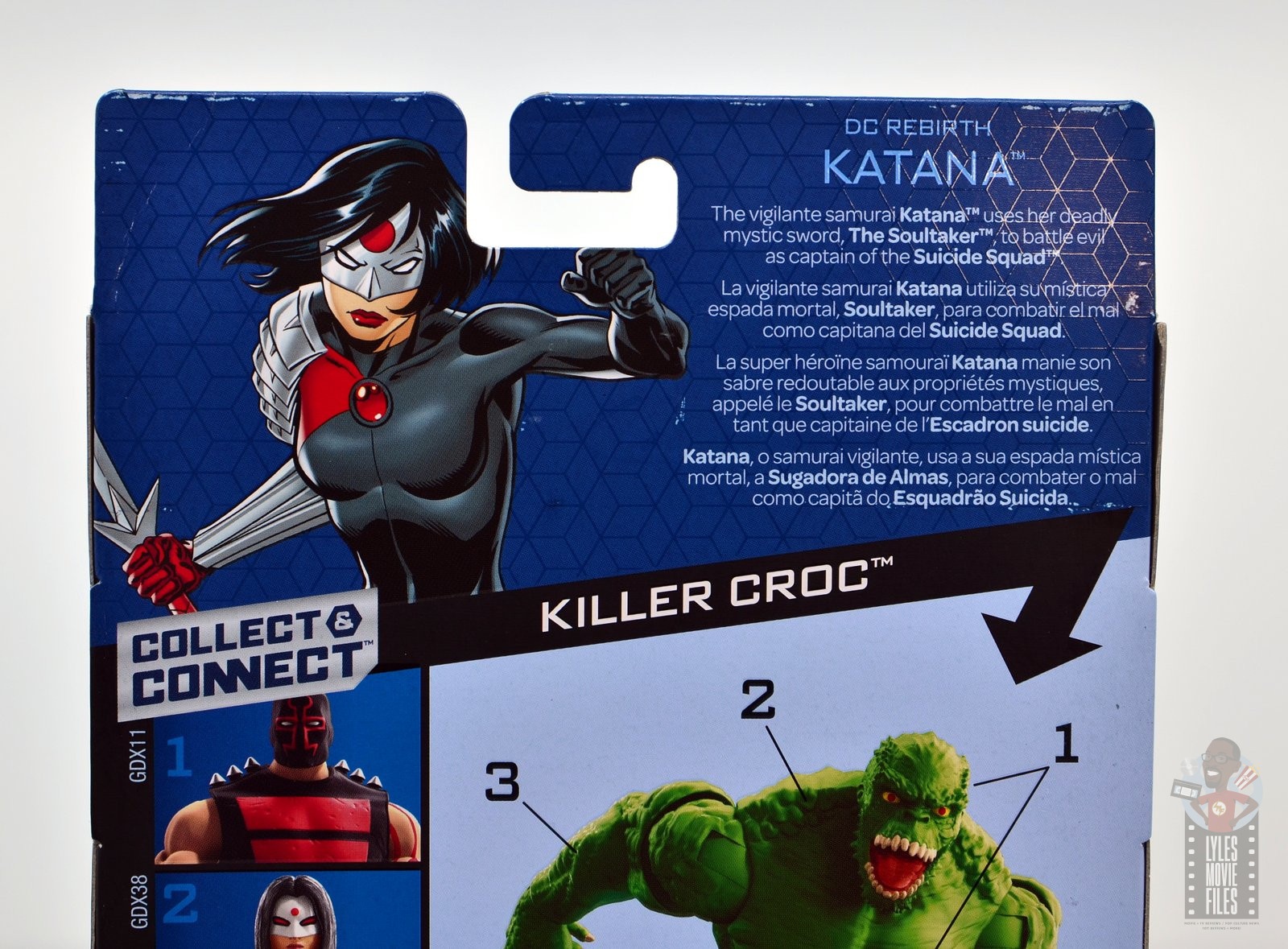 Likeness:  For the most part this is the Superman Rebirth figure with new belt and sleeve tooling. The headsculpt is the prize here as the sculpt does a great job of approximating Alex Ross’ aged and weathered Superman in the Multiverse style. 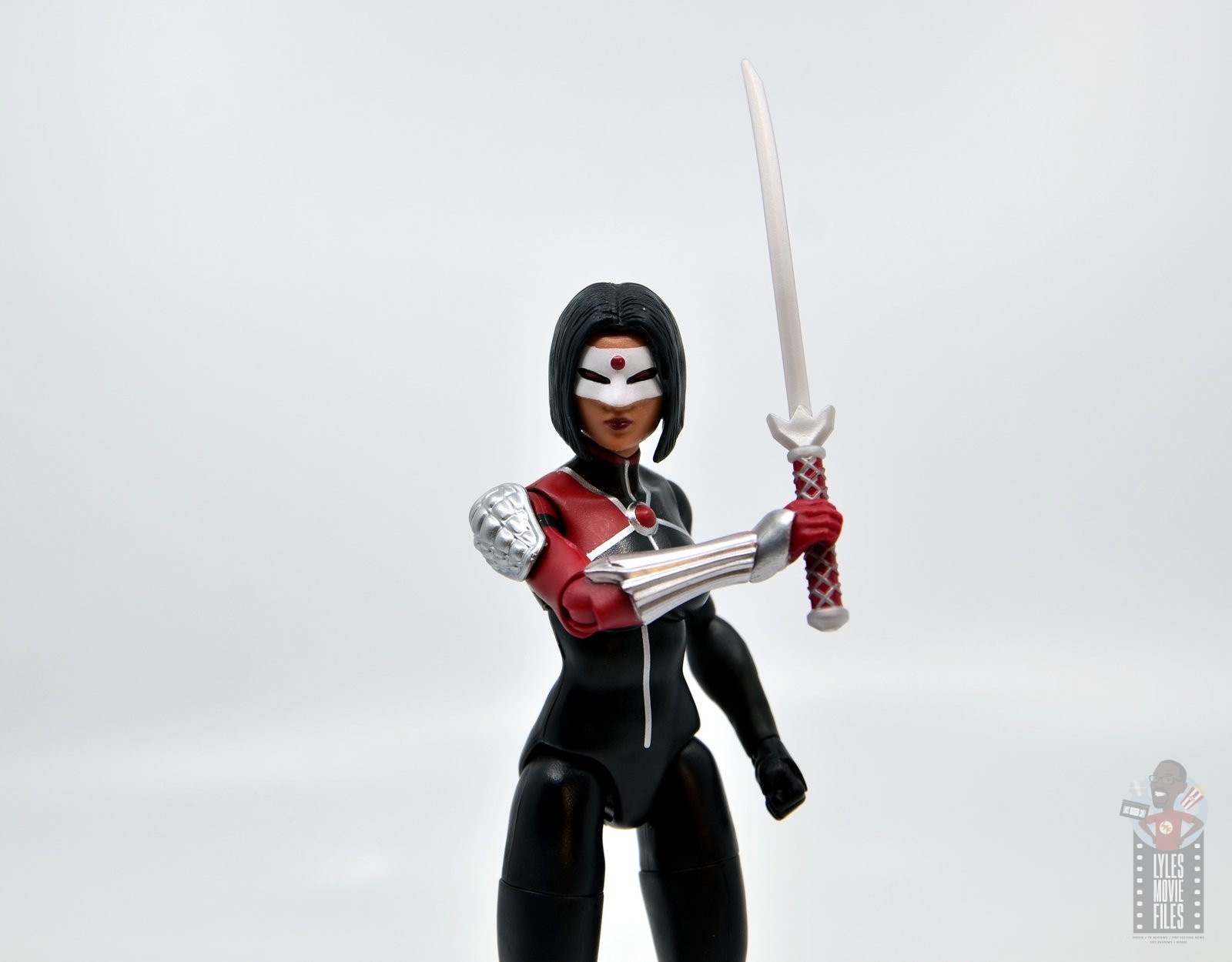 I wish more elements like the tights and boots were sculpted as well to avoid putting so much on a perfect paint job.

Scale:  Katana was typically portrayed shorter than most of her peers, but she’s actually one of the taller female figures in the line. She should probably be more along the same height as Batwoman. 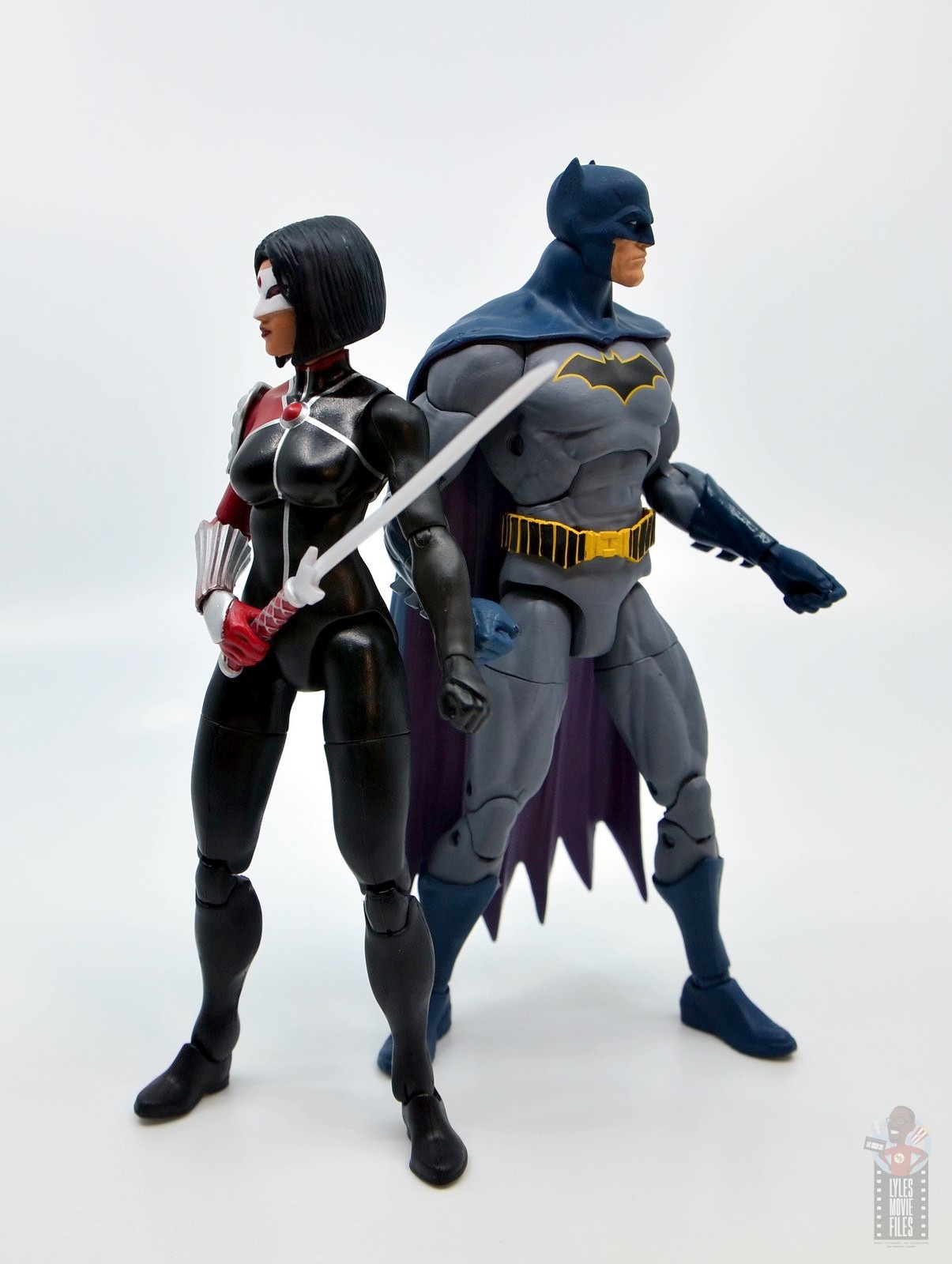 Just like the DC Multiverse Nightwing, she scales much better with the DC Essentials line from DC Collectibles.

Paint:  The paintwork here is very well done. There’s not a drop of overspray or sloppy line work even with the smaller details.

The only weird thing is Katana’s New 52 era look has been very consistent and the package art even shows it properly with the mask going over Katana’s forehead and the red circle is much more prominent. The figure sports a half mask and smaller circle. It’s a weird mistake although it looks cool enough that it’s not a big problem.

Articulation:  Mattel made some nice improvements to their articulation model with the Multiverse line, but it’s still not as good as Hasbro’s Marvel Legends. Katana would benefit from double elbows and shin articulation to really help sink in some poses.

Also, I really wish Mattel included an open left hand so Katana could hold her sword with both hands. The articulation clearly allows for it and it’s a weird oversight. 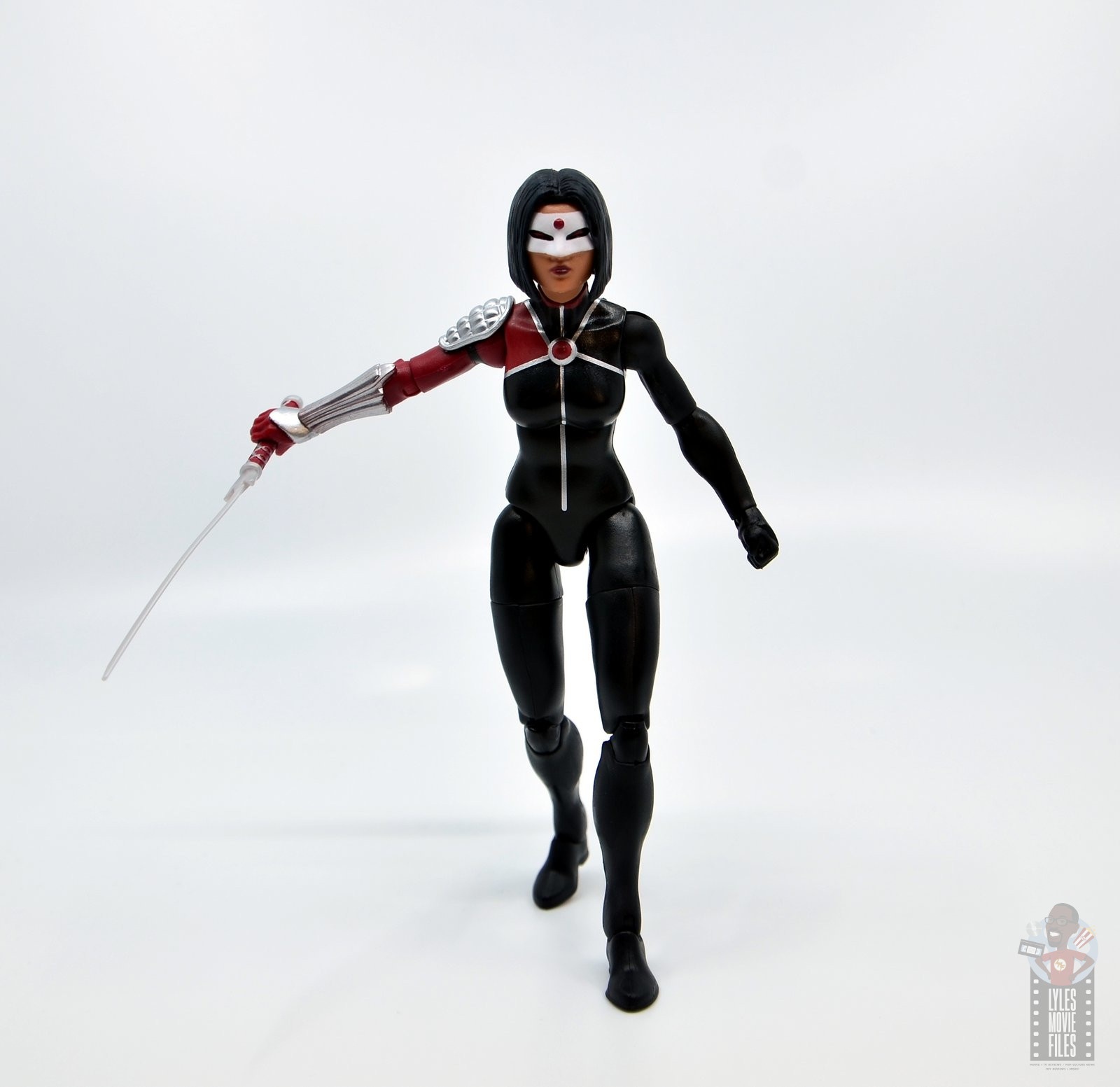 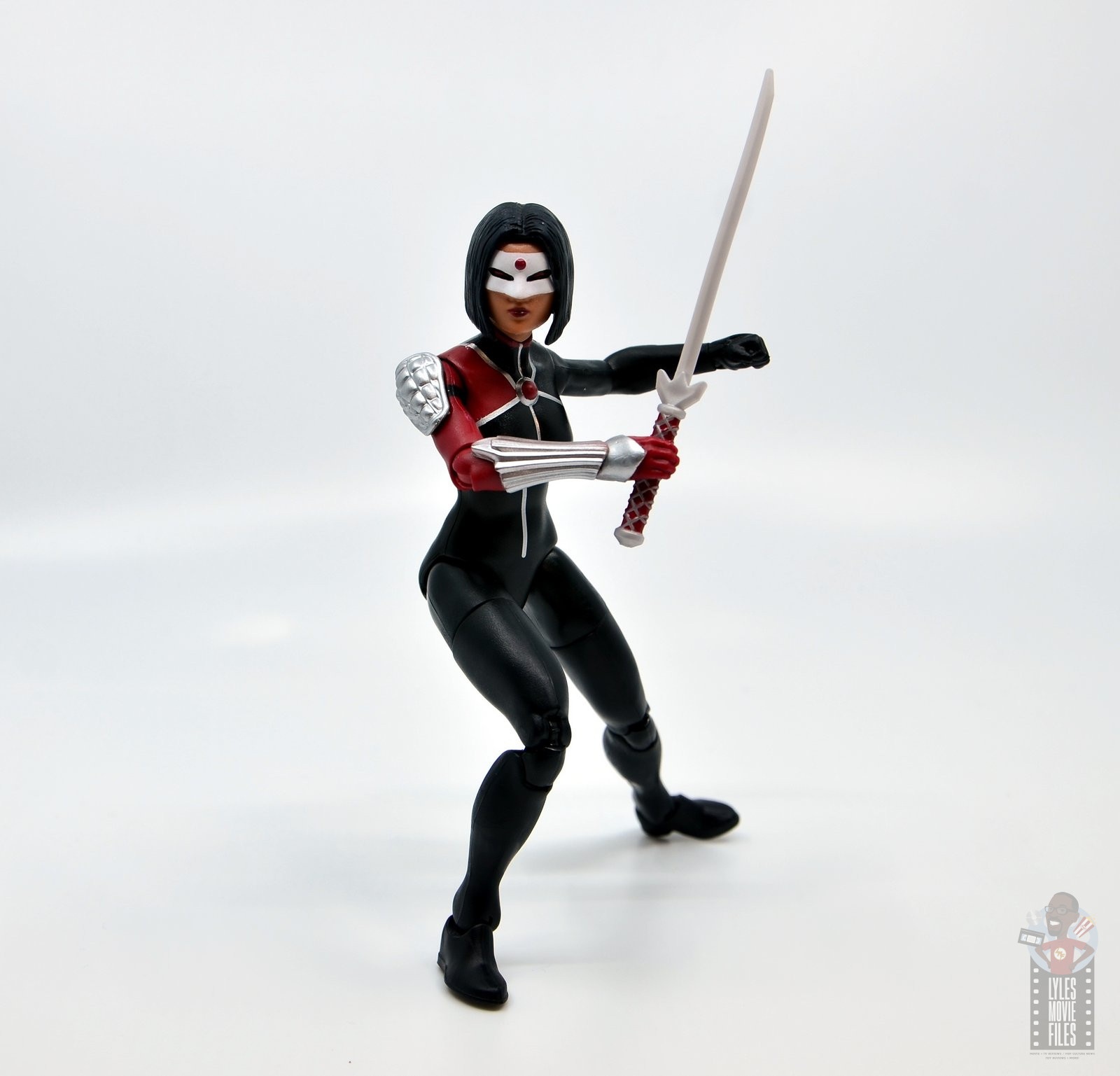 Accessories:  Katana comes with all but one obvious accessory. She has a swappable right hand to hold her sword. I kinda wish she had an open left hand so she could grab the sword with both hands. 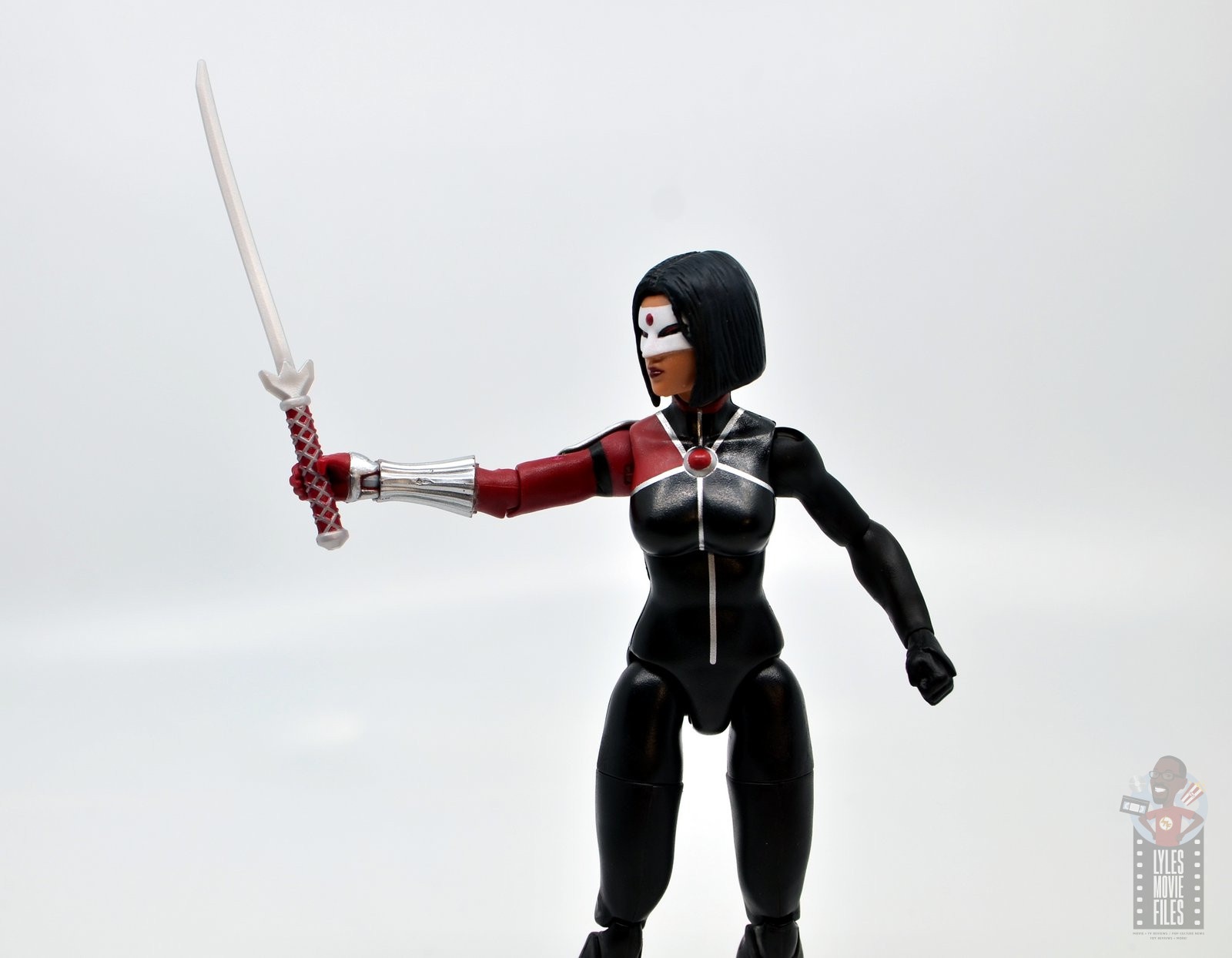 Katana’s katana is really well done with a sculpted handle and unique hilt. The paintwork on the handle is impressive at this scale with no visible slop or overspray. Now for the obvious omission — the scabbard. It defeats the purpose of having a closed right fist if there’s no place for Katana to store her sword. 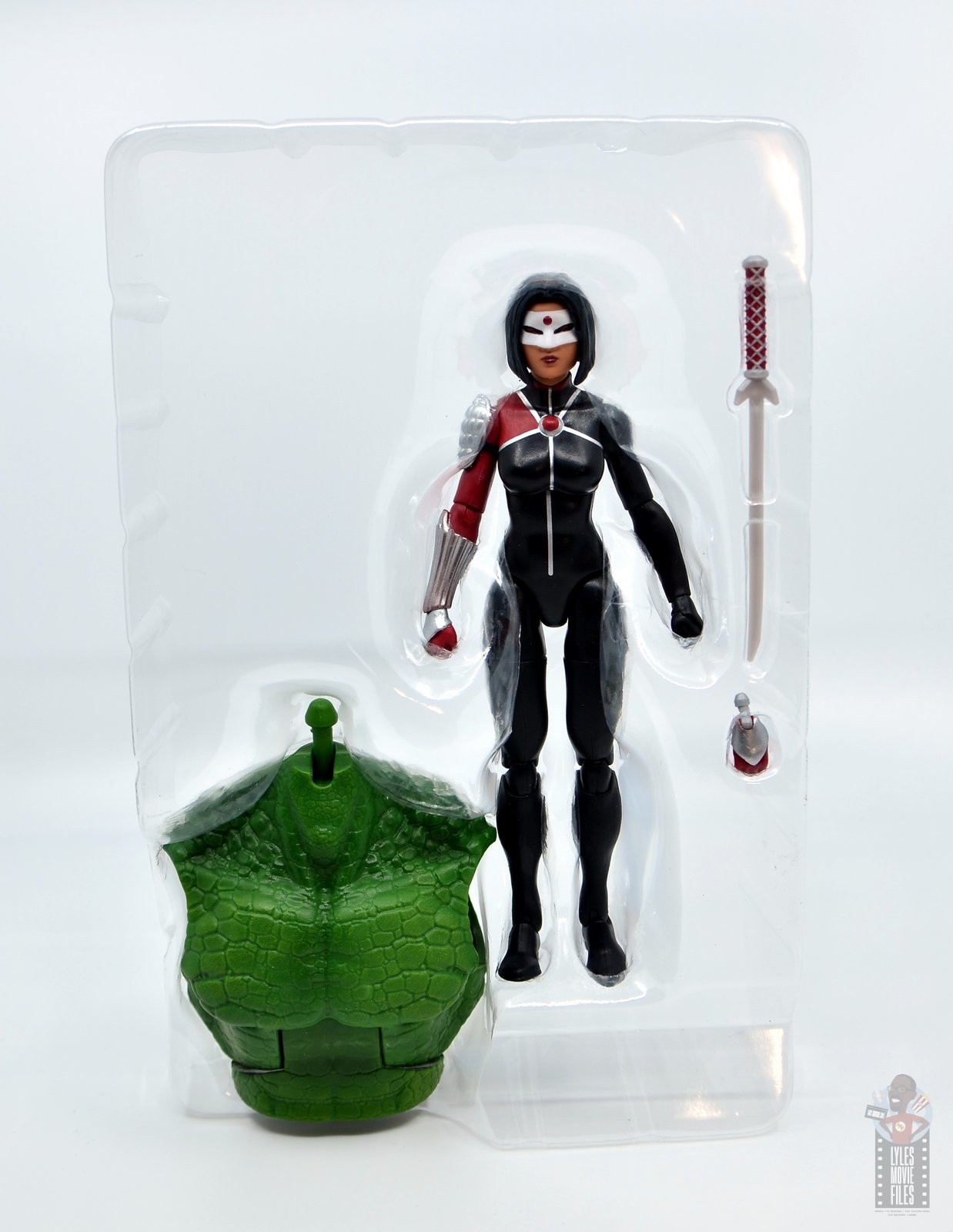 Finally, she comes with the torso for the Collect and Connect Killer Croc figure. The torso is positioned toward the bottom of the package, which is a little weird since it doesn’t show massive the piece is as it would go a long way to showing the value.

Worth it?  I got Katana for the standard $20 retail price. I don’t have any buyer’s remorse here and think this is a pretty good value for the price point. 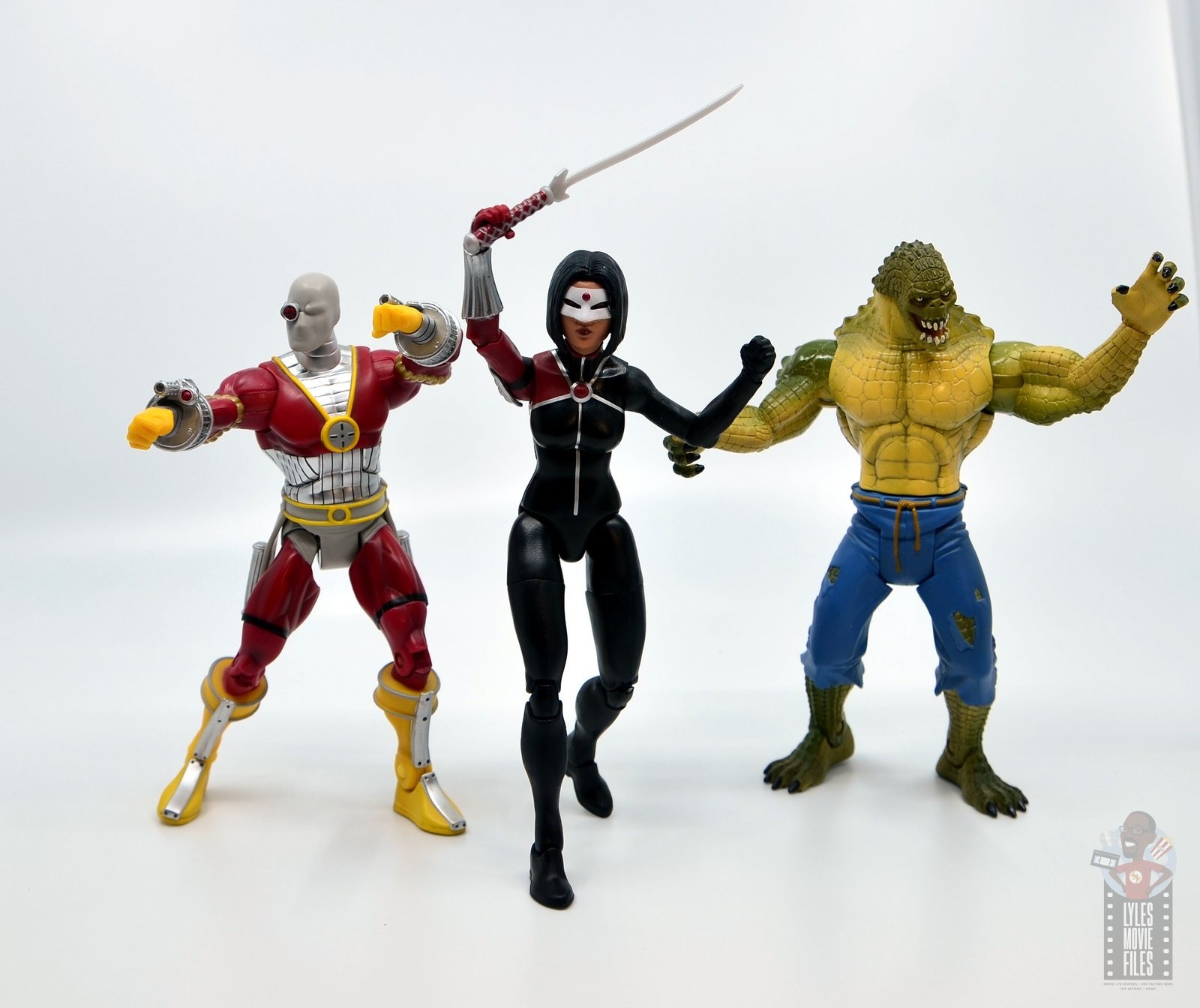 Katana is another welcome addition to the DC Multiverse/DC Essentials hybrid collection. I wish she had slightly more articulation, but this is a good modern take on the character. 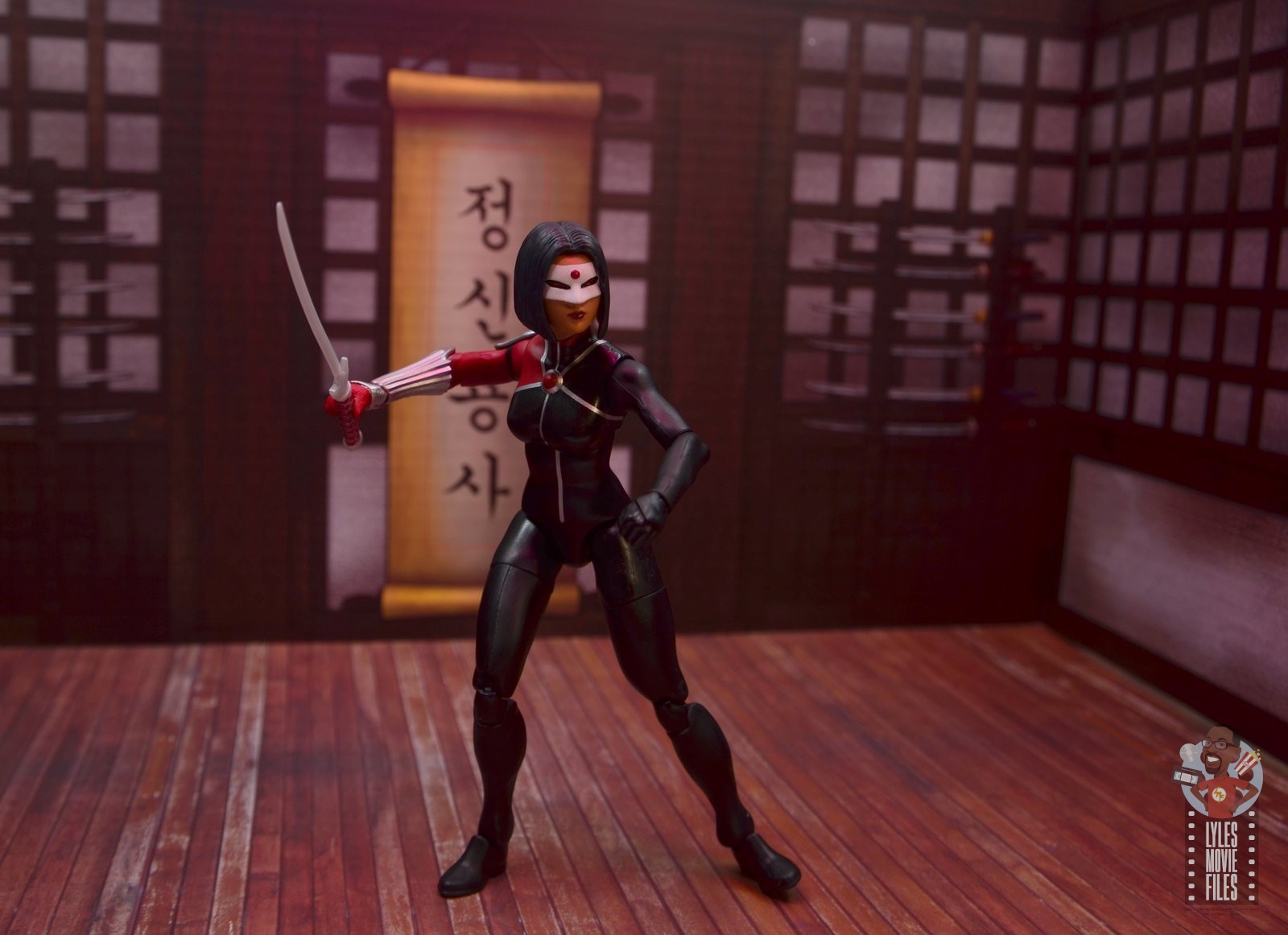 Where to get it?  Target has been the main source of DC Multiverse figures, but I got this wave from Wal-Mart. You can also grab Katana or the case from LMF affiliates Amazon or Entertainment Earth.