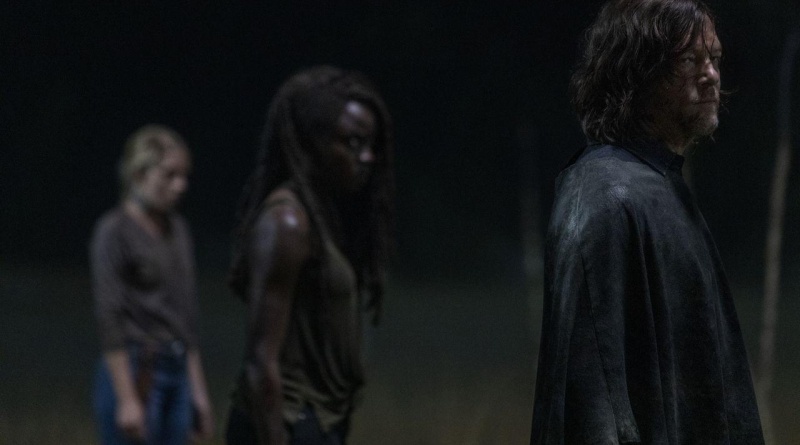 The Whisperers play mind games with Alexandria on a walker murder binge session while Carol sees Ghosts and Negan enjoys some freedom.

This week’s opening plunges us right into the craziness as Alexandria has an all you can smash walker bash for 40 plus hours. The citizens are exhausted as there’s not a Jack Bauer among them. It’s the kind of stand up and pay attention opening we don’t normally see from TWD and this definitely set the tone for an unusual episode. Carol is popping pills she must have found on one of her naval expeditions. But is it making her see things?

Siddiq is definitely having some visions. I love how Siddiq has an even greater role this season as he’s dealing with the PTSD of being the only hostage who didn’t end up with head on a stick. That is some serious survivor’s guilt and I’m glad the writers are diving in to what that must mean for him. Fortunately, the others are noticing he’s out of sorts and he’s got a new BFF with Dr. Dante (Juan Javier Cardenas), who not only has his back medically, but as a friend who’s experienced trauma in a war zone as well. 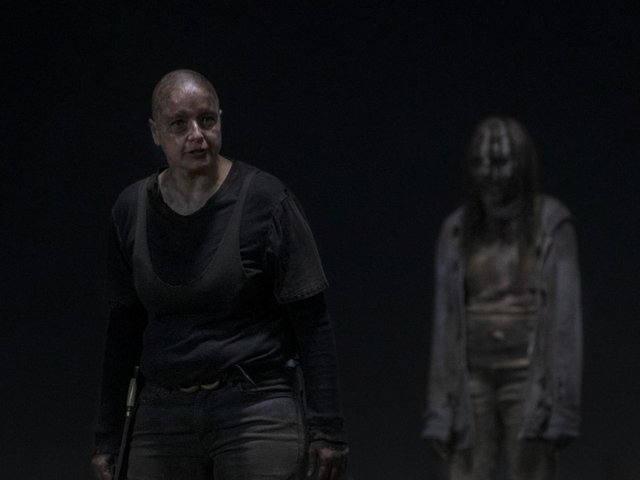 Some of the citizens are ready to go to war with Alpha right now until Michonne checks them. This doesn’t feel like the same shook leadership after the Saviors took over. Instead, the Whisperers very real threat of being able to send a herd to them is enough of a reason to try and keep some measure of peace. It definitely won’t last, but that’s enough incentive to try. I loved Michonne checking them on their lack of a plan on stopping the herd. Can we please figure out a way to keep Danai Gurira on throughout this season?

Alpha wants a meeting and Michonne goes to the border with Daryl, Carol, Laura and a few red shirts. Alpha isn’t happy they’ve crossed into her borders a few times. Carol has a small pistol in her back pocket and it did raise the question of what would be the real harm if Carol killed Alpha? The Whisperers would likely rally around Beta and possibly Gamma, but it’s Alpha who’s the driving, charismatic force of this crew. Taking out Negan would ensure another big bully leader (e.g. Simon) would take over and potentially be crueler, but The Whisperers live and silently breathe with Alpha.

Showing just how creepy and bizarre she is, Alpha gives Carol a mother to mother pass despite taunting her with Henry’s last words. Alpha’s screw sockets are also loose. It helps to keep her from becoming too predictable and seizing the Alexandrian hunting range shows she knows exactly what she’s doing. That’s what makes her the series’ savviest and dangerous villain yet.

Carol’s subplot played out odd the rest of the episode as it seems like she is seeing things…including a trio of Whisperers and the creepiest book cover ever. 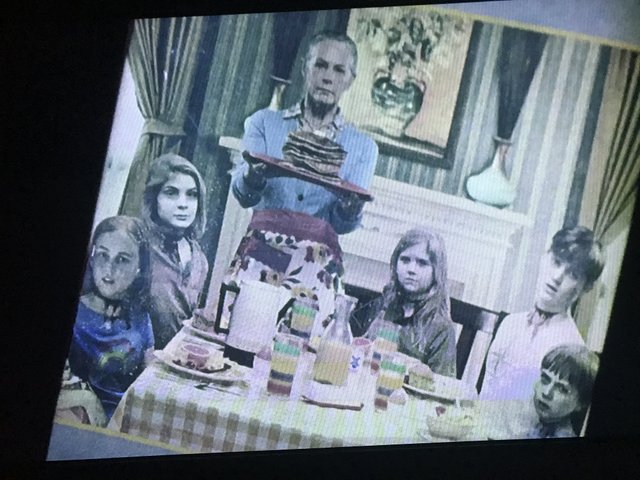 It’s tricky determining what Carol imagines in her pill-popping haze and what’s reality. Did she really fend off a slew of walkers or was it just one Whisperer screwing with her? We do see a bloodied Whisperer nursing her wounds — was it Gamma? — so at least one thing Carol saw was true.

Negan gets a team-up

With the fighting force exhausted, Gabriel forces Aaron to take Negan with him on a walking clearing mission. I didn’t blame Aaron for being reluctant to team with him and being leery when Negan reached for a crowbar while they were killing walkers. It’s been a minute in the Walking Dead timeline, but I was glad Aaron was still fuming over Eric’s death in trying to take down the Saviors. That’s not something he should easily forget or forgive and it was important to address that as Negan starts to enjoy more freedom. 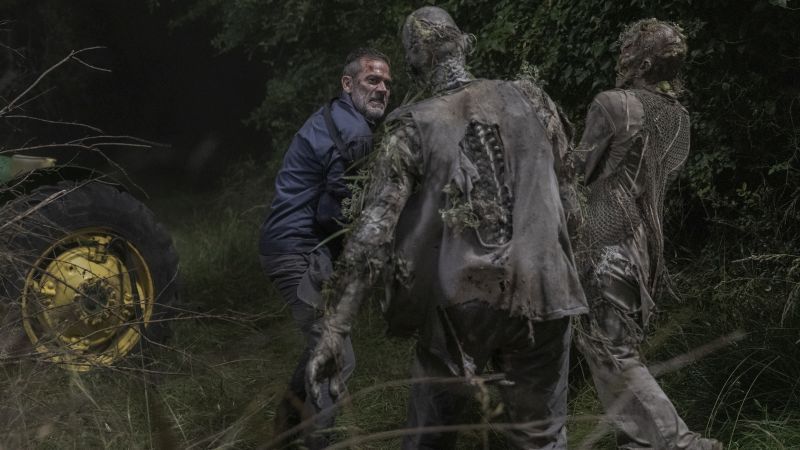 Thanks to a walker sporting some hog weed that temporarily blinded Aaron, Negan got to prove himself by not killing him. This shouldn’t make everything good between them, but it should help show that Negan can be counted on in a fight. They’re going to need Negan at his killing best when the big war with The Whisperers begins.

Eugene helps Rosita on walker clearing duty feeling a sense of obligation to help her stay alive. I love how Rosita keeps splashing every ounce of cold water on him and saying the two of them is never happening. Eugene got off a clever Eugene-ism saying he was hoping at some point she would think of him differently and he would rezoned into Love Town. But nah dude, that’s not for you. Rosita is so good. I’m glad the writers didn’t try to keep this storyline pumping. Rosita and Gabriel and Siddiq’s weird dynamic is more than enough.

Ghosts didn’t match the heights of the previous two episodes, but they were very strong episodes. That doesn’t suggest this was a bad episode at all as the Whisperers wall of walkers and Negan’s emergence into useful killing machine opens up some very intriguing storylines. 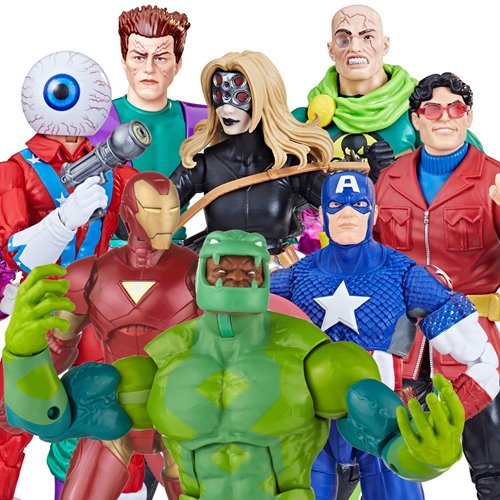