The final Star Wars: The Rise of Skywalker trailer dropped last night during a debacle of Monday Night Football. That was probably the only way anyone outside of New England was going to watch the Patriots destroy the Jets.

As expected, J.J. Abrams’ return to direct the final installment of the Skywalker saga looked impressive with some dazzling set pieces and moments. The real key of course will be if the story is any good.

Beyond the trailer, Disney released a slew of images to obsess and over-analyze over until Dec. 20.

J. J. Abrams tends to look for opportunities to pay homage to what’s come before so it’s hard not to look at those scenes with Rey fighting Kylo Ren in the typhoon and not think of Anakin battling Obi-Wan on Mustafar from Revenge of the Sith. The visual definitely looks impressive.

Throwing The Emperor out in the mix really seems like a left field desperation move. Maybe if there was even a trace of Palpatine operating behind the scenes in the first two installments this would be more rewarding.

As is, it just feels like using another character from the previous installments to make these new ones feel important. I still contend the best moments of the entire Sequel Trilogy were before Finn and Rey hooked up with Han and Chewbacca. Ever since that point it’s been this weird dynamic of the Original Trilogy characters doing this long form of passing the torch to characters that don’t feel fleshed out enough to take it.

I find it amazing how little we know about this trilogy let alone Rise of Skywalker. What is supposed to happen exactly? I don’t think that’s a function of a cool mystery, but an overall lack of development for the main characters.

One hundred percent I’m interested in Naomi Ackie’s character Jannah because she’s the second black woman with a role beyond Resistance pilot. Hopefully she is a cool character as well.

Keri Russell’s bounty hunter-esque looking character Zorii Bliss also looks cool. I’ve been burned a few times too many with cool looking characters amounting to nothing in Star Wars so I’ll only be so excited.

This payoff poster really looks good. If the movie is halfway decent, I’d happily add it to my Star Wars poster collection. 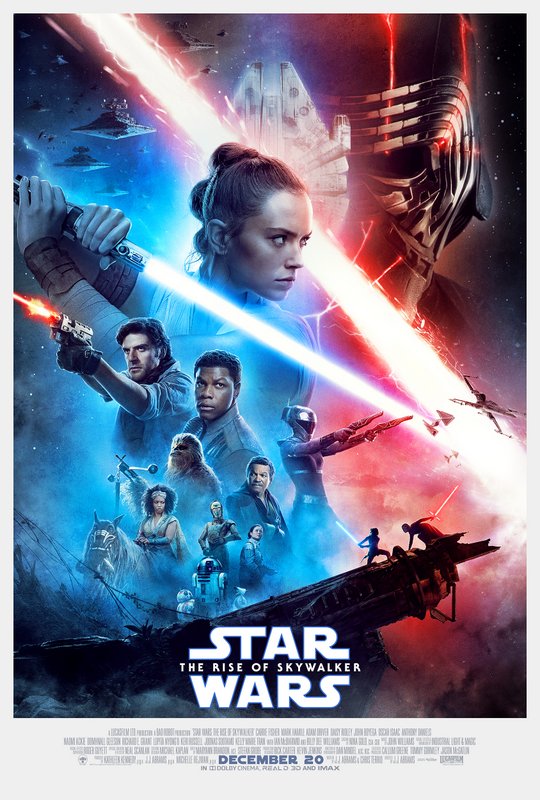