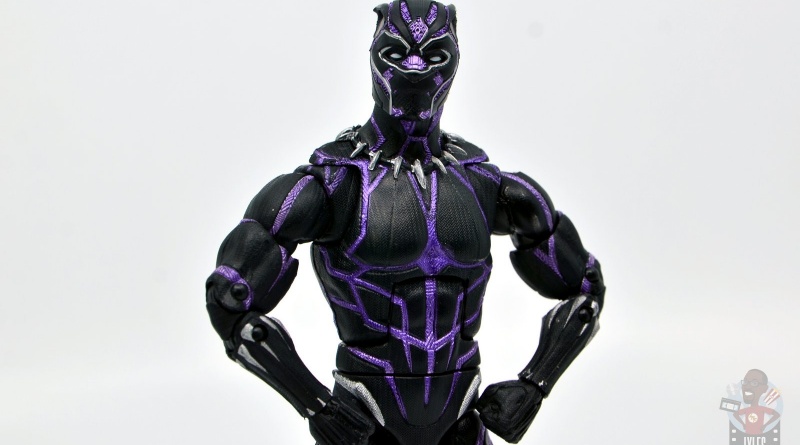 I’ve really procrastinated in writing this review. Not because of any lack of enthusiasm for the figure itself, but because there’s really not a lot new to say about the Marvel Legends Avengers: Infinity War Black Panther figure.

It’s essentially the same figure as the Build-a-Figure Okoye wave with a few alterations. Let’s see if it’s enough to charge me up.

Packaging:   To help stand the figure out from the BAF Okoye version, this Black Panther gets the Avengers: Infinity War logo with the bio tied in to T’Challa aiding Captain America and the Avengers. Makes sense. 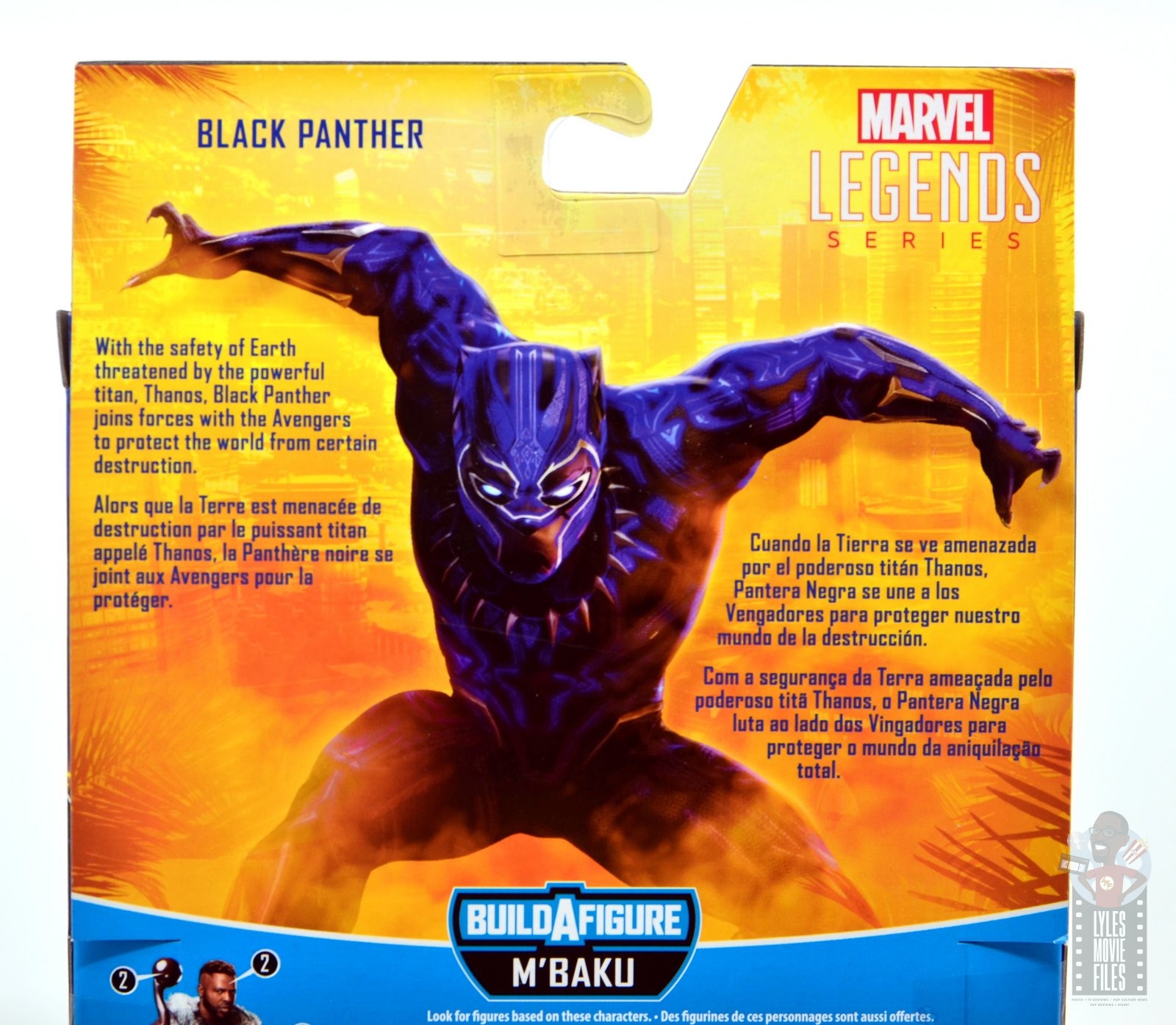 All the accessories are arranged neatly so you can see if anyone swiped anything. I do like the pouncing pose as if T’Challa is about to let loose a kinetic charge from his suit. 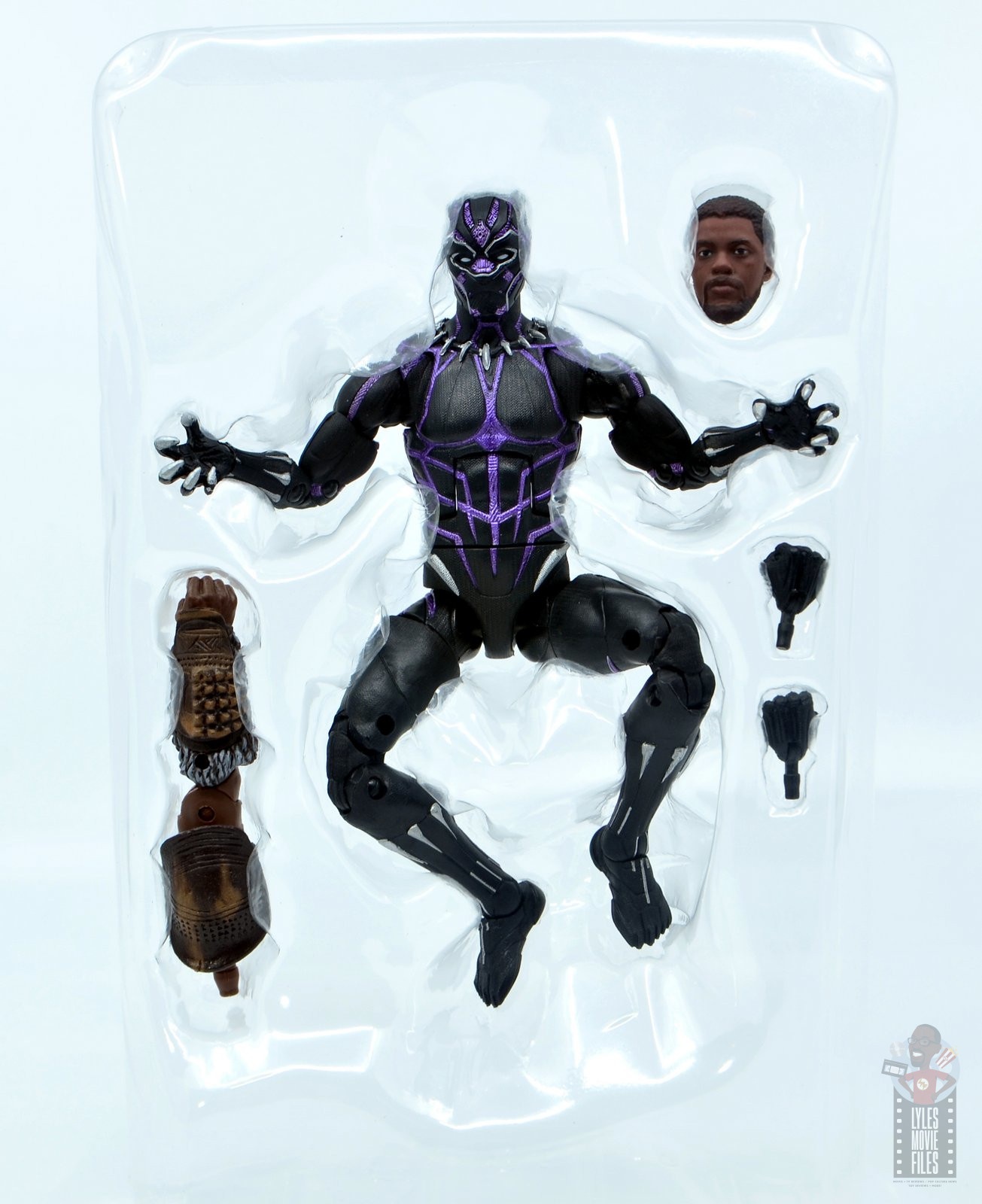 Likeness:  Sculpt wise this is the exact same figure as before. It’s an improvement over the original Civil War MCU version and features a better head sculpt with much more intricate detailing to stay true to the film costume. 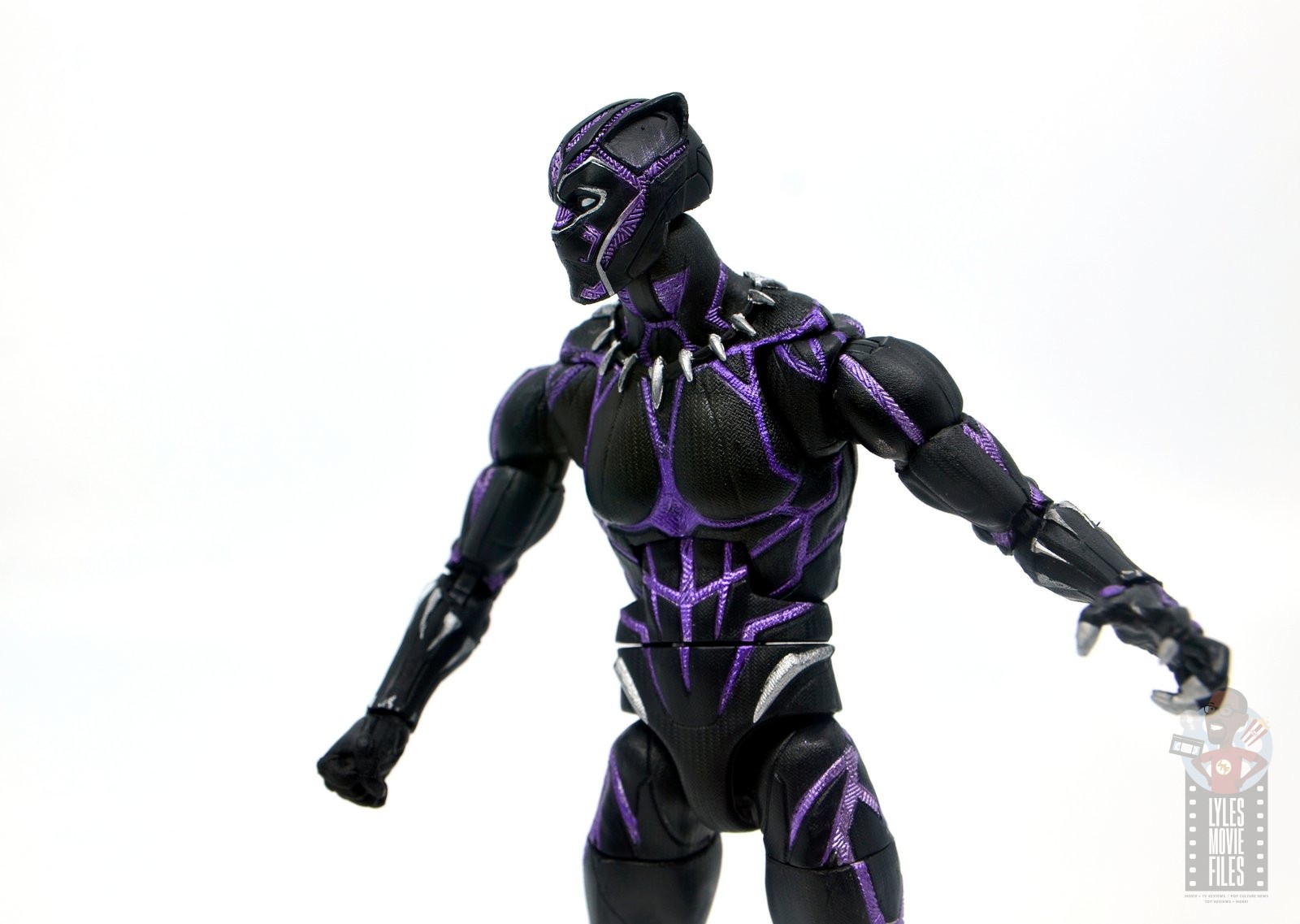 This version makes some of those enhancements easier to appreciate thanks to the biggest change. My figure had a slightly dented in right ear, which I’ll have to fix later. 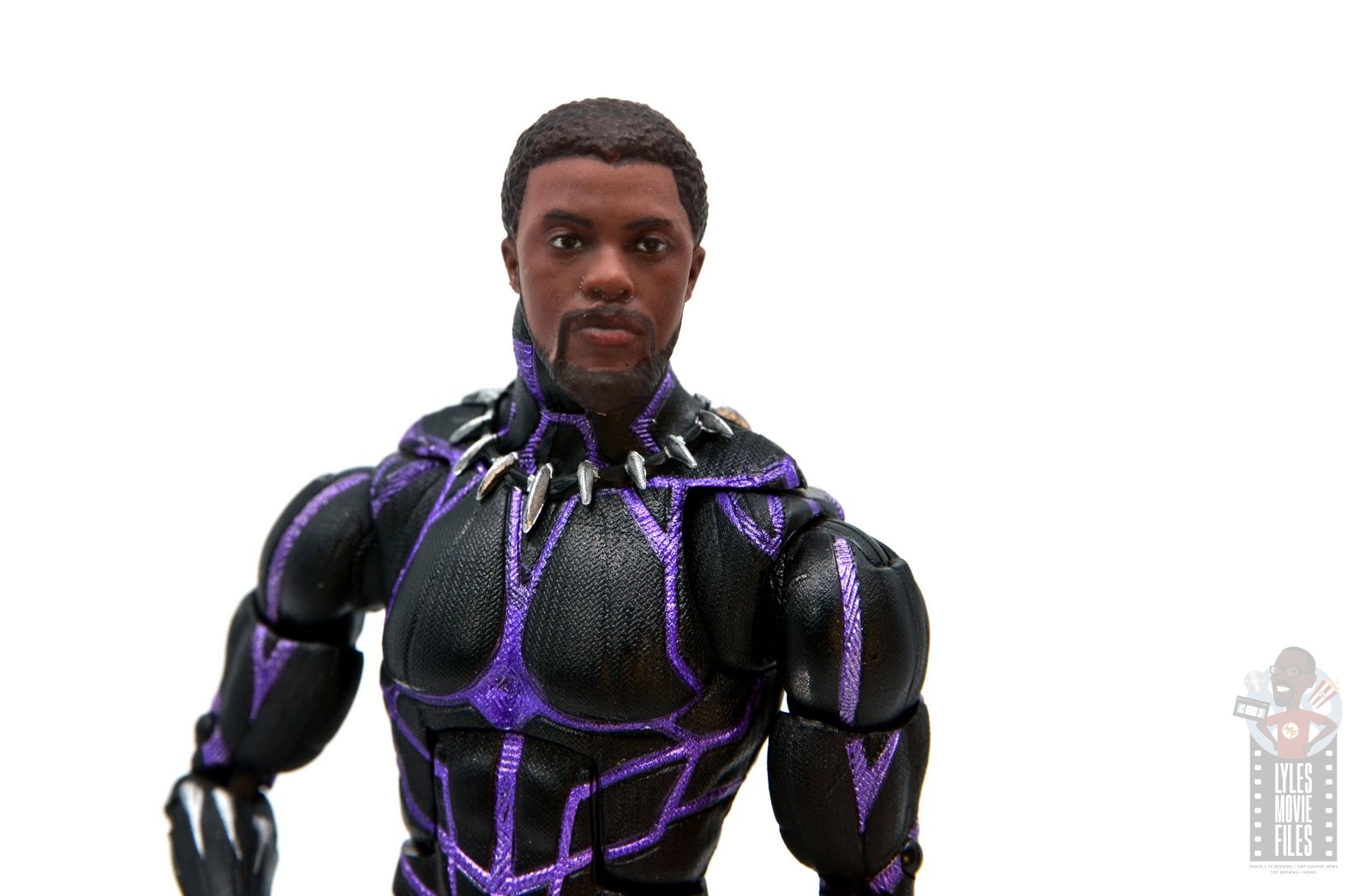 Paint:  When Black Panther starts taking enough punishment, his suit charges and he’s able to unleash a kinetic charge to flatten his foes. To capture that look, this version has purple highlighting. 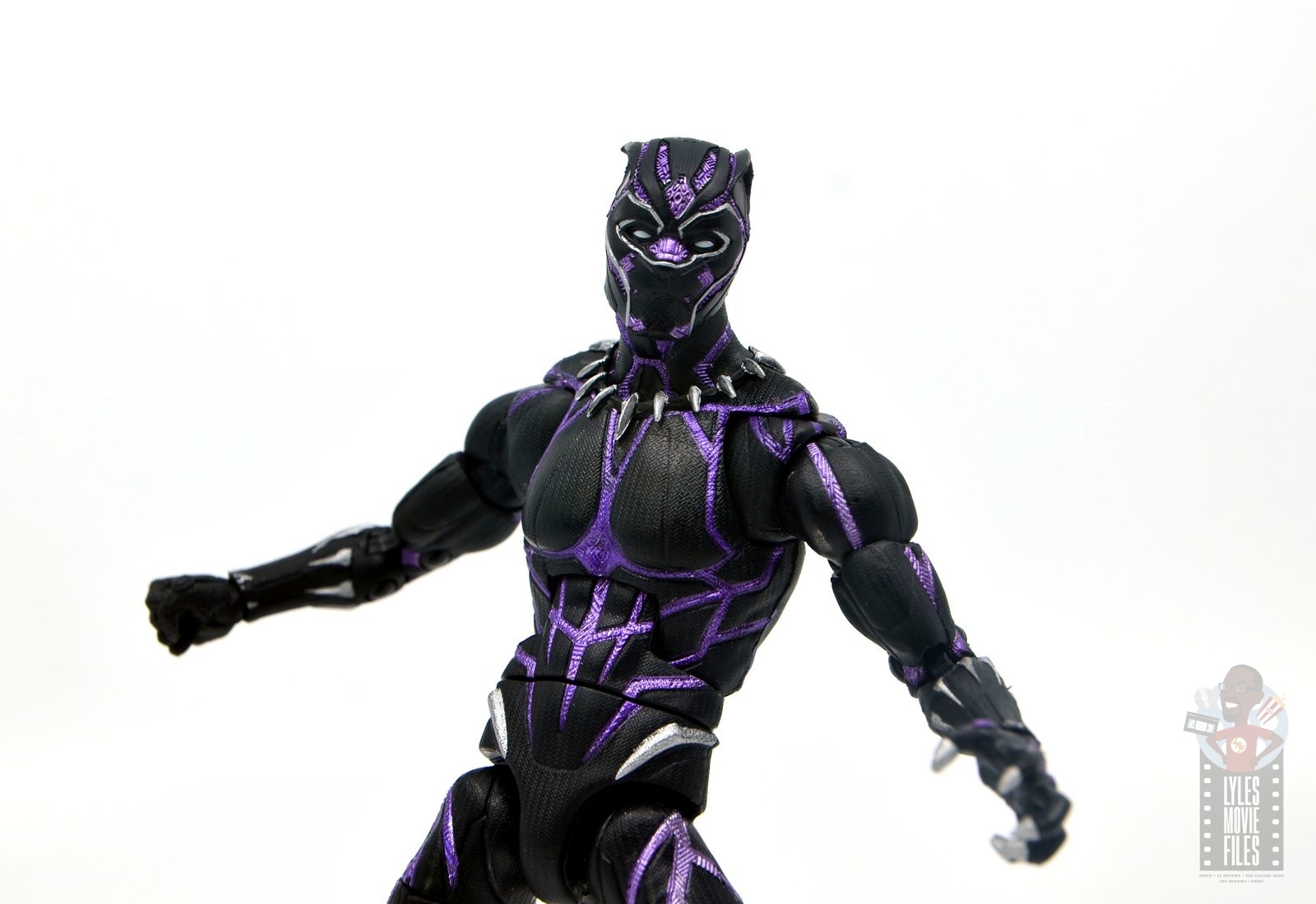 That paint came out very sharp and looks terrific. It’s a nice contrast to the silver elements of the uniform. The paintwork throughout is sharp with no oversprays of white, purple or silver anywhere.

Scale:  The shoulders give him a slightly smaller appearance, but he’s about the same size and height as the standard MCU character. And yeah, I still need to open those MCU Marvel Legends not so patiently awaiting their turn in the review spotlight. 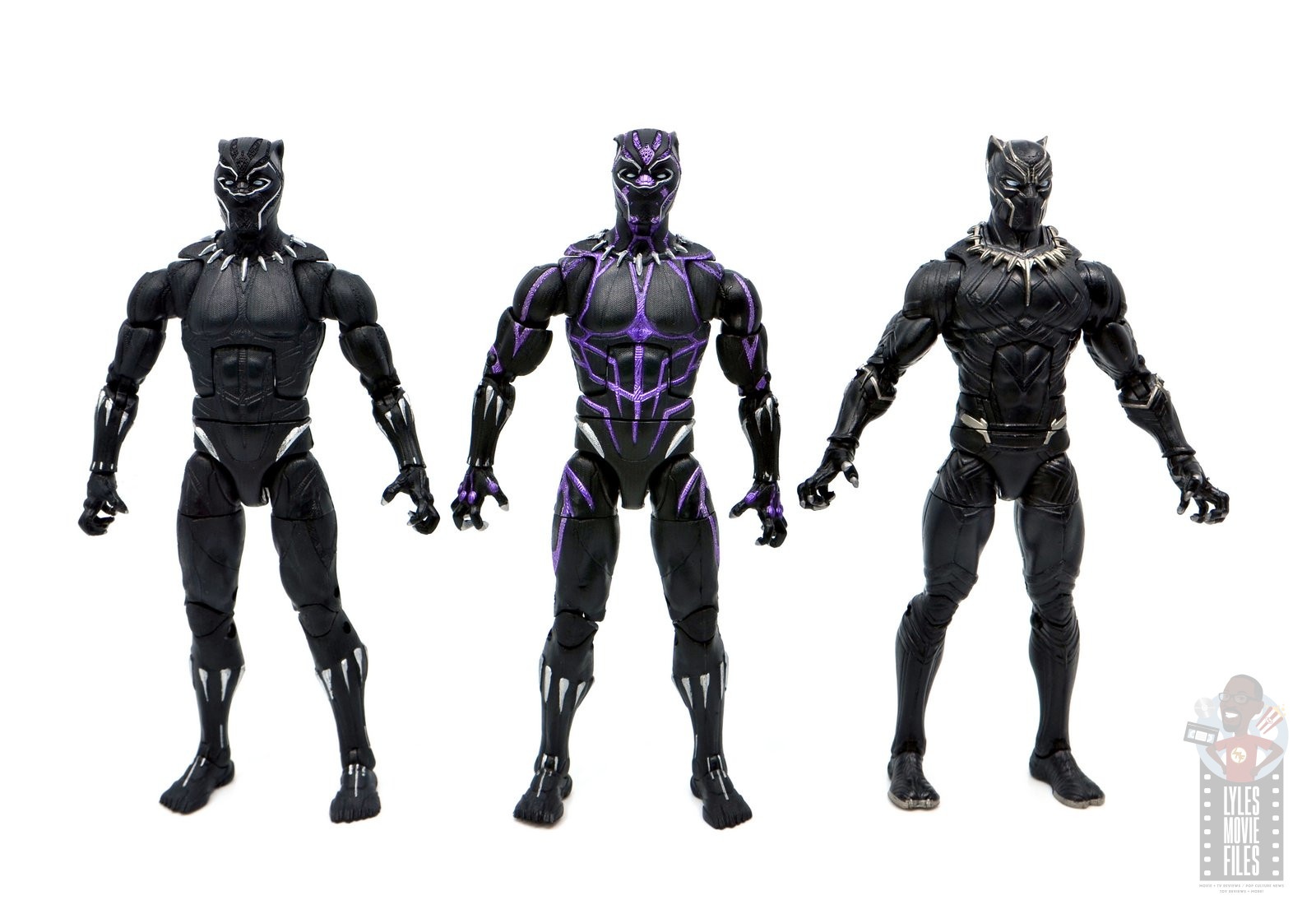 Articulation:  As unenthused as I might be for this re-paint, the articulation makes it one of my favorite Marvel Legends to play with and pose. It all starts with the butterfly shoulders, which provide better range for slashing attacks. The clawed hands really add some character to fight scenes for him and he’s able to hold some tricky poses as well. 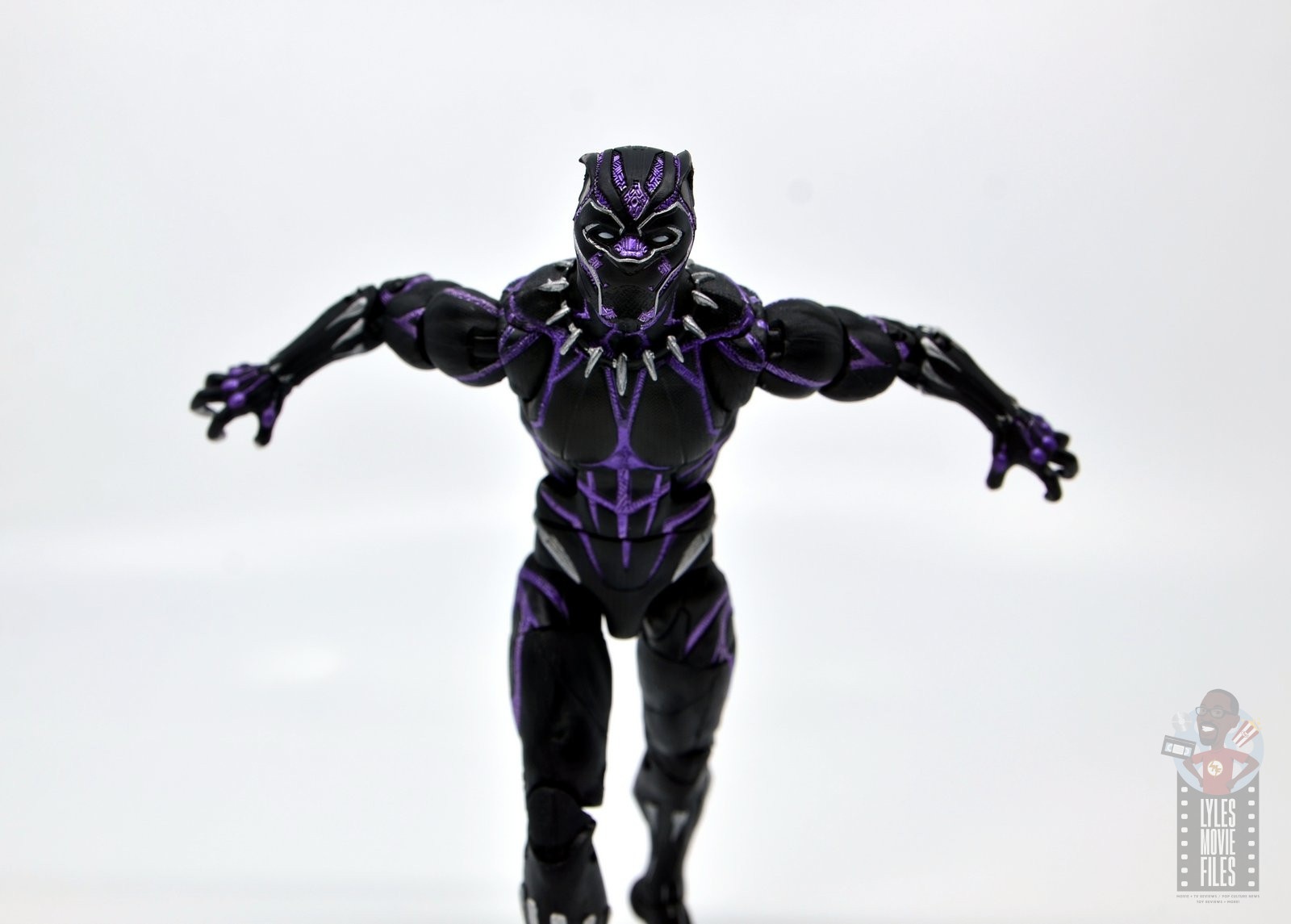 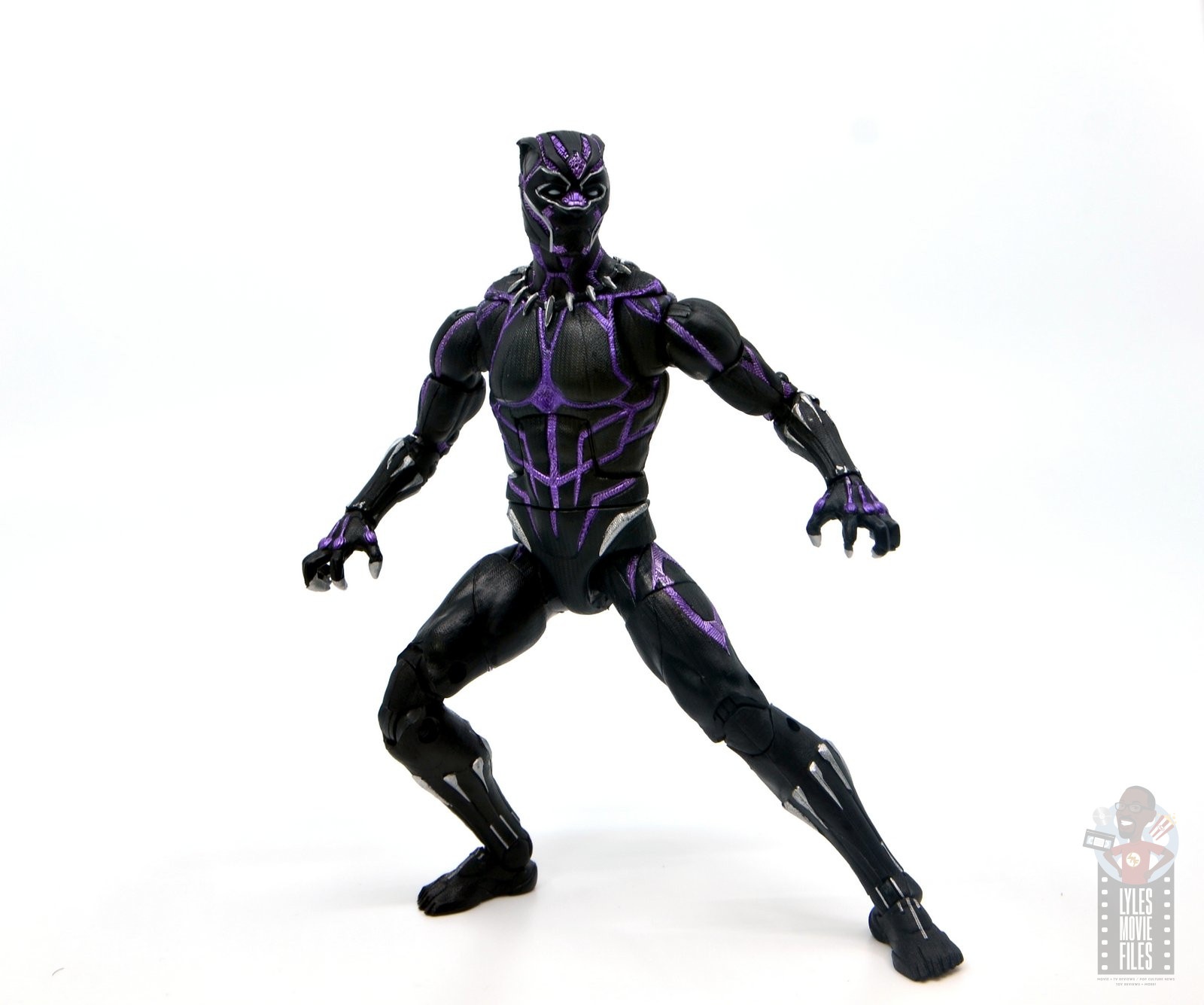 Accessories:  Here’s the big selling point for the figure. Originally when Hasbro released the Black Panther figure in the Okoye wave, the paint masters got screwy as Chadwick Boseman had a far too lighter skin tone. This time the likeness is much better overall from the sculpt right down to the skin tone. 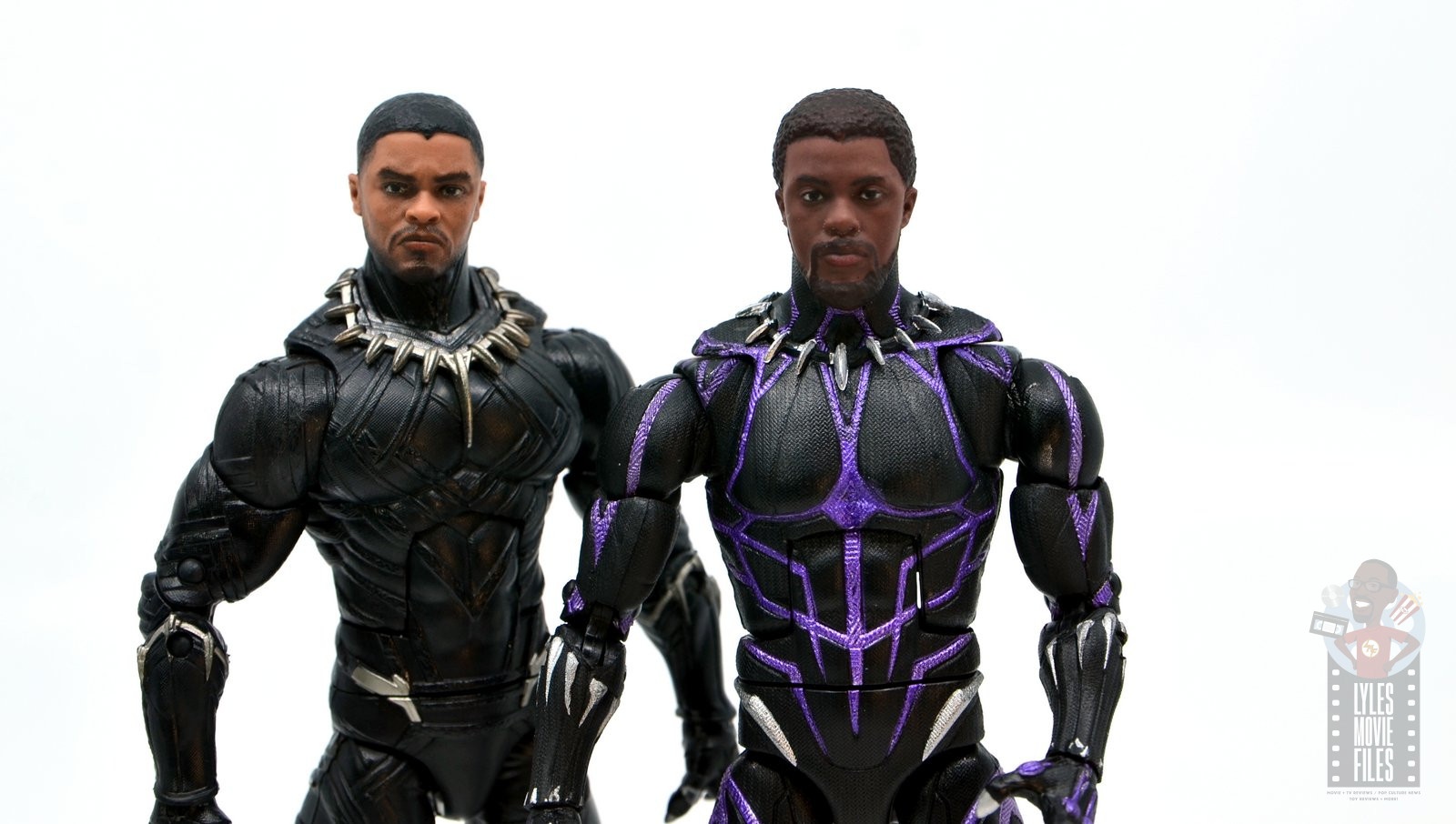 Additionally, Black Panther gets swappable fists for times when he doesn’t want to let the claws out. Finally he has the right arm of the Build-A-Figure M’Baku. 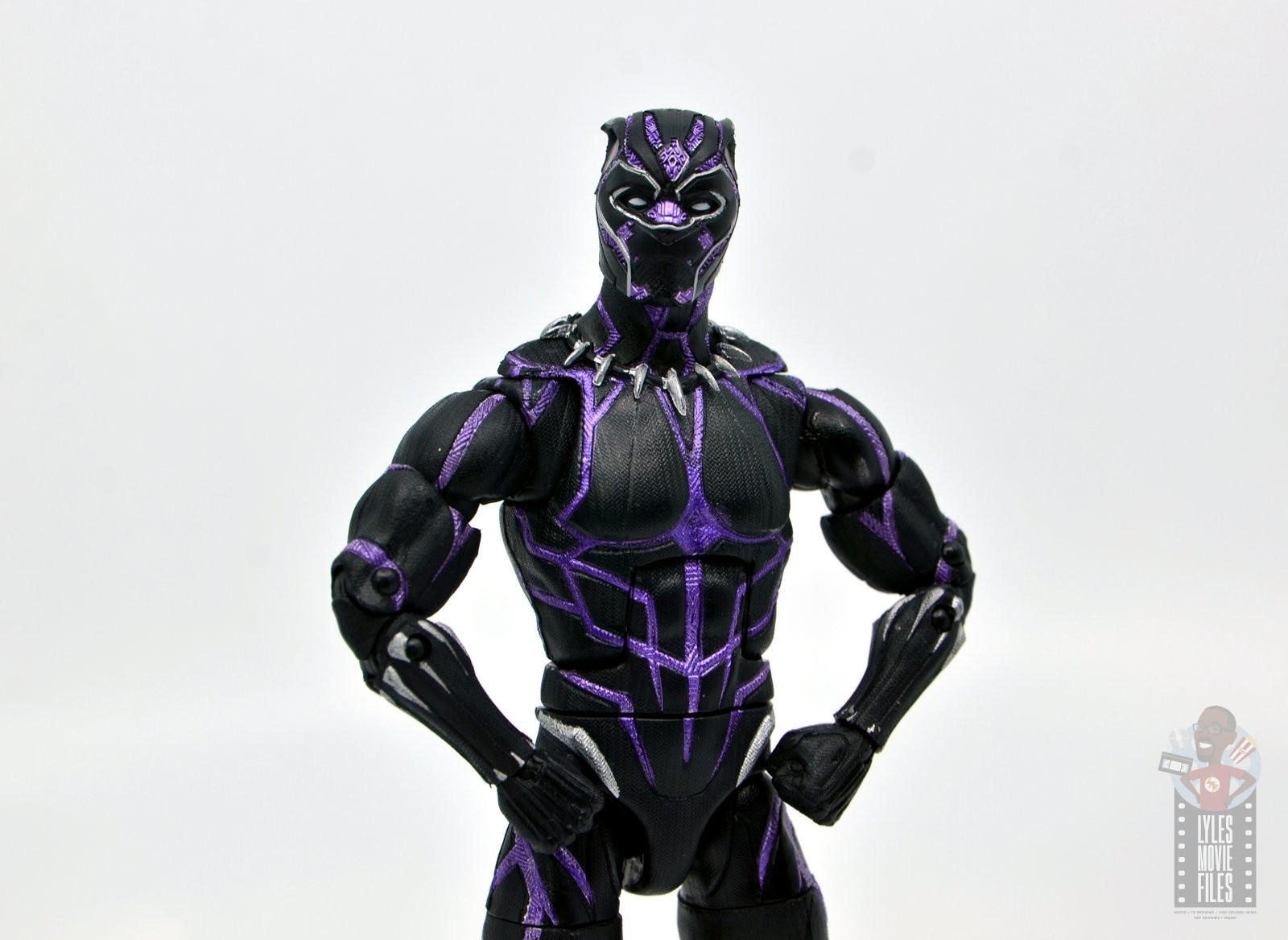 Worth it?  While I’d rather have gotten some more Wakanda tribesman or generic Kingsguard, there’s enough extras here to make the Black Panther variant worth grabbing especially for under $18.

If you missed the earlier Black Panther this is a nice alternative version to grab even if it’s in a permanently powered up phase. 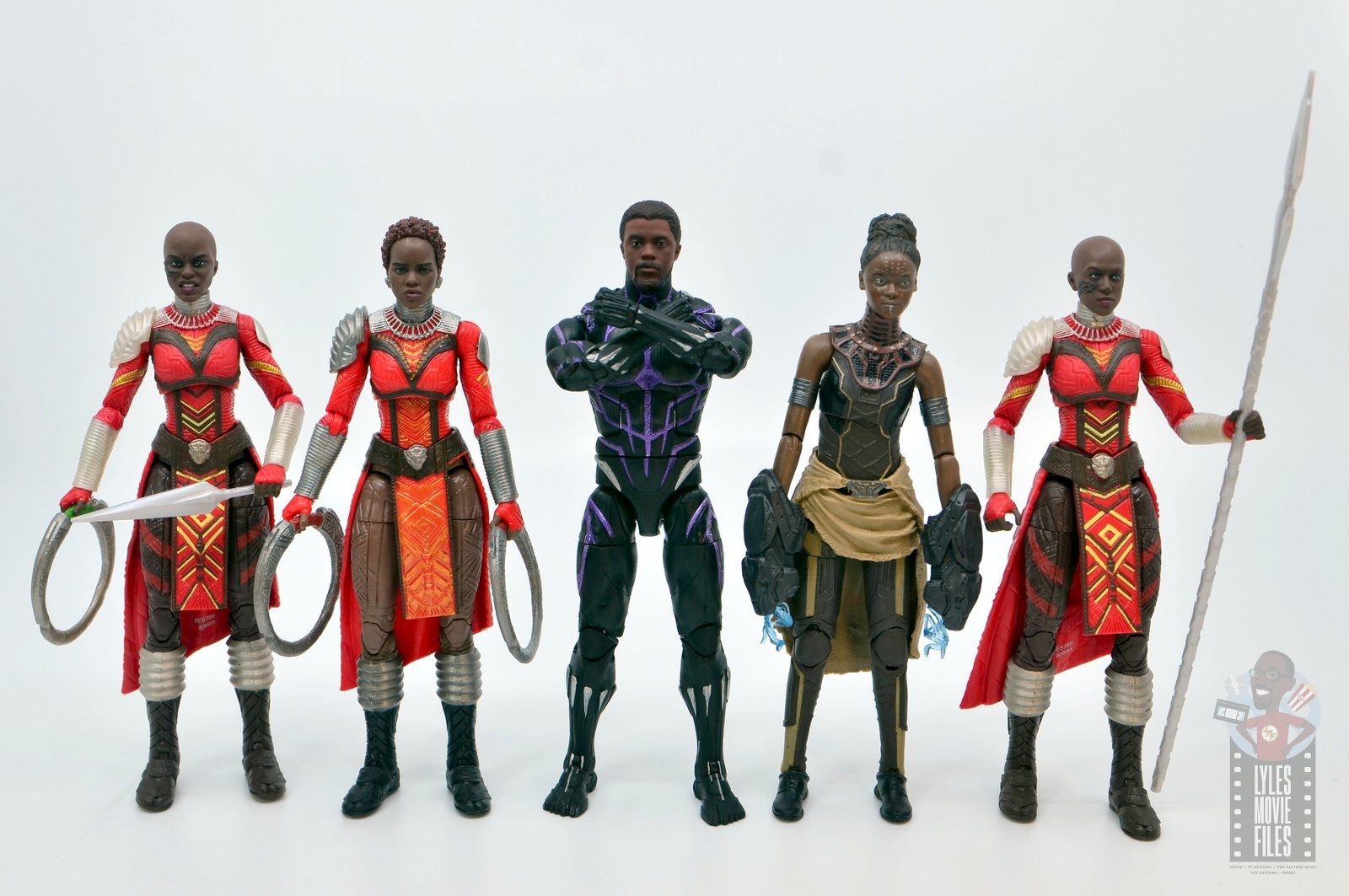 Where to get it?  I grabbed Black Panther on sale from Amazon.com.

As an Amazon Associate I earn from qualifying purchases.