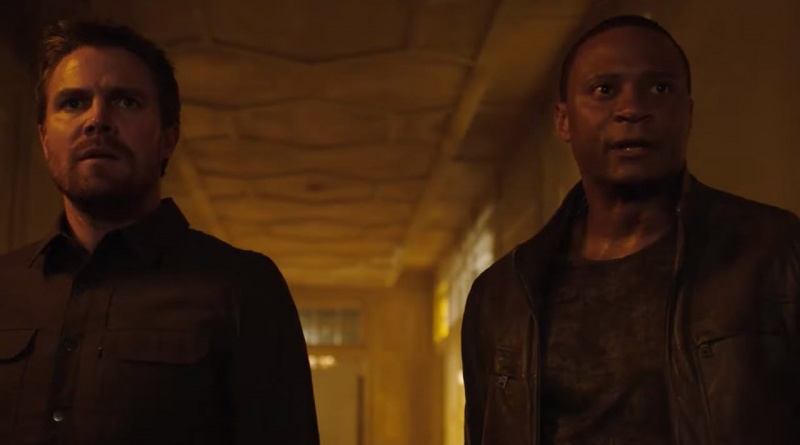 What the heck got into Arrow this week? Welcome to Hong Kong featured some strong action scenes, but might have featured the best performances throughout any episode of the series.

If anything Crisis on Infinite Earths has provided the most fitting backdrop to end Arrow. It’s also Arrow with a strong focal point without any need for fluff or boring subplots. The fate of the Infinite Earths makes for a pretty pressing story arc and as one of the two main shows building to the biggest crossover yet Arrow doesn’t seem like a bad episode can even be in the cards this season.

The Monitor seemed to take credit for Oliver’s actions of disobedience by redeeming Tommy and helping Laurel. That seems out of his power range, but he’s using that as an example of what will befall the rest of The Multiverse if Oliver doesn’t stick to the plan.

I wasn’t prepared for Black Siren’s reaction or Katie Cassidy Rodgers’ overwhelming grief over losing her loved ones and entire world. This really sold the impact of Crisis and how it can destroy people’s lives in an instant. Since there’s no need to introduce Lady Quark — a powerhouse character from the comic Crisis who lost her family early on — Black Siren makes a better surrogate character to have survived her world’s destruction. 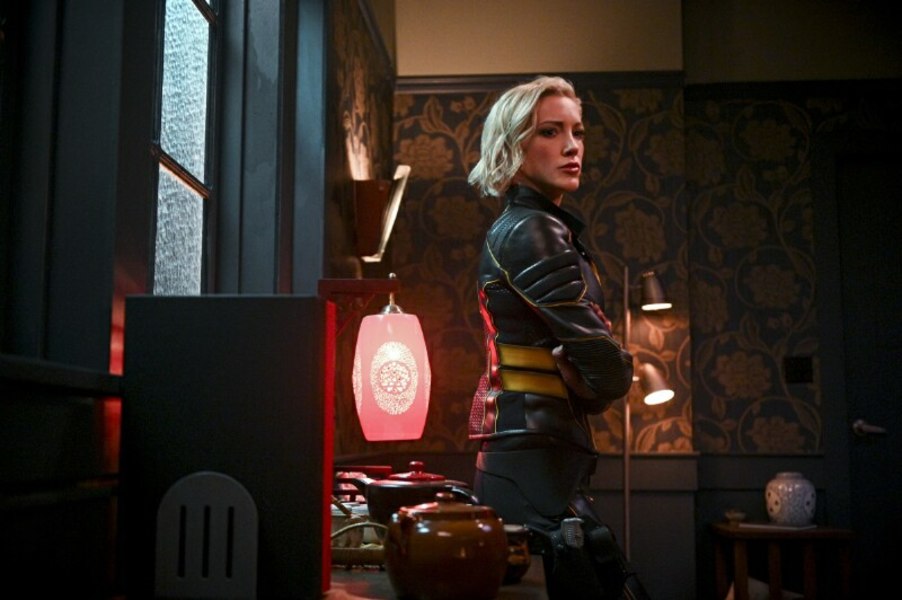 It was smart to have Black Siren process the reality that her world was obliterated while having an unlikely, but effective team-up and bonding moment with Lyla. I liked Laurel tracking down an expert who tried and failed to open a breach to Earth-2.

This also left Oliver with a ton of guilt over his role in a world getting wiped out. The Monitor sent Oliver and crew to Hong Kong to fetch a Dr. Wong, who the Triad is after to make the Alpha Omega virus last seen in Season 3 again. This also makes for a perfect excuse to bring back Katana (yes!).

Katana was always a character that seemed like should have been utilized way more often in the series so it was great seeing her again. In addition to his guilt over Earth-2, reuniting with Katana was a reminder that Oliver already failed in saving a parent’s loved one. Stephen Amell delivered another emotional performance here as we’re seeing an already emotionally drained Team Arrow trying to rally long before Crisis gets underway.

In a cool twist, Katana already knows about The Monitor and has some inkling on Crisis. That makes sense seeing as how The Monitor has been all over and he’d probably want to get more agents in place beyond Oliver Queen.

Since we’re in Hong Kong, it also made sense for a China White appearance. As Oliver’s first nemesis, this was a great callback to one of the series’ longstanding and surviving villains.

After securing Dr. Wong with Lyla and Laurel’s help, Oliver decides he’s not just going to blindly trust The Monitor. He needs some answers, but he’s going to get them from Nanda Parbat and the League of Assassins.

So far the future storyline has been a pleasant surprise. Without the killjoy adults around, Team Arrow: The Next Generation are a decent mix of personalities and Mia has toned down the attitude 97%. I’m actually invested in this whole Connor trying to turn JJ from the dark side subplot. 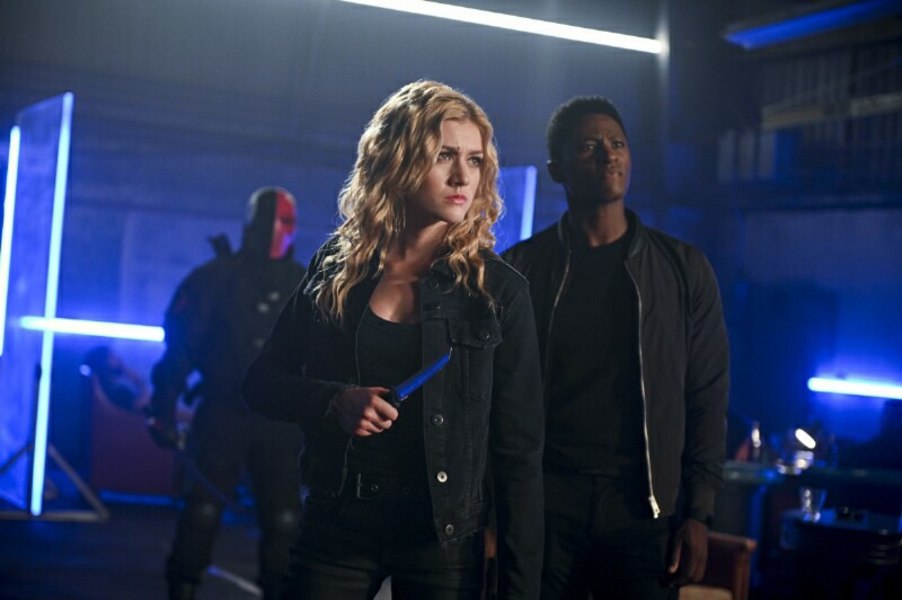 Charlie Barnett and Joseph David-Jones did an impressive job of summarizing the emotional toll of their characters’ strained sibling relationship. It’s nice to see that JJ is an actual threatening villain who knows how to use people’s emotions as a weapon against them just like Slade.

That final scene was crazy. Lyla — our Earth’s Lyla — is actually working with The Monitor in a direct homage to the Crisis comic series. In Crisis, Lyla was The Monitor’s emissary carrying out his plans and serving as a go-between while he operated behind the scenes. 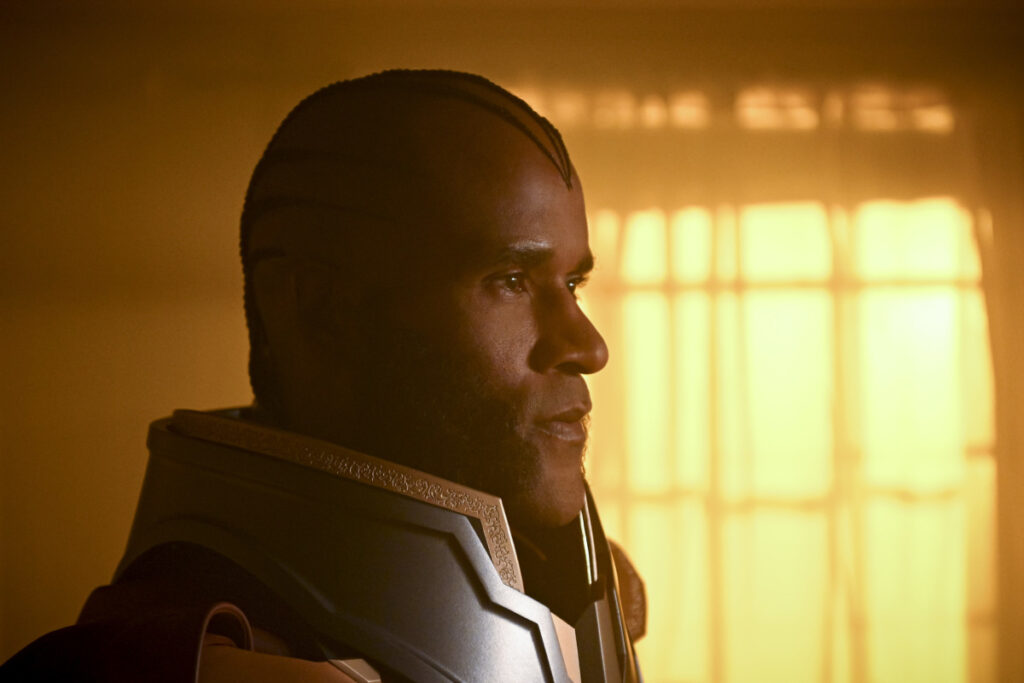 The notion that Lyla has been doing that in the Arrowverse is a major bombshell revelation and one that will definitely have a major impact on Crisis and the rest of Arrow.