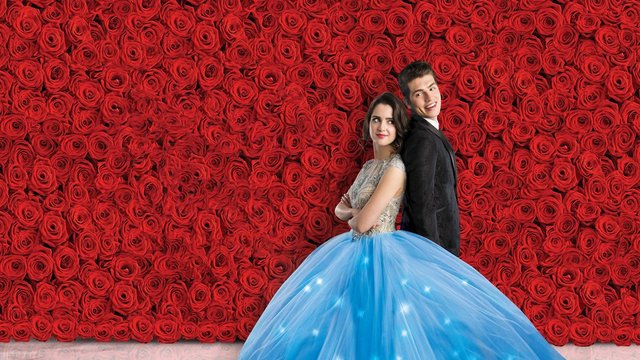 Warner Bros. Home Entertainment provided me with a free copy of the Blu-Ray I reviewed in this Blog Post. The opinions I share are my own.

Netflix has basically cornered the market on Christmas and teen romance films so it’s a nice surprise to find a film like A Cinderella Story: Christmas Wish, which manages to find some fun wrinkles on an all too familiar story.

Laura Marano (The Perfect Date) stars as Kat Decker, who dreams of being a hit singer/songwriter. Her reality is far removed from those dreams as she works at a Christmas village and singing carols as an elf with her best friend Isla (Isabella Gomez). There’s something about the new Santa that’s piqued Kat’s interests. She doesn’t realize he’s the school dreamboat Dominic (Gregg Sulkin) that is the envy of every would-be high school influencer.

His identity is a secret thanks to their manager Mr. Mujiza (Garfield Wilson) insisting that his cast stay in character and in costume at all times. Yeah, it’s a movie clause designed to maintain a level of secrecy that likely wouldn’t be followed in the real world, but it works in this case. 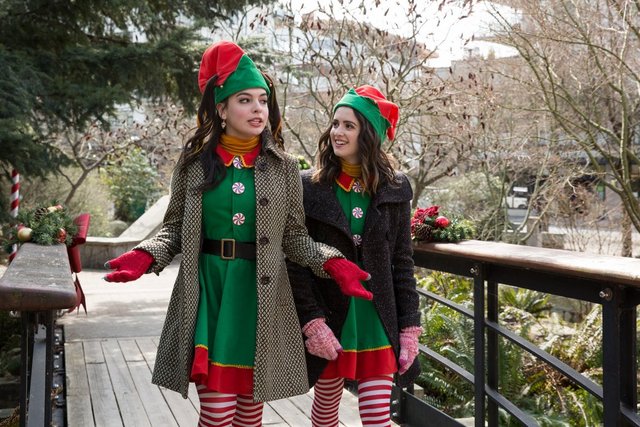 Kat is keenly aware that her home life is terrible as she’s constantly harassed, belittled and demeaned by her stepmother Deidre (Johannah Newmarch) and her stepsisters, the ironically named Joy (Lillian Doucet-Roche) and Grace (Chanelle Peloso). Newmarch, Douche-Roche and Peloso do a tremendous job being catty and cruel characters that are easy to root against. Marano and Sulkin have easy chemistry and are well matched while Gomez is a charming BFF.

Director/Writer Michelle Johnston wisely doesn’t try to retell the Cinderella fairy tale note by note. Instead of a fairy godmother, Isla handles all the magic with some Disney-esque assists from her dog, Bruno.

There’s some clever modern touches like the evil stepsisters posting an embarrassing video of Kat that goes viral. Johnston avoids some cliches like Dominic’s father (Barclay Hope) not being invested in his son’s interests or a token gay best friend. And Kat has to take the abuse for her “steps” because Deidre keeps threatening her inheritance until she turns 18. It’s not a revolutionary script, but it’s very enjoyable for the genre with some genuinely funny moments and PG-romance that has the fairy tale build where the kiss is the destination not the start of something wilder.

The spontaneous breaking out into songs always comes off a tad hokey, but with the right presentation it can come off well enough. With Christmas Wish the setups are fine, but the clearly produced songs with heavy use of Auto-Tunes makes it come off more like music video interludes instead of a random song. It’s even more confusing since the performers actually do all their own singing anyway. At least the songs are catchy and spaced out enough so they can get stuck in your head. Like any good musical the choreography is on point without feeling too overblown. 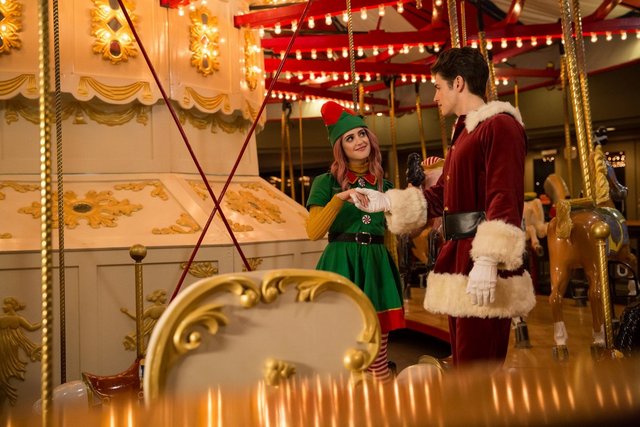 Johnston returns to the franchise after directing the fourth installment of the franchise, A Cinderella Story: If the Shoe Fits, and serving as the choreographer on the first four films. Clearly, Johnston knows how to make this formula works, but it’s surprising she hasn’t been tabbed to do more teen romance films (hello Netflix) as she easily could replicate this level of success on other projects.

A Cinderella Story: Christmas Wish knows its target audience well with just the right amount of musical numbers, romance and fun. And with a brief 85-minute run time, it’s probably going to be a film in heavy rotation this Christmas season.

There’s a pair of bonus features that actually add to the film and aren’t the abbreviated fluff pieces to provide some more content.

In this extended feature, Johnston, the cast and choreographers explain some of the magic of the song and dance numbers. Sulkin’s accent was a surprise as it wasn’t noticeable at all during the film. Marano definitely seemed to have fun talking about the behind the scenes stories as well.

The Look and Costumes of A Christmas Wish (5:33)

Costumer Valerie Halverson breaks down her creative process with the character costumes and some of the cast shares their take on their characters’ mindset with their wardrobe. While it’s under 10 minutes it’s an effective feature that adds useful insight.

Own A Cinderella Story: Christmas Wish on Blu-Ray and DVD now from Warner Bros. Home Entertainment on Amazon.com.

As an Amazon Associate I earn from qualifying purchases