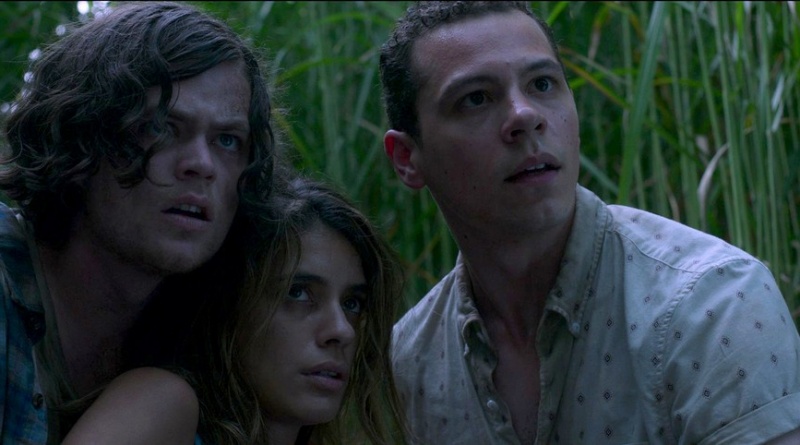 In the Tall Grass starts off very promising and succeeds early on as unnerving thriller before getting choked out by an out there final act. This Stephen King adaptation is one of those films that needed to end while it was still good. Instead it kills off all the goodwill and suspense it’d earned and just left me impatient for the credits.

To start, director/writer Vincenzo Natali gets the art of building the mystery. A pregnant woman, Becky (Laysla De Oliveira, The Gifted), and her brother, Cal (Avery Whitted), stop along the side of the road when they hear a boy named Tobin (Will Buie Jr.) frantically screaming for help.

Only trouble is the ridiculously tall grass makes it impossible to find him. Given the foresight of knowing things are going to go bad it’s easy to question why Becky and Cal would go traipsing into the foliage figuring they would find the boy before his parents who are also in the grass. 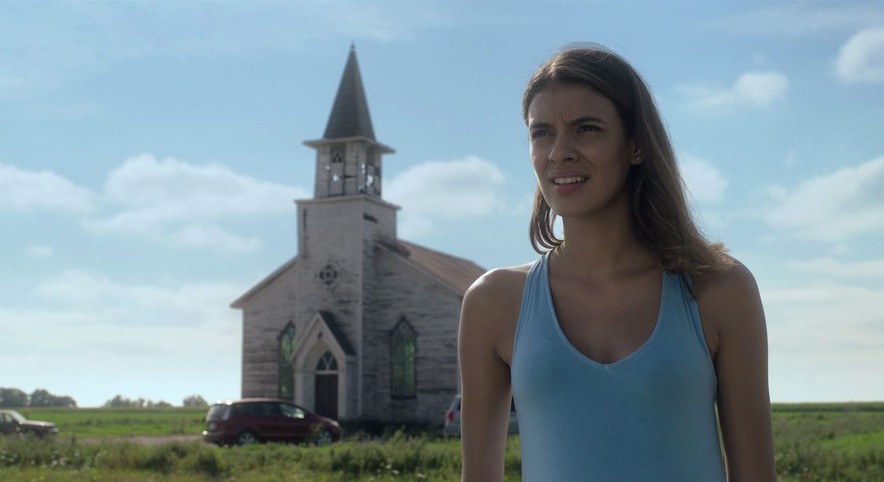 Naturally Becky and Cal get separated. They’ve got the right idea about finding each other, but there’s something weird going on in the fields as the closer they should be to one another the father apart they get. Becky eventually runs into Tobin’s father, Ross (Patrick Wilson, Aquaman). For some reason Becky doesn’t find Ross’ bloody shirt suspicious especially with no sign of his wife, (Rachel Wilson no relation). Cal finds Tobin, who is acting very weird and wants him to touch this ominous rock in the middle of the field.

Things get worse for the group and the focus then shifts to Becky’s ex, Travis (Harrison Gilbertson), who’s traveled their route to find her. It’s here where Natali reveals a very cool an effective twist that sets the film up in an clever, fresh direction.

Natali milks the tension of the blowing tall grass and the notion that it has some level of sentience. It’s when he tries to convey that level of mysticism and supernatural aspect to the film that Natali loses his way much in the same way as the characters. There’s long sequences of just weird imagery from grass creatures, blood droplets and a possible incest subplot. In the Tall Grass gets weird quick and once it starts heading in that direction there’s no twist that can salvage it.

The cast is game. Wilson is one of those versatile actors who can be the sympathetic main hero character one moment then transitions to the possessed crazy the next. De Oliveira does what she can, but the script handcuffs her by making her pregnancy a vulnerability that’s easily exploited and putting her in the middle of this bizarre love triangle with Travis and Cal.

We’ve seen some screenwriters take some of King’s odder moments in his books or in this case, a novella, and make them work (It Chapter Two most recently). For his third full length script, Natali doesn’t have the experience to be able to maintain the film through its laborious one hour and 40 minute run time. There’s some violent scenes that almost feel out of place with the deliberate pacing.

Eventually there’s only so much swaying grass and moon gazing before the film just starts to get annoying to look at much like that lawn that needs one more good cut before the winter. In the Tall Grass shows promise, but it’s probably better suited for a King anthology than a full-length film left to stand weakly on its own.