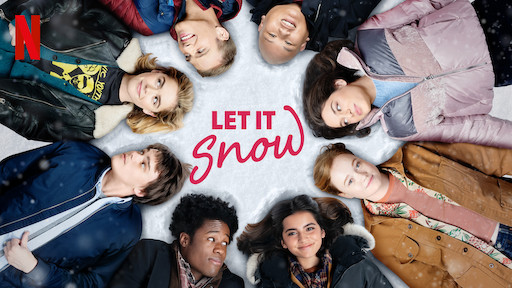 Since its 2003 debut, it seems like any ensemble Christmas film tries to be the next Love Actually. Let It Snow doesn’t have the megawatt star power and its issues aren’t quite as heavy and widespread, but it makes for an entertaining teen version of the beloved film.

It’s Christmas Eve in the town of Laurel and the arriving snowstorm is bringing its own bit of magic to the community.

Julie’s (Isabela Merced) days gets thrown for a major loop when she has a random encounter with pop star Stuart (Shameik Moore, Spider-Man: Into the Spider-Verse). Tobin (Mitchell Hope) is ready to tell his best friend Angie (Kiernan Shipka, Chilling Adventures of Sabrina) that he wants to be more than friends. Waitress Dorrie (Liv Hewson, Inhumans) is stoked that her crush, Kerry (Anna Akana) has arrived at her table as her best friend Addie (Odeya Rush, Lady Bird) is on the verge of a meltdown. And Keon (Jacob Batalon, Spider-Man: Far From Home) just wants to have throw the biggest Christmas Eve party Laurel has ever seen.

The film lacks a satisfactory payoff for the subplot involving Joan Cusack as the town’s tow truck driver, who for unexplained reasons has covered her coat and hat with tin foil. It’s the kind of running gag that needs a resolution yet just kind of whimpers away to the end credits.

I’m always going to have more time for films that make more than a token effort to be diverse. Let It Snow is a terrific model for modern films to follow in terms of casting for non-period pieces. There’s no excuse why films set in the present day can’t have prominent characters of various races, sizes and sexual orientation. Especially in a case like this where the cast is so charming and likable. Moore and Merced are a very engaging pair and the Stuart/Julie subplot is one of the standouts.

Besides a musical number that really feels out of place, Director Luke Snellin has a good handle on the pacing. There’s a few physical comedy moments that Snellin wisely doesn’t make too silly or goofy. It’s easy to buy those events happening in a realistic setting and not the overblown boost of movie magic. At times it seems like Snellin got a little too overeager with the cold breath and CGI snowfall, which never quite manages to look that authentic. 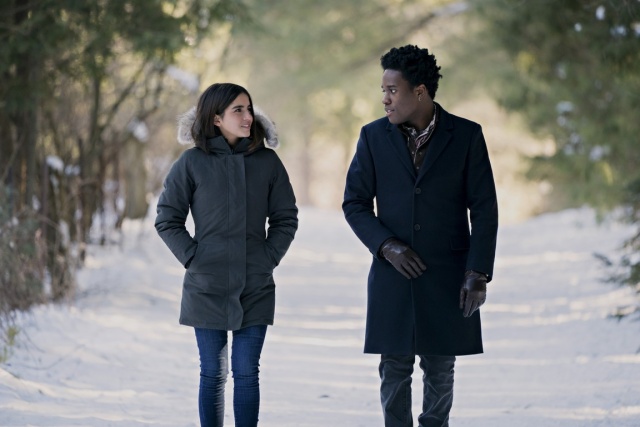 With a reasonable 92 minute run time, the film flies by and doesn’t feel like that relative that won’t go home. I could easily see Let It Snow being in the regular Christmas movie rotation this season and many years to come.