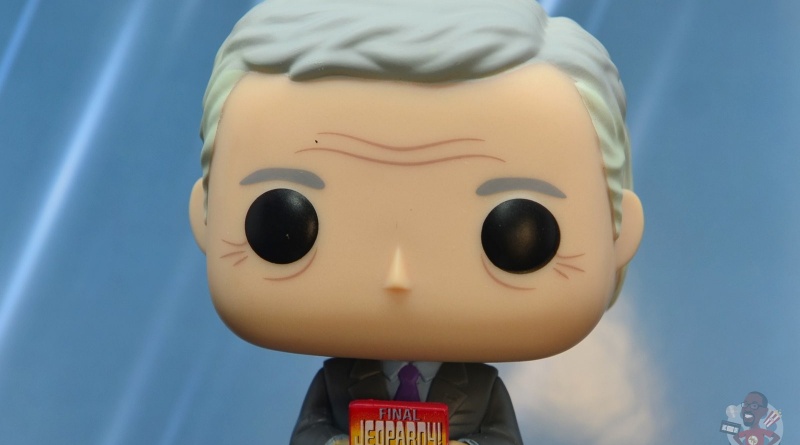 Like I’m sure for many of you Jeopardy was a family staple growing up as watched the show and was always entertained by host Alex Trebek. My dad was the Jeopardy expert in the house and I was always amazed at how much random knowledge he has about history and world events.

Now if Jeopardy ever wanted to do a figure or movie theme episode, I’d clean up. Funko recently released a POP! figure of Alex Trebek for its TV line. I got to attend a recording of an episode and was surprised how charming and hilarious Alex is off camera. Naturally his cancer diagnosis has a lot of Jeopardy fans concerned and I’m glad we’re getting this figure while he’s still here to appreciate it.

Packaging: Funko went with a cool Jeopardy backdrop for the side panel placing the drawing of the figure like he would stand center stage on the show. The back features a smiling portrait of Alex. For some reason I got a good laugh at the impossible challenge to collect them all. Yep, only 776(!) and counting.

As usual the figure is nestled in the plastic and comes out with little effort.

Likeness:  My wife doesn’t appreciate the subtle nature of Pops and how they capture the essence of a person or character in a simplistic style. Maybe I wouldn’t immediately say this was Alex Trebek without the handy Final Jeopardy placard, but it all comes together. 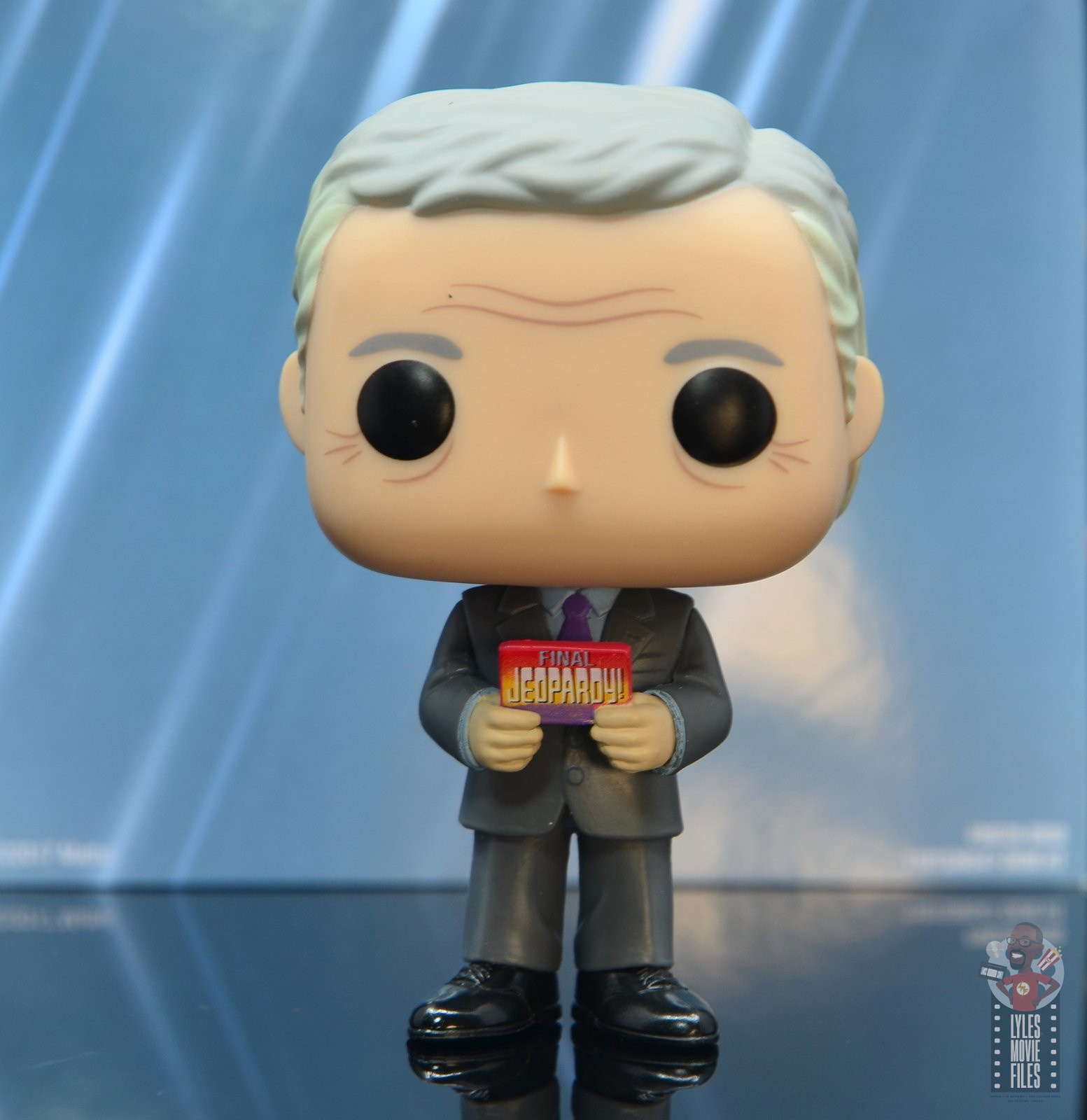 I like the waviness of Alex’s hair and the simple pose of him holding the Final Jeopardy card.

There is also a younger Alex figure available with his iconic mustache, but I kinda dig the clean shaven one — especially since the younger figure is a chase and goes for four times as much as the common version.

Paint:  Even at this scale Funko does what some companies won’t in regards to adding a wash to Alex’s grey hair. That goes a long way to selling the likeness as does the wrinkles and crow’s feet.

The darker grey suit, blue shirt and purple tie looks straight out of the Trebek wardrobe. I’m impressed by the solid lettering job on the Final Jeopardy card, which also has a gradient. That’s not easy at that small size. 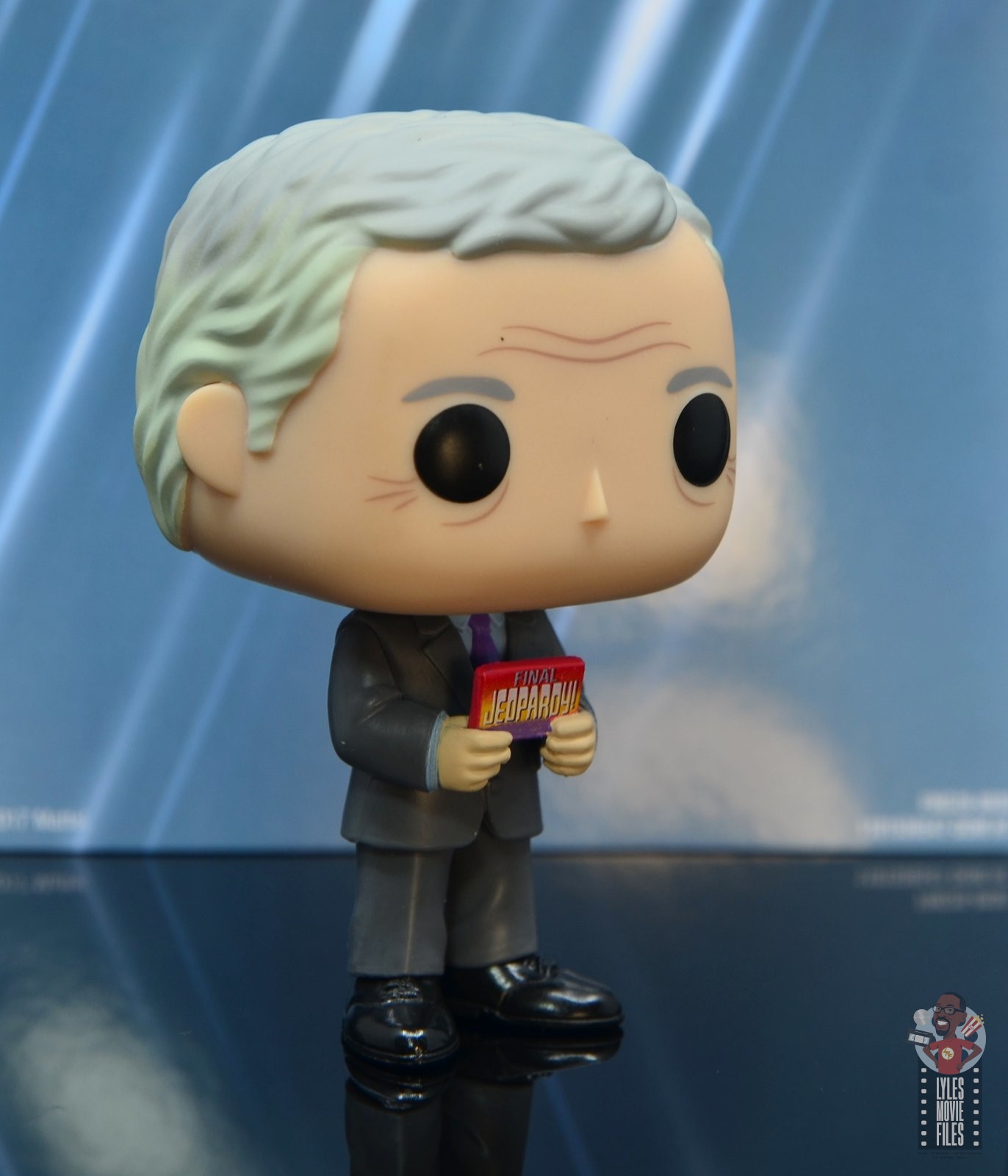 My Pop collection runs the gamut of my interests beyond comic books and sports and I love being able to have a representation of Alex Trebek hanging next to Cyclops, Ryu and The Rock. 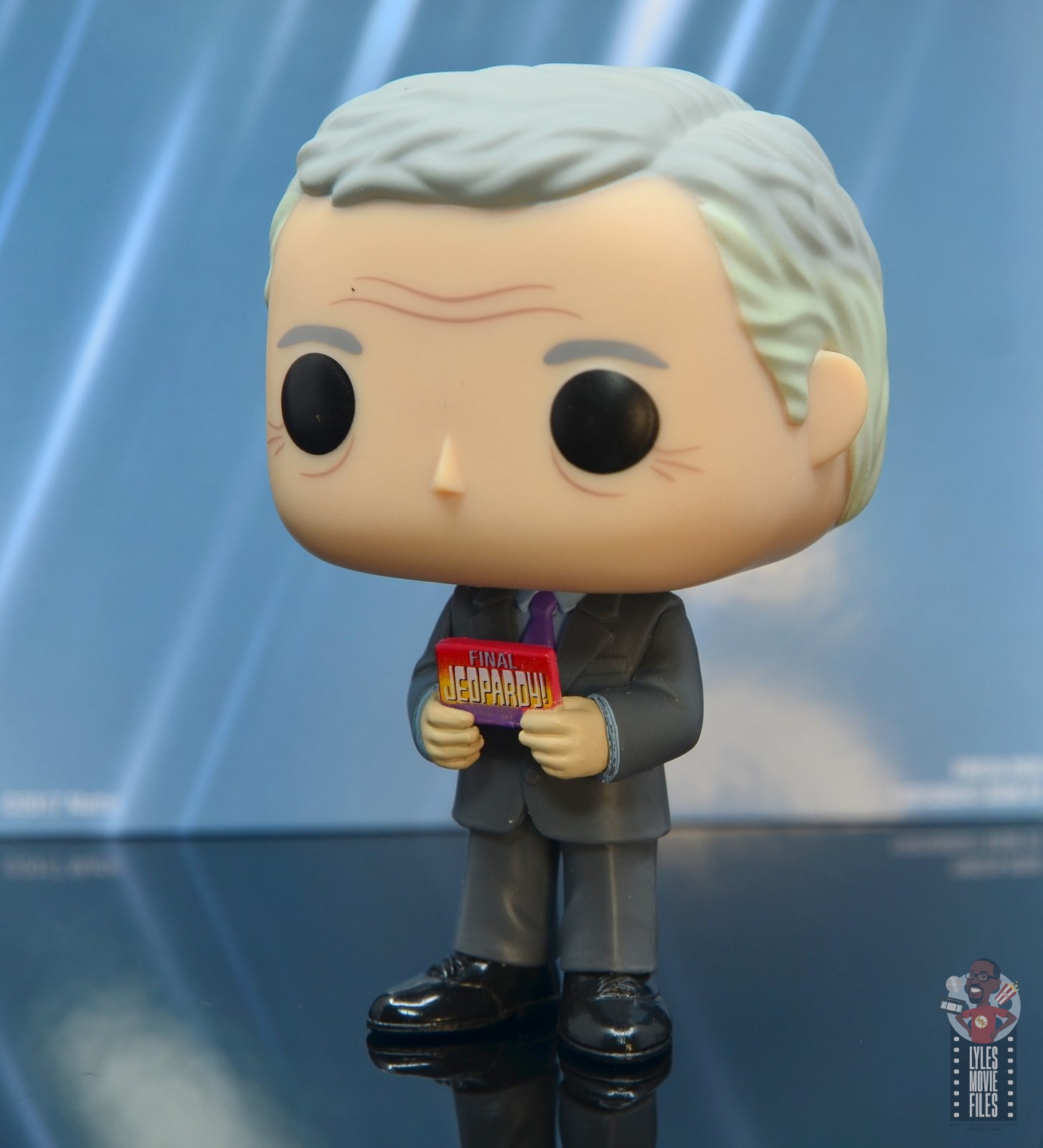 Where to get it?  Get the Funko POP Alex Trebek figure now from LMF affiliate Amazon now for $8.53.