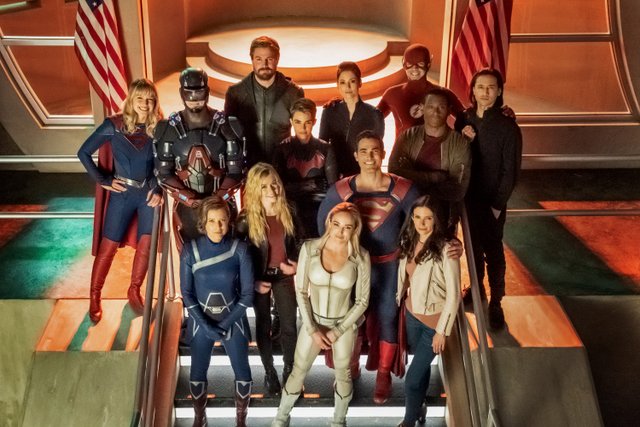 It’s almost time for Crisis on Infinite Earths to kick off full swing throughout the Arrowverse. Naturally it’s time for us to start getting some more official photos of the biggest crossover yet. If you couldn’t already tell I’m very excited about this one.

I’m very excited seeing Superman, Lois and Jon. That’s such a great dynamic of Superman and you’d have to be crazy to ruin it with something crazy like dramatically growing Jon up to be a teenager… 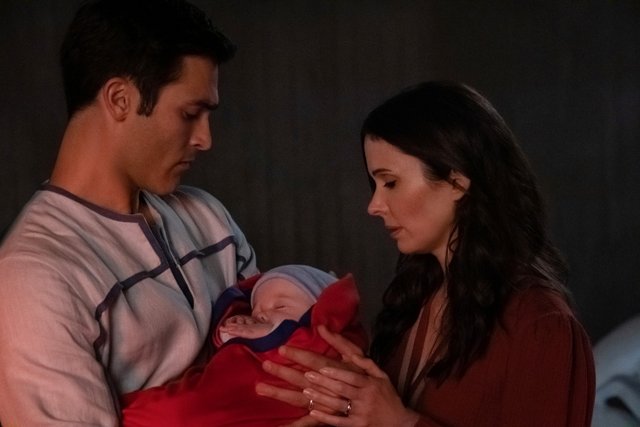 Actually it’s just cool seeing Superman alongside these DC characters. Still, it’s a shame Green Arrow never got to interact with Batman.  It’s kinda like how Captain America and Iron Man never got to meet the X-Men or Fantastic Four in the MCU. 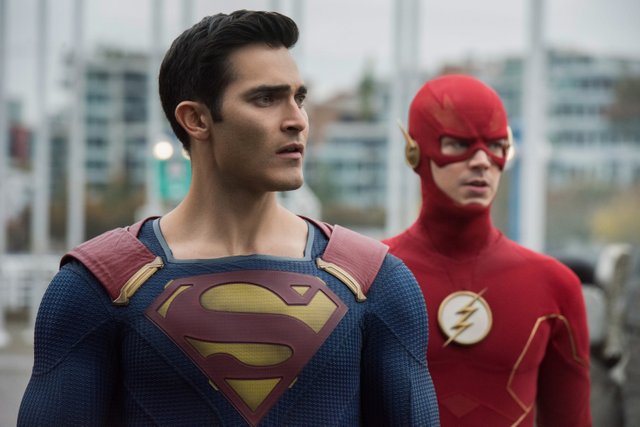 Am I alone in finding it crazy that Stephen Amell is really getting the classic Green Arrow look (minus the blonde hair) just as the series is ending? 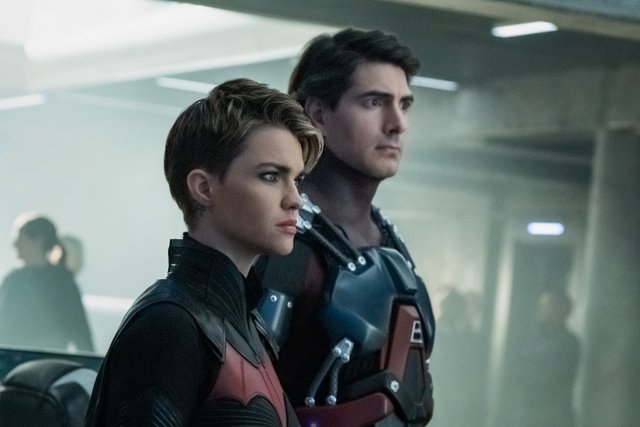 I’m curious how big Alex’s role will be in the crossover. As vital as she is to Supergirl she doesn’t have any real powers or special abilities and there’s already enough characters without powers that will need significant screen time (Diggle, Batwoman, Mia, Oliver). 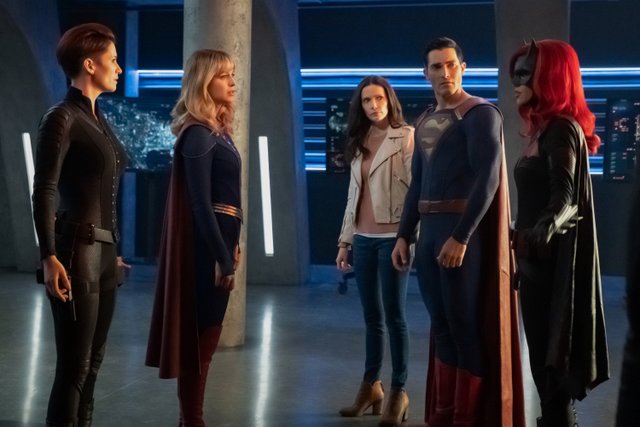 The pics with the heroes walking among rocks kinda gives the appearance of the final battle against The Anti-Monitor although that was fought on an asteroid in space. It kinda loses something in a park. 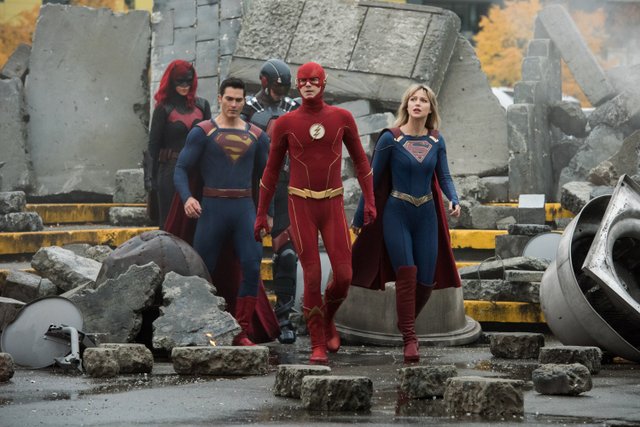 Interestingly this batch of photos doesn’t show much of Team Flash or Black Lightning. Hopefully the lack of pictures featuring returning stars like Tom Welling, Erica Durance, Burt Ward and Kevin Conroy doesn’t mean they’ll be non-factors for the big final battle with the Anti-Monitor.