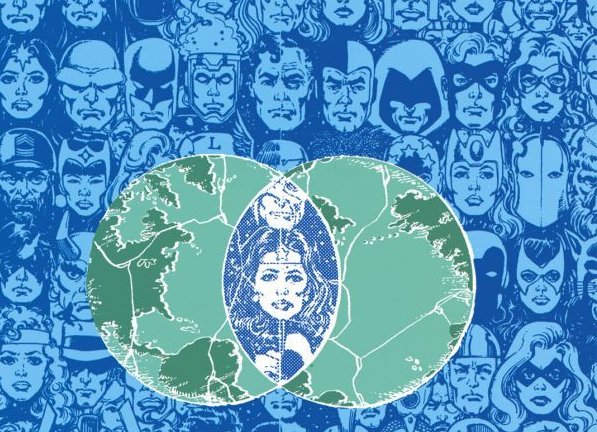 The Monitor’s final gambit comes to fruition, a Justice Leaguer falls and the face of the enemy is finally revealed.

Based on their significance in the DCU, it made sense for Earths 1 and 2 to be major worlds in The Monitor’s plan. The Earths are on a literal collision course and it’s up to the respected heroes to keep them from being destroyed along with the three remaining Earths.

Writer Marv Wolfman ratchets up the tension as the bad guy is anxious to move forward with his plan. Pairing him up with Psycho Pirate was a smart move as his sniveling demeanor matches well with the domineering adversary.

The double spread of the assorted heroes and villains from various eras is a testament to artist George Perez’s mastery and knowledge of the characters. 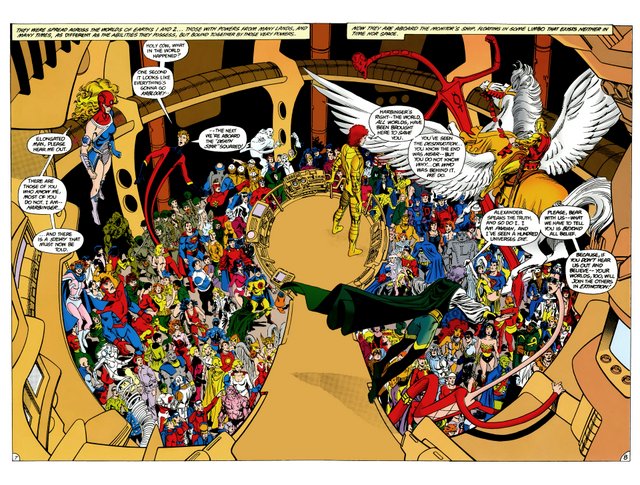 Generously he drew at least 100 characters across two pages, but Perez took the time to pair characters like Aqualad, Tula and Lori Lemaris; Lightning Lad and Saturn Girl and Nightwing and Starfire together. It’s a terrific piece and it’s worth looking at closely to catch all of the details Perez poured into it.

From this point forward in the series, Jerry Ordway steps in as the inker. Ordway’s style is very complimentary to Perez art taking the already impressive visuals to another level. 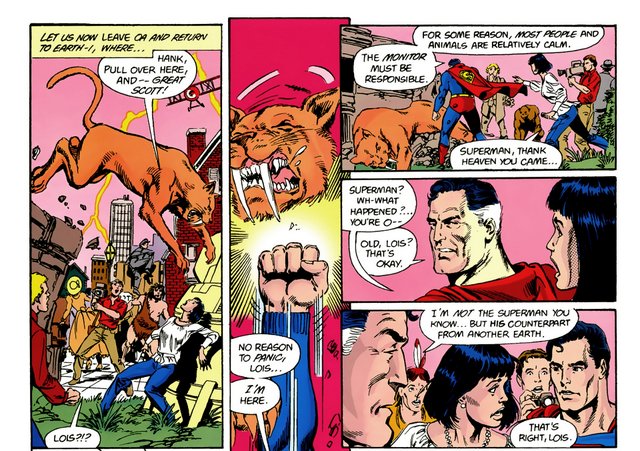 Rightfully skeptical of Harbinger, the characters tentatively agree to aligning with her, Alexander Luthor and Pariah. But after seeing the chaos and merging of various time periods as the two Earths start merging, the heroes realize they’ve got no alternative.

It feels like a big moment when the various heroes agree to join the cause. It’s not often a threat is so big that the Justice League, Teen Titans, Batman & The Outsiders and the Legion of Super Heroes have to assemble. 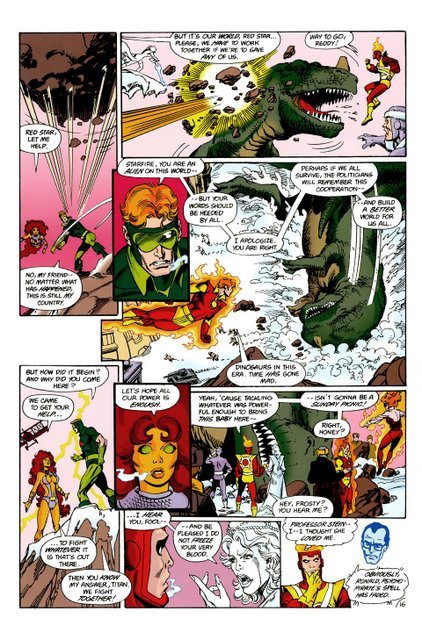 Quickly paying off last issue’s plot point, the villain sends Red Tornado out to unleash mayhem while letting Psycho Pirate emotionally torment The Flash. While announced as The Monitor, the Anti-Monitor’s debut is worthy of the buildup. His design with those cavernous looking teeth and tiny glowing eyes makes him worthy of the designation of the ultimate evil for the DC Universe. 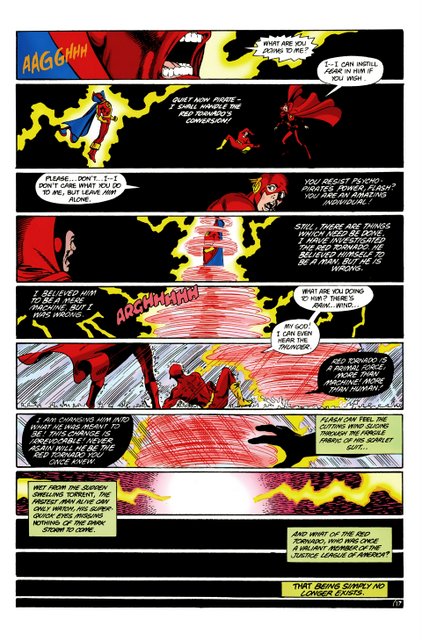 That would have been an effective ending, but Wolfman ends it on an even more ominous note as the Freedom Fighters watch their world vanish away and rush off towards the white wave of death.

Crisis on Infinite Earths #5 lays out the stakes and assembles the greatest collective of heroes to take on the seemingly unstoppable in another highly satisfying issue.