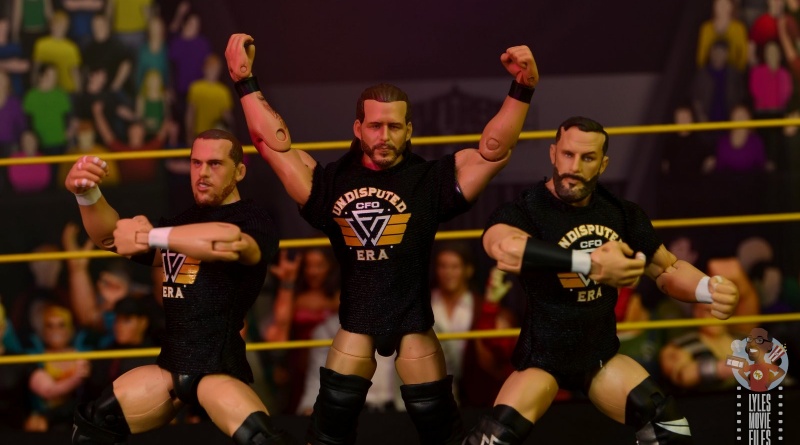 While I’m still waiting on an Elite Roddy, let’s break down this Undisputed Era three pack and see if it shocks my display along with the system. 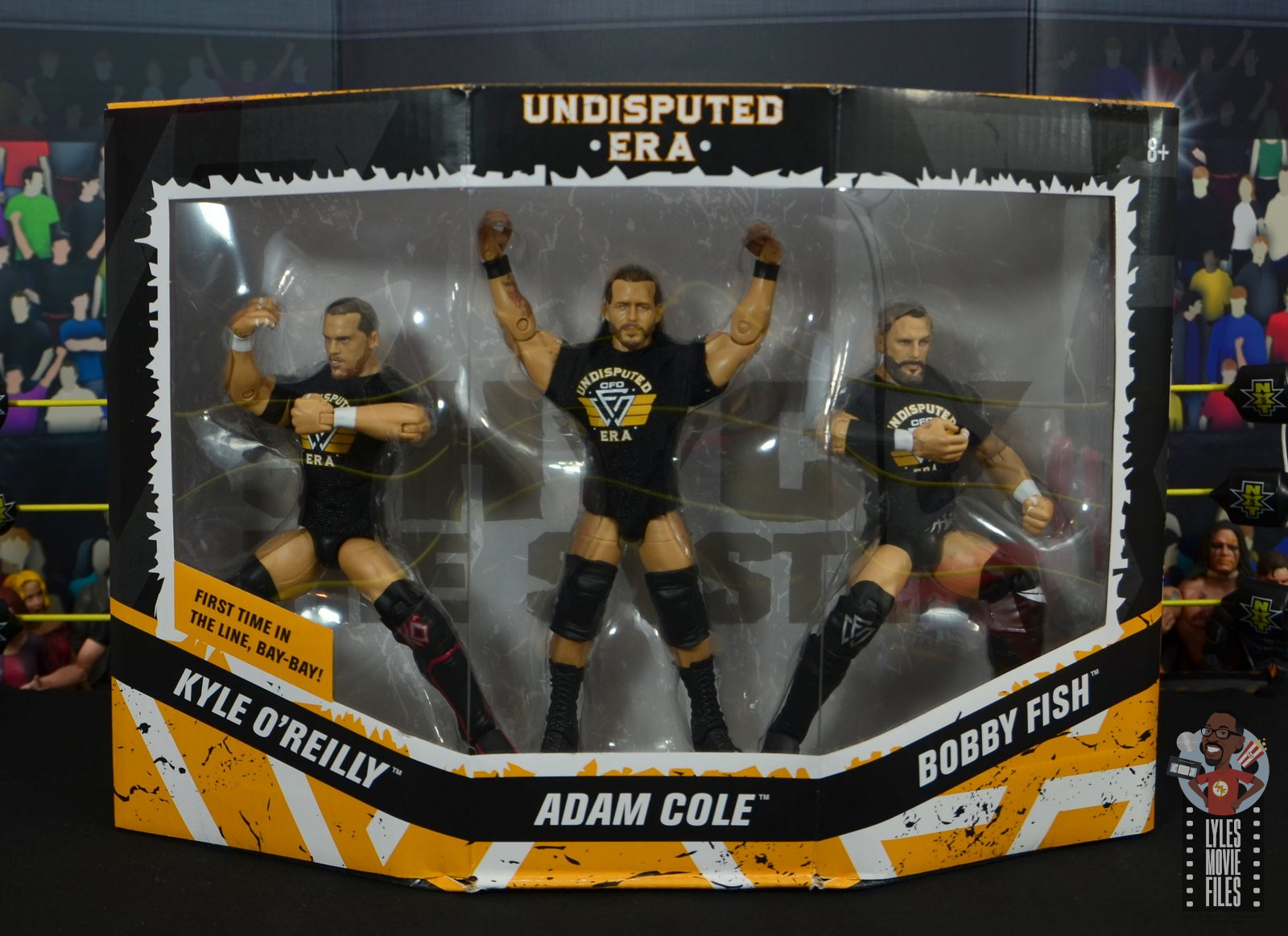 Packaging:  This is a pretty decent setup as Adam Cole, Bobby Fish and Kyle O’Reilly are positioned in their common stances for the big pose in the center of the ring. I like the deep gold and black signifying their brand affiliation. The side package definitely puts Cole front and center with the former ReDRagon in the back.

The bio is nicely done as it sums up the origins of the faction with solid bios for everyone. It’s kinda funny that the bio actually mentions Cole and O’Reilly winning the Dusty Rhodes Tag Team Classic as that was the match Strong joined the group. Hindsight being everything I really wish Mattel just waited a little longer to make a four-pack.

Likeness:  This was the set that first showcase the strides Mattel made with the face printing technology. Cole and Fish look like miniature versions of the wrestlers. Fish might be one of Mattel’s all-time best likeness looks. 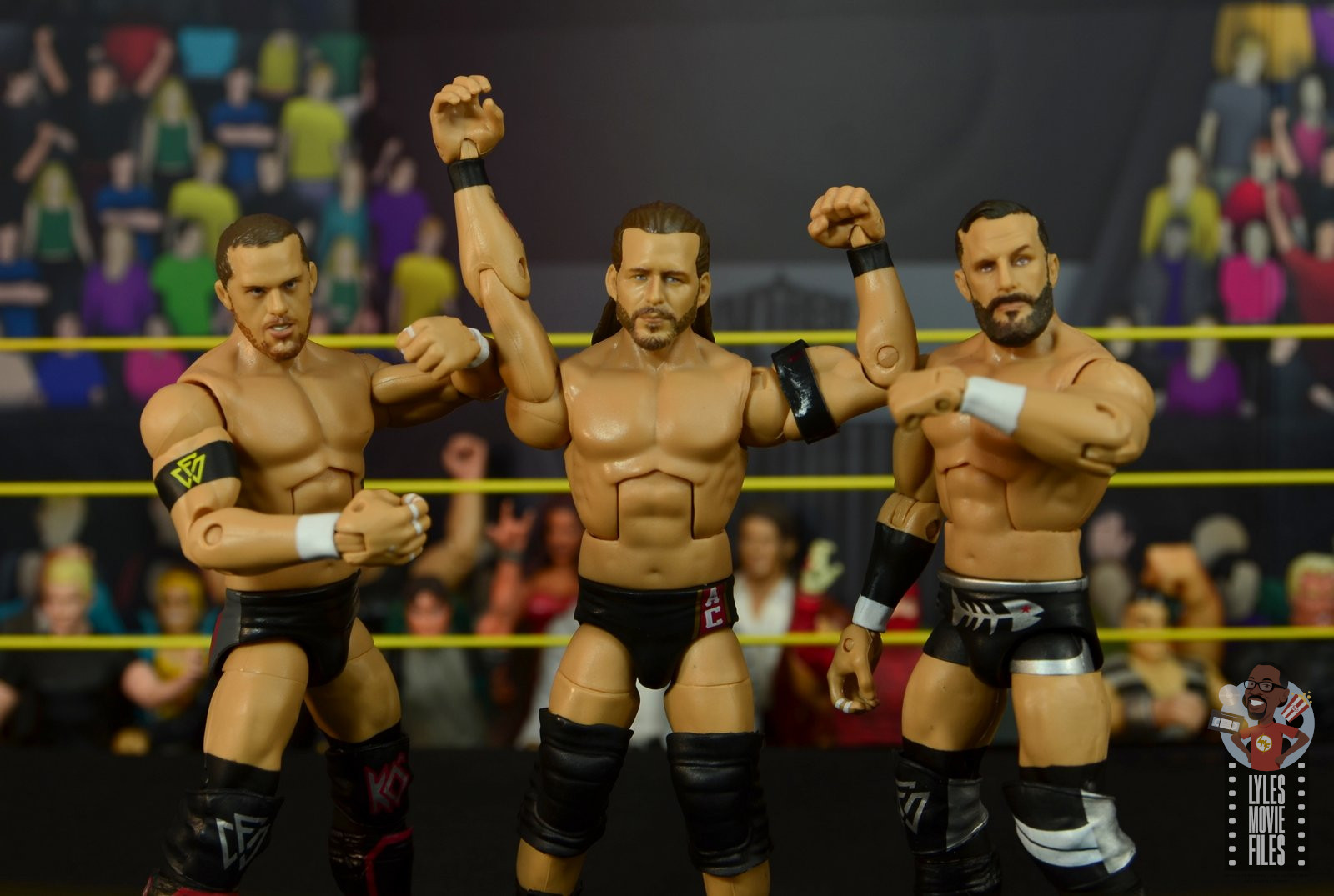 Cole is really good as well, but his expression is a little too plain and lacks the cockiness or smirk we’ve come to associate with the UE’s leader.  I don’t like that Fish and O’Reilly have the improved kneepads while Cole gets stuck with the clunky old leg sleeves. Some figure will be donating their kneepads real soon. 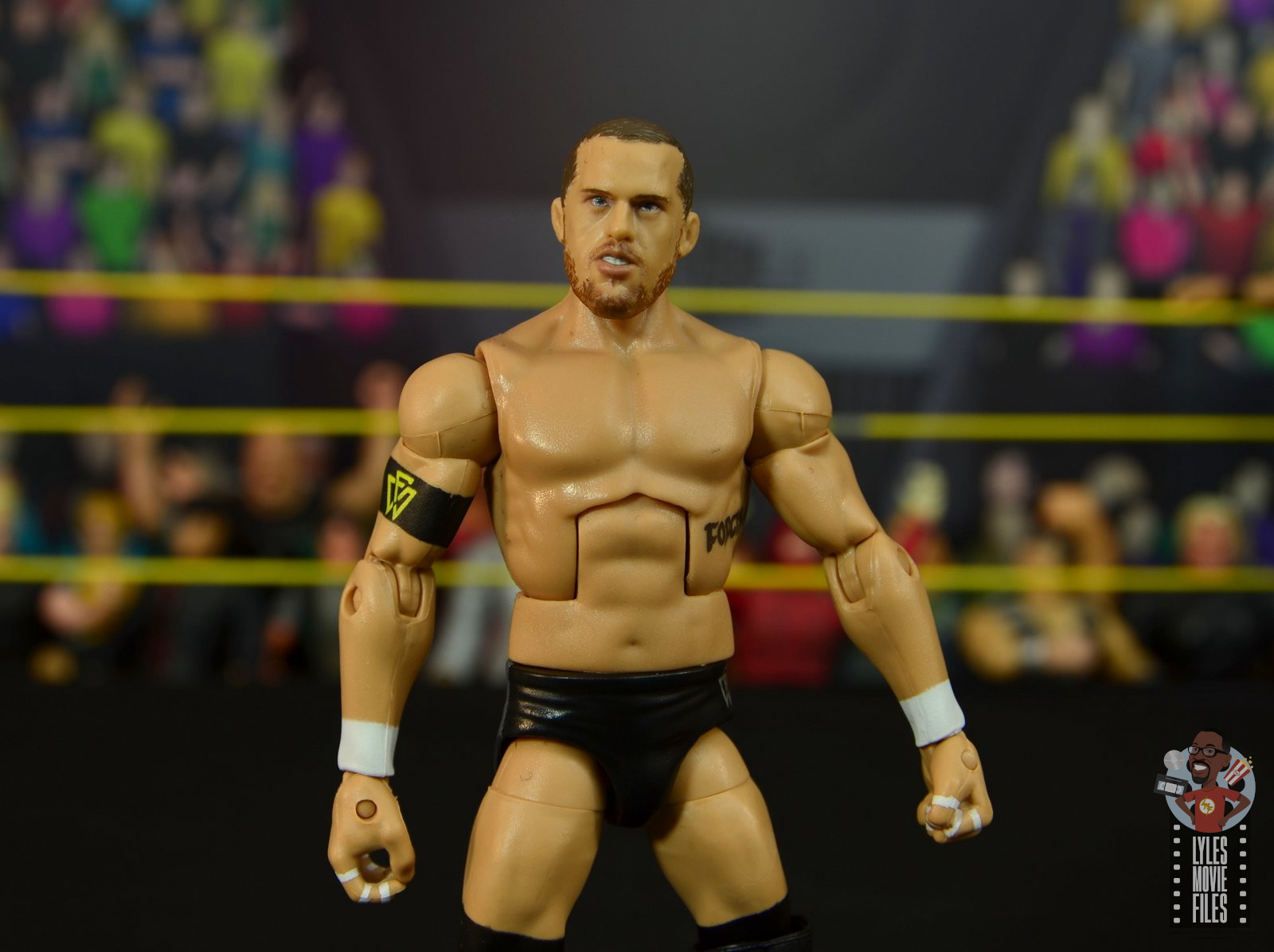 O’Reilly likeness is basically there, but Mattel went with a weird expression for him that takes away from it a bit. 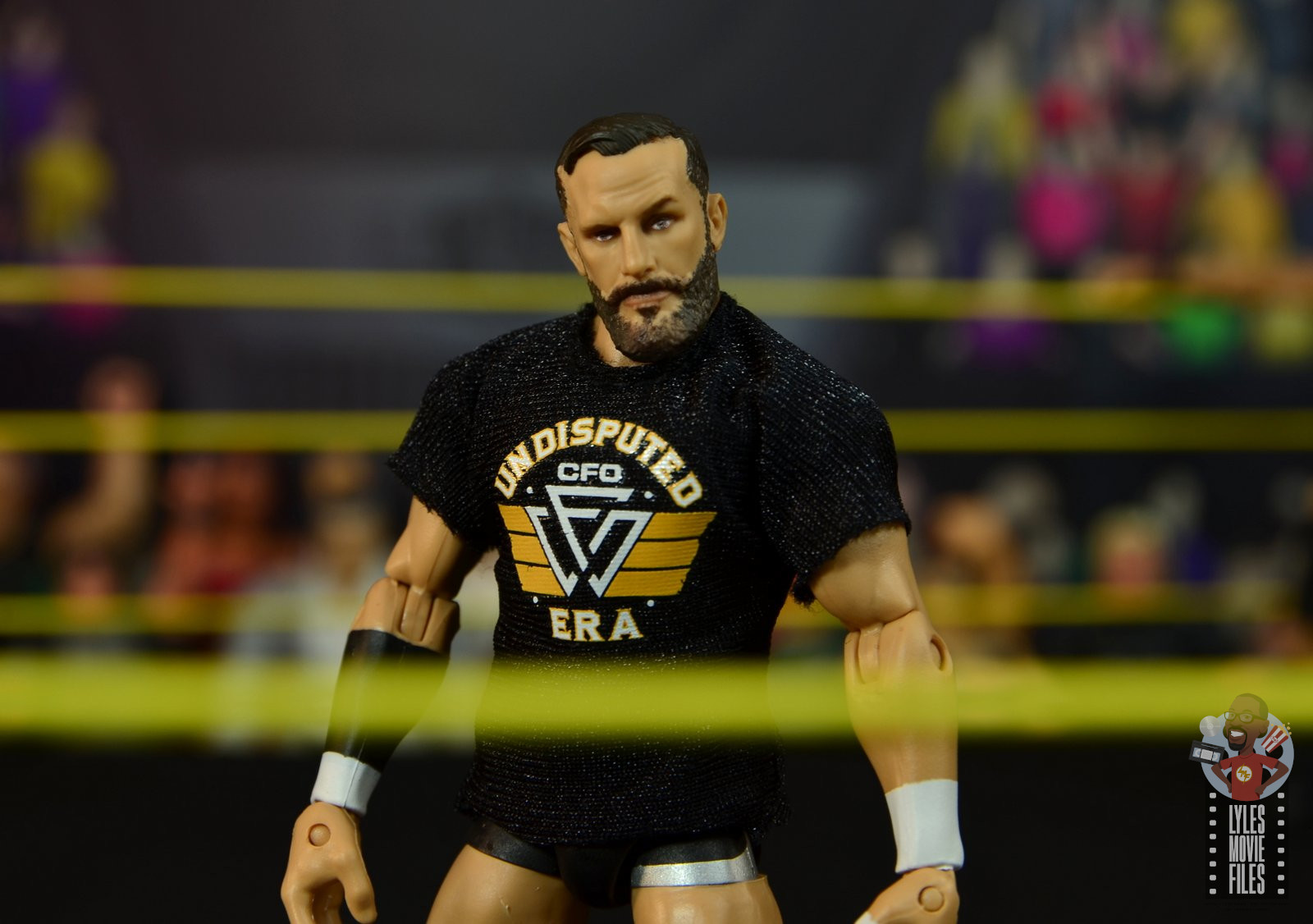 Scale:  The scale on the UE is as followed: Cole is 6’, O’Reilly is 5’11 and Fish is 5’10”. This matches up pretty closely to rivals like the 5’10”Johnny Gargano and 5’11” Tommaso Ciampa. UE is scaled properly, but Ricochet and Ciampa are clearly screwy in the scale. 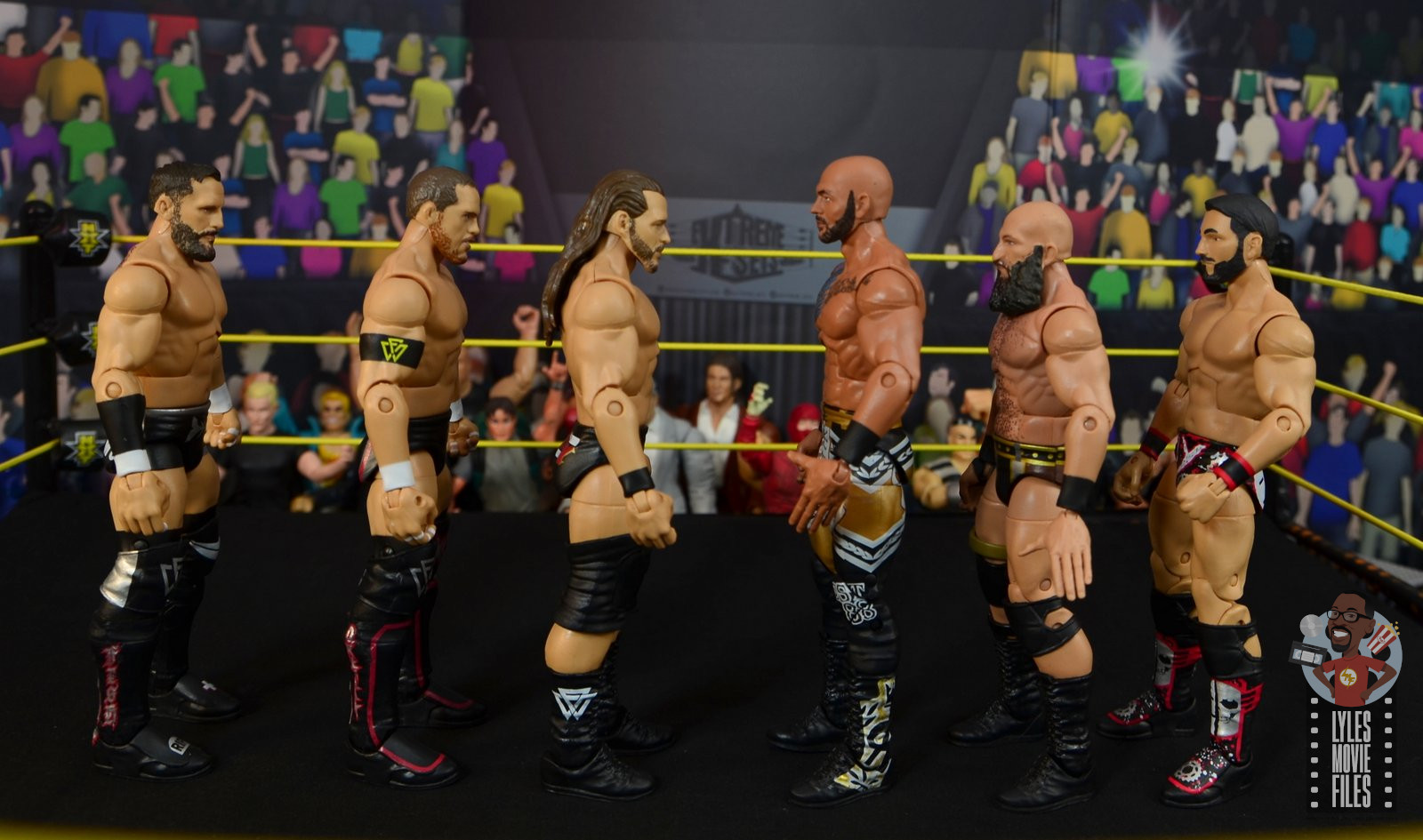 Paint:  Since black is their primary color scheme there wasn’t a ton to screw up here. The face printing missed a few marks on Cole and O’Reilly’s beards, but it’s not a big deal.

Cole’s right wrist tattoo came out nicely as did Fish’s back tattoo.

The smaller details like O’Reilly and Fish’s boot designs also came out sharply, which is more often the case with Mattel’s paintjobs than not.

Articulation:  All three figures have the same basic body design, which allowed me to pull off most of their signature moves. 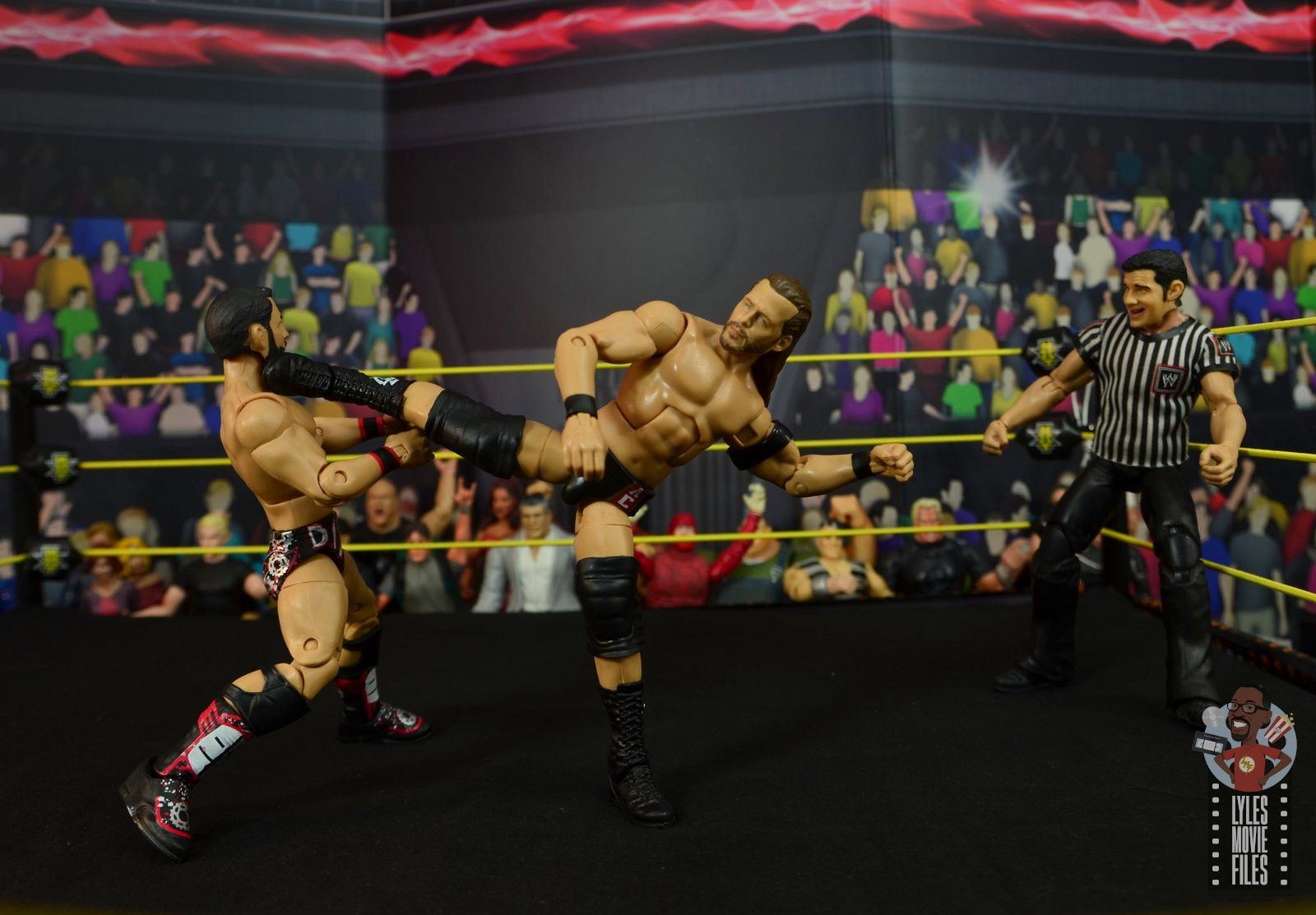 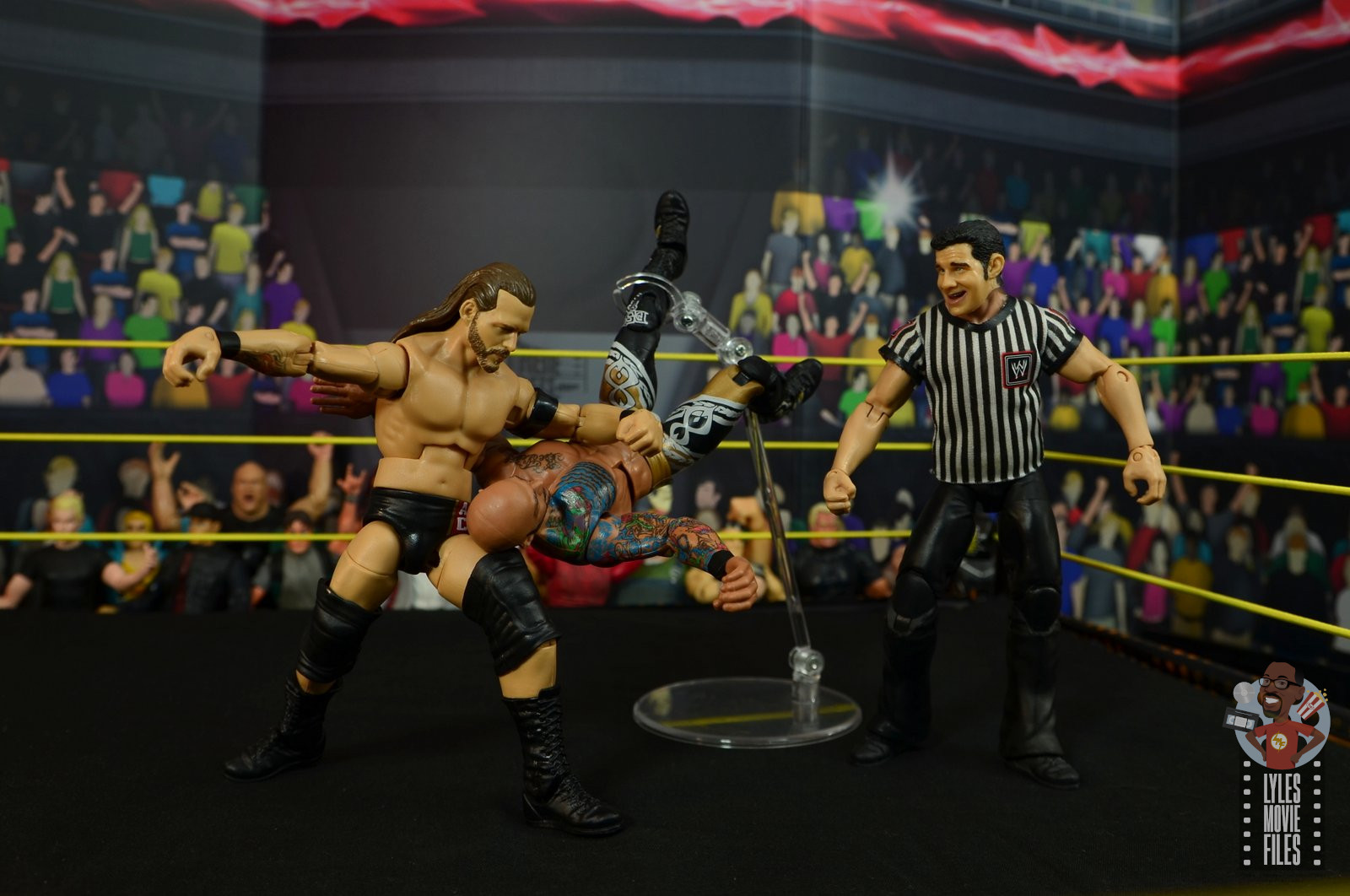 Again, I’m feeling somewhat spoiled by the enhanced articulation of the Ultimate Edition figures specifically with the arms and double-jointed elbows so I’m not as blown away knowing there’s a higher level of articulation now. 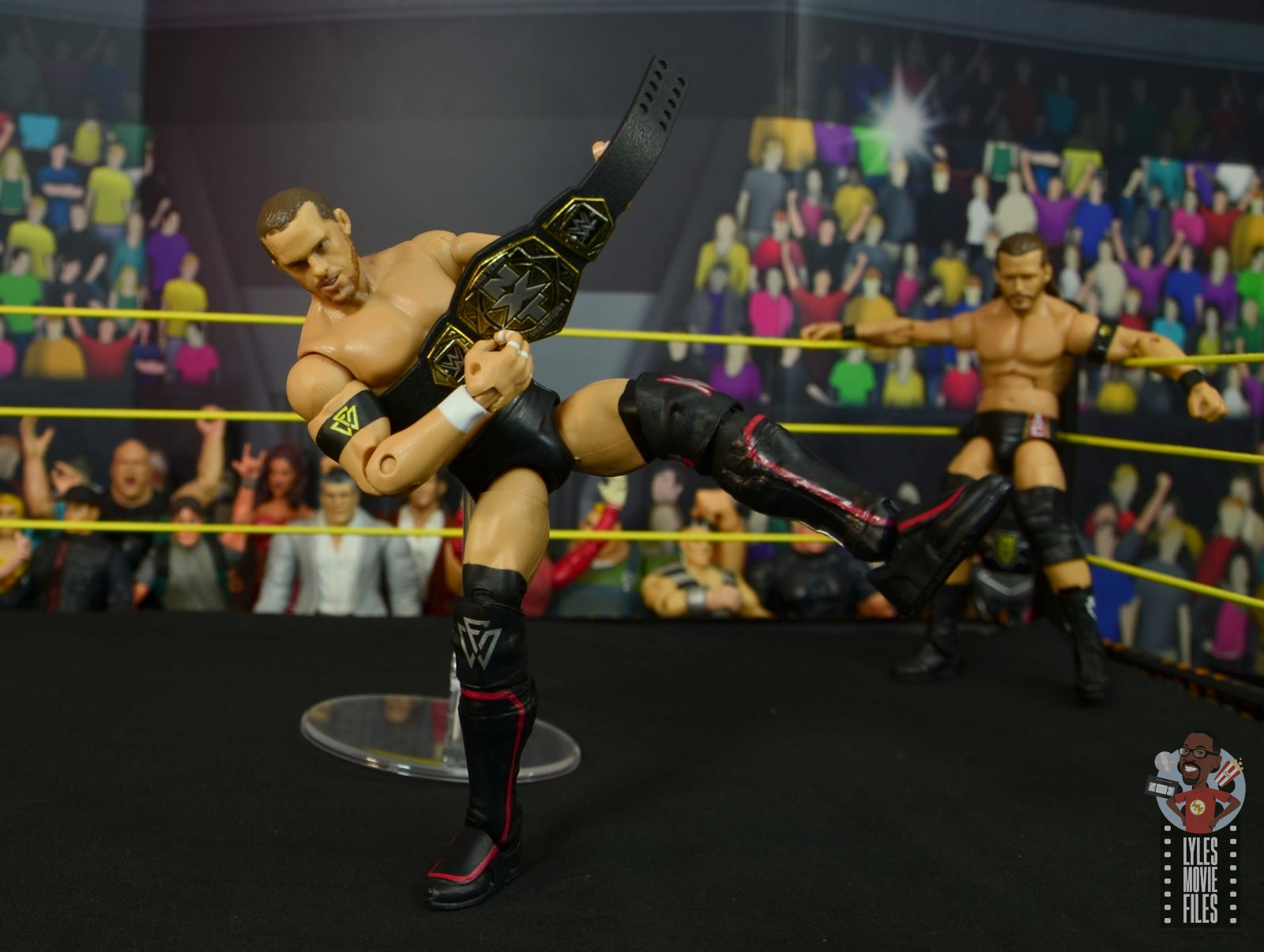 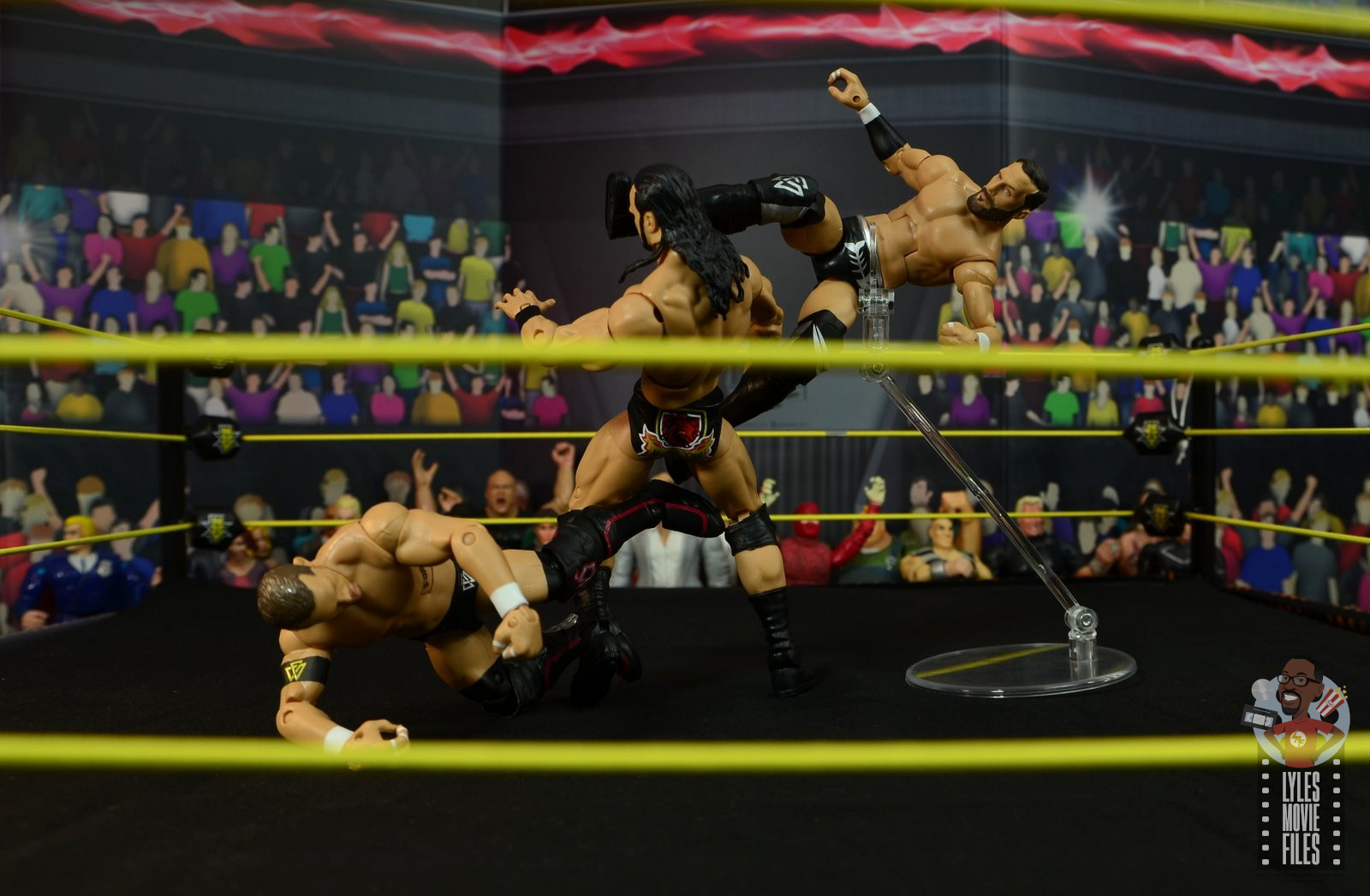 The Undisputed Era have: 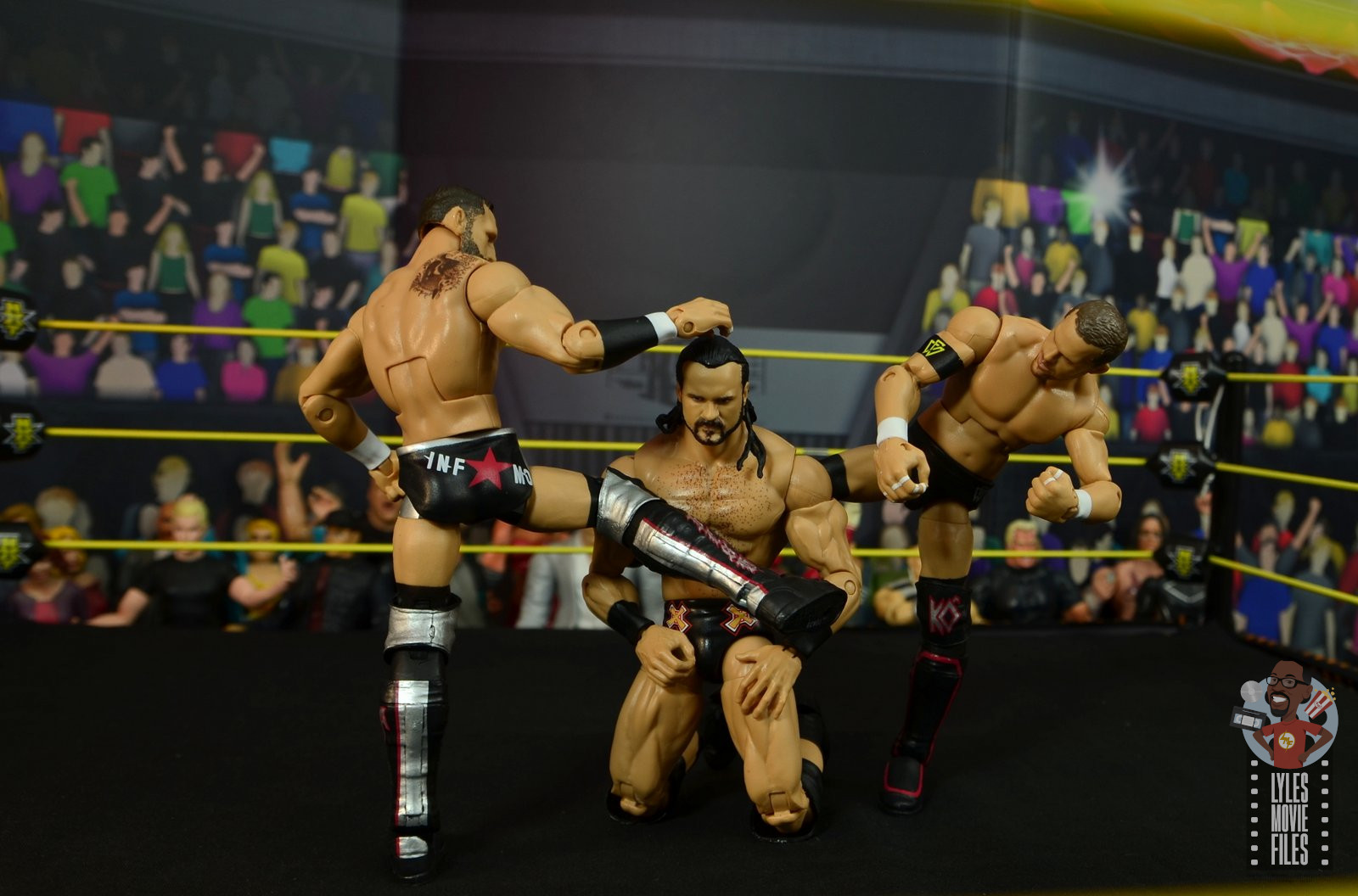 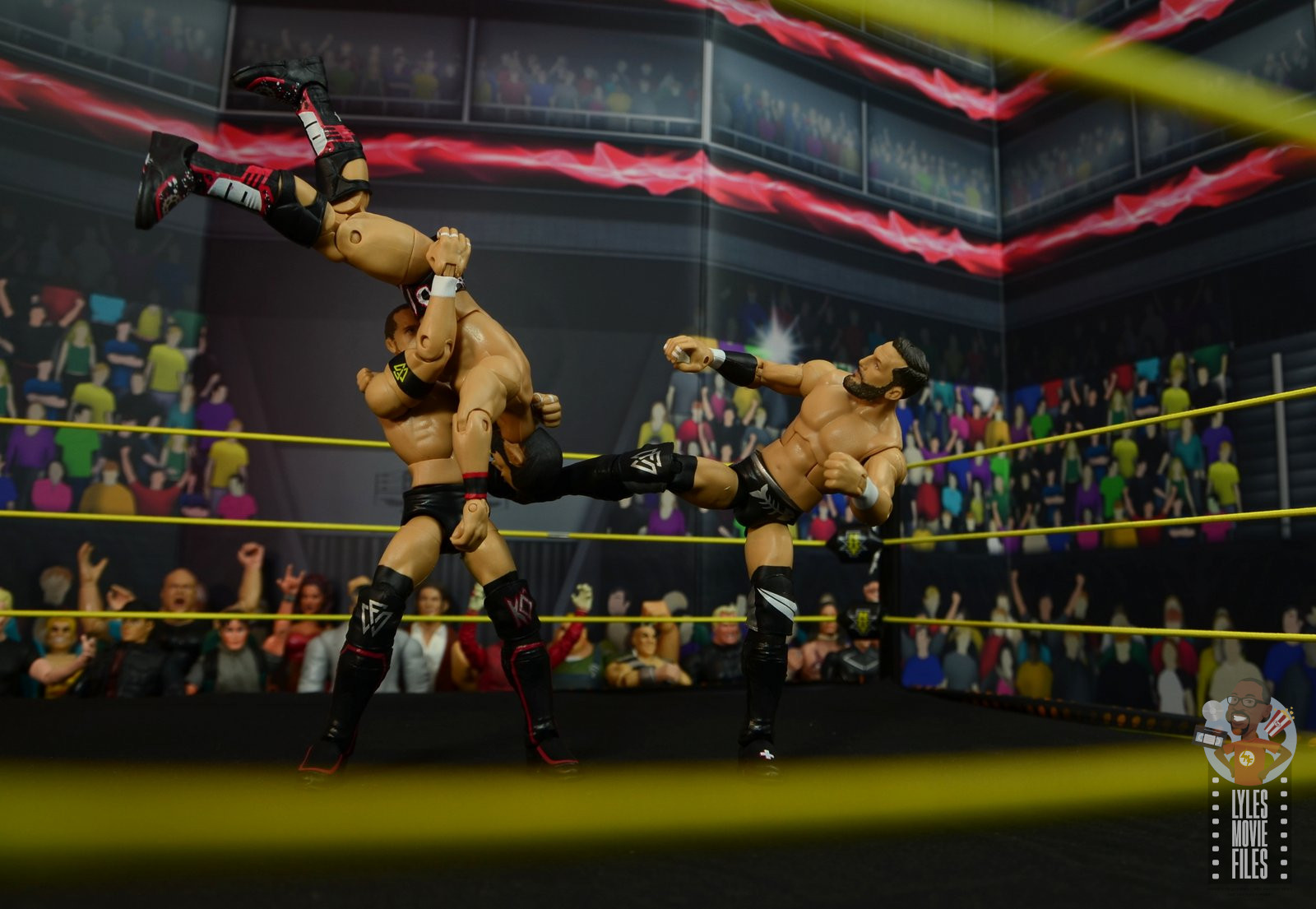 Accessories:  The guys don’t come with anything besides cloth Undisputed Era shirts. As I hate the plastic shirts, I greatly appreciated this, but that doesn’t add a ton of value. 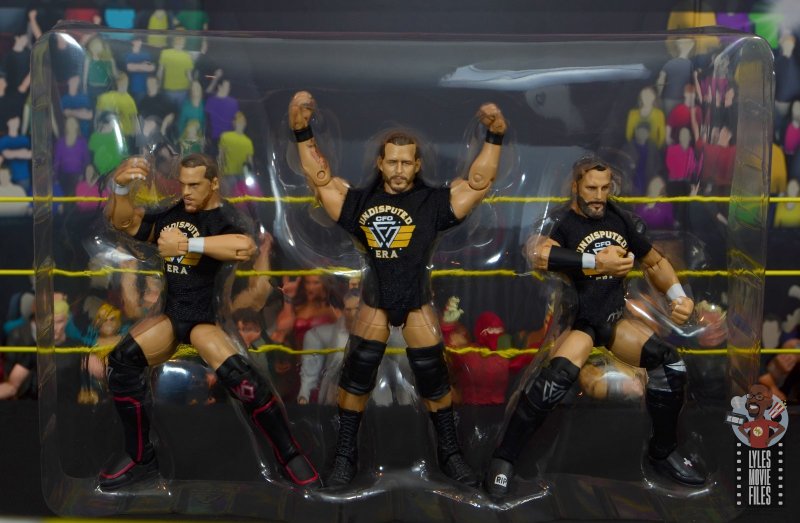 Since mainline Elites come with alternate heads and swappable hands it’s definitely a case of Mattel trying to meet the demand for UE figures while a slight delay would have really enhanced this set. 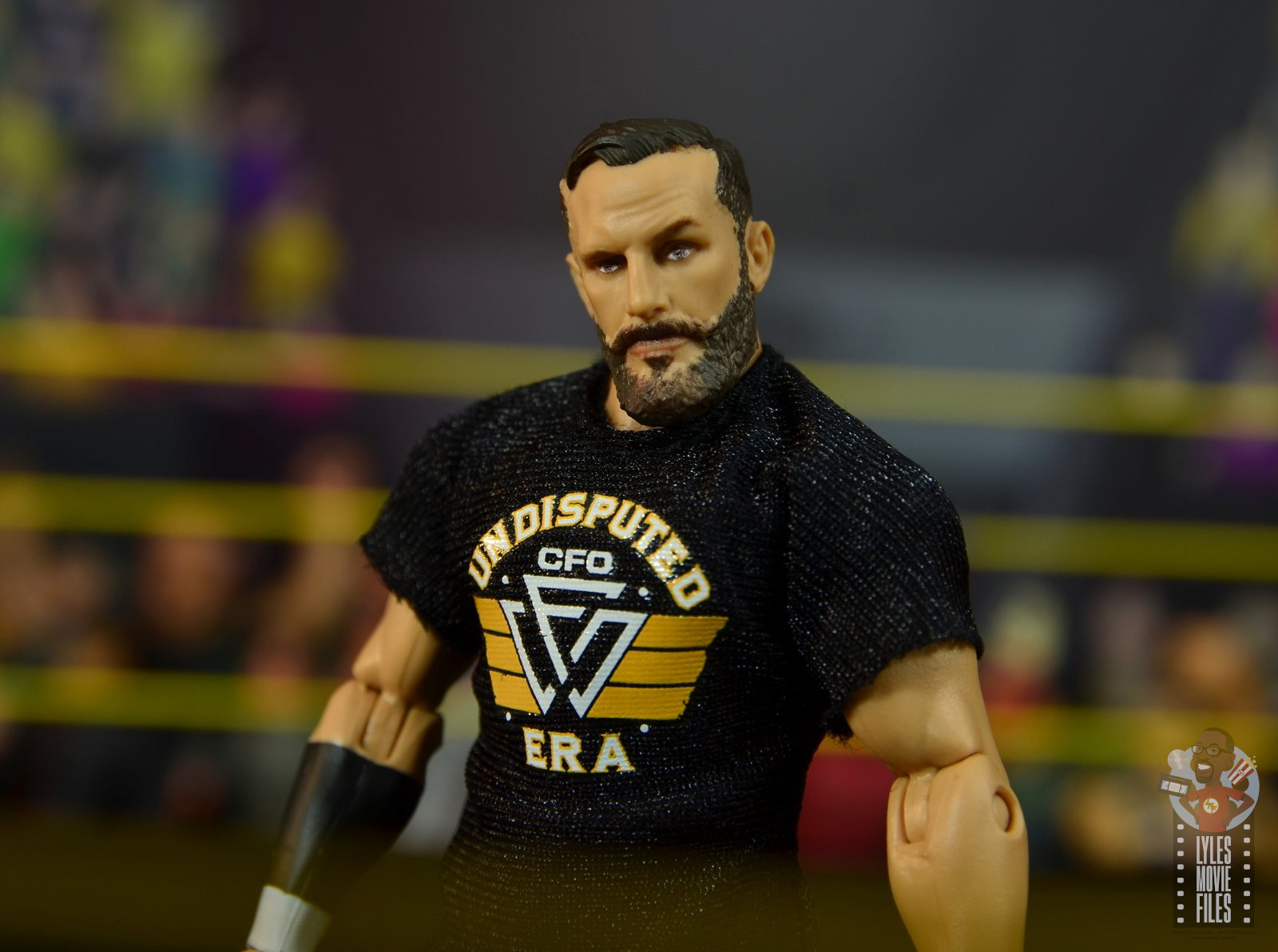 Worth it?  I got this set for $50. That’s basically $16 per figure, which isn’t a bad deal considering the lack of other accessories.

As a rush job set with minimal accessories, this was a tremendous pack. Eventually Mattel will release a better O’Reilly head sculpt/expression, which is my biggest knock on this set. 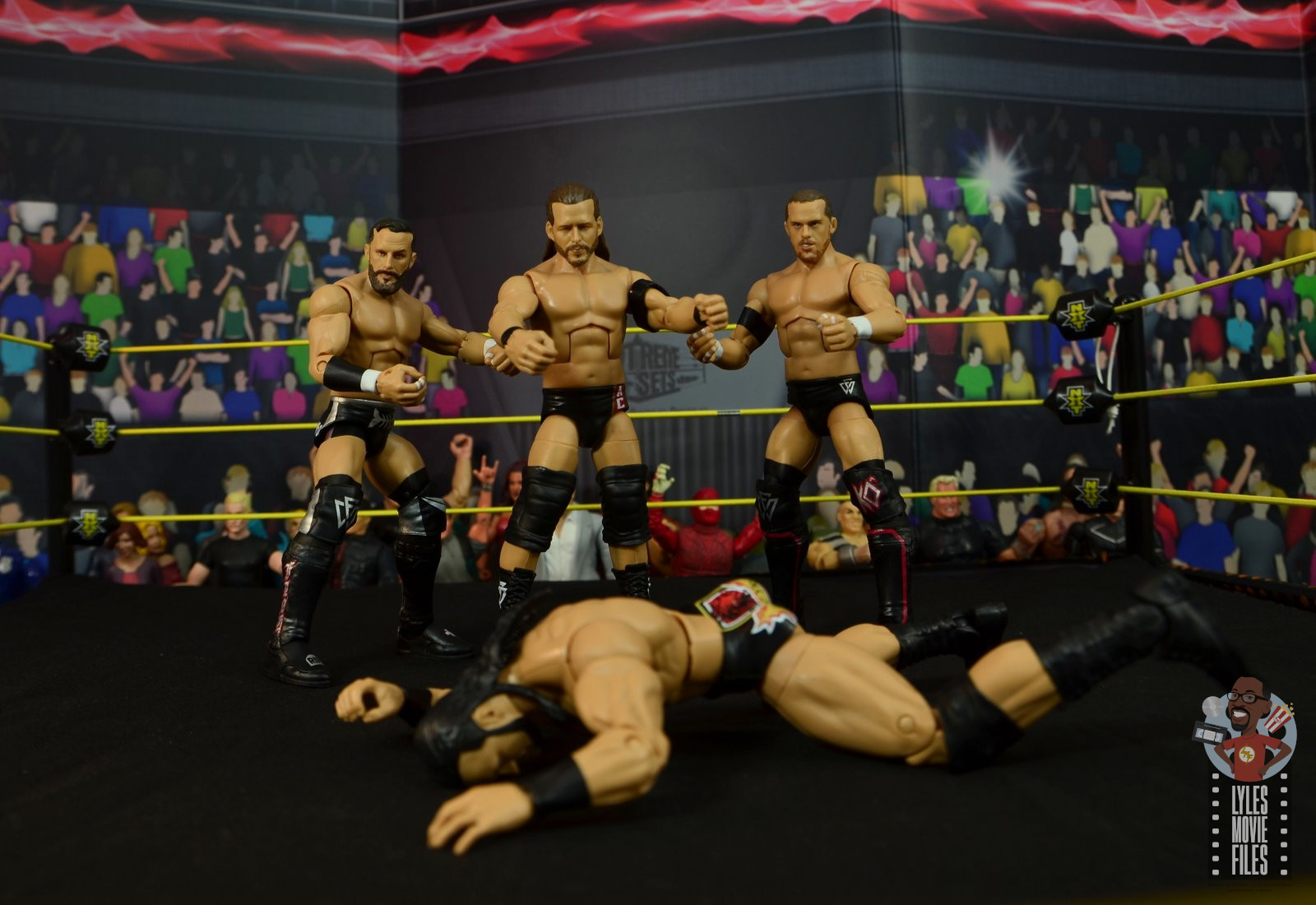 Where to get it?  Good question. Amazon no longer has the set even up for order and WWE Shop long ago sold out of it. I guess at this point the best bet is going eBay or just buying the figures as they get released separately.