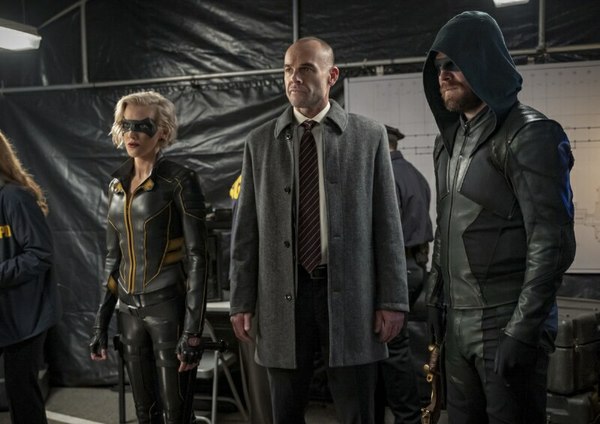 With Reset, Arrow tries it’s hand at a Groundhog Day/Happy Death Day episode. By the end of one of the season’s best outings, it was a harsh reminder the clock is ticking and there’s only one more episode before Crisis on Infinite Earths and the series finale. It’s a shame then that so much of this season has been wasted on the spin-off, but Reset got the series back on track…for now.

Oliver woke up remembering the rooftop confrontation with Lyla, but was unsure why he was back in his City Council era and reuniting with Mayor Quentin Lance. These kinds of trips down memory lane with a slight alteration of the standard timeline seemed like a winning formula on the season premiere and I was glad Reset went back down that path. 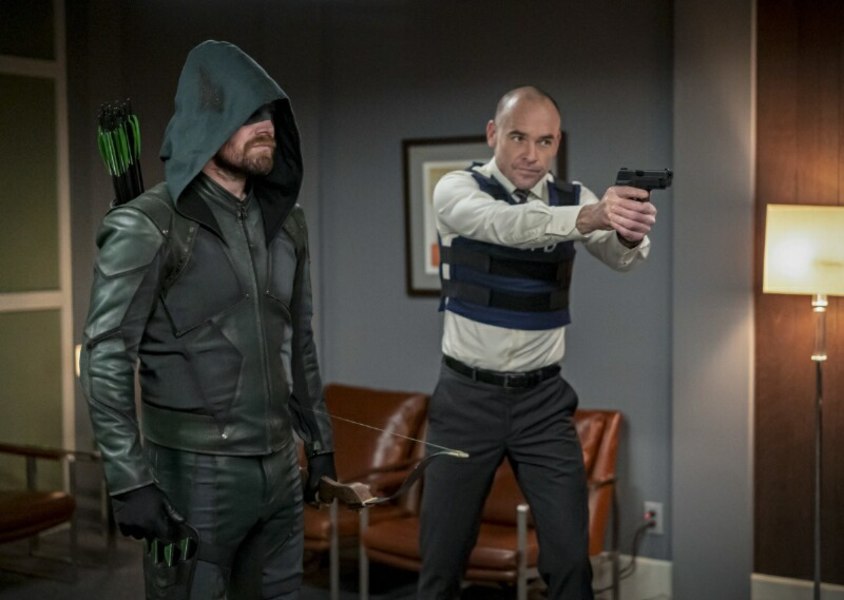 In a lot of ways Quentin’s death was the breaking point for Arrow as he was the show’s moral center. It took all of 30 seconds for me to realize how much I’d missed Paul Blackthorne! Quentin was the Arrowverse’s Joe West before Joe West. Oliver and Quentin prevent a hostage situation, but Oliver fails to stop him from triggering a bomb.

Time to try again. Oliver is used to crazy stuff so he gets up to speed quickly. Laurel is trapped in the loop too and after a third take, they stop the bomb yet fail to keep Quentin from getting killed. She’s wearing a lace dress that seems like a loose shout-out to her fishnet costume. Reset also provided more of what I’d always wanted from Arrow from the moment the show was announced — more scenes of Black Canary and Green Arrow teaming up. Better late than never I guess. 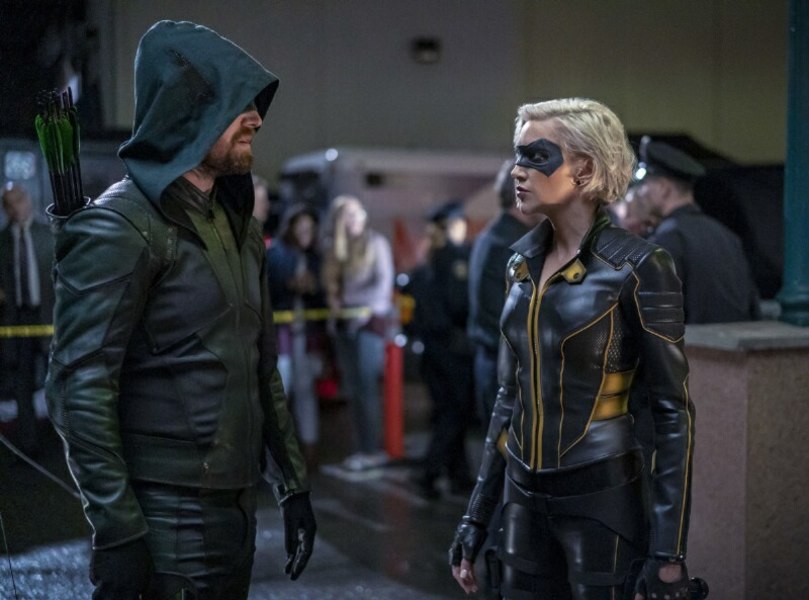 Lyla eventually has to play spoiler on yet another attempt and tells Oliver he’s missing the point before killing Quentin.

Laurel finally gets it and takes advantage of the second sixth chance to tell Quentin goodbye. Quick aside. I really hate Botox. It’s completely not necessary in pretty much any instance. Another side note: it’s funny that sidelining Future Team Arrow has led to the best episode since the season premiere.

Oliver is too stubborn to get the point and Lyla has to tell him to accept the inevitable and this will end. This is totally on brand for Oliver though as he loves running his head into a wall repeatedly expecting different results. See Arrow Season 4…or better yet, don’t watch it.

Oliver confuses not giving up with being determined, but he really is missing the point that he can’t save Quentin in any scenario. Finally, he gets that he has to accept that Quentin has to die. This was never a punishment, but a gift from The Monitor to allow both Laurel and Oliver a chance to have a final moment with Quentin more or less on their own terms. And a gift for longtime fans to get one more episode with one of the longtime season regulars. 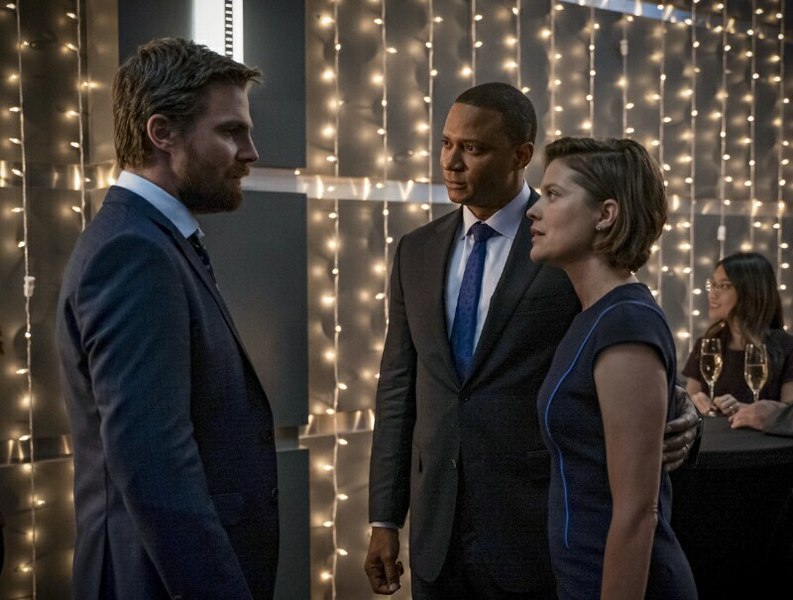 Mia and William’s trip to the past isn’t about some grand scheme and was simply The Monitor’s way of thanks for sacrificing himself to save the universe. Now that he knows he can’t cheat death, Oliver will do whatever it takes to save The Multiverse. I feel like we haven’t had a ton of really good Oliver/Lyla scenes and this episode really delivered on that front.

Time for Oliver’s final mission and if you couldn’t guess it was occurring on Lian Yu, you weren’t paying attention. So is this the grab bag episode with Damian Darhk and Slade or just random soldiers?

Reset was a fitting title for this episode as it got Arrow’s final season back on focus with Oliver squarely in the spotlight as he prepares for his final curtain call.