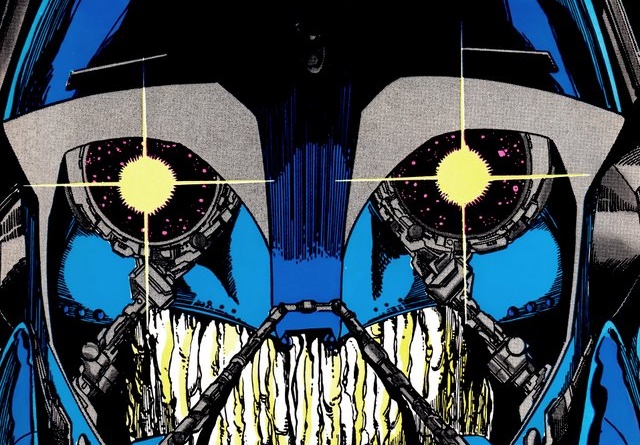 By no means had Crisis on Infinite Earths been slow, but issue 6 is when things really get going. The halfway point of the series marks the shift from an engaging setup to the iconic moments to come. This is the issue where the series sets in motion some irreversible high stakes.

The Anti-Monitor, still calling himself The Monitor, finally weaponizes Psycho Pirate into emotionally terrorizing the inhabitants of the three remaining Earths in his grasp. In particular, Psycho Pirate makes the heroes of the Earths so crazed that they fight those coming to help them. 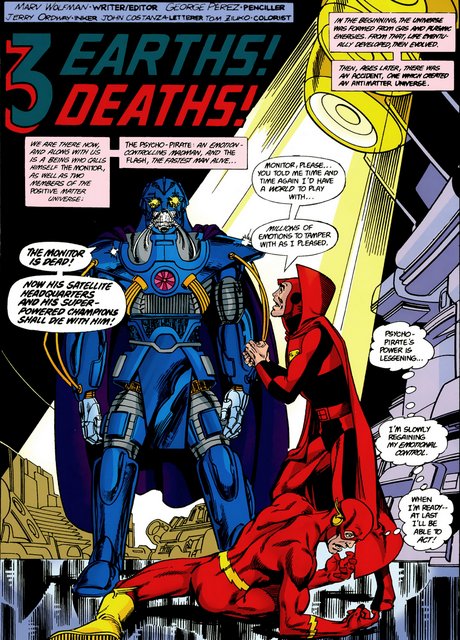 One of the most enjoyable parts of Crisis is the mix of heroes who would otherwise never team up. The pairings are pretty fun like perennial horn dog Changeling teaming with Wonder Woman, Supergirl, Black Canary and Kole battling the Marvel Family.

Another group that would even make for a good team is Martian Manhunter, Katana, Blok, Jay Garrick and Azreal as they take on the Charleston characters.
Steel, Starfire, Northwind, Earth-2 Hawkman and Dr. Light battle the possessed Freedom Fighters. We haven’t seen a lot of action up til this point so this made for a fun throw down with the comics’ staple of heroes fighting one another. 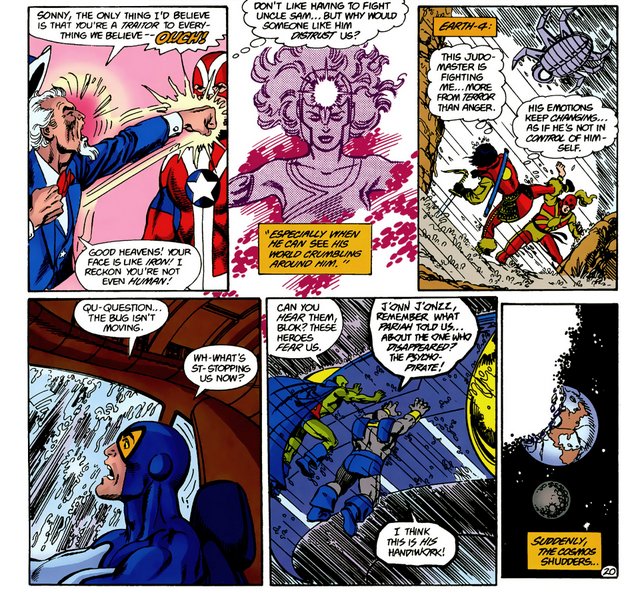 George Perez is an incredibly gifted artist and can make conversations look amazing but in an issue with some blockbuster action, his pages look even more spectacular. The various settings of these battles — a rainy Western plain and major cities — along with other settings shows how far reaching the Crisis is and what’s truly at stake.

Showing the collaborative effort and partnership involved in Crisis, Wolfman references several events playing out in other titles. In a move that would have some fanboys crying today, the original Wildcat — Ted Grant — is paralyzed from injuries suffered last issue at the hands of Red Tornado’s onslaught. By the end of the issue, Ted’s friend, Yolanda Montez, takes up the mantle as the new Wildcat. Wolfman was ahead of the trend of having new female characters replacing longtime male characters.

There’s so many big moments in Crisis that it’s easy to miss these subtle changes and alterations to the status quo. Crisis wasn’t just about killing off characters and Earths, it represented a major forward thinking approach to the next generation of characters. Already we’ve seen a new Dr. Light and Wildcat get introduced, but they’re not the last changes. 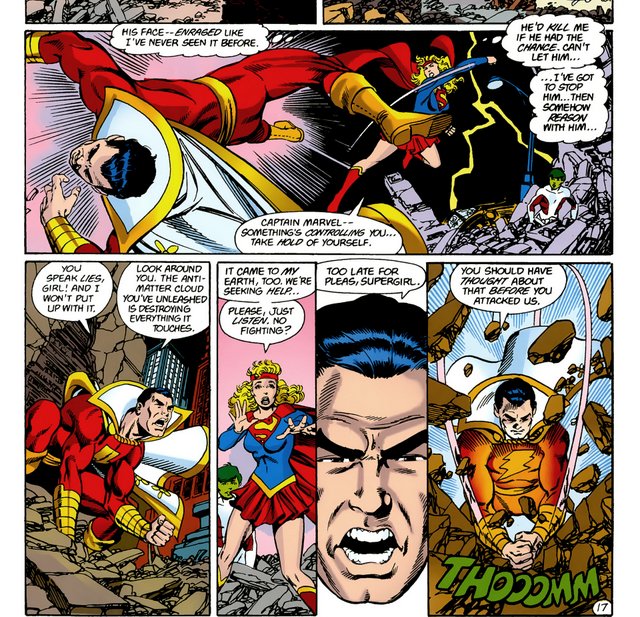 Crisis is such an atypical book because Wolfman doesn’t center it around the expected heroes. Superman and Batman aren’t even in this issue while Wonder Woman is treated like any other character. I like this approach more than focusing on just the popular characters and keeping other players in the background.

Wolfman also sets up another key subplot with the mysterious vanishing of a handful of villains, which would become important later. 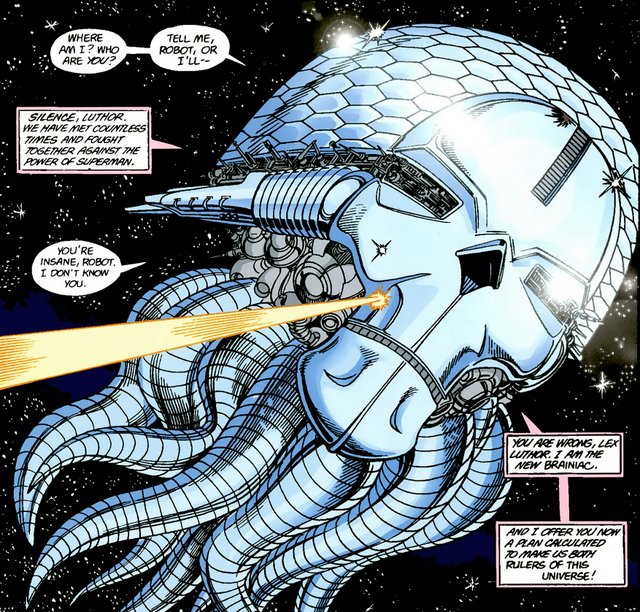 Crisis #6 steps up the sense of danger and the threat of Psycho Pirate left unchecked as only five Earths remain and what little hope fleeting.