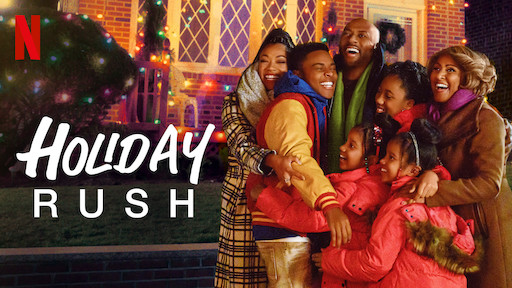 Holiday Rush is full of good intentions, but it’s a mess like that apple pie from that culinary-challenged uncle that’s burnt on the outside and frozen in the middle. It’s a Christmas movie that tries to check off every cliche and fails so spectacularly it’s destined for the naughty list.

Romany Malco (Think Like a Man) stars as Rush Williams, the popular DJ who’s led to a resurgence at his radio station. Expecting a hefty bonus in time for Christmas, Rush is shocked to learn he’s being let go and replaced by a more nationally-friendly face. The distraught Rush isn’t so much worried about his next career plan, but how his four children will react to the news of a massively scaled down Christmas.

After losing his wife, Paula (La La Anthony) to cancer, Rush has been way too lax on disciplining his kids and they’ve become spoiled terrors. Maybe with the help of his former show manager Roxy (Sonequa Martin-Green, The Walking Dead), and Aunt Jo (Darlene Love), Rush can get back on the air while teaching his kids the true reason for the season.

Holiday Rush really would have benefited from settling on two, maybe three subplots and just working with them. Instead, it’s a jumble of five or six. There’s the new station manager (Tamala Jones) who has some cartoonish villain incentive to crush Rush and Roxy’s latest plan for no reason. Another focuses on Rush’s son Jamal (Amarr M. Wooten), who might not be able to attend Harvard after getting accepted. Naturally there’s the obvious romantic tension with Rush and Roxy as well. And another suggests Aunt Jo could be the one to really knock the spoiled rotten attitudes out of Rush’s kids. It’s way too much especially when none of it is done well.

Leslie Small has directed most of Kevin Hart’s concert films so it’s safe to assume Small knows what’s funny. Holiday Rush is not a funny movie. The performers all act in an exaggerated manner whether laughing too loudly for corny jokes or trying to be too cute or exasperated, Small fails to coax genuine performances out of his cast. Everyone comes off too flat and stiff as if they didn’t have time to develop their characters or have a basic understanding of them.

Some screenwriters can write great characters of any background (see: Dolemite is My Name writers Scott Alexander and Larry Karaszweski), but the same isn’t true for Sean Dwyer and Greg Cope White. In all sincerity, Dwyer and Cope White truly seem to have written the script from a color blind perspective. And that’s one of the film’s biggest problems.

The characters don’t act familiar and authentic to the target audience. There’s not a lot of black women who would let someone who walks by them on the street hold their baby and the children lack an iota of cool that should naturally come with having a father who’s a DJ. 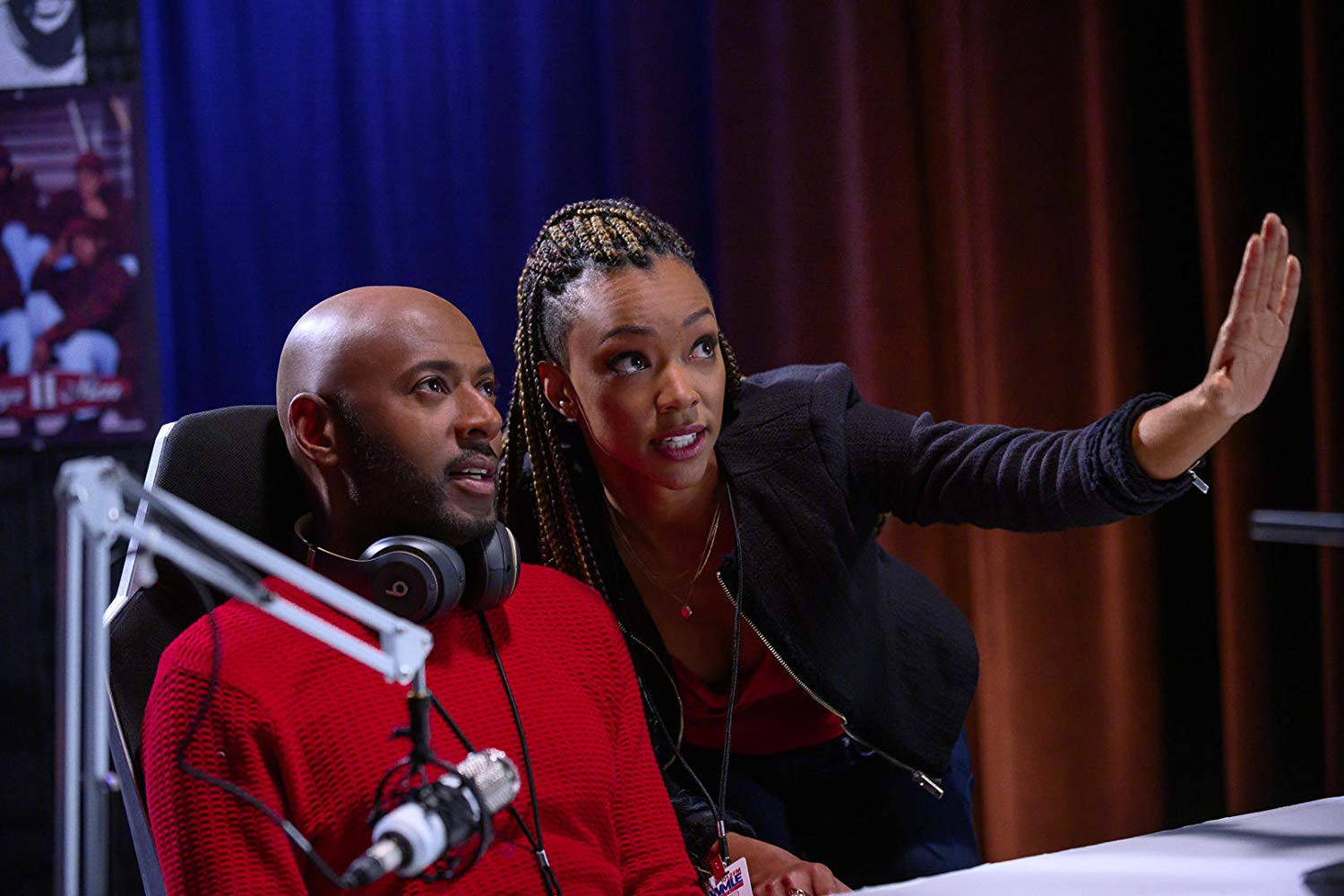 On the plus side it’s at least to see more diversity among the Netflix Christmas films as too often they’re dominated by one demographic.

Holiday Rush is one of those Christmas films you should watch while you’re preoccupied with anything else from baking cookies, wrapping gifts or addressing Christmas cards. The diversion will help from investing too much attention and effort with a film that should have come with a gift receipt.