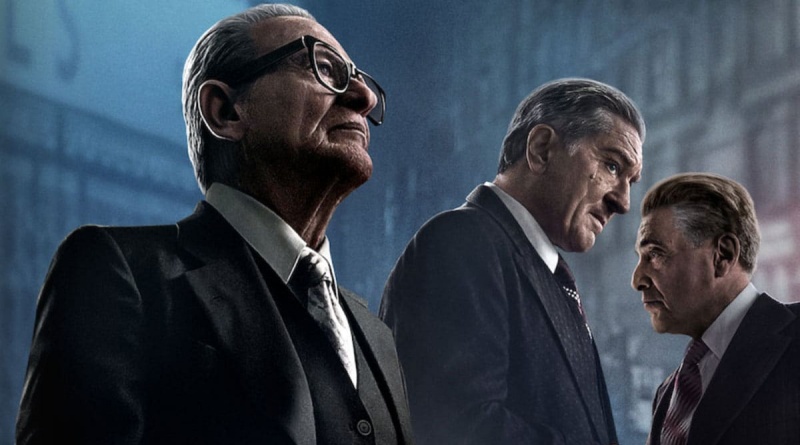 It’s easy to see why audiences would love The Irishman. Director Martin Scorsese goes on a mob movie nostalgia tour and he brings some of the icons of the genre with him. These are the masters of that domain so acclaimed you only need the last names: De Niro, Pacino, Pesci and Keitel.

Scorsese is locked in to his comfort zone with the A-list of A-list performers in the genre. Let’s assume Ray Liotta was just too busy shooting Marriage Story to join in on the fun.

But something feels off with The Irishman. It’s not with the actors, who fit into their roles as comfortably as that worn down irreplaceable pair of slippers. Scorsese knows how to craft a scene like few others with one-take shots that he almost makes look to easy. So what’s the problem? 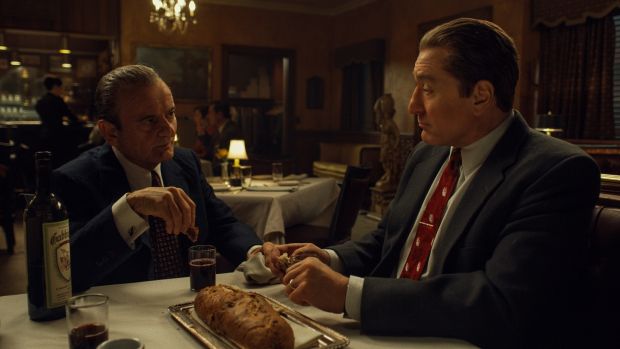 Maybe it’s that watered down sense of deja vu that’s inescapable throughout. The Irishman has some very good and funny moments, but it feels like Scorsese is chasing his earlier genre-defining efforts.

They’re some of the best so there’s no shame and coming up short to their level, but Scorsese tries to capture the magic once again and can’t pull off the trick. Then there’s the dodgy pacing that stretches the film out to the three and a half hour mark.

The run time is crushing and needed some serious editing. That works for a sweeping epic or multi-layered film like the first two Godfathers, but Irishman is just long instead of epic. I flipped from being disinterested to coming around to enjoying it then back to wondering when it was going to end. It’s a story that could just as easily be told with an hour removed without losing anything important. Is The Irishman really an hour better than Goodfellas? 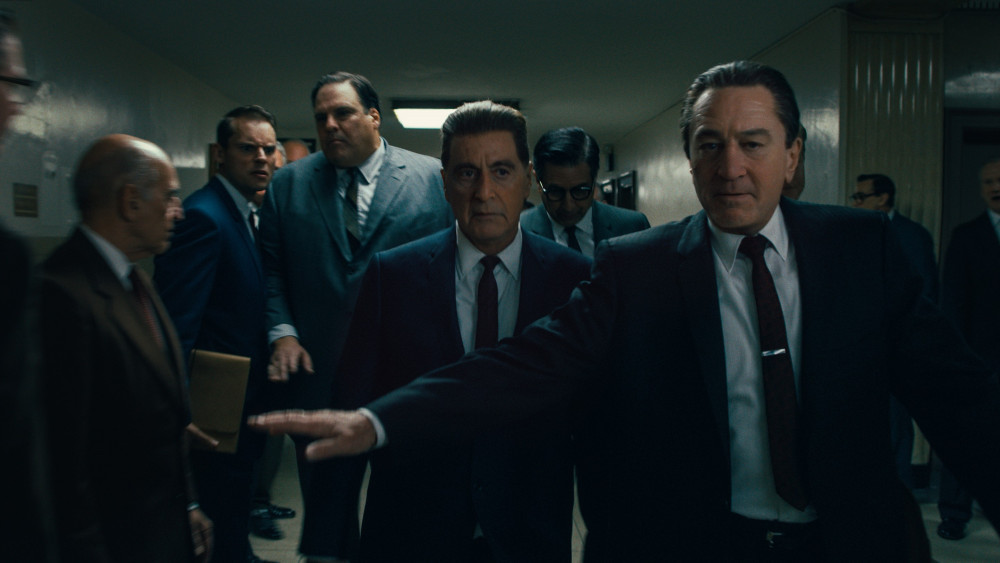 Frank makes his way through the ranks and eventually gets in good with the respected Russell. Eventually he gets assigned to working closely with Hoffa. Screenwriter Steve Zaillian adapts Charles Brandt’s book I Heard You Paint Houses, which explores Hoffa’s disappearance and murder.

The script is funny and Zaillian does a strong job of establishing the friendships and Frank’s torn loyalties between Russell and Hoffa.

De Niro is so clearly in his element it’s hard to remember sometimes he’s just acting. Pacino hasn’t been this good in years. Yeah, Pacino has his trademark wild out moments, but they’re warranted here. The film is at its best when Pacino is onscreen as he’s electric. It’s still a thrill watching Pacino and De Niro playing off each other, which is much more on the Heat level than The Recruit. 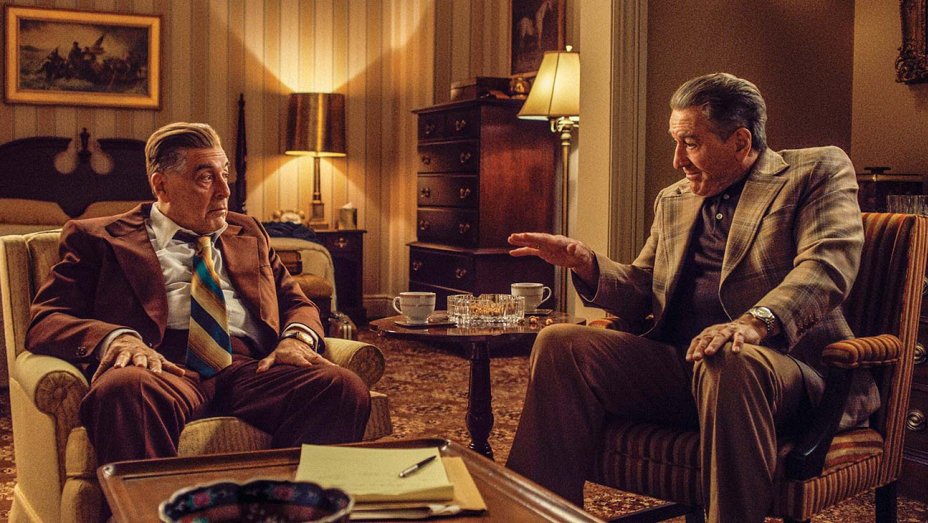 Pesci goes the opposite route playing the more reserved elder statesman. It’s an unexpected turn from a performer who made his career out of loud and over the top characters. Scorsese doesn’t pass up on the chance to deliver a Pacino/Pesci scene as well.

There’s also that unavoidable notion that The Irishman is just another white guys only movie. Of course the ready made excuse is that this is a mob/gangster movie and diversity isn’t needed, but that’s lame. The one black guy with any significant screen time kills a mob boss and is instantly swarmed by police. Another who also has a non-speaking role is the head of the NAACP.

There’s no worthwhile roles for any women either. Casino had a dazzling performance from Sharon Stone and Lorraine Bracco was an important character in Goodfellas. Anna Paquin plays Frank’s adult daughter and has one line of dialogue, which is ridiculous given the character’s importance in the narrative. Paquin conveys a lot through judging eyes, but she deserved better especially given the randomness of her one line. Frank’s nurse (Dascha Polanco) has more dialogue and a more memorable exchange. 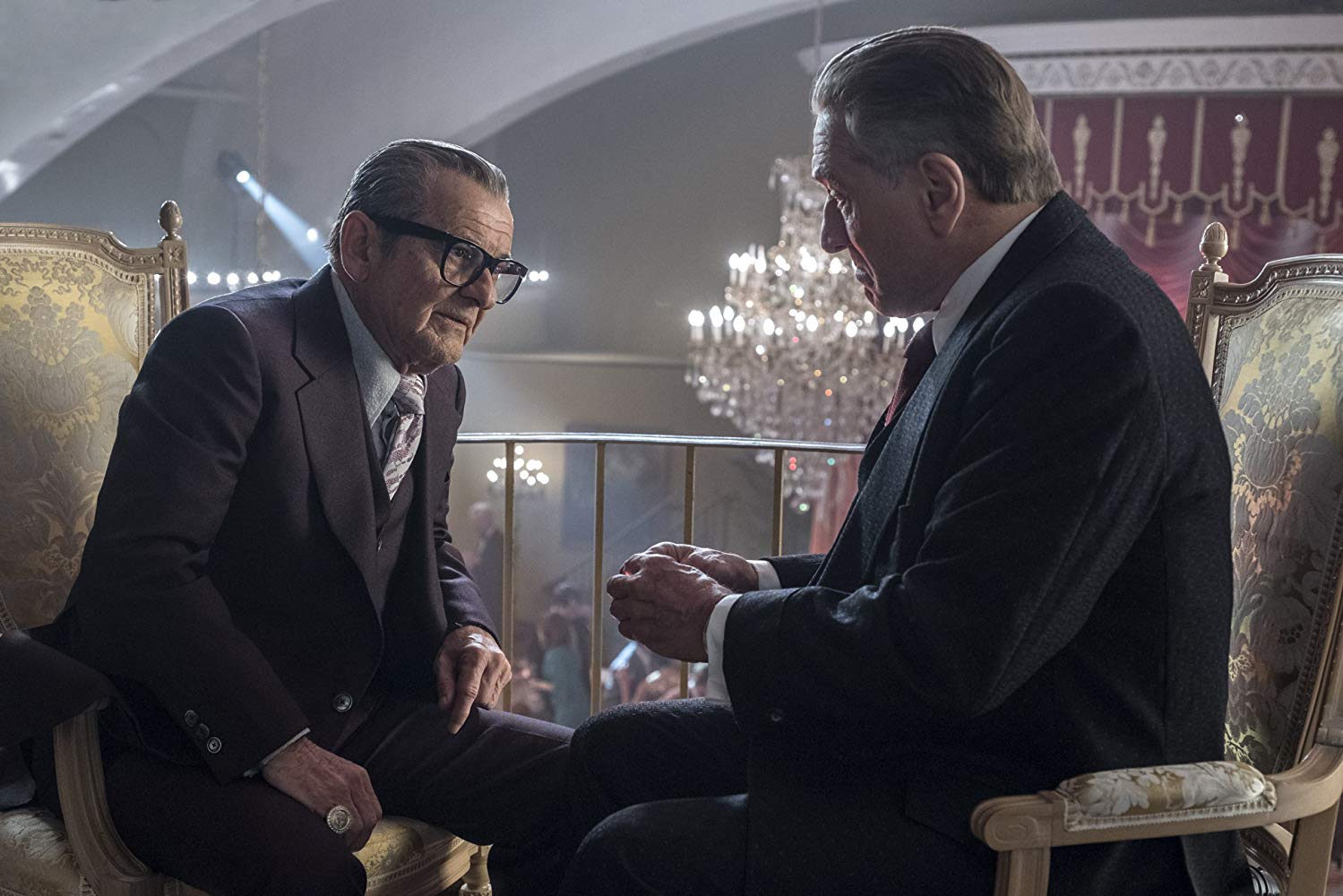 It’s a little odd that Scorsese, a charter member of the old school method of cinema, would dabble so deliberately and frequently with CGI to de-age his performers. That’s the kind of thing you’d expect from hacks and bush league directors who need to take shortcuts instead of making true cinema.

Buried within the excess, The Irishman is a fantastic film. For some it will be worth the dig, but I’m perfectly content watching Scorsese’s previous gems that make more effective use of their length and tell a more engaging story.