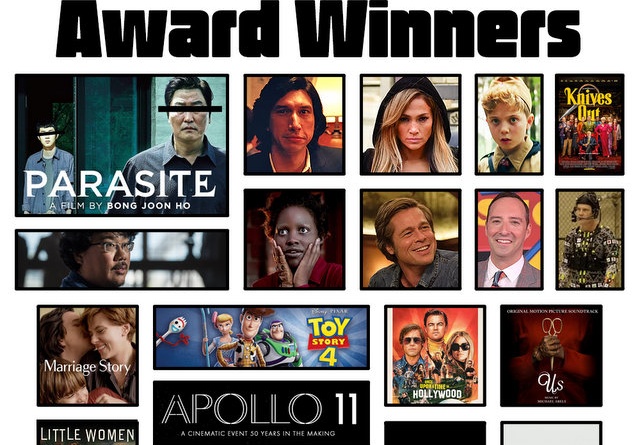 I’m a voting member of the group and this past week was a mad dash to catch recommended films and potential nominees. I knocked out my nominations early Saturday and then we turned around and voted yesterday before today’s big announcement. I’m thrilled with our Best Actress selection as I was championing her since the first quarter of this year. I’m ecstatic I wasn’t the only one who thought she deserved the prize.

While I didn’t like The Irishman like some others, I’m surprised it was completely blanked here. It was a toss up for me between Brad Pitt and Al Pacino in the Best Supporting Actor category. My vote didn’t win, but I definitely am not mad at our selection. Likewise for our Best Supporting Actress choice as she was my runner-up for my vote.

Here are the rest of the winners

Best Supporting Actor:
Brad Pitt (Once Upon a Time…in Hollywood)

Best Adapted Screenplay:
Greta Gerwig; Based on the Novel by Louisa May Alcott (Little Women)

The Joe Barber Award for Best Portrayal of Washington, DC:
The Report

And here were the nominees:

The 2019 WAFCA AWARD NOMINEES WERE: