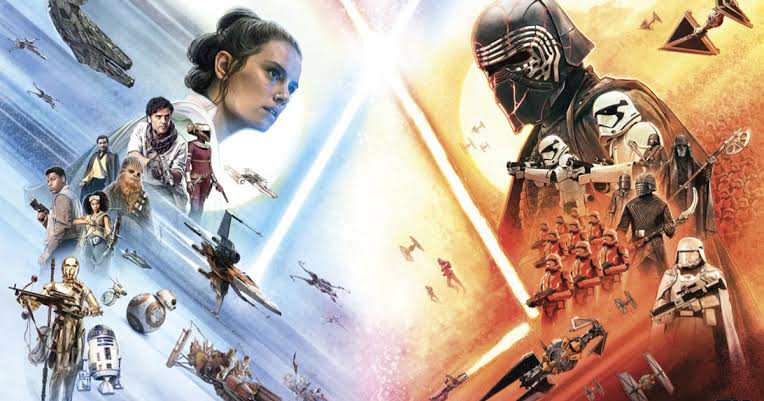 Ever watch a child play with their action figures? They’ll do ridiculous things like have Batman fly, Captain America shooting lasers from his eyes or give Spider-Man powers to shrink to the size of a spider. Their imaginations are limitless and they don’t follow any established rules. Kids can get away with it. When you’re (allegedly) wrapping a nine-saga story like JJ Abrams with The Rise of Skywalker you can’t.

There’s a certain measure of responsibility Abrams ignores simply because it doesn’t work for the story he wants to tell. That story got dramatically altered by Rian Johnson with The Last Jedi and Abrams basically spends two and a half hours taking his ball back.

I’ve already written my spoiler-free review so this is where I’m going to just break down how this film ended this Sequel Trilogy so poorly.

After Captain Phasma I was hip to the Sequel Trilogy’s game of introducing cool looking characters only to do nothing with them.

While the splash of red looked cool and might sell a few figures there was nothing Sith about these troopers. If anything, why weren’t they just called Final Order Troopers?

The Knights of Ren alternated between being intimidating and worthless. These are presumably the same guys who helped Ren kill all of Luke’s Jedi. And sure there may be some fill in the gap side story in a book, comic book or video game, but they have a level of importance in the films and do nothing.

A big question from their lack of development is why would they turn on Ren? This was literally his crew and they don’t take him killing a few Sith Troopers as the call to run with his coup right now? It’s amazing how effective they are against a non-lightsaber wielding Ren, who apparently forgets how to use the Force to even steal one of their weapons.

Naturally once Ren gets a lightsaber his crew is decimated faster than Jedi who barge in on Chancellor Palpatine’s office unannounced. Speaking of…

Palpatine is back baby

Bringing Palpatine back was such a ludicrous move. This is what happens when the agenda is to redeem Kylo Ren and not make him the main villain. Redemption worked for Anakin because the love of his son brought him back from The Dark Side.

Lucas further explained Anakin’s love of family in the prequels. It doesn’t check with Kylo, who just comes off as a petulant moody child raging through the Sequel Trilogy off emotion. He’s the Sith unchecked and there really is no conflict within him.

We’re supposed to go along with the notion he’s been stewing in a Sith crock pot manipulating everything behind the scenes and gathering a million Sith or Sith followers. And three million Super Star Destroyers. 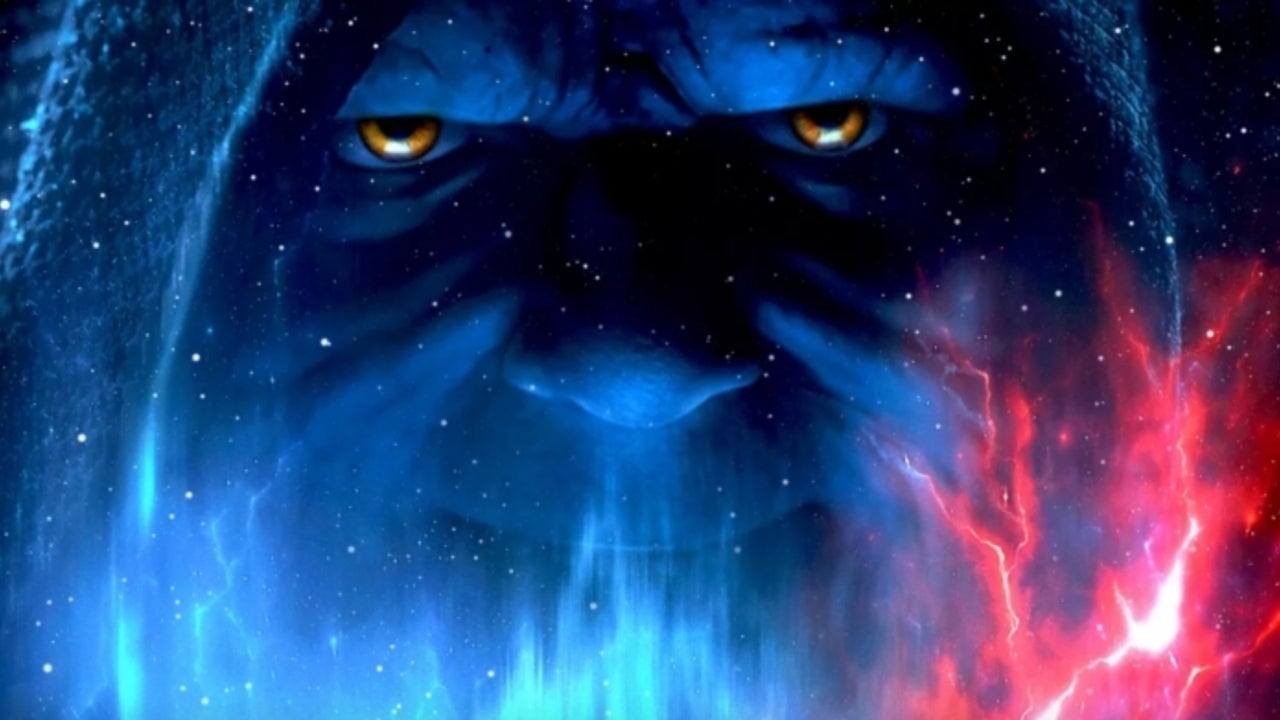 Also at some point, Palpatine hooked up with some previously unrevealed woman and had a kid. It makes sense for Sith to break the attachment rules so that’s fine. Not fine is the notion that Palpatine didn’t indoctrinate his kid on the super Sith propaganda system. Also, why was Palpatine’s kid not a super Force user? It’s not like the Force is like having twins and it skips a generation.

Let’s try and give them some benefit of the doubt and fill in some major gaps for them and say Palpatine realized his child wasn’t a Force user and manipulated midichlorians to make Rey a super Force user. This raises a big question though. Why the heck would Palpatine settle for just one? Did he not want to upset some unspoken Sith rules?

Would making two super Siths violate a code? Clearly Palpatine would stack the deck in the same manner he did with planet destroying Star Destroyers and make 20-30 Sith kids, right?

Once he gets super powered up, Palpatine somehow has enough power and control to use his lightning to selectively take out the Resistance fleet. Yet somehow Rey is able to withstand all of his power with a pair of lightsabers? That didn’t make a lot of sense. Actually it made as much sense as The Emperor’s audience to just watch Rey stand up against him and not mob rush her or shoot her.

Also, why does Palpatine keep spamming the Sith Lightning when it’s starting to come back on him. The dude has been a zombie for years and he still went with the same exact trick expecting a different result?

“Hey Rey, I’ve got this great guy I think you’d hit off well with named Kylo. Ok, he’s a little moody, slaughters random people to make an example out of them, destroys stuff when he loses control of his temper and …(lowers voice) yeah, he kinda killed his dad. So should I give him your number?”

This isn’t Han Solo getting his rough edges smoothed out by Leia, it’s a mass murderer getting his romantic happy ending. And that just seems wrong and stupid.

Show of hands of anyone who could follow Luke’s arc in this trilogy. He tosses his lightsaber in Last Jedi and seems clueless about Rey’s identity. Now he respects his lightsaber and (spoiler!) totally knew Rey was Palpatine’s granddaughter. This seems like valuable information to pass on and not play the hide your parentage Jedi legacy he learned from Yoda and Obi-Wan. 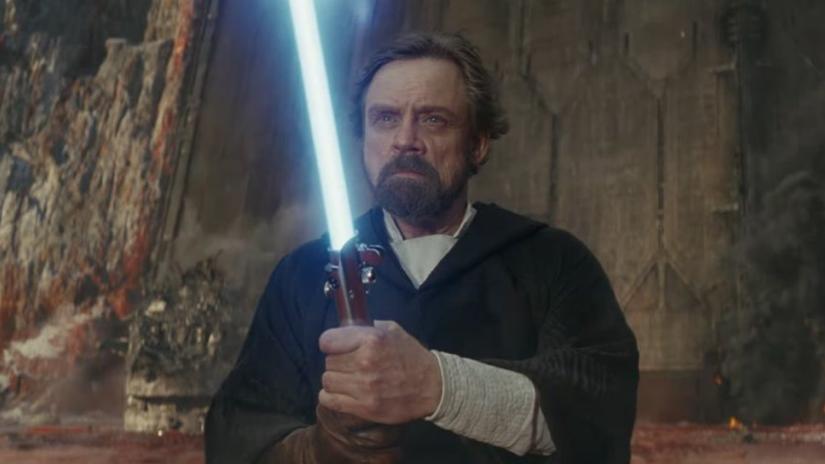 And in one of the few elements Abrams carried over Luke has the ability to touch real objects even as a Force Ghost. That probably would have been handy in the fight against Palpatine. But chilling and watching from the sidelines with popcorn is another option.

Rose was a good character in a bad subplot in TLJ. Somehow racist trolls decided Kelly Marie Tran needed to bear the brunt of their TLJ frustrations and drove her off social media. In response, Abrams decided he’d put Rose on the sidelines watching monitors. This was a terrible move and a real disservice to Tran, who deserved much better.

It used to be a situation where a movie would tell the story and the novelization would pad out some details and give a little side story to character motivations. With this Sequel Trilogy the onus is on fans to read various spin-offs and comic books and play video games like Battlefront 2 and Jedi: Fallen Order to get the full story. Want actual information on the Knights of Ren? Curious about the First Order?

Too much of Rise of Skywalker is left for the fans to do the work that the screenwriters should have done. Instead they provide a half baked movie and asking fans to treat it like 1/3 of their Star Wars Sequel Trilogy research project.

This is the worst addition to the saga as it suggests an ability no one knew about before. Even more problematic it creates a butterfly effect that essentially forces viewers to choose between the prequels or sequel trilogy.

Midway through Rise, Rey delivers a fatal blow right through Kylo Ren’s torso. This is a killing strike that we’ve seen before… 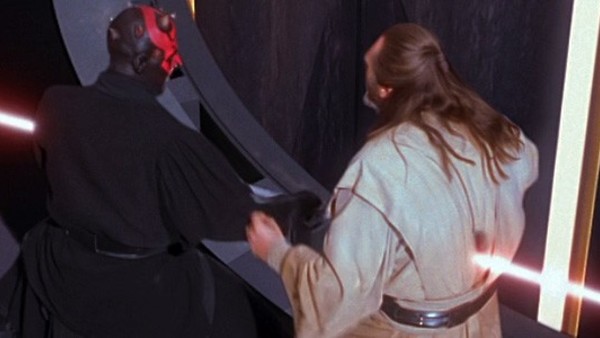 Ok so applying Abrams logic all Obi-Wan, clearly an A+ Padawan, could have done a little Force healing and Qui-Gon would have gone on to train Anakin and everything would have been fine. Alright maybe the padawan couldn’t do it. Surely Yoda, Mace, or just the female Yoda Jedi Master could have resurrected him.

Let’s just play along and say that didn’t happen, which is now established as a stretch. Time to turn to Attack of the Clones. After getting nightmares, Anakin travels to Tatooine and finds his mother who basically dies in his arms. We’re now to believe that the Chosen One with off the charts power couldn’t use some of his immense Force power to save his own mother?!? 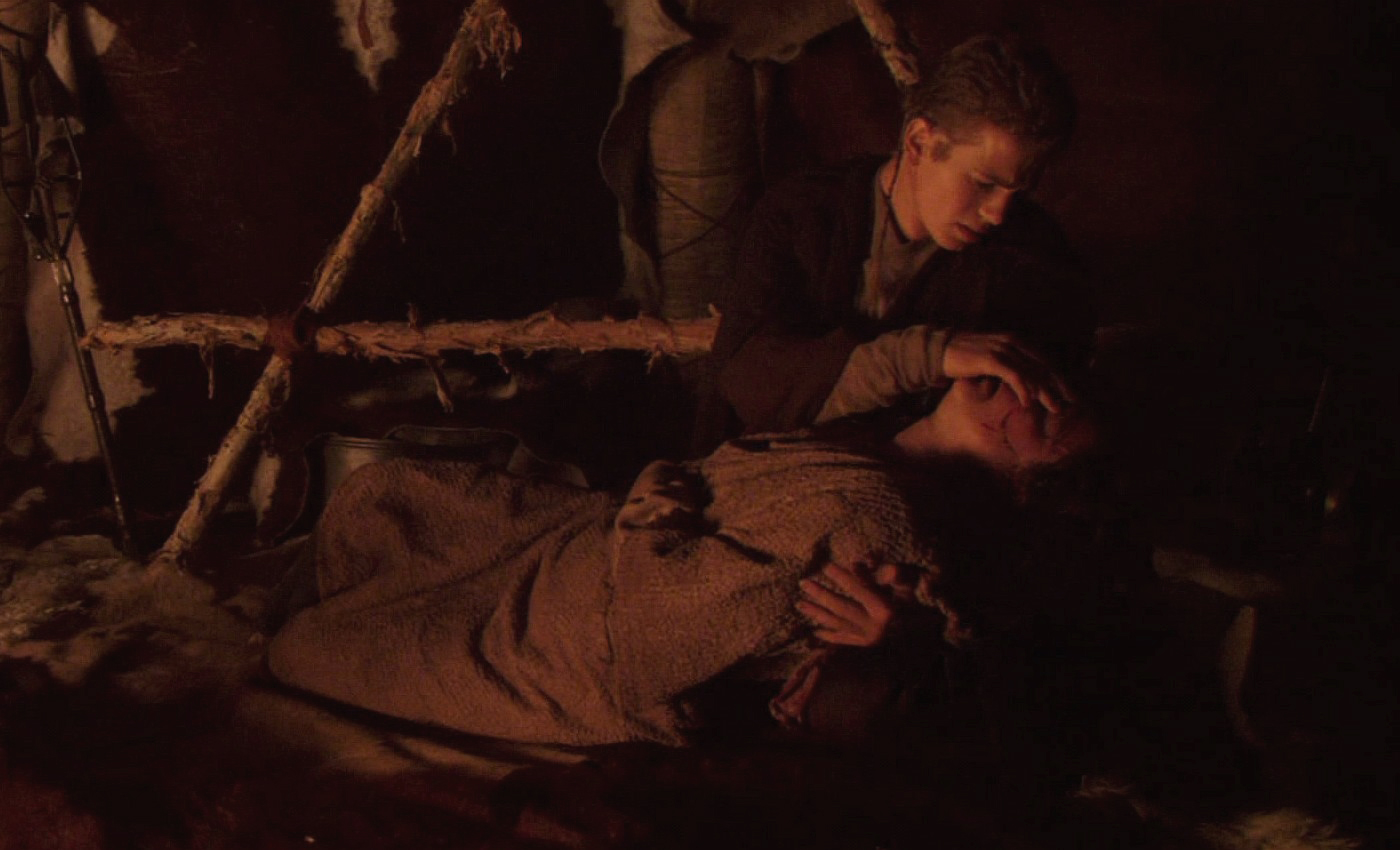 And that Battle of Genosis? Dude, the Jedi totally could have ran over to their fallen members and video game style revived them so they’d never even need the clones. Take that Dooku!

That logic also applies to the clones since the Jedi could heal any important trooper.

You know where this is going, but let’s turn to Revenge of the Sith. Anakin again has visions. This time of Padme dying in childbirth. Apparently Palpatine wasn’t lying and the Force users could have stopped anyone from dying. Let’s ignore that pesky detail of Darth Plagueis apparently putting the How to Save a Life video on YouTube.

Order 66 clearly still happens since there’s no other Jedi around to help their fallen member. Here’s where things get real tricky. Anakin chokes Padme out leaving her on the “verge” of death by heartbreak. After defeating his brother Anakin, Obi-Wan takes Padme back to the secret base where she delivers the twins. At no point does Yoda or Obi-Wan suggest healing Padme so she can raise her children or just keeping their friend alive.

Force healing isn’t some ethical question if it can be used casually to patch up wounds and it’s definitely not like Abrams touches on the downside of this ability.

Do we really think a vain Palpatine wouldn’t con Vader into giving up some of his Force essence to restore his face? Or that over time Vader wouldn’t start using Force healing to restore his scars?

It’s such a randomly tossed in ability without any thought of the larger consequences to the overall narrative, which means it’s perfectly in line with many of Abrams’ decisions.

Those are my reasons why Rise of Skywalker and this Sequel Trilogy in general failed. What’s your thoughts on it?