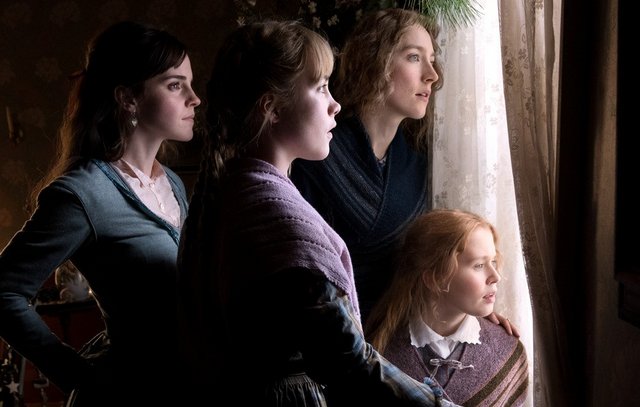 Little Women has been one of the classic American novels that is seemingly in constant rotation for new adaptations. Director/screenwriter Greta Gerwig’s (Lady Bird) take is the seventh version of Louisa May Alcott’s 1868 novel.

Yes, the costumes reflect the Civil War era of the story and some attitudes may reflect an old school mentality, but in far more important ways this interpretation of the story feels just as timely and relevant as it did when the novel was originally released.

The four March sisters — Jo (Saoirse Ronan, Brooklyn), Meg (Emma Watson, The Bling Ring), Amy (Florence Pugh) Beth (Eliza Scanlen) — are especially close siblings. Jo dreams of being a writer, perhaps a playwright with Meg playing the central character. Amy longs to be a painter while the shy and unassuming Beth is content being with her family and playing the piano. 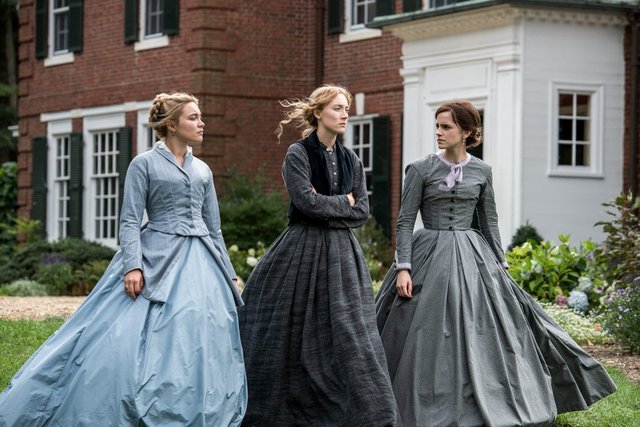 While their father (Bob Odenkirk) fights in the War, their mother Marmee (Laura Dern) keeps their spirits high with an eye for outreach whether donating food for a family in need or entertaining the neighborhood children.

Soon, the sisters befriend Laurie (Timothée Chalamet), the grandson of their wealthy neighbor Mr. Laurence (Chris Cooper). Laurie is immediately smitten with Jo, who is perfectly content in keeping him in the friend zone.

Thanks to its must-read designation on school reading lists, the story is likely familiar to many viewers so Gerwig mixes it up by dicing up the linear format and telling the story through flashbacks of varying time periods. It can be a challenge to follow at first, but it was a smart way to freshen the story with a more modern format that avoids audiences tuning out because they know how the events unfold. 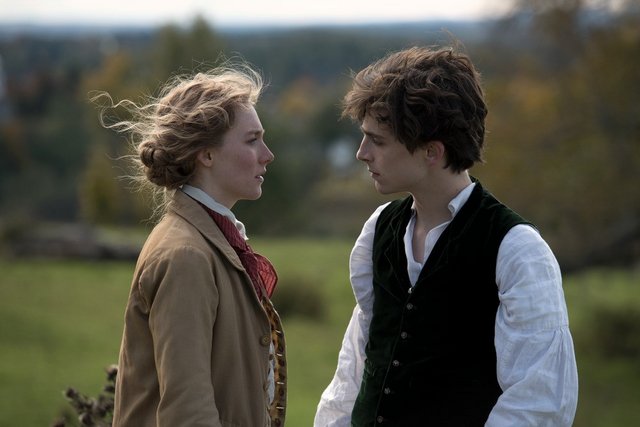 The Jo/Laurie subplot is the biggest beneficiary of this change as it provides some added depth and perspective that would be lost in a traditional presentation.

Ronan is one of my favorite actresses as she picks great roles and consistently delivers award-worthy performances. In as much as one performer can truly stand out in a strong ensemble, Ronan once again surpasses expectations. Ronan has had awful luck in capturing Oscar hardware as she was beaten out by Brie Larson for Room in 2016 and Frances McDormand for Three Billboards Outside Ebbing, Missouri in 2018.

I don’t love Ronan’s odds this year either as she’ll be battling Awkafina (The Farewell) and Renée Zellweger (Judy), but she definitely deserves a third Best Actress nomination.

Pugh is clearly a star on the rise and this performance continues making a case that she could be one a major A-list talent by the end of the next decade. She gives Amy a petty, confident and assured air that always keeps her time on screen unpredictable and interesting.

There’s something refreshing about a story where the characters don’t have some dark secret or hidden agenda. Gerwig brings up the book’s key themes of independence, wealth, career ambitions and love in equal measure never clearly favoring one path over the other. Meg doesn’t come off as weak or less than for wanting to be married and have a family and Jo isn’t made to look delusional for not wanting to be reliant on a man in that time period. 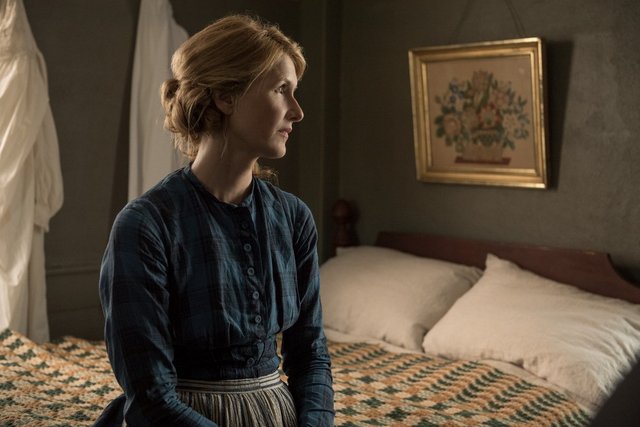 Dern is having a terrific year and it’s hard to predict which of her excellent supporting roles — for this or Marriage Story — she’ll receive a Best Supporting nomination. Meryl Streep has a fun supporting role as the stuffy and unfiltered Aunt March. As you’d expect from a period piece, the costumes from Jacqueline Durran (Atonement, Beauty and the Beast) look amazing while Yorick Le Saux‘s cinematography is warm and inviting.

At 134 minutes, this isn’t a short film and at times feels like it could have benefited from some tighter editing, but it still makes for an immensely rewarding experience. 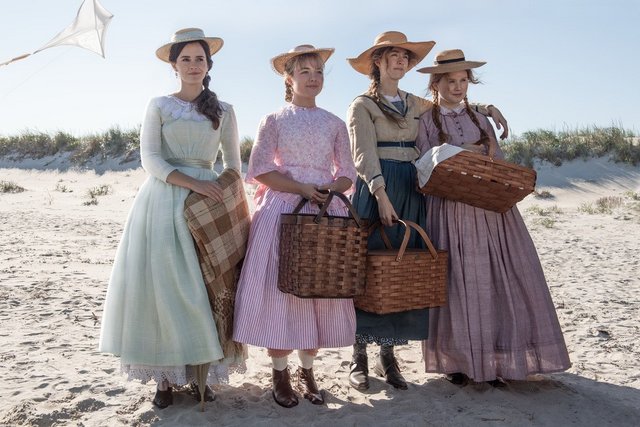 Undoubtedly another filmmaker is going to want to try their take on it, but hopefully that’s years or even decades from now as Gerwig’s version deserves its time in the spotlight as the book’s best adaptation.