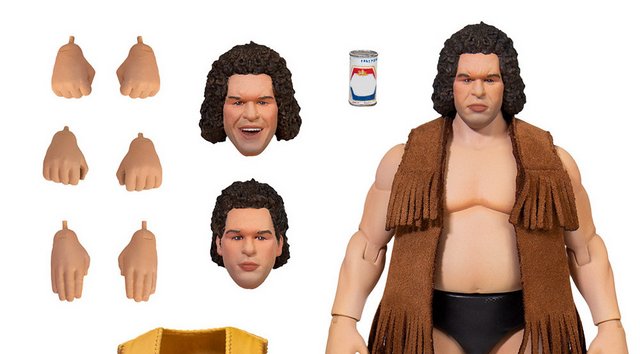 Mattel has knocked out some really solid versions of Andre the Giant, but now Super 7 is entering the ring. Super 7’s version is more of a classic old school look from his 70s heyday.

I’m liking Super 7’s wrestling figures so far and am excited about seeing what they’ve got in store for 2020. 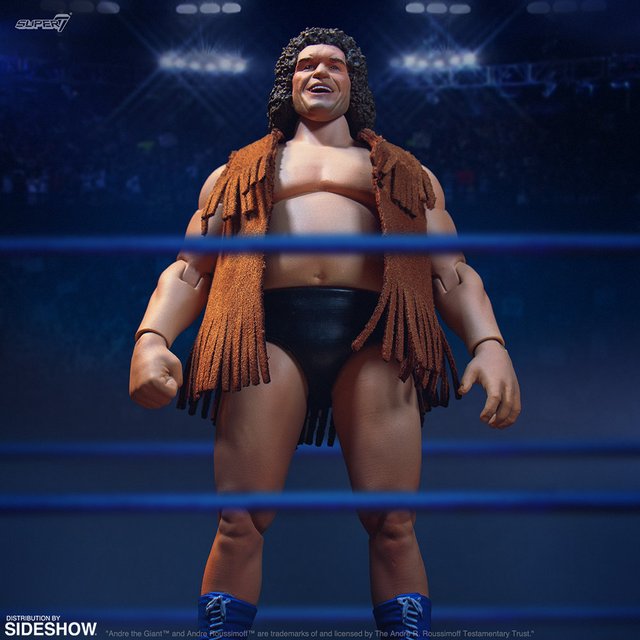 Andre the Giant: The 8th Wonder of the World! One of the most recognized icons of the 20th Century from his exploits in the wrestling ring and on the movie and television screen. The Andre the Giant Ultimate Figure is a 10.75 inch tall, highly articulated and fully poseable action ﬁgure. It will come packaged in a deluxe slip case-style box that presents Andre in all his larger-than-life greatness. 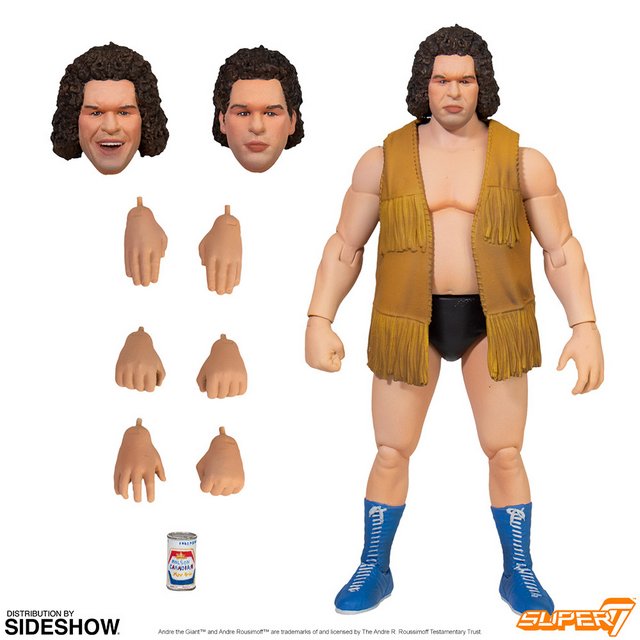 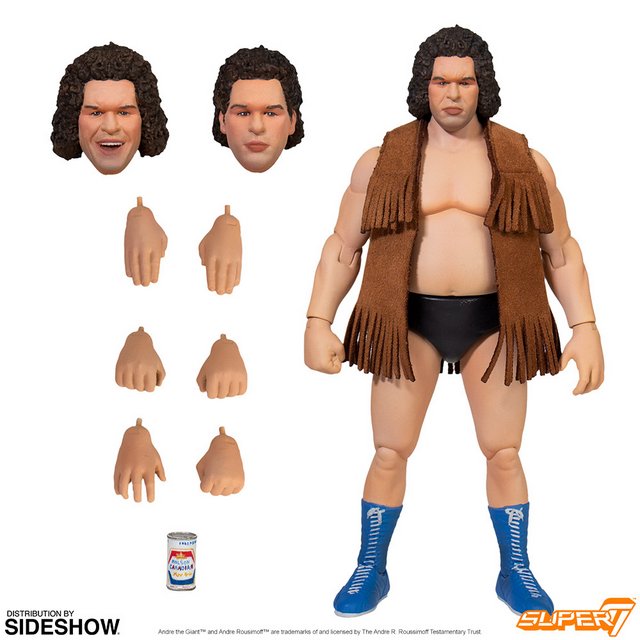 Here’s all the accessories: 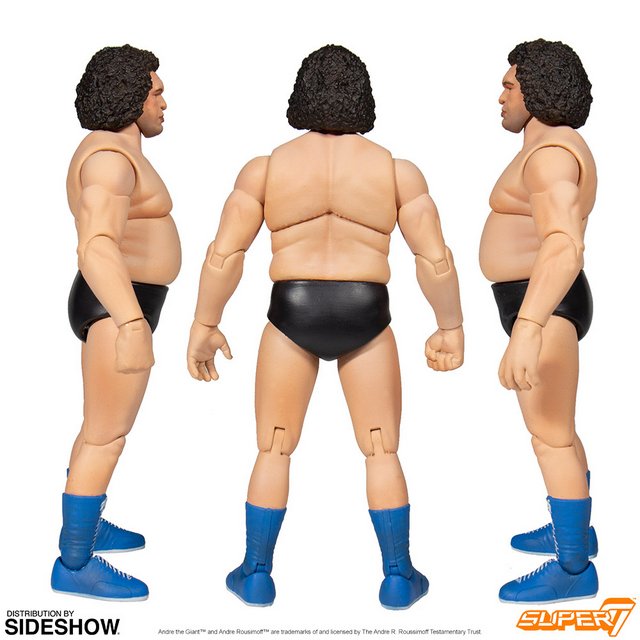 I like all of these accessories. The one sticking point is the price. Is this worth two times more than a standard Mattel WWE Elite figure? 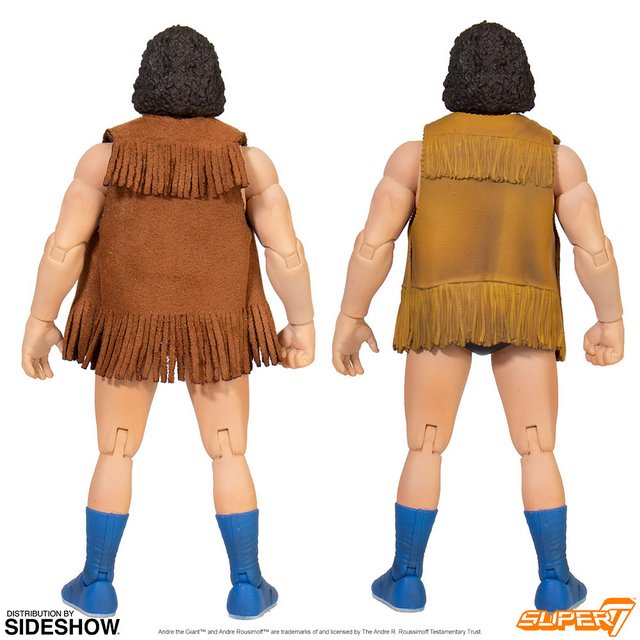 Maybe not for a figure that’s already been done, but if Super 7 starts cranking out a Shane Douglas, Sabu, Sandman, Butch Reed, Steiner Brothers and guys Mattel hasn’t signed I definitely could see grabbing more of these figures.

You can pre-order Super 7 Andre the Giant from Sideshow Collectibles now.