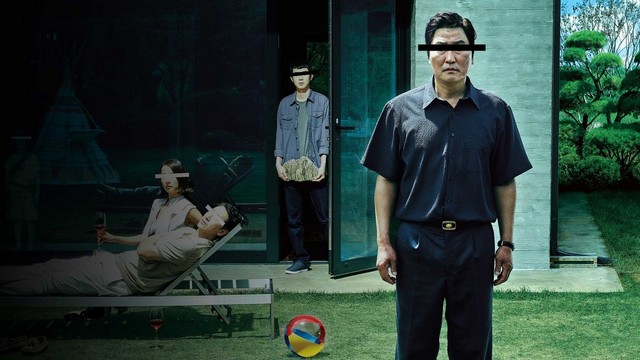 After seeing Parasite the only real question is how high you’ll rank it in your top films of 2019 or the 2010s decade list.

Director/co-screenwriter Boon Jo Ho weaves what definitely has to rate as a must-see masterpiece. Parasite excels as a comedy, drama and thriller. For a lot of films succeeding on just one front would be an accomplishment, but it almost seems easy here. 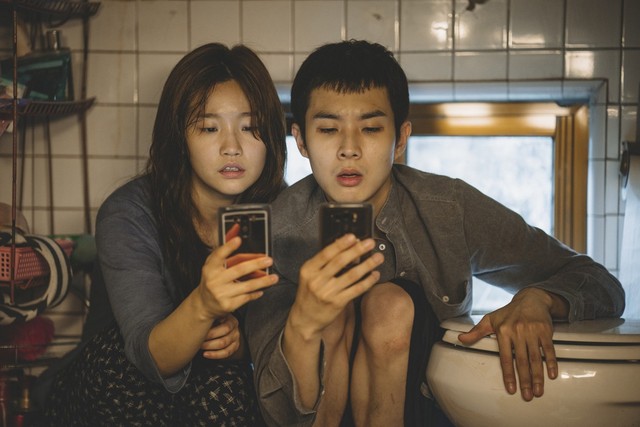 Yes, there’s subtitles, but don’t let that be an impediment to enjoying the film. The dialogue is never so rapid fire that it creates a disconnect between the text and the action so you won’t get lost trying to keep up with reading and watching.

The Kim family are a close-knit, but down on their luck foursome. They borrow/steal Wi-Fi from their neighbors and take any random job to make ends meet. The Kims are clearly on the low side of life where passersby on the street urinate in their alleys and exterminators fill their home with spray.

Their fortunes change when the son, Kim Ki-woo (Woo-sik Cho), gets a gig tutoring a girl from the well to do Park family. Sizing up the distracted mother Yeon-kyo (Yeo-jeong Jo) and distant father, Dong-ik (Sun-kyun Lee), Ki-woo sees the opportunity to get the rest of his family jobs within the household. Getting his sister (So-dam Park) in as an art therapist for the younger Park was easy, but to get his parents (Song Kang Ho and Hye-jin Jang) jobs, they’ve got to get rid of the current help. 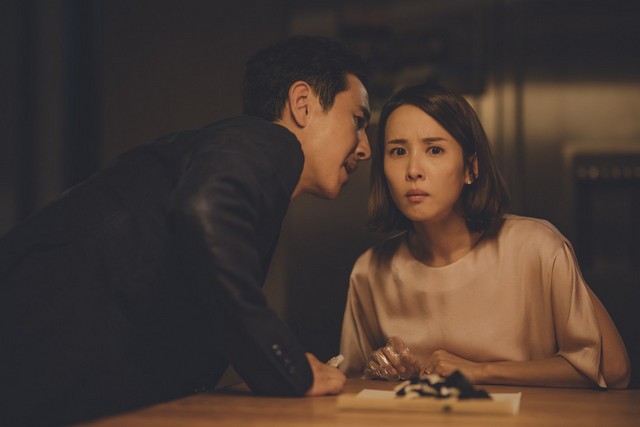 There’s so many fascinating layers to the film. One of the more interesting ones is how Jo Ho and co-screenwriter Jin Won Han justify character actions. The Kims are pulling off a major scam, but it’s not like they’re not working for their payday. And it’s easy to root for characters who clearly have never enjoyed the finer things getting a chance to taste the good life. It’s also hard to not feel bad for the Kims, who haven’t done anything to warrant this long-scale con and are by all accounts, good employers. Sure, there’s a line between employee and employer, but they don’t treat their employees crappy.

Parasite really could have just played out on this comedic edge, but it develops into something more when some thriller/drama elements are worked in. This shift doesn’t feel forced and comes off like the natural progression of the story. It helps that the entire cast is so versatile and can easily shift their portrayals of the characters as the film plays out.

Song Kang Ho might stand out the most as the Kim patriarch whose been beaten down by life so much he doesn’t have a long-term plan to get out of their situation.

There’s some interesting allegories as well. Easily the most striking is the scene where the big rainstorm arrives and the Kim family metaphorically is washed out from the palatial estates of the Park household into the dank and depressing sub-levels. As nice as their pretend life is, eventually they’ll be flushed back down to their bottom-feeding existence. 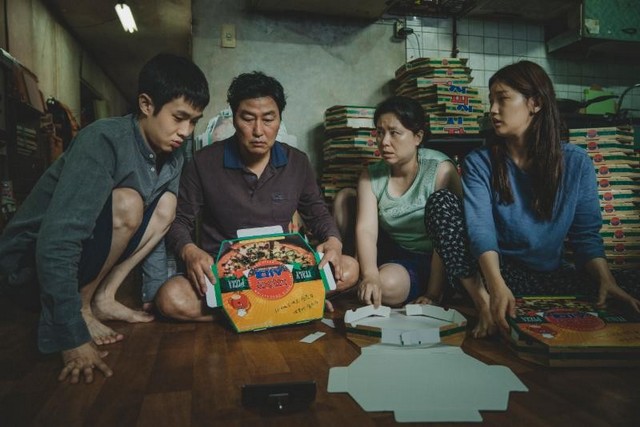 Another is how Mr. Park can’t even bear the smell of the lower class and is dismissive despite his polished exterior. It’s a cross-cultural lesson on how we view each other and how sometimes those actions can have seriously unintended consequences.

Parasite couldn’t end on a happy, cheery note. That wouldn’t have been true to the set-up, but it does leave audiences with a call to action to consider each other beyond our social status, which seems even more relevant in a world seemingly driven by social media. Parasite is going to prove a timeless film and one whose premise will always remain relevant.