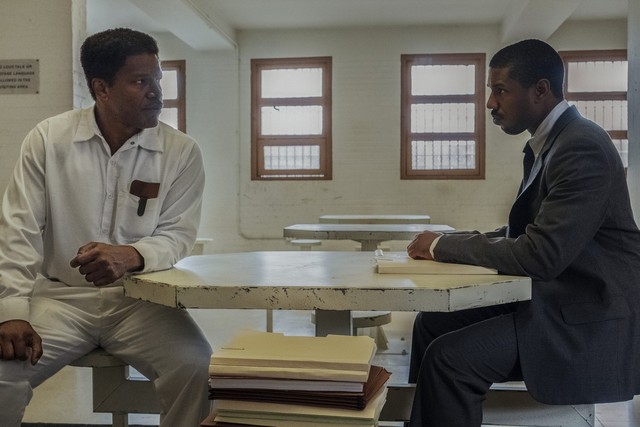 Just Mercy is one of those frustrating strong movies. It’s not due to the performances, directing or script. It’s solely a function of a film exploring a corrupt justice system set in the early 90s feels maddeningly just as relevant in 2020. In that sense, Just Mercy isn’t so much a feel-good movie but more of another indictment of a broken system that seems ill-equipped to ever truly provide justice for all.

There seems to be a default in terms of what kinds of movies featuring black performers get released in Hollywood. Slavery is a go-to preference and civil rights era films are a close second. This is especially true around Oscar season where films that get buzz typically revolve around black people in chains or rising up against racism. Good thing those are problems of the past, right? Oh, right.

It’s frustrating that award-nominated films featuring predominantly white casts get to explore a variety of topics from the mob, mental illness, war heroism, Hollywood’s golden age, divorce, business innovation, etc. while black films have to face racism in some way. These films could be inspiring if they offered some hope or reason for optimism, but all it takes is one political tweet, a police assassination or award nomination announcement to remind black viewers the deck is largely stacked against them. 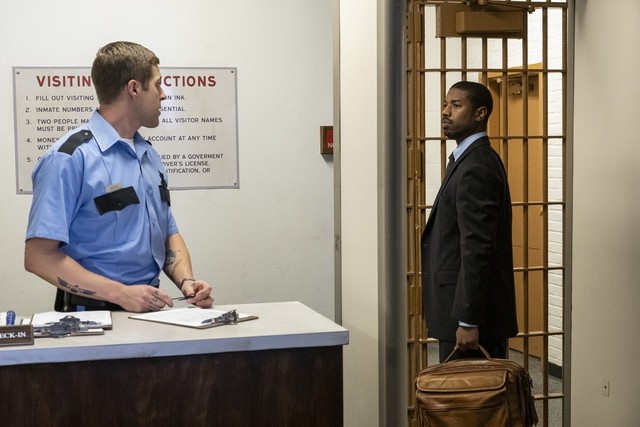 Just Mercy looks at Bryan Stevenson, a real life attorney whose crusade for justice should have him hailed more as an actual hero. Stevenson has worked to expose the flaws in the justice system and freed over a 100 wrongly imprisoned death row inmates.

The film is based off of Stevenson’s 2015 book of the same title about the early days of his organization, the Equal Justice Initiative, and his efforts to free Walter McMillian (played by Oscar winner Jamie Foxx, Baby Driver) for a crime he didn’t commit in Deep South — code for super racist — Alabama.

Michael B. Jordan (Creed II) plays Bryan. Unlike some biopics, Jordan bares a more than passing likeness to Stevenson. Jordan doesn’t deliver bad performances, but this might be his most nuanced as he can’t lash out like his characters in Black Panther and Creed. 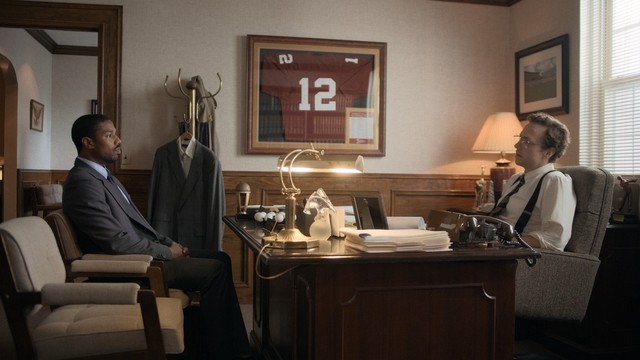 Instead, he has to bring a quiet intensity to the role and a fierce determination of a black man put through some humiliating and terrifying encounters just for trying to do his job. That restrained dignity is necessary as acting in a remotely aggressive fashion could get him killed.

After meeting with several death row inmates, Bryan thinks he has two potential strong cases with Vietnam veteran (Rob Morgan, Daredevil), who never received proper care for his PTSD and Walter. In the latter’s case there’s an overwhelming amount of evidence suggesting Walter’s conviction was a matter of convenience instead of guilt. 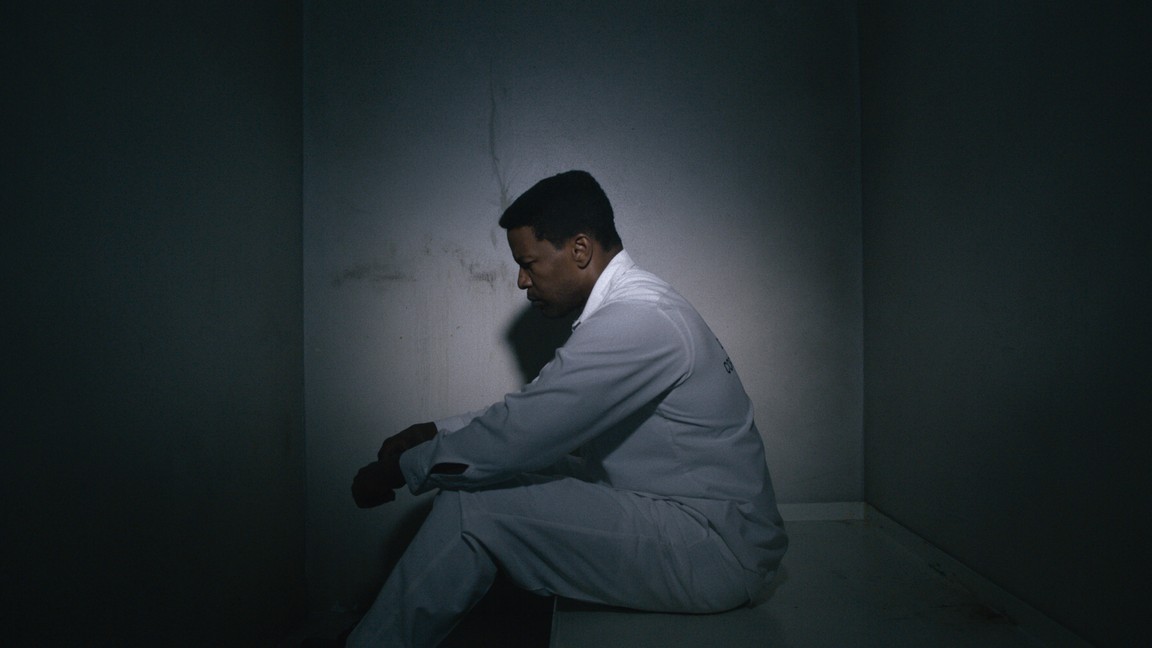 Predictably, not many folks are happy to see Bryan as he’s digging into a case where a young white woman was killed by a black man. It’s tough when the sheriff and judge hang out in a bar that proudly displays the Confederate flag.

Bryan does have an ally in Eva Ansley (Brie Larson, Avengers: Endgame), who puts her family in some jeopardy by housing him and working as Bryan’s office assistant. Director/co-screenwriter Destin Daniel Crettin and co-screenwriter Andrew Lanham take responsible measures to not paint Eva as a savior character, but someone who won’t sit back and allow injustice to run amok unchecked. Larson also delivers the kind of solid performance you’d expect from a Best Actress Oscar winner. 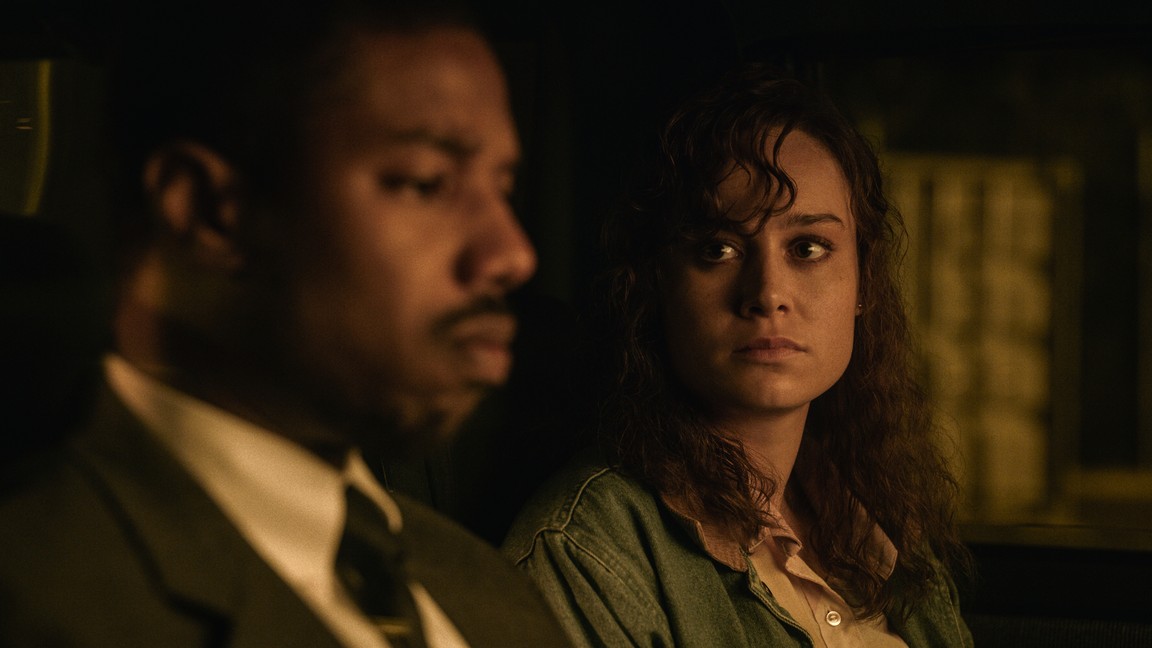 Crettin has a more than capable cast include Rafe Spall (The Ritual) as the complicit prosecutor and Tim Blake Nelson (The Incredible Hulk) as a key witness Bryan needs that could in effect end the case.

It’s Foxx who delivers the most chilling performance with his emotional take of a man losing his life stuck behind bars. Foxx gives Walter a weariness where the years stuck in a cell have taken their toll and killed off any remnants of hope. Crettin wisely devotes a reasonable amount of time showing how Walter’s imprisonment is affecting his wife (Karan Kendrick), family and friends.

The communal impact is something that doesn’t get explored in these types of prison movies and it gives the film a fresher perspective. There’s only so many ways to make a courtroom drama fresh and Crettin and Lanham add some smart wrinkles besides going so deep into the racial playbook. 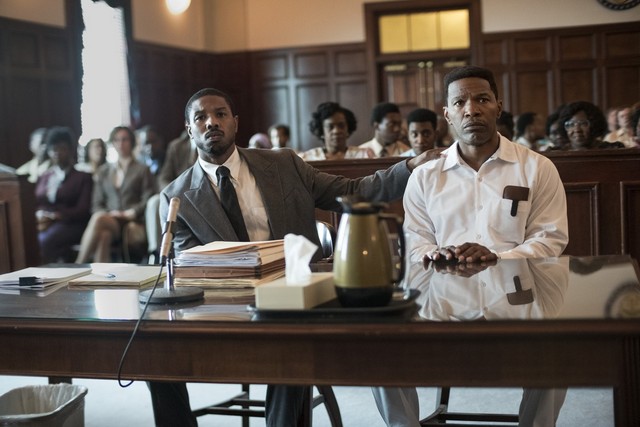 Just Mercy is a very well done film spotlighting an unsung hero and a call to action for a fairer justice system.