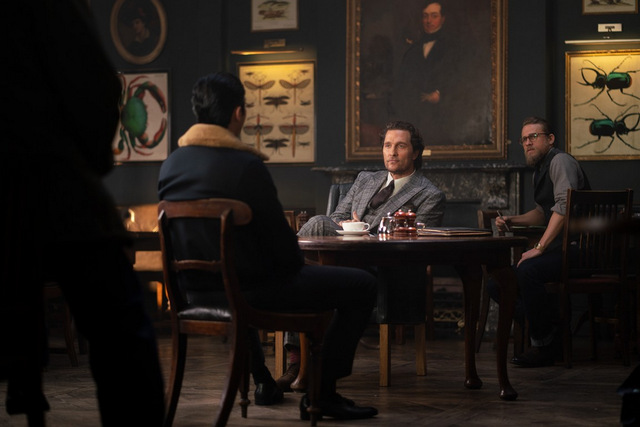 In recent years, director/writer Guy Ritchie has gotten out of his comedic crime drama comfort zone with surprising results from a pair of solid Sherlock Holmes films, The Man from U.N.C.L.E. and billion dollar grossing 2019 hit Aladdin. After proving his versatility, Ritchie returns to his wheelhouse with The Gentlemen, another very enjoyable addition to his crime caper catalogue.

The Gentlemen plays out like the standard Ritchie comedy crime drama with an assortment of colorful, quirky characters; the occasional rapid fire editing, a multi-layered plot and just enough violence to balance out the laughs.

Ritchie has a distinct flair with his films. In a lot of ways he compares favorably to Quentin Tarantino besides the feet obsession and excessive monologues. Both bring a sense of vitality and urgency to their projects and are at their best when they’ve got all-star talent in front of the camera. The Gentlemen doesn’t lack for talent or star power.

Hugh Grant kicks off the fun as Fletcher, a sleazy tabloid journalist trying to get a big payday by spilling some major secrets to Ray (Charlie Hunnam, Triple Frontier).

Ray is the right hand-man for Mickey Pearson (Matthew McConaughey, Interstellar) a self-proclaimed lion operating a sizable district thanks to his massive marijuana empire. Mickey has grown exasperated with the gangster life and is ready for retirement.

Fletcher enthusiastically sells the fallout from this decision like a movie pitch. Grant seems like he’s having a blast with the character and he’s clearly an actor Ritchie should keep in his rotation for future projects.

Ritchie’s crime films always feature some memorable dialogue and The Gentleman is no different. At times, Ritchie seems like he’s writing for an audience of one, but for the most part the jokes land squarely on target. This style of dark comedy is hard to get right, but Ritchie has proven to be one of the masters as he casually tackles issues like racism, drugs and murder.

This is also one of Ritchie’s better ensembles as his cast seems wholly dialed in to their characters. McConaughey is in his groove as he can play the suave, debonair leading man in his sleep these days. Farrell’s screen time amounts to far more than a cameo, but he’s so dynamic and engaging, it didn’t feel like he have nearly a large enough role. Brief aside: has Farrell had a bad performance since sleepwalking through 2004’s Alexander? That’s a lengthy streak of strong work. 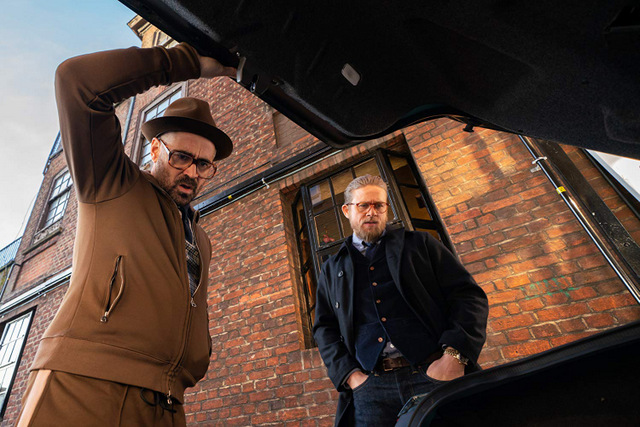 Despite the two-hour run time, the film flies by thanks to Ritche’s efforts to keep things unpredictable. The Gentlemen doesn’t reinvent the crime comedy genre, but it’s well worth checking out for fans of Ritchie’s earlier work.