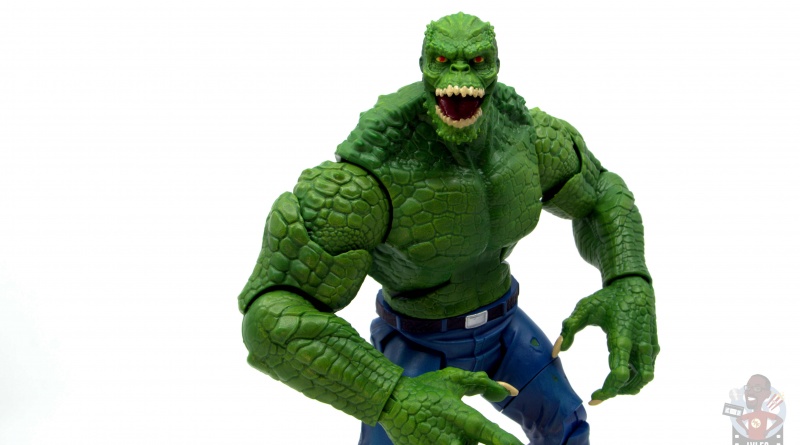 Mattel decided to go out on a high note with its final DC 6” line with some overall strong additions to the Bat Family. They saved the best for last with its last Collect and Connect figure Killer Croc. This is a tremendous figure and one that will be worth tracking down even for those who gave up on Mattel’s DC figures long ago.

Packaging:  There’s no packaging for a Collect and Connect figure and just like with Marvel Legends, there isn’t a bio either. 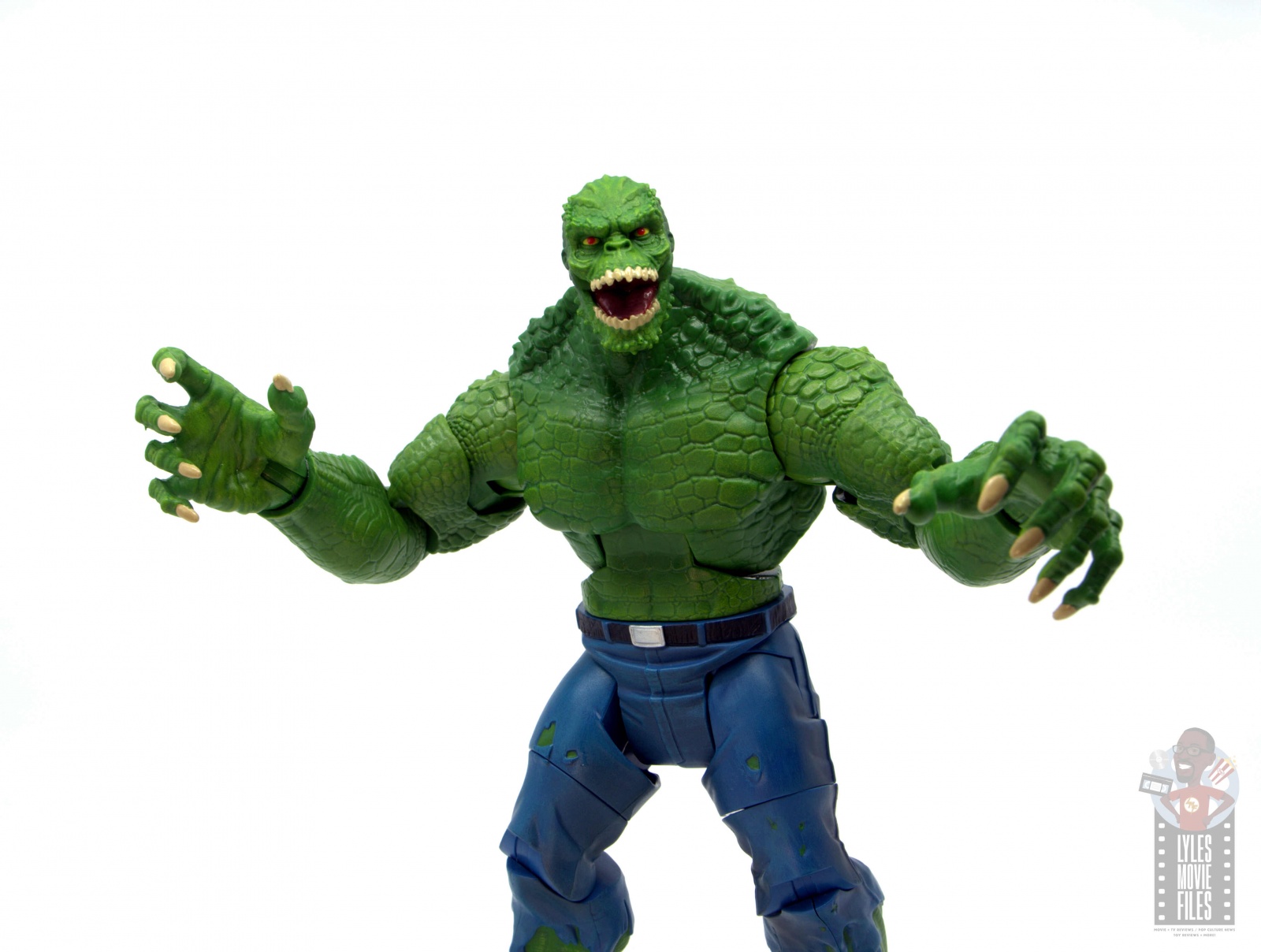 Likeness:  Geesh this sculpt is so impressive.  First off is just the immense size. He’s massive and just looks ferocious. The head sculpt might be my favorite part. It’s got a lot of character like he’s sizing up his next meal and that’s even before you fiddle with the articulated jaw.

Detailing on the sculpt is also tremendous with no shortcuts taken on the scale pattern throughout the arms, torso and head. 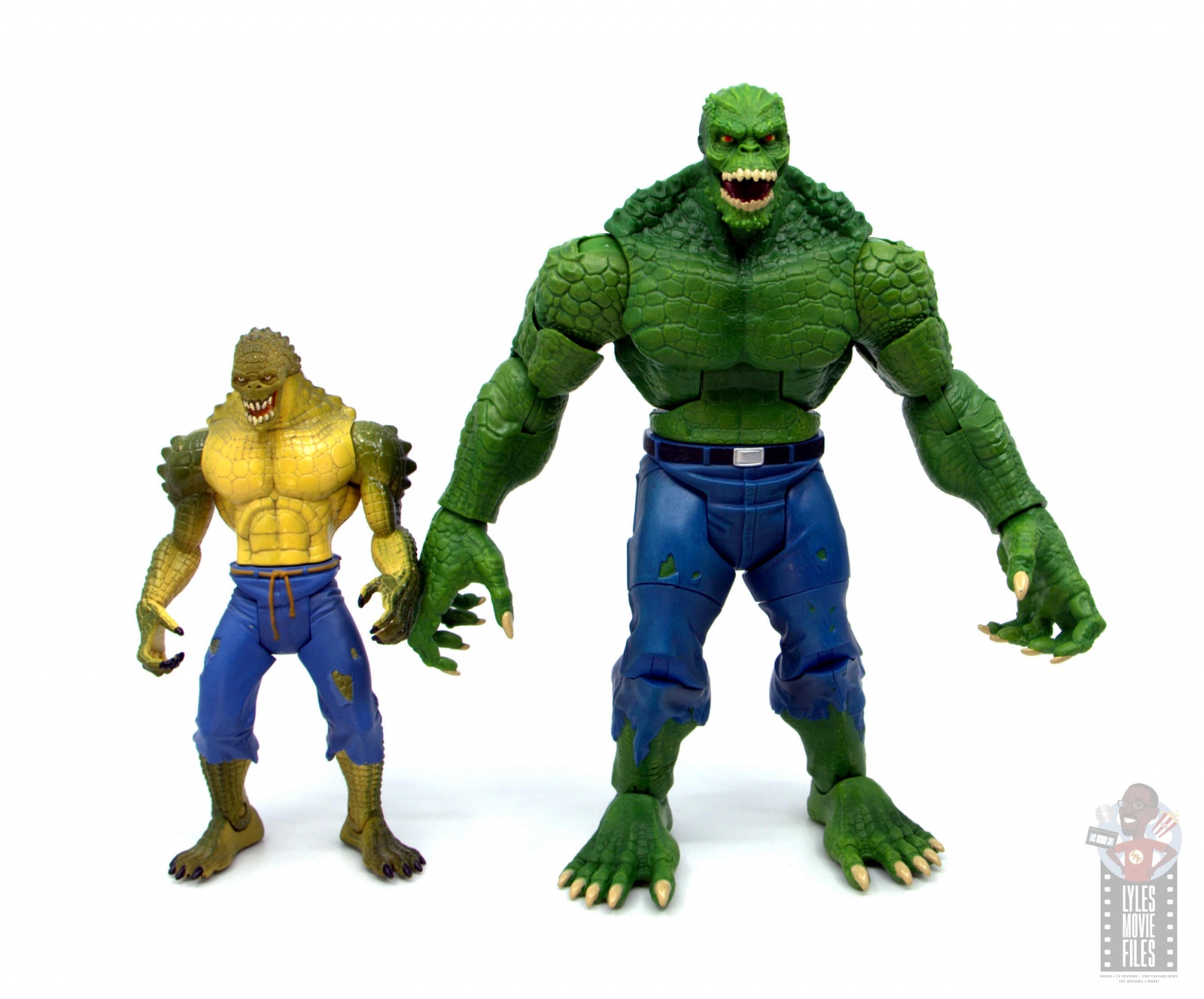 I like the string function as a belt from the DC Superheroes version as the belt seems a bit too dignified. That’s a holdover from the CAC Killer Shark figure so he gets a pass on his wardrobe choices. 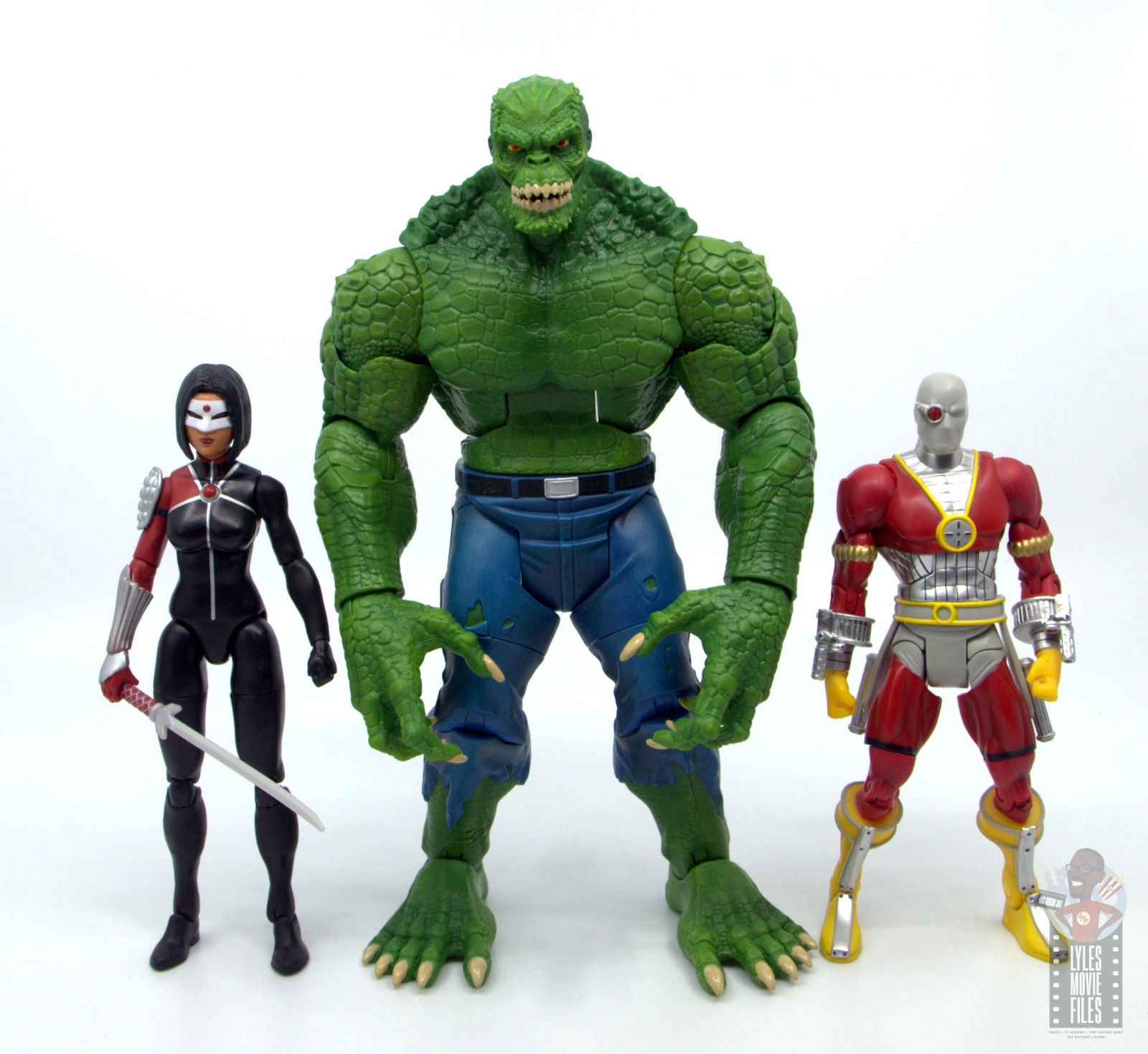 Scale:  This version towers over the previous figure and towers over the standard DC Multiverse figures. What I really like is the figure’s ability to work with other lines like DC Essentials and McFarlane Toys’ 7” DC line. I suspect it’s going to take a massive effort from McFarlane to make me switch this guy out. 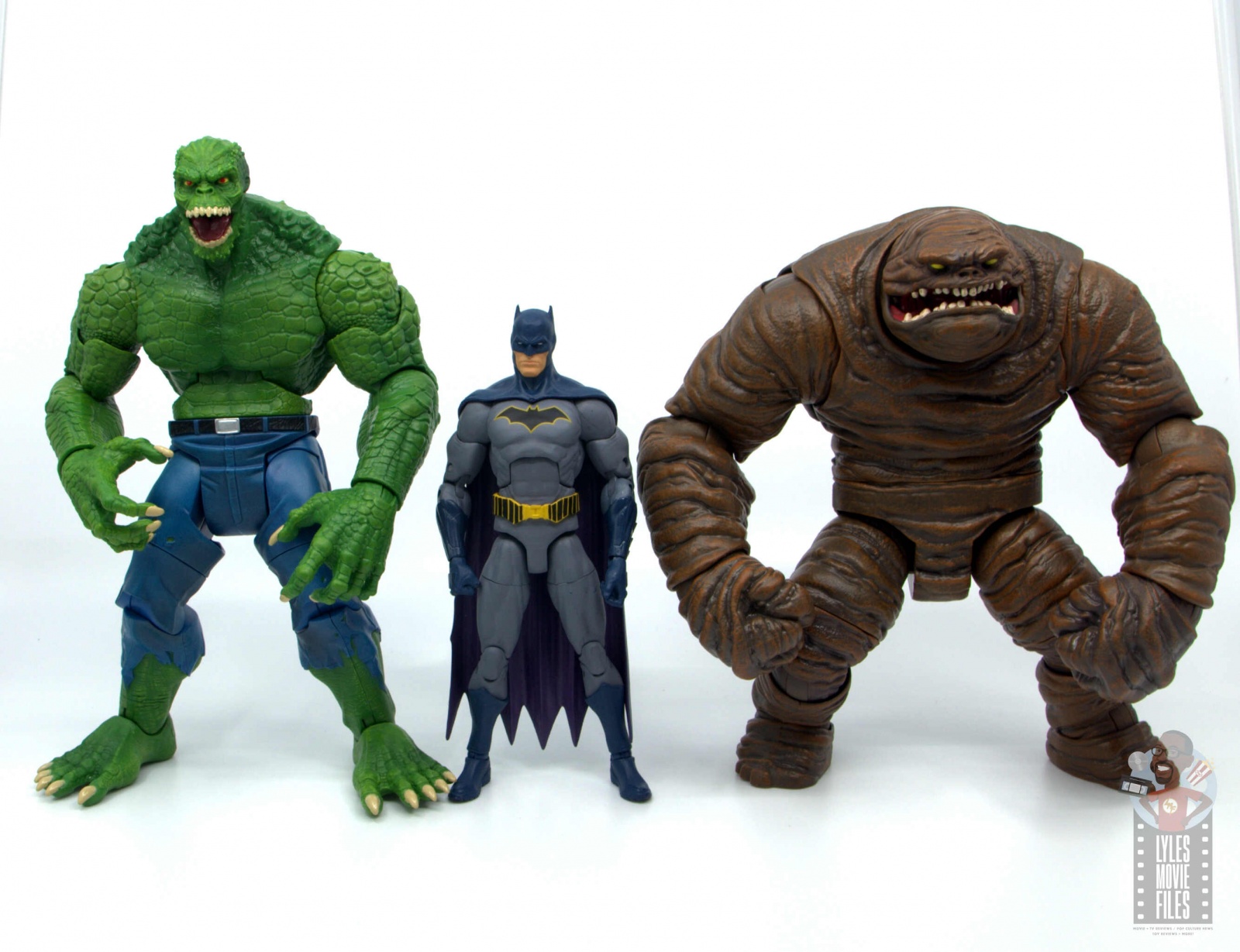 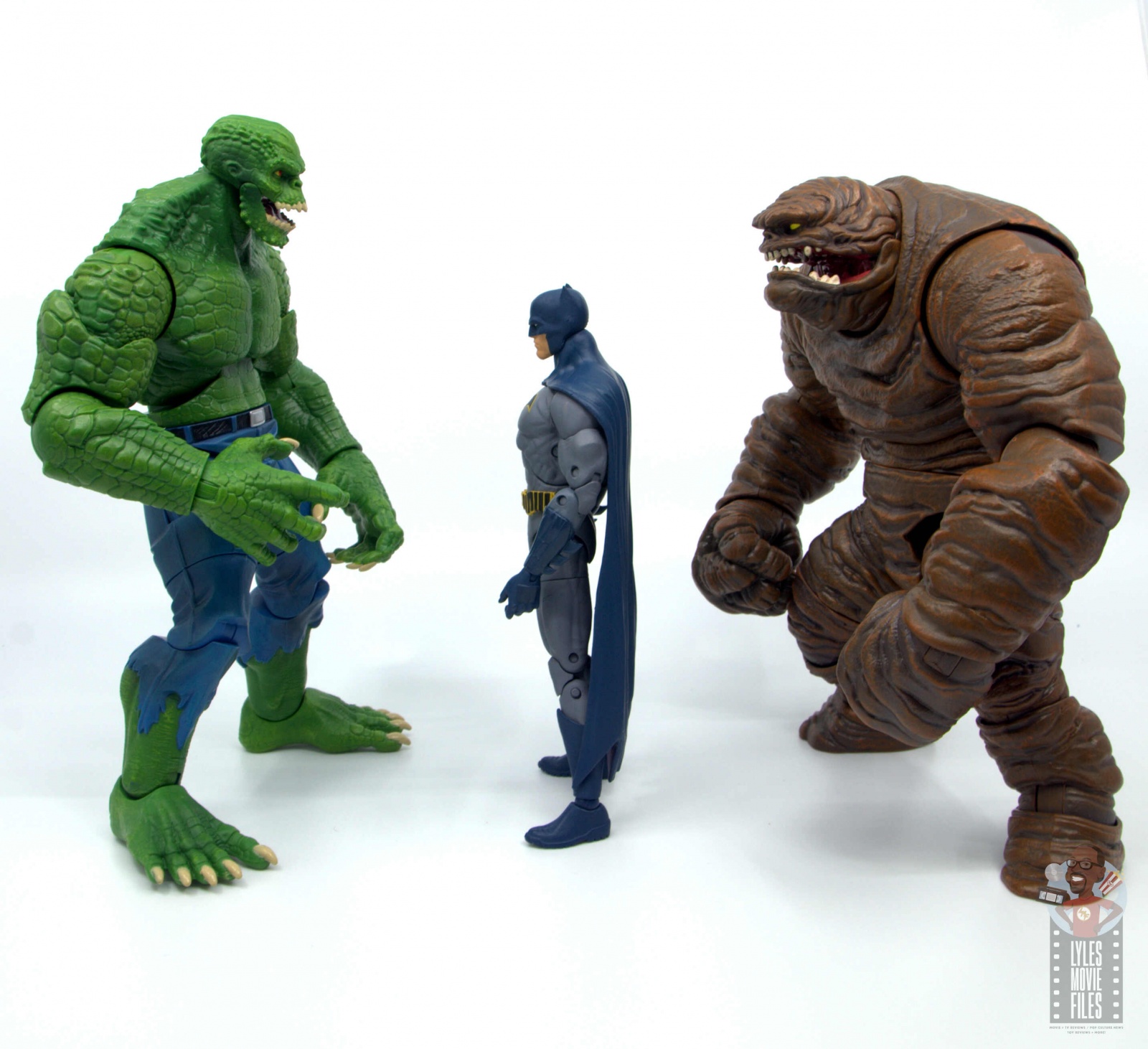 Paint:  If there’s one thing the previous figure still shines over this version it’s the paint. I liked the lighter chest and arms as it reflects more of that crocodile appearance. This one is just green and lacks any wash at all save a washed out airbrushing on the jeans.

What is here is solid though from the green skin appearing through the rips in the jeans, the bloodshot eyes and the nails. Mattel did a nice job on the paintwork.

Articulation:  One of the cooler aspects of the figure is how much fun he is to pose.  He’s a figure I can see myself fiddling and adjusting his pose on the shelf constantly. 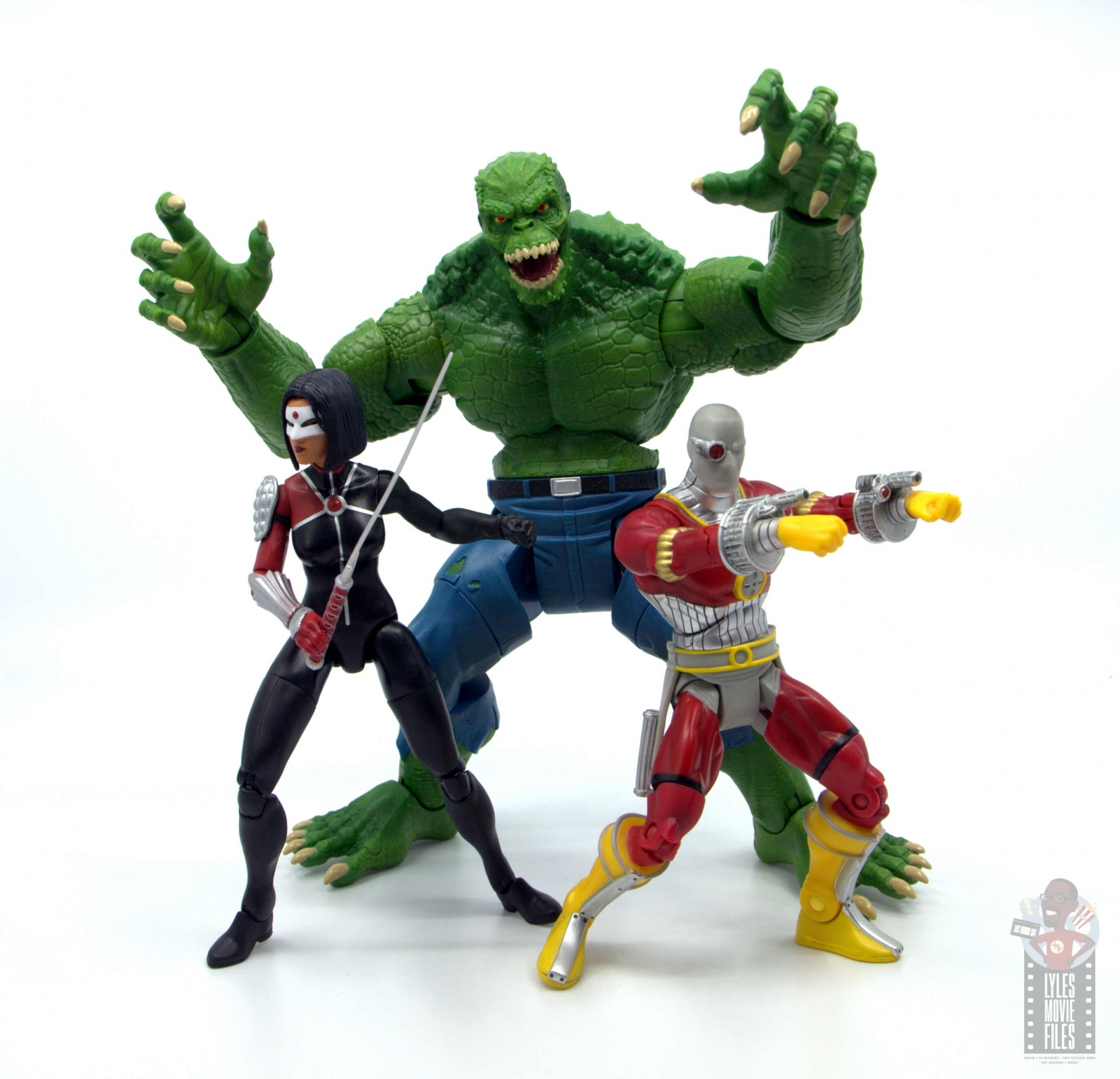 The hinged hips allow for deeper than expected lunging poses. I would have loved if there was an ankle ball joint instead of the standard joint to help with posing, but he moves very well for this scale. 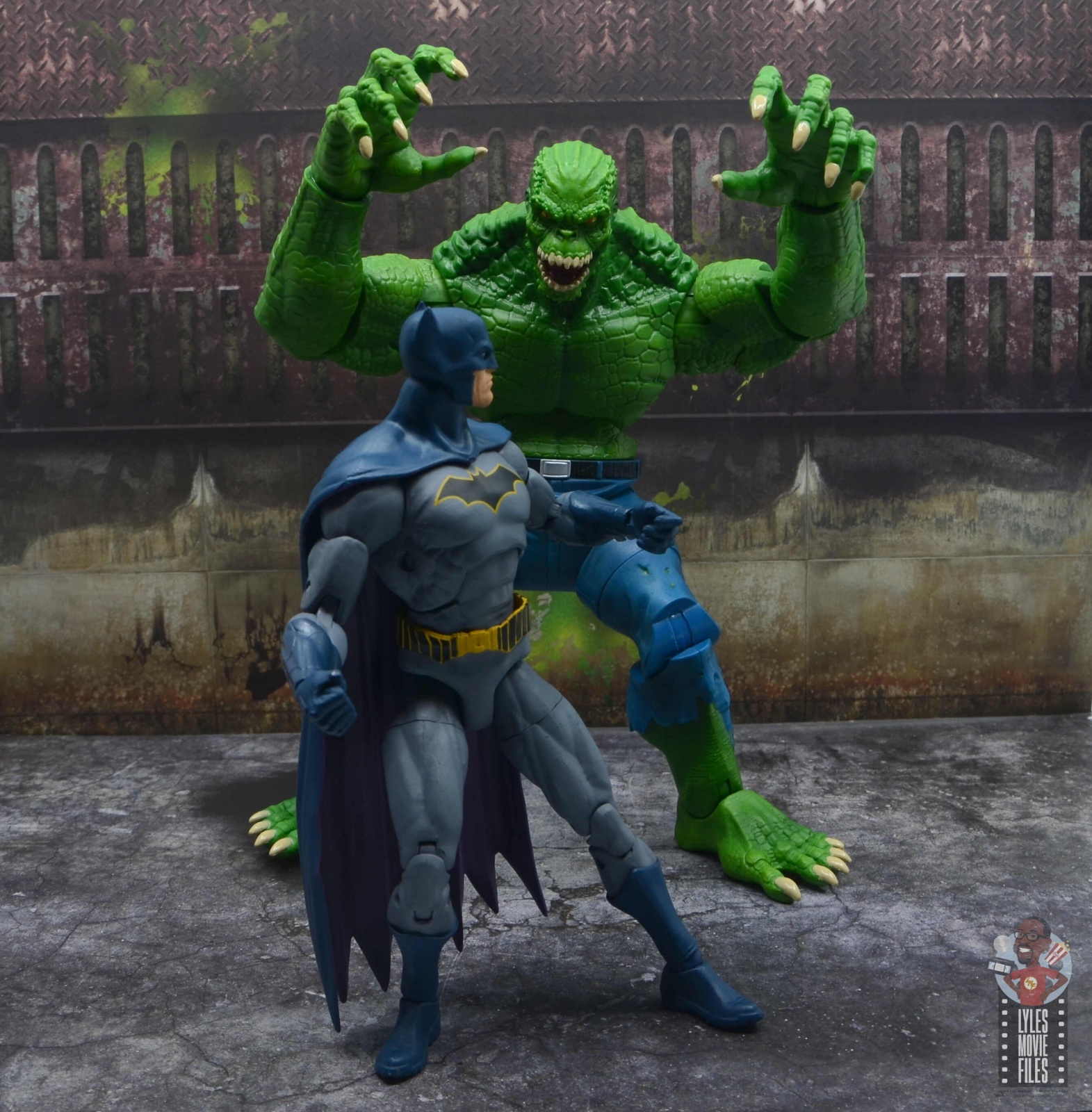 Accessories:  Killer Croc doesn’t have any accessories. Maybe he could have come with a plastic ripped shirt? It’s certainly not a deal where I feel like Mattel missed an obvious accessory here. 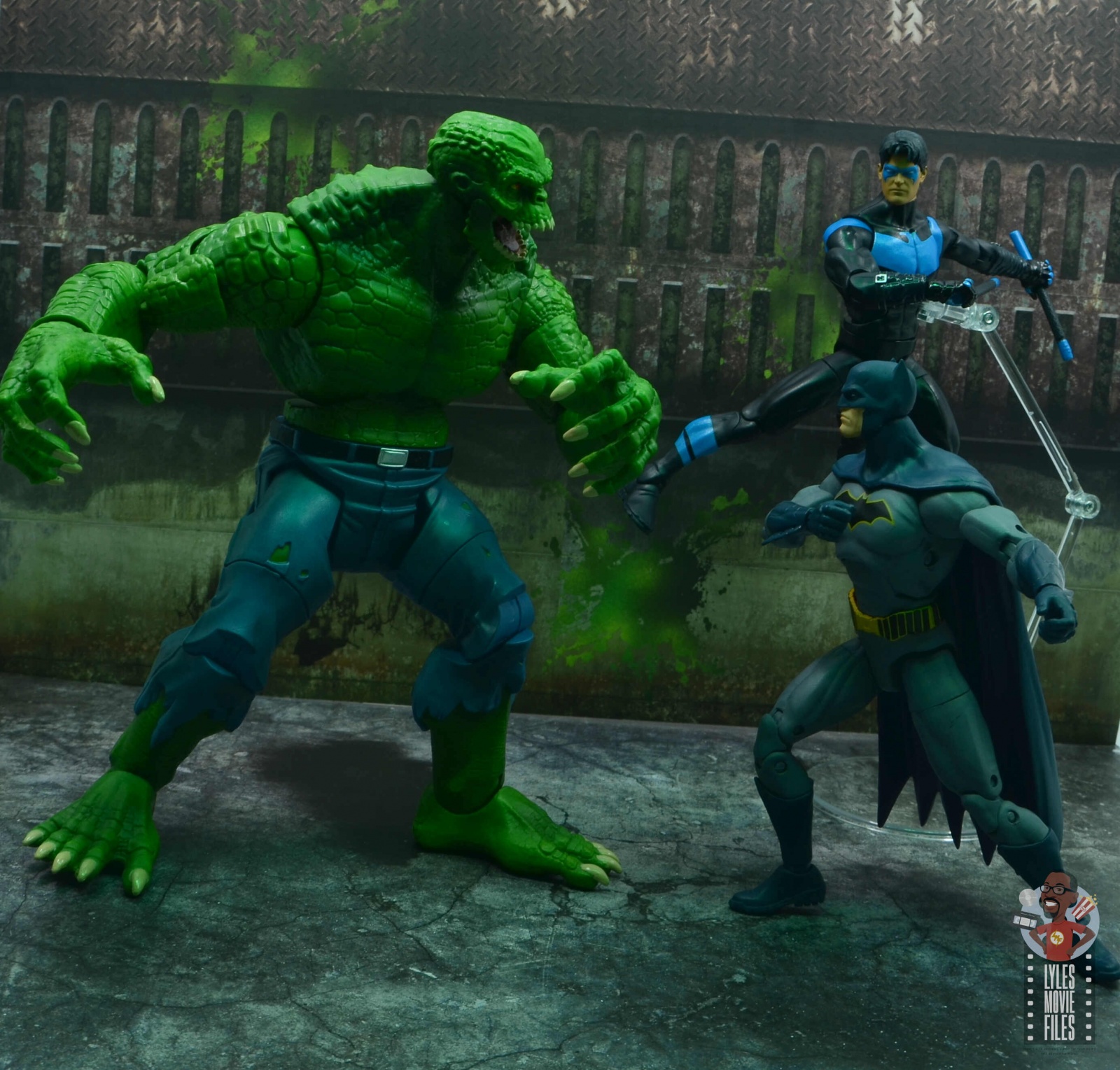 Worth it?  If you got every figure in this wave, Killer Croc runs $160. That’s always a tricky value question, but there were enough quality offerings in this wave that offsets the cost to basically make him a free figure

With maybe the paint job being the only downgrade from the DCSH figure, this is a heck of a CAC figure from Mattel and a fitting one to wrap their custody of the line. 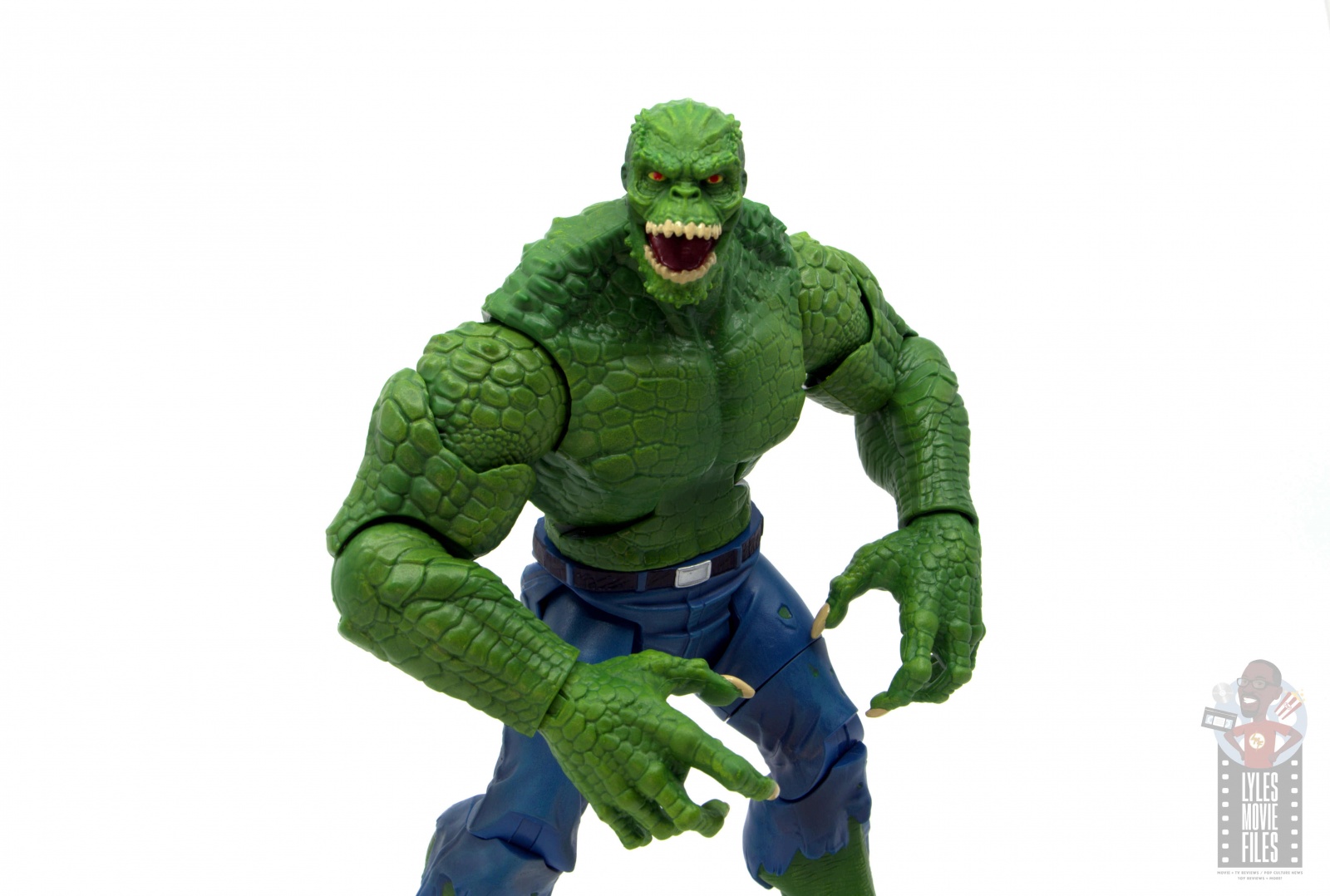 Where to get it?  I got the full wave at Wal-Mart, which was too good to pass up. I haven’t seen the rest of the wave anywhere else at retail.  I’d suggest trying Amazon.com to get him.