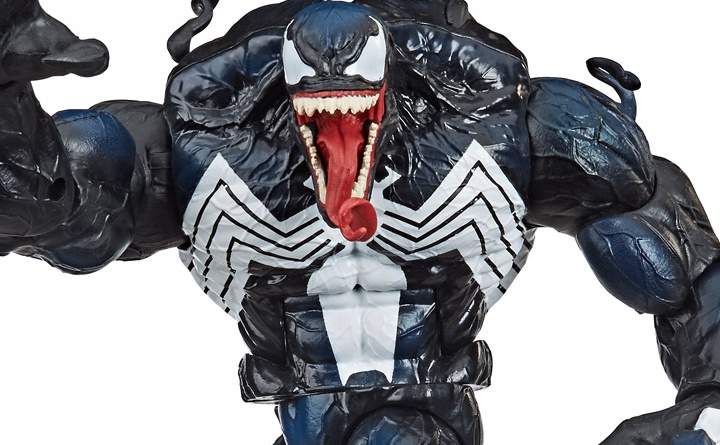 In case you missed out on the earlier Build-A-Figure Marvel Legends Venom figure now you can get him for much cheaper and in one shot. Hasbro is re-releasing the BAF Venom with a straight black paint job to distinguish it from the original version.

Venom is back with a vengeance… and he’s ready to eat your brain! The spine-chilling sentient alien Symbiote has returned to wreak havoc and take revenge in the form of this exclusive Marvel Legends Series 6-Inch Venom Action Figure.

Frightfully well detailed in a comic-inspired design that includes that horrifying giant tongue, Venom in his infamous Eddie Brock host is highly articulated and measures roughly 6-inches tall. Not every Marvel Legends collector has the courage to add Venom to their collection – do you? If so, capture him now while you still can! Ages 4 and up.

In Marvel Comics, the Symbiote first appeared as a living costume in 1984’s The Amazing Spider-Man #252, and its first host was none other than Spider-Man. Spidey later shed himself of the alien creature which then went on to bond with other human hosts, including Eddie Brock with whom he became one of Spider-Man’s archenemies, Venom. 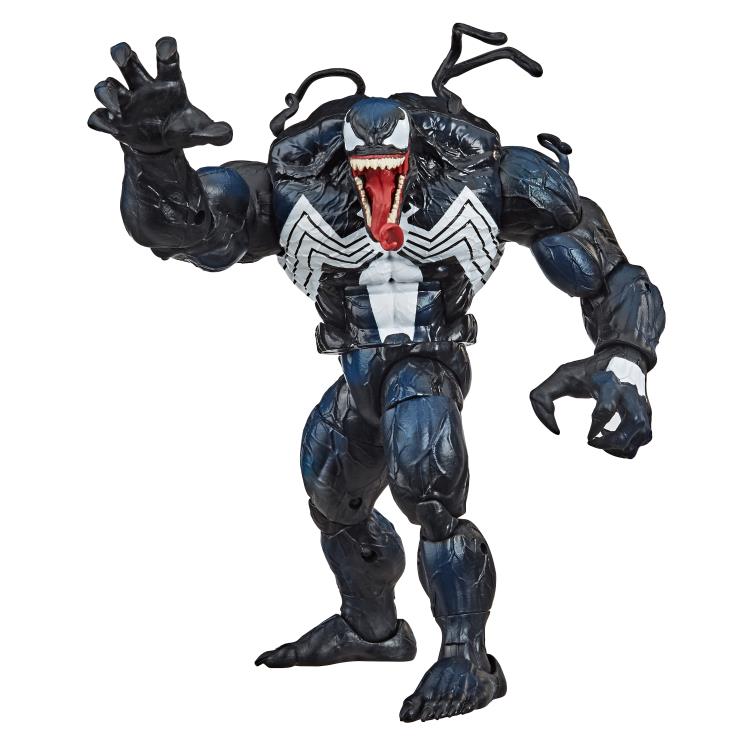 You can ore-order the new Venom figure from Entertainment Earth.