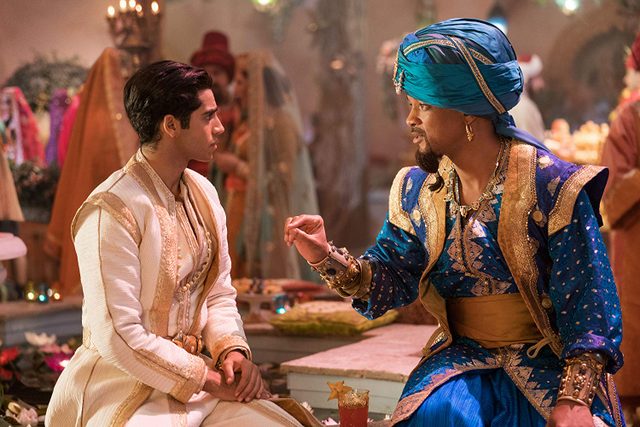 The only trouble with an unexpected billion dollar hit film is the obligatory need for a sequel whether a property deserves it or not. Aladdin seemed to wrap up just fine, but since it made $1.051 billion worldwide, Walt Disney Studios decided it probably makes sense to start working on a sequel.

To that end, Variety reports Flight writer John Gatins and Straight Outta Compton co-writer Andrea Berloff are working on a script. The Hollywood Reporter adds that director Guy Ritchie will be back to handle the sequel. That makes sense as his last film, The Gentlemen, wasn’t exactly a hit as it’s only grossed $27 million domestically and $61 million worldwide.

Aladdin did have some direct-to-video animated sequels in the 90s, but this film will be an all-new idea. It’s expected that stars Will Smith, Mena Massoud and Naomi Scott will return as the Genie, Aladdin and Jasmine. I’d be shocked if Massoud and Scott turn down the opportunity to turn down easily the biggest film in their young careers. Smith should be down to return, but his schedule is busy including a sequel to Bad Boys for Life.

I really enjoyed Aladdin, but I’m not sure if a sequel would be able to rekindle the magic. What do you think?