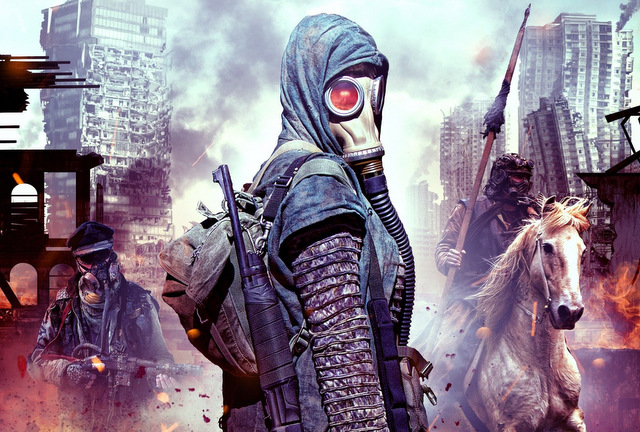 Atomic Apocalypse might not be the absolute worst movie I’ve seen but it’s definitely on the short list.

An abysmally inconsistent film with a shoddy plot, performances that would be laughable if they weren’t so terrible and a nonsensical plot conspire to make what truly is a sign of the apocalypse. 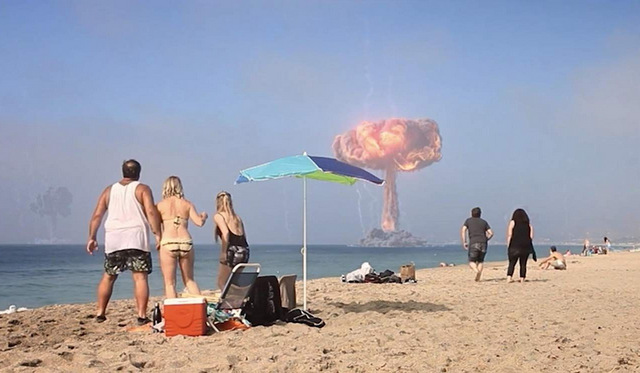 It’s been two years since a nuclear fallout has devastated the world. Society has quickly given in to its worst impulses as some rob and kill while others become cannibals. There’s mention of mutants, presumably, irradiated people too close to a fallout zone, but they never actually appear.  Atomic Apocalypse was initially released in 2018 under the title Black Flowers. If only the rest of the film could have been so easily changed for something more interesting.

Kate (Kara DeMille) leads her husband, Sam (Ron Rogge), and their daughter, Suzy (Andrea Sweeney Blanco), through this new frontier in hopes of finding an extended sanctuary and a place to settle without constant dread of being raided…or worse. They encounter the clearly skeevy Joe (Jesús Lloveras), who immediately ups his creep factor by showing an obvious interest in Suzy despite seemingly being twice her age. Just as odd is the fact that Sam and Kate aren’t in the least bit concerned about this obvious psychopath. 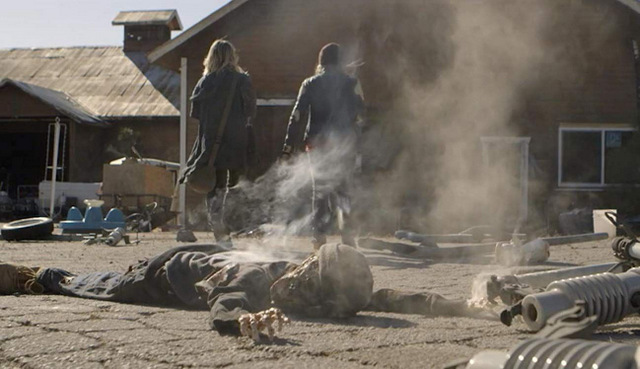 Predictably, this ends badly with Sam’s death. Kate shows amazing resilience and somewhat drunkenly decides she’s going to wear a silver hardhat from an abandoned construction site as a helmet. Joe continues acting shifty, eventually leading to Kate being on her own trying to find Suzy. 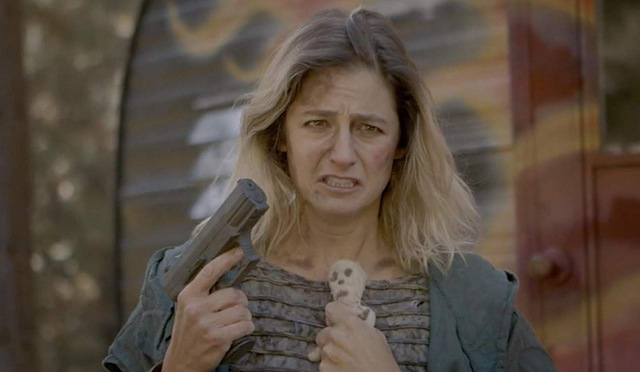 DeMille is easily the biggest offender. Having lost her family, Kate should seem more focused, serious and determined to track down Suzy, but DeMille plays Kate far too goofy and silly. DeMille largely acts as if nothing fazes Kate or at least stays with her beyond that specific scene. Blanco is in a worst position as Suzy is written terribly, immediately fallen for the creepiest dude they encounter and having to act lovestruck despite any evidence of chemistry with Joe.

Over her journey, Kate encounters a man and his dying wife, a wandering religious group, a hipster friendly cult leader that uses the radiated black flowers and a militia troop that seem better suited for an apocalyptic parody than whatever Atomic Apocalypse alleges to be.

The only positives are Cinematographer Todd Wilson, who stages some wonderfully shot and lit scenes. It’s especially impressive on a film with so few bright spots that it looks this good. For a low budget film, the set design by Mark Cordory and Dave Marshall is commendable as well.

We’ve all seen bad movies where the actors are at least trying their best and are committed to the material even if it’s embarrassing. With this film the shame equally extends in front of and behind the camera. Maybe the real value here is watching Atomic Apocalypse as the centerpiece of a bad movie night with your most jeer-ready friends. Otherwise, it’s best to leave this in the wasteland.