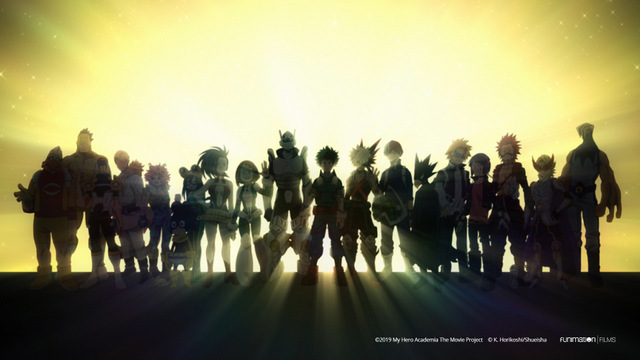 My Hero Academia: Heroes Rising may not end 2020 as the best superhero film of the year, but it definitely is going to make the rest of the competition step up its game. Even then that might not be enough to topple this exhilarating all gas, no brakes full length film of the popular TV series.

I came in to Heroes Rising with the most basis knowledge of the franchise stemming from some eye catching designs and collectibles. By the midway point, I was completely engaged in the My Hero Academia world and its enthralling universe of heroes and villains.

Impressively for the second film of a long-running series, Heroes Rising is surprisingly accessible and inviting for newcomers. That’s a smart approach from screenwriter Yôsuke Kuroda, who structures the plot in a manner to encourage new fans to further explore earlier seasons and the first film My Hero Academia: Two Heroes. 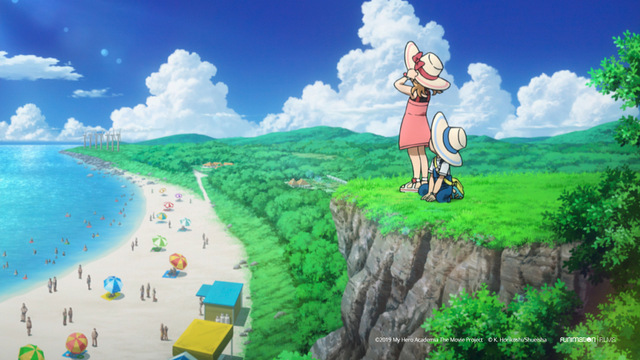 The series embraces the idea that everyone is special and takes it a step further as the world largely features people with special abilities or quirks. Some range from useful like concussive blasts from hands to navel lasers. In their continuing path to be full-fledged heroes, Class 1-A has in essence a summer internship on Nabu Island. This peaceful setting is ideal for heroes in training as the biggest challenges are charging up tractors, helping old ladies get around town and finding lost kids.

Everything’s great until a new group of villains arrive with their leader Nine possessing the ability to take other’s quirks. Nine and his crew quickly pinpoint their search to a young boy with a quirk that could be a game changer for their plans. The only thing standing in their way is the kids of Class 1-A.

Leading the defense is Midoriya Izuku, who takes an immediate interest in the young boy as he recognizes a kindred spirit and fellow hero admirer. Izuku’s friendly rival Bakugo is less enthralled with helping the children as he is proving he’s the best hero around. With the rest of the Class ready to help and protect the people of Nabu Island the fight promises to get explosive and dangerous.

A few things immediately stand out. The English dub of the series is strong with cast members including Justin Briner, Clifford Chapin, Luci Christian, Colleen Clinkenbeard and Johnny Yong Bosch delivering powerful performances that fit with the tone and intensity of the film. 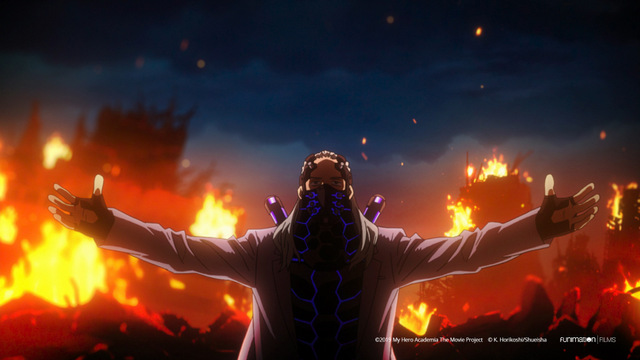 Secondly, the action sequences are on a different level than fans accustomed to Marvel and DC style action are used to seeing whether in big or small screen productions. Director Kenji Nagasaki does an excellent job of keeping the battles visually cohesive so the fights are easy to take in despite the chaos unfolding throughout the screen. The stunning action scenes aren’t limited to its breathtaking finale as earlier battles feature terrific displays of super powers in action.

Izuku and Bakugo are the plot’s main focus while the rest of the class are stuck in supporting roles until they get to show off their powers during the epic fight scenes. I was intrigued enough by most of them to want to binge on the series so maybe their limited screen time worked in the franchise’s favor here? While this isn’t anything new to longtime fans, the character designs particularly for the villains was outstanding. 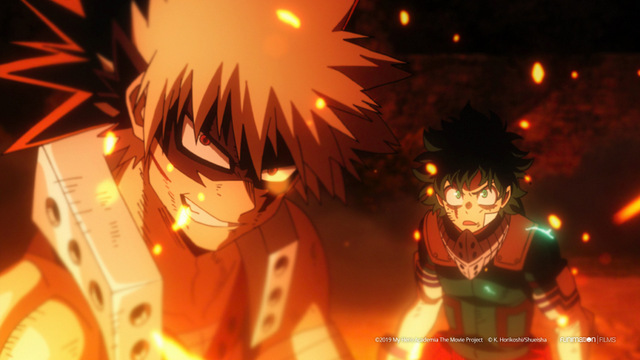 The villains were cool enough I wouldn’t have minded more time was spent developing them further as they’re more unbeatable opponents for the class to battle.

My Hero Academia: Heroes Rising does planet-shattering superhero action as well as any animated film and more than a few live-action efforts and will be well worth seeking out for anime fans.