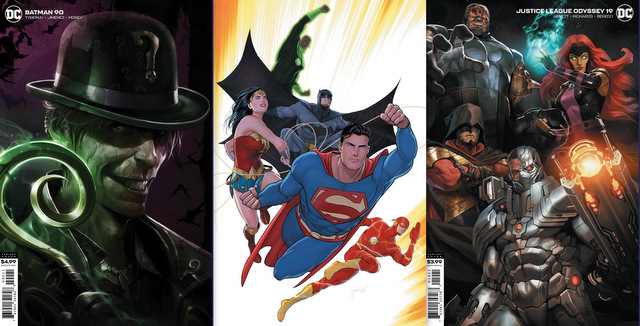 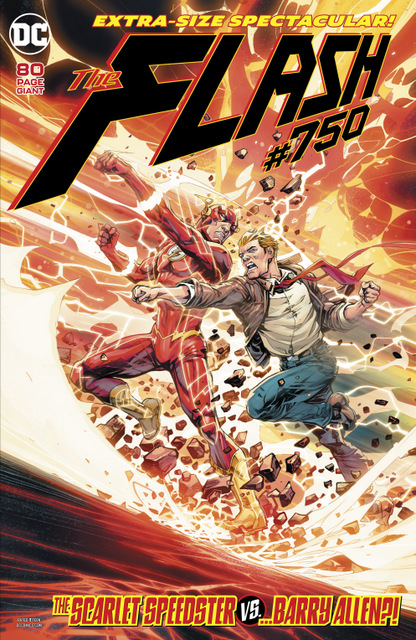 For his big milestone issue, The Flash gets a supersized edition with some of the most acclaimed creators in the Scarlet Speedster’s history. There’s a number of pin-ups from artists including Doc Shaner, Mike McKone and Howard Porter.

Regular writer Joshua Williamson crafts the main story with Rafa Sandoval and Stephen Segovia providing the art. Barry considers his impact on the world while bracing for the threat of Paradox. Williamson also uses this longer story to tie up a few lingering storylines.

In the best of the short stories Captain Cold tries to enjoy a quiet night at home, but things don’t go according to plan in this Geoff Johns story with art by Scott Kolins.
Legendary writer Marv Wolfman teams with artist Riley Rossmo on an inspired clash with Mirror Master.

New 52 creative team Brian Buccellatto and Francis Manapul pose a serious question from Iris about Barry’s role as The Flash.

Wrapping the issue is a glimpse of the potential future with the Metron/Dr. Manhattan powered Wally West learning of the changes to the multiverse and a new mystery that will get addressed further in May. How those changes will play out with the rumored changes to DC 5G is anyone’s guess at this point.

For Flash fans this is a anniversary issue that’s easily worth getting with looks to the past, present and future.