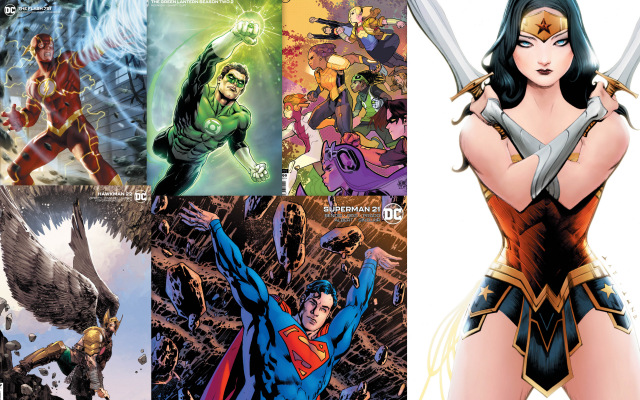 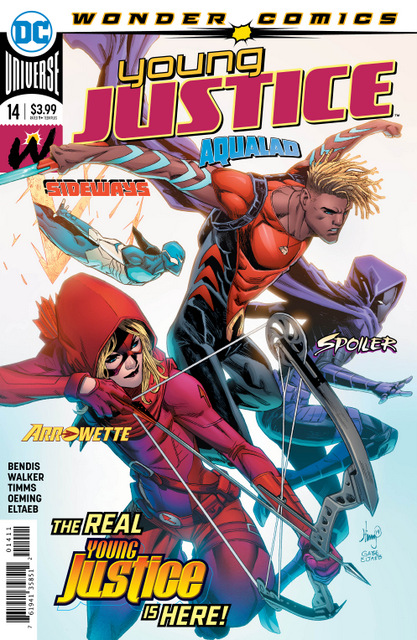 Maybe a fun game for books Brian Michael Bendis writes is seeing how long in any given issue it takes for a well established character to do something completely out of character.

In this issue it’s only the second page with Impulse cursing, which doesn’t jive with the happy go lucky pre-Infinite Crisis take on Impulse that Bendis has written since the start of the series. And again there’s some serious lack of consistency with regards to character names. Tim Drake made a big deal of introducing himself to Superman as Robin instead of the ridiculous Drake code name Bendis stuck him with.

Now this issue Aqualad calls Impulse Kid Flash and Bart readily accepts that as his name. Despite the fact that Aqualad has actually worked with the current Kid Flash and should be able to tell the difference. Maybe Bendis’ new co-writer David Walker is at fault, but these random out of continuity moments has been a staple of Bendis’ DC run so far so there’s little reason to suspect he’s not the culprit here.

Continuing another Bendis trend no one can remember anyone’s name, which explains why Warlord would call Conner Super-Kid as Superboy is too hard to remember.

The art this issue is split between regular artist John Timms and Michael Avon Oeming. They’re not the most complimentary pair as Oeming’s cartoonish style just doesn’t work in a tag team situation.

Bendis was doing a questionable job keeping up with seven heroes. Doubling the roster just doesn’t seem like a smart move especially when every character talks in the same manner. This was an early flaw in Bendis’ Avengers run where he blended every character’s voice so they all sounded the exact same. It was bad then and worse here as he has too many new characters for them to not have distinct voices.

Too many pages read like Bendis is trying to be cute but the characters just sound grating. It’s why Naomi’s entire shtick each issue is to mention this is the first time she’s doing something. This never felt like a cute running gag and merely some way to reference a character that was added to the team without a plan.

It’s probably long past time to abandon this book as there’s no way to fix the problems until a new writer takes over for Bendis. Until then it’s going to be more of the same pointless conversations that go nowhere, indecipherable action and plot with the most basic breadcrumbs to address the only real question readers care about regarding the return of the team in the DCU.