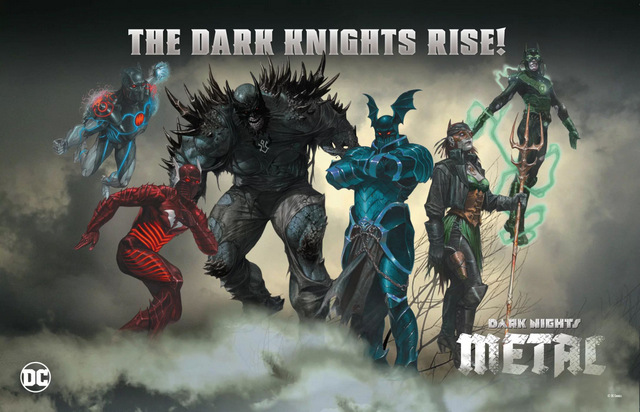 In several interviews Todd McFarlane said he wants to tackle characters and looks for his DC Multiverse figure line that collectors don’t already have multiple versions on their shelf. If this leaked list of Wave 3 and 4 figures provided on reddit by Krivven are an indication, McFarlane is definitely making good on that promise with a Dark Nights: Metal focus.

Slated for an August release are Dawn Breaker, Devastator, Murder Machine and Red Death from Metal. 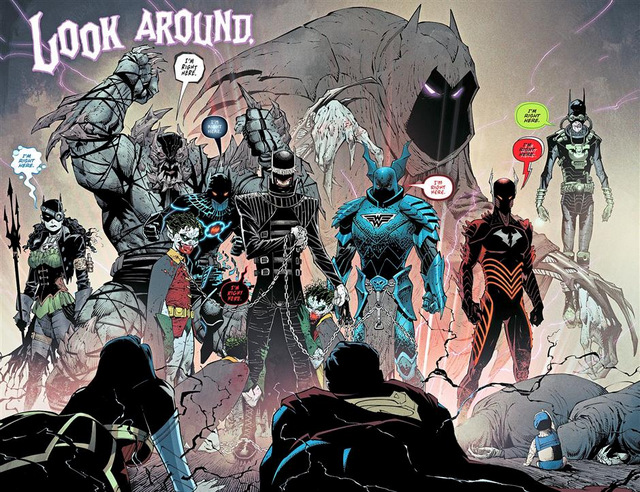 Coming up in October is modern versions of The Joker and The Flash as well as The Red Hood.

The only issue that continues to be the case is McFarlane is not stretching the Multiverse too far from the Batman corner. Of the nine figures only one of them isn’t directly tied to Batman. That’s not a good ratio at all. And of course with this lineup, there’s more villains than heroes to actually fight them.

Additionally, there’s going to be a 7-inch scale vehicle with a figure. This seems like another avenue for one more Batman Family character, possibly Robin or Batwoman on a motorcycle?

I’m digging what McFarlane is doing with the figures for the most part, but character selection is something that hopefully gets more diverse over the next year.

What do you think of this lineup?