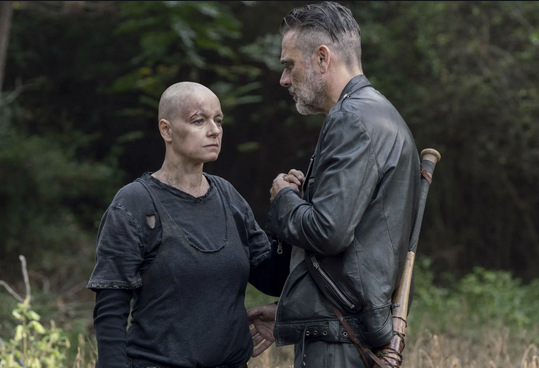 Even with a little recency bias, it’s not a stretch to say Walk With Us was one of the best episodes of The Walking Dead. Not just this season, but of the series. It was a terrific episode filled with carnage, loss, excellent character work, shocking deaths and a payoff to one of the series’ biggest mysteries. In short, it was phenomenal.

Picking right up from the ominous cliffhanger from last week, Hilltop is awash in flames and the community is trying to stave off The Whisperers and their walker horde. This episode was directed by Greg Nicotero, which is basically a spoiler at this point that this is going to be an epic episode. The lighting of this scene was really outstanding as the walkers’ deteriorating faces looked even more ghastly against the light from the inferno.

During the fight, it was interesting to note the reactions of characters like Daryl and Carol, who’ve suffered through the loss of several would-be sanctuaries. Or Ezekiel who previously watched a Kingdom burn in flames and Aaron, who had been through so much, but could always count on his home at Hilltop withstanding anything.

By dawn, The Whisperers are surveying the wreckage for potential new recruits to their horde. Negan is quietly making mercy kills to Hilltop survivors. He spots Lydia limping off in the distance and casually follows her making a point not to get spotted. His plan isn’t totally successful as he runs into Aaron dragging along a wounded Luke. Naturally, Aaron is out for payback and isn’t in the mood for any of Negan’s word vomiting. Negan tried to get Aaron to listen, but lets the walkers they attracted distract him so Negan can carry out his real mission.

Alden, Kelly and Mary have headed off to the rendezvous site together even though Alden still is leery of Mary especially around Adam. After a lengthy crying spell, he finally relents and finds Mary isn’t the monster he assumed, rather a misguided young woman desperately clinging to some remembrance of her old life.  Mary hears a squad of walkers and they try to hide out in a broken down van. 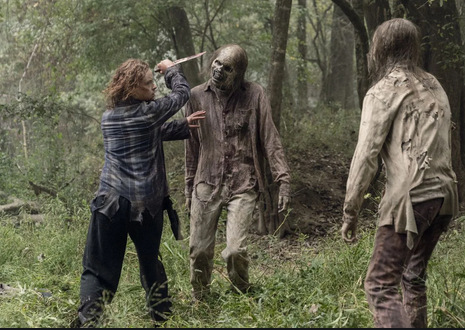 Understanding this is not a workable solution, Mary leads the walkers away and kills the squad before making the fatal error of pausing to celebrate her big win. She gets gutted by Beta, who savagely kills her although not before Mary rips some of his mask off. Another Whisperer seems to recognize Beta, who kills him for the offense. Beta patiently waits for Mary to get reanimated as one way or the other, she’s going to walk with them. Alden mercy kills Walker Mary and it’s clear he’s wrecked by it as he realizes her life is over just as she rediscovered it.

That doesn’t feel like a cheap end to Gamma’s storyline, but a reminder that anyone is fair game at this stage in the series.

Break up to Make up

Magna survived the cave-in, but got separated from Connie as the walked with the walkers en route to Hilltop. Yumiko is thrilled her girl is back, but not so thrilled with Carol’s seemingly callous attitude. Carol encourages Eugene to go keep his meeting with his lady after she laments all the things she’s done and not knowing if she’ll ever get the thing she wanted most. This would prove important later…

After Yumiko punches Carol, Magna says she can’t do their relationship any more. I guess surviving a cave-in and walking with zombies offers a unique kind of closure.

His Name was Earl

Daryl and Rosita are leading the biggest Hilltop refugee group with Jerry, Aisha, Dianna and several redshirts. Ezekiel isn’t at the rendezvous yet, which is a problem since he was supposed to be leading the kids out. Turns out Earl has them, but he’s acting real weird. Uh-oh, Earl got bit and he’s about to do the sensible thing and kill himself to ensure he doesn’t infect/kill the kids. 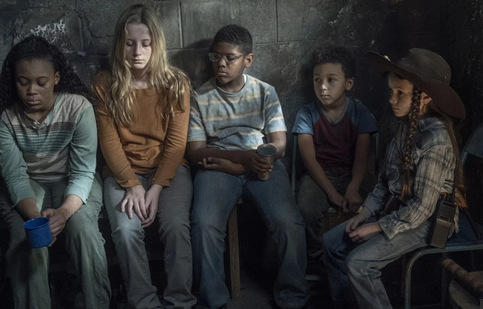 As far as minor supporting guys go, Earl was a decent guy and a solid character. This was a good horrible death for him as he’d already lost so much. Sadly, he didn’t finish the job so Judith has to do it for him. Jerry, Ezekiel and Daryl arrive just after the deed is done and Daryl comforts a shell-shocked Judith. She’d killed her share of walkers, but an actual person was something else entirely.

Look in the cabin

Negan was finally ready to make good on his mission for Alpha. He’d tied Lydia up so Alpha could take care of her. Alpha had convinced herself killing Lydia was the only way to save her. This wasn’t jiving as Negan respects children and hasn’t ever seemed 100% on Team Whisperer. Nicotero set this scene up well with Lydia struggling to emerge from her bonds as Alpha slowly advanced. Alpha opened the cabin just as Lydia walked out the door to find nothingness. Alpha turns around and Negan slits her throat! 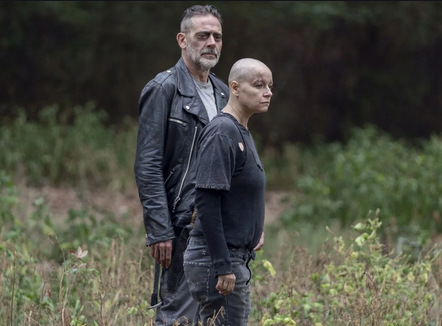 Alpha is dead. But why would he go for a neck slash? Ohhh, it’s so he could roll Alpha’s decapitated head to … Carol. Her response? Took you long enough. So this answers the question of who sprang Negan from prison. It’s all been an elaborate plan between Carol and Negan. Gotta think this is not going to put her in the good graces of the council even though Alpha is dead. And how is Beta going to react?

Man, what’s been a pretty great season just got a lot better. This could have been the season finale, but I’m glad there’s a few more episodes left to fully break down the fallout here.