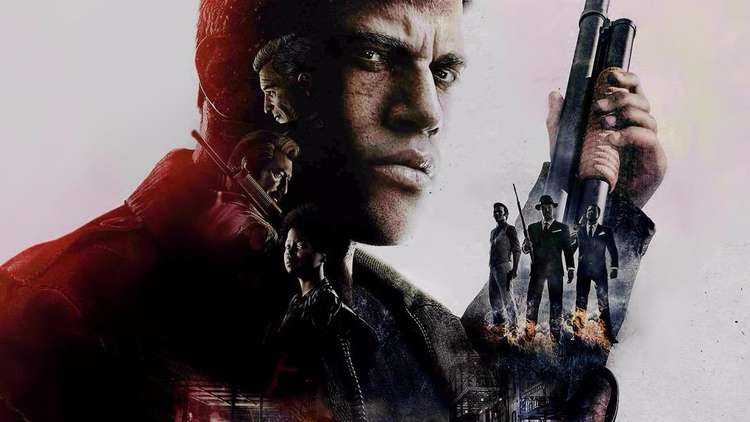 Mafia III proved to be one of my more cathartic and frustrating game experiences in awhile. And yeah, this isn’t the timeliest video game review, but I break them down when I finally get around to playing them.

You play as Lincoln Clay (Alex Hernandez, Bloodshot), a Vietnam vet looking forward to a return to normalcy now that he’s back home in New Boudreaux, a stand-in for New Orleans. After getting betrayed by the Sal Marcono (Jay Acovone) family, Lincoln begins a one-man war to get payback.

Developer Hanger 13 Games sets up the game simple enough — meet up with your CIA pal Donovan (Lane Compton) to get intel on the various district leaders in Marconi’s outfit. Take them out and you’re one step closer to eliminating his entire organization. 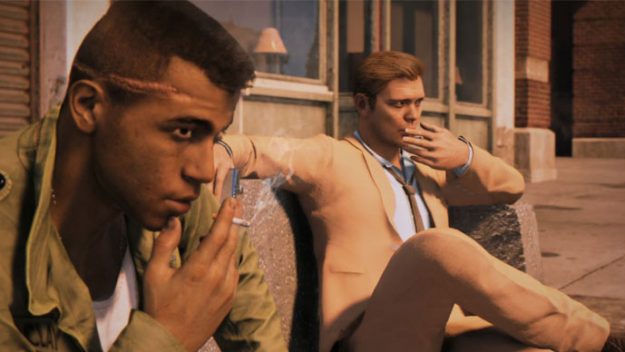 That sounds simple enough, but you’ve got to raise enough ruckus by destroying supplies, killing enforcers, stealing funds or converting informants to draw out the district head.

You do get some assistance in the way of three lieutenants you bring to your side. Each lieutenant brings something different to the table with benefits like jamming the police scanner to make an escape easier, delivering weapons to you or providing extra backup for tough missions.

This involves playing politics as you start divvying up Marconi’s turf among your allies. Start favoring one over the others and they’ll voice their displeasure with their status in your organization.

Without the benefit of time killing distractions or mini-games, the game starts to feel excessively repetitive after about the fourth instance of going through the steps to draw one of Marconi’s cronies out. 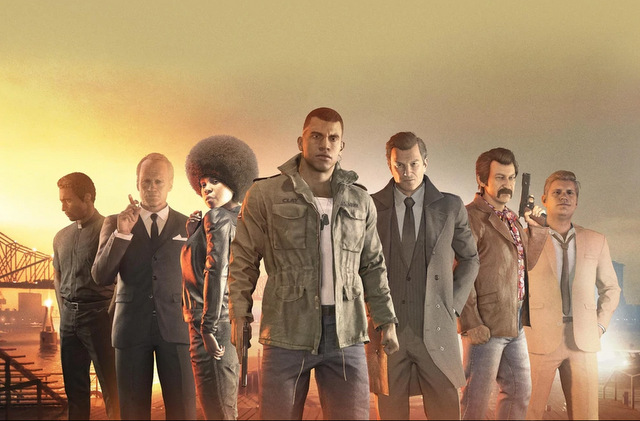 I didn’t mind taking out Marcono’s underbosses, but I quickly lost interest in the side quests from my lieutenants, which were just variations of the main mission objectives. A lot of those involve fetch quests to retrieve drugs, money or trucks and aren’t engaging or progress the story in any meaningful manner.

A key reason the main storyline is so captivating is the ability to take down a bunch of racists. The script isn’t shy about the hateful use of the n-word and other derogatory terms. It never gets old punching out someone questioning why you’re in a no colors establishment or casually relating Lincoln to an animal.

Mafia III reflects its setting with anti-Communist messaging, radio alerts about the Vietnam War and racial tension stoked by a racist radio DJ who wants to keep the South “pure.”

For completionists there’s a ton of items to collect from Playboy magazines, nude Vargas portraits, album covers, Russian propaganda and more. There doesn’t seem to be any reward for getting them other than sheer satisfaction of finding everything. You’ll need to rig up some junction boxes to reveal the hidden items.

Graphically the game is impressive. New Boudreaux is a very strong approximation of New Orleans from the bayous to Bourbon Street. Character detail is also nicely done with little shift from the cinematics to the in-game engine. 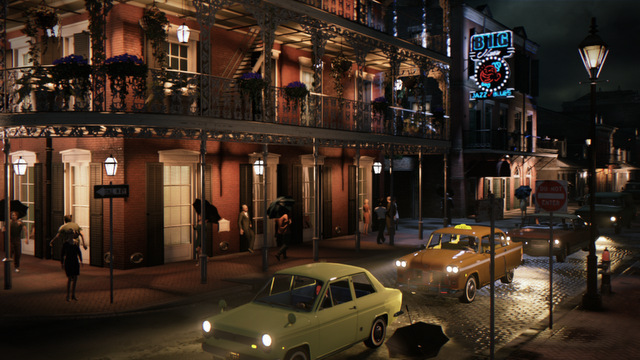 There was some inconsistencies with the cinema sequences not reflecting my current outfit and the random bizarre moments where adversaries looked like the Invisible Man with no face and just hair and a hat visible. You pay for the graphics with some crushing load times, which are especially frustrating after multiple deaths trying to take out certain bosses. Fortunately the game isn’t too punishing with reasonable checkpoints for major battles.

Combat is generally decent though I found sneaking up on enemies and killing them with my knife more efficient than the handguns and machine guns. The AI opponents will walk over piles of their pal’s bodies to get greeted with my knife. That rarely got old and one time, I managed to kill 10 in a small bathroom with that technique.

Driving is probably the game’s weakest element, which is a problem seeing as objectives are usually five to 10 minutes away. Steering isn’t very responsive and chasing after enemies quickly gets frustrating. And there’s also the matter of idiot NPCs who dash into the street to get run over when I speed by making me an easy target for the police.

This makes committing some crimes tricky as you have to avoid random witnesses while you’re breaking into a car or taking out bad guys. It’s more realistic, but if you don’t have any markers left from your associates evading police is problematic. Unlike games like Grand Theft Auto V, the police are basically an unbeatable force. In the countless times I drew their attention, I managed to outrun them about three times. After awhile I realized driving into a river essentially made me invisible to their pursuit due to some apparent water phobia.

Considering all the time spent driving I wish the soundtrack were more extensive. There’s some great tracks from The Supremes, Jimi Hendrix and others but it feels like they cycle through too quickly. 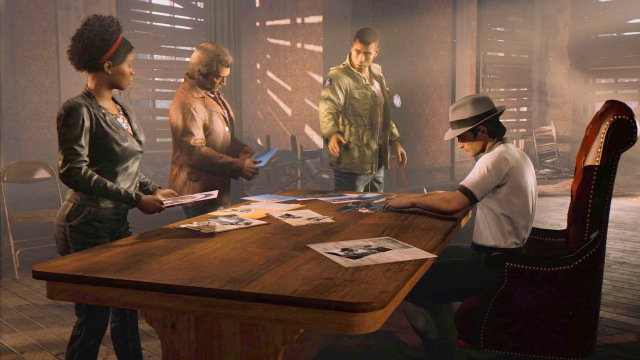 The game engine is also inconsistent in rewarding creative ways to take out foes. Sometimes you can create a barricade to stop a potential escape while others magically make your barricade disappear to force a chase. This always felt cheap as it offers the illusion of choice but infrequently delivers.

Voice performances were excellent and the characters were very well developed. Donovan provides a lot of the humor as he’s speaking to senators talking about Lincoln’s actions. Father James (Gordon Greene) shares his take from remembering Lincoln as a child turned killing machine. The villains are just as strong and there’s a ton of satisfaction in killing them off.

Mafia III has a lot in its favor with a very engaging story, great characters and villains you will happily enjoy the satisfaction of killing off. Despite the inconsistent and repetitive gameplay, the story kept me invested in Lincoln’s Kill Bill style revenge quest right through to the end.

You can get Mafia III now for a good price of $20 at Amazon.