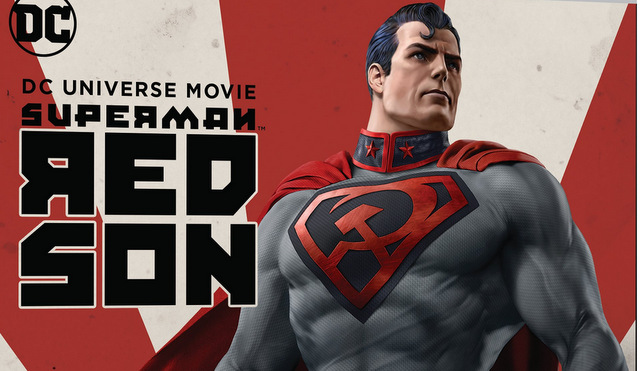 With few exceptions it feels like most of the strongest Warner Bros. Animation films come from adaptations of acclaimed DC stories. That holds true with Superman: Red Son, a very well done take on the Elseworlds story that imagined Kal-El’s rocket landing in Russia instead of Smallville.

Set in the 1950s at the peak of the Cold War, Superman (Jason Isaacs, Harry Potter) is both the pride of the people and a major propaganda tool in the arms race against America. 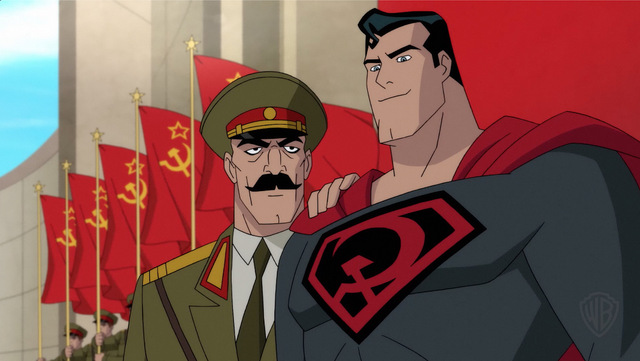 Basing the film in the 50s allows for some passage of time through decades with various leaders including Stalin, Eisenhower and Kennedy adding a unique historical slant to the story. That also provides a rarity for comics with characters naturally aging. It also doesn’t hurt the film that comic veteran J.M. DeMatties (Justice League International, Kraven’s Last Hunt) wrote the screenplay and does a fantastic job of capturing the essence of the characters even with somewhat different portrayals.

Given the current political climate, the release of Superman: Red Son is interesting. When the comic was released in 2003 there wasn’t an underlined feeling that Russia was striking back against America in an effort to fracture it from within like it’s been over the past four years. It works in the film’s favor as modern audiences can find themselves relating more to the mindset of the characters.

The biggest adjustment from the source material is Superman’s relationship with Wonder Woman. In the comics, she was infatuated with him, which helped make the eventual fallout that much more tragic. DeMatties leans harder into Wonder Woman’s upbringing and removes the romantic aspect of the Superman/Wonder Woman alliance. 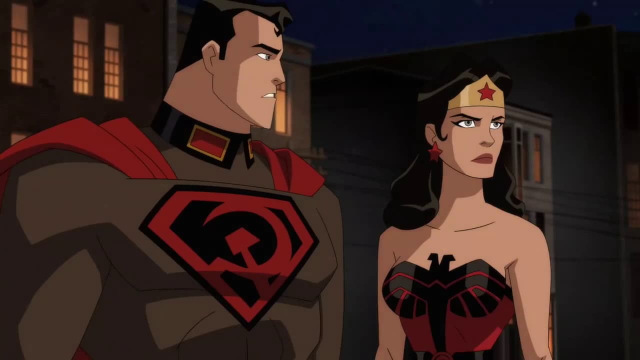 It doesn’t feel as effective since he can’t spend enough time expanding on that friendship. There is one slightly controversial moment at the fallout of the partnership that seems necessary for Wonder Woman, but unlikely at that specific point of the film.

Naturally there’s some other alterations from the comic, including the removal of one key supporting character, but the streamlined version keeps the heart of the story intact. 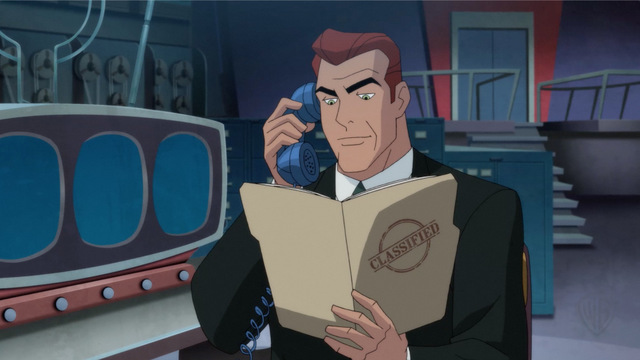 Isaacs’ Russian accent doesn’t come off cartoony or stereotypical, an important key for the film. The rest of the voice cast is also excellent with Bader giving Luthor an edge without being the usual sinister take on Luthor. Acker proves a great Lois Lane and offers one of the stronger takes on the character. Marshall, of course, remains a terrific Wonder Woman. 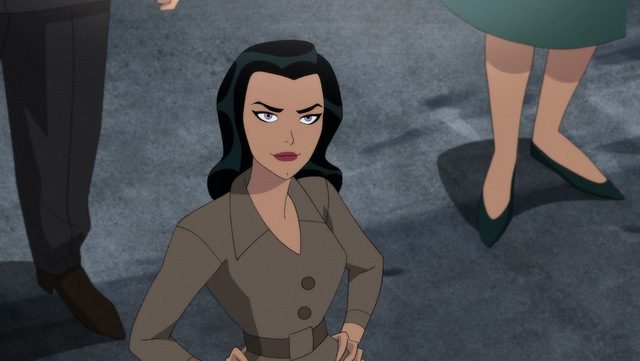 Sam Liu (Wonder Woman: Bloodlines, Teen Titans: The Judas Contract) always does a fantastic job with the action sequences, but it’s the quiet, thoughtful moments where the lines blur between the Smallville- and Russian-raised Superman where the film shines.

Superman: Red Son is another addition to the ranks of top tier DC stories that have received the animation treatment and well worth seeking out. 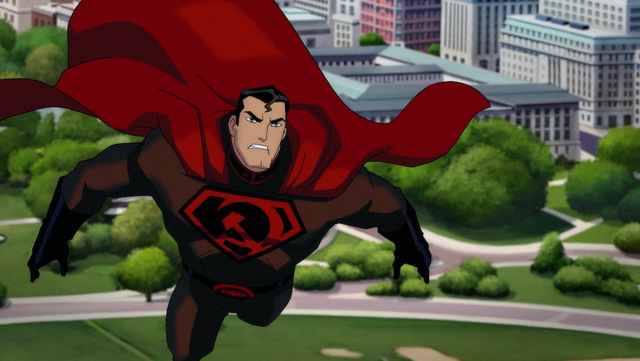 You can get Superman: Red Son from Amazon now.