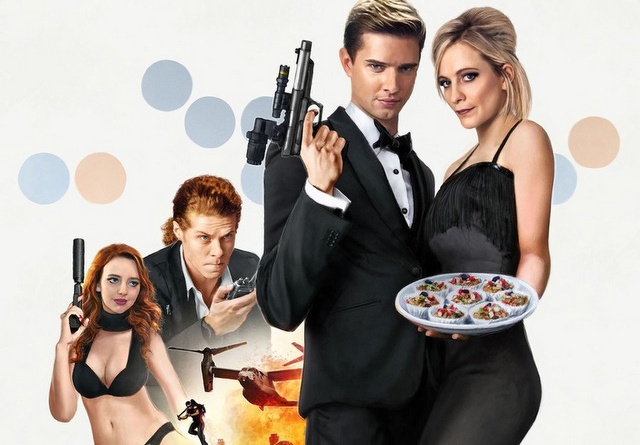 Spy Intervention is a weird movie. Its premise isn’t bad, the cast is solid enough and it’s got a catchy soundtrack. What really hurts the film is the apparent lack of clarity From the filmmakers on what they want Spy Intervention to be — a low budget True Lies style action comedy or a spy movie spoof.

Either way could have worked, but the inability to choose a direction and stick with it ultimately makes this a spy game not worth cracking.

Corey (Drew Van Acker) is a super spy and presumably competent agent until he runs into — literally — makeup clerk Pam (Poppy Delevingne). Suddenly shoot outs with arms dealers and traveling the world take a backseat to Netflix & Chill, Target runs and planning dinner parties. Corey quits his spy gig and takes up a soul crushing job as a cardboard box salesman per his original lie to Pam regarding his occupation. 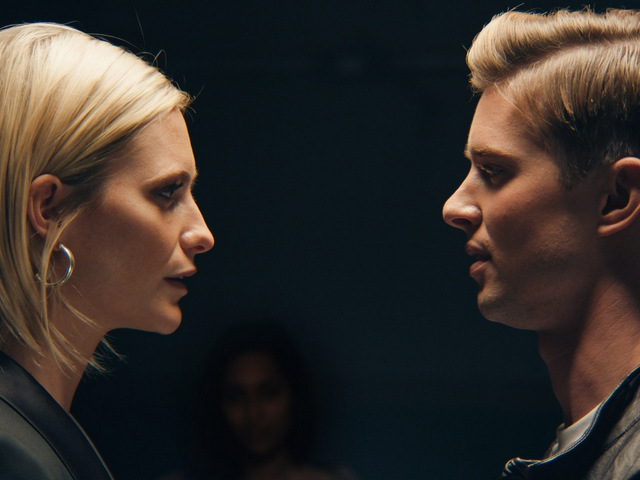 Gradually, this new life starts to lose its luster despite his love for Pam and Corey is moonlighting again as a spy trying to catch an arms dealer he failed to bring in.

Pam naturally starts getting suspicious of Corey’s mysterious behavior as Corey goes to increasingly greater lengths to keep his two lives from crossing.
Screenwriters Mark Famiglietti and Lane Garrison have a decent if not the most original plot on their hands, but aren’t sure if they want to lean more into a romantic comedy or a satire on the idea of a spy settling down and getting bored with regular life.

Van Acker and Delevingne are game as they’ve got a solid chemistry that made me wish their material were better. Their scenes lack the kind of energy you’d expect from a couple in the honeymoon stage and it feels like a direct product of the inconsistent script.

Oddly, the intervention isn’t nearly as important as the title would indicate, but that’s in keeping with everything else with the film.

Some of the decisions by Director Drew Mylrea are baffling. There’s no shame in making a film with less than a blockbuster budget. That just calls for some clever creativity in working around the financial limitations. It is possible. Mylrea just calls attention to the low budget with very cheap looking green screen effects like the opening scene featuring Corey diving out of an airplane and landing with a jet pack. This didn’t do anything to showcase Corey’s skills as a spy and only set reduced expectations of the film’s quality. 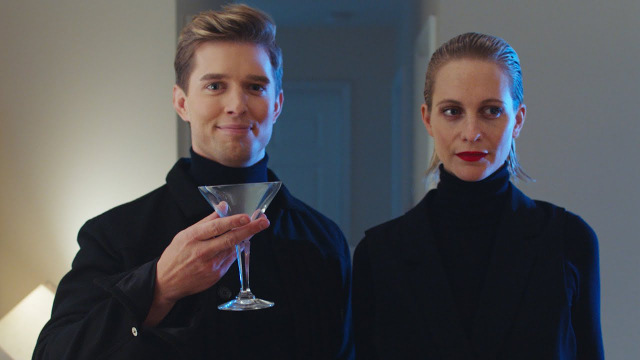 There’s some wacky dance sequences as well that feel out of place tonally with the rest of the film. Not like the rest is played totally straight, but the dance scenes would only work in a just for laughs spoof like a Naked Gun.

I wanted to like Spy Intervention more than I did. It was just overstuffed with too much goofiness with jokes that weren’t funny to work as a comedy and too slapstick to work as an action comedy.