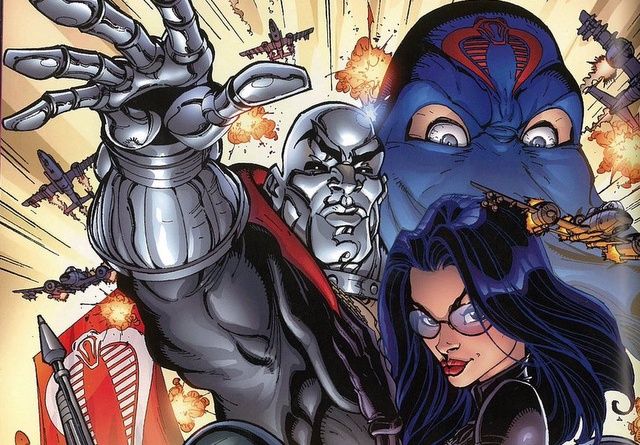 With no weekly comics to review for the foreseeable future I won’t be doing Wednesday reviews. That doesn’t mean I won’t be reviewing comics as I’ve got a shelf full of trades I’ll be reading during self-quarantining. Today, I’m looking at Vol. 2 of the Marvel Comics’ run of G.I. Joe. By no means does this mean you should skip Vol. 1 — I just didn’t think to review that one before I quickly started this next chapter.

In Vol. 1, writer Larry Hama established the rules of the game for a property based on an action figure line. The Joes and Cobra were treated very seriously and the characters were given plenty of personality. There was something about those original 10 issues that were really special as Hama created this elaborate world that could include Kwinn, an Eskimo mercenary; the Joe Russian counterpart, the Oktober Guard and a quaint little town called Springfield completely under Cobra rule. 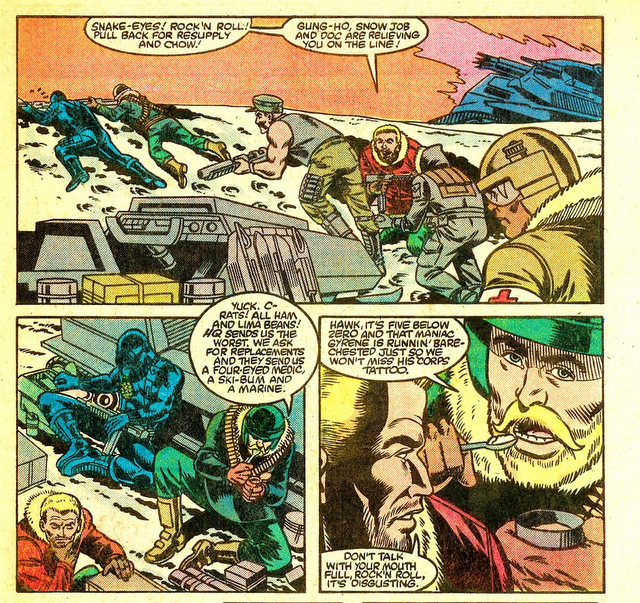 Having said all that, these next nine issues are when Hama builds the foundation of the signature aspects of this run. Steven Grant writes issue 20, a standalone featuring the Joe’s VAMP driver Clutch.

Unlike other 80s comics, Hama was tasked with the burden of constantly having to work in new characters as Hasbro cranked out new figures and Joes about every 10 issues. Imagine Wolfman & Perez or Claremont & Byrne having to cycle in new Teen Titans or X-Men every seven issues. This couldn’t have been easy, but Hama found a nice groove in how to incorporate new characters while retaining a core cast. 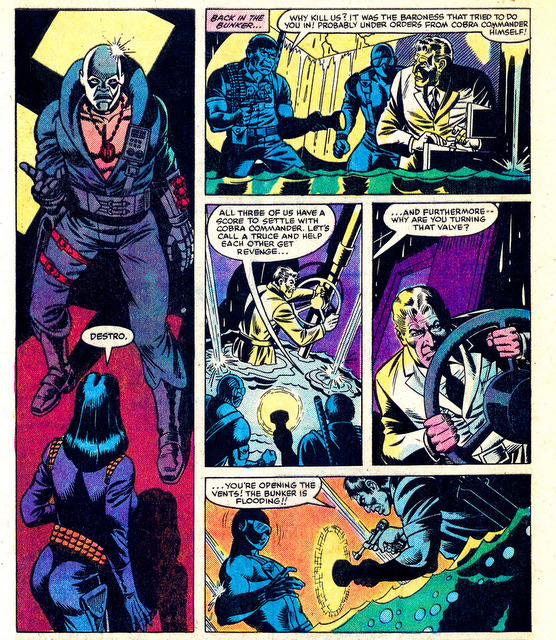 For the Joes, that means specialized reinforcements like Torpedo, Snow Job, Doc, Tripwire, Airborne, Wild Bill and Cover Girl. These were sensible supplements as they filled in vacant slots on the Joe team, which didn’t have a dedicated snow trooper, medic, fighter pilot, helicopter, SEAL or mine detector. And having a woman commander a smaller scale tank was revolutionary. Not too surprisingly, the most versatile of the new additions, the Marine Gung-Ho, quickly became a featured player.

Vol. 2 is probably more notable for establishing the Cobra High Command. Cobra Commander and Baroness held things down the first 10 issues, but Hama quickly added to their ranks by making the conniving Dr. Venom a major character. This series also introduced two core characters in Destro and Major Bludd. Destro’s first appearance is very cool with how he’s never fully visible while operating behind the scenes.

Hama quickly sets up the continuous power struggle dynamic within Cobra as Destro has his sights on the throne while trying to keep his past with Baroness a secret. Cobra Commander plots to kill off two of his inner circle while Baroness’ loyalties are questioned and Dr. Venom tries to play all sides.

In a lot of ways this shapes the treacherous nature of the Cobra High Command, which provided a unique and fascinating approach with villains who schemed against each other as much as the heroes. 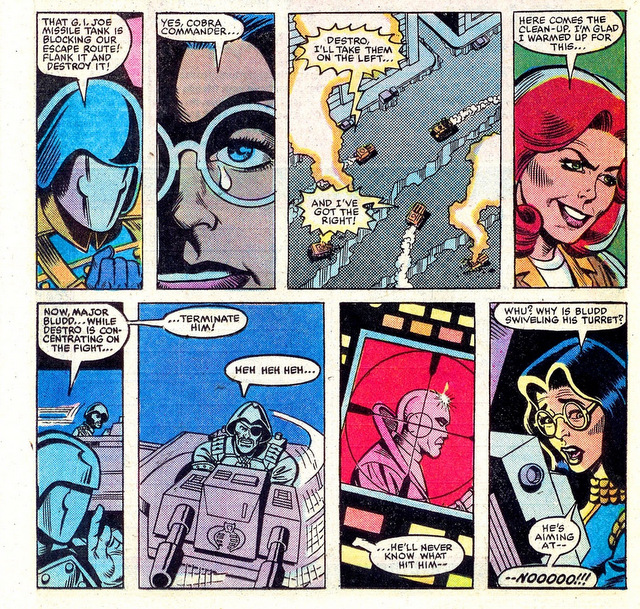 Hama is joined by artist Mike Vosburg, who truly helped a realistic, authentic world for the series. Vosburg penciled the title through issue #23 and while that’s not as lengthy as some of his successors, he was easily one of the definitive Joe artists. Vosburg does an excellent job with character faces that really sell the emotion.

As with the previous volume, the Joes traveled around the world trying to stay a step ahead of Cobra. This arc takes them along the Alaskan Pipeline, Sierra Gordo, Libya, Washington, D.C., Coney Island and the biggest conflict yet at Joe HQ. The overarching plot is a Cobra plan to send a Cobra officer infected with a plague to ferret out the location of the Joe’s base. It’s the kind of premise that would make for a tremendous focus for a G.I. Joe movie. 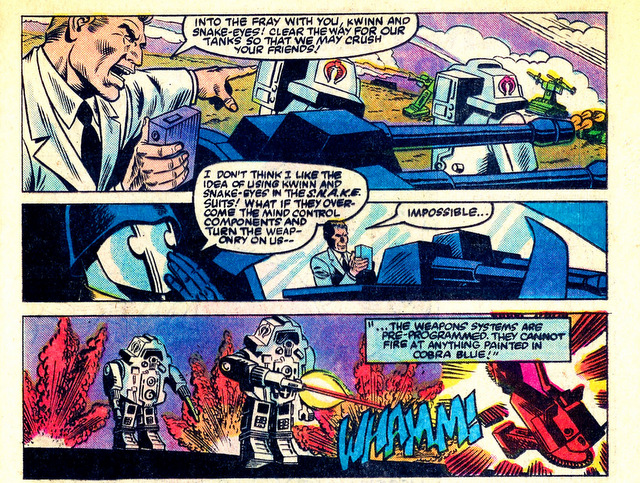 Hama breaks the protective cone of comics with the characters and kills off some important characters in the climactic issue. It was a shocking move as writers didn’t permanently write off characters in such decisive fashion. This also made it clear that no one was ever truly safe.

Vol. 1 is essential reading, but it’s Vol. 2 where the Joe/Cobra dynamic most fans who’ve never read the comic will most appreciate. Issue 20 is a smart cool down story, but it has the bad luck of being sandwiched by two of the strongest chapters in this early run of the series.

Check out your local comic book store for this one or you can get it from Amazon.