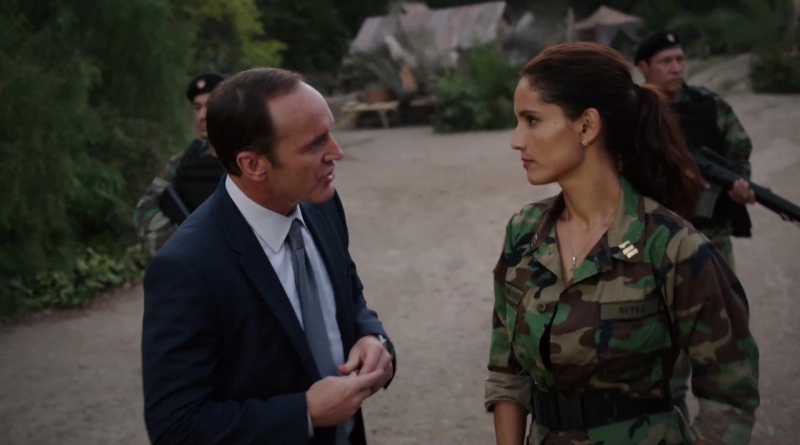 For the promise of the premiere episode, many of the potential problems take center stage on Agents of SHIELD’s second episode, 0-8-4. The general issue is the team makeup doesn’t allow for the most exciting situations and character moments. It’s a good thing the show can rely on Clark Gregg’s Agent Coulson to keep things together while the series finds its footing.

SHIELD’s Bus has an explosion and begins to crash prompting the familiar comic book show trope of flashing back to what happened a certain amount of time earlier. In this case it’s 19 hours ago. 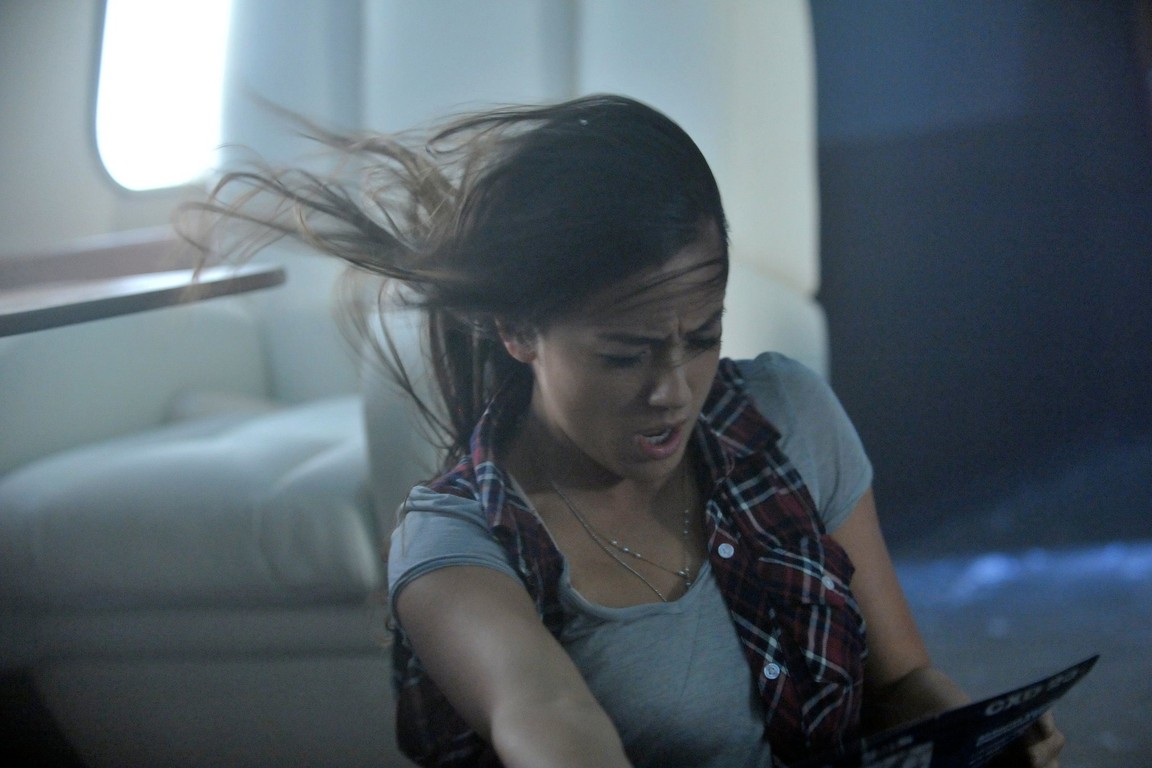 Coulson’s crew is responding to a call for an 0-8-4, or an object of unknown origin. The last 0-8-4 was Mjolnir. It sure would seem like the alien invasion of New York would prompt a significant 0-8-4 call. This 0-8-4 is a Tesseract fuel cell. You’ve got to appreciate how AOS tries to work in sensible aspects from the MCU as episode fetch quests.

Ward is annoyed with Coulson’s decision to put Skye on the team as she’s a wildcard. Coulson is still calling his Tahiti experience a magical place.

In a big departure from the first episode, SHIELD travels to Peru to visit a temple in the jungle where they encounter Coulson’s old hook-up Commandant Camilla (Leonor Varela, Blade II). I like this teasing of Coulson as a ladies’ man. 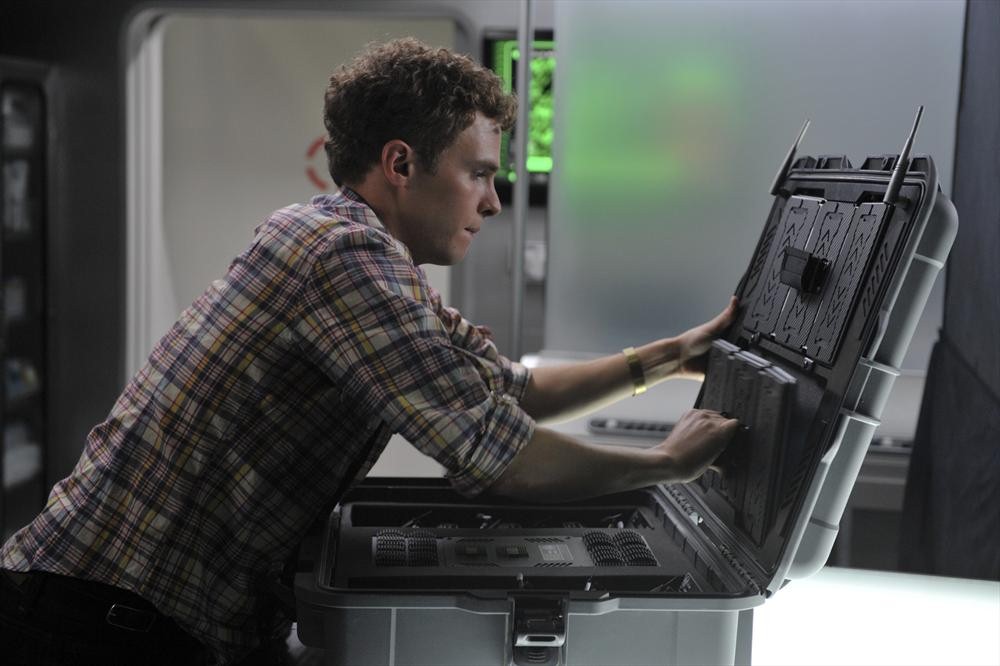 I forgot how nerdy annoying FitzSimmons were. The team makeup is so weird. Ward and May are positioned as the kick-a$$ fighters and it forced Skye to be this cool geek anarchist middle ground. That just served to make FitzSimmons these awkward second tier characters who were tied for fifth least important member of the team.

Camilla’s crew overtakes Coulson’s squad. This is exactly what happens when you’ve only got two fighters. Camilla said surrounding himself with young agents shows Coulson is having a midlife crisis. Hard to argue that statement. The team could have used some older agents instead of casting from the model catalogue. 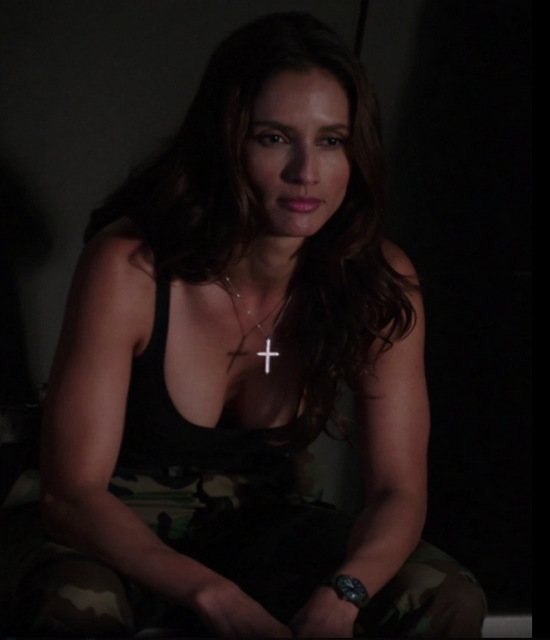 That does allow for some fun action sequences where May and Ward show off their skills. Ward makes the mistake of calling her the Calvary, a nickname that May clearly loathes.

I liked the personality clashes as the team learns to work with each other, but by the end of the episode, everyone felt like they were now on the same page. That’s a positive in the Ward/Skye front to further dial in to their romance, but FitzSimmons having some apprehension working with May and Ward was kinda nice.

With Camilla talking trash to Coulson the rest of the team has to escape on their own. May and Ward lead that effort while the tech squad do their part on the non-physical front. After taking care of Camilla’s squad, the team is united and happy to share some beer watching the Tesseract cell get destroyed on the horizon. 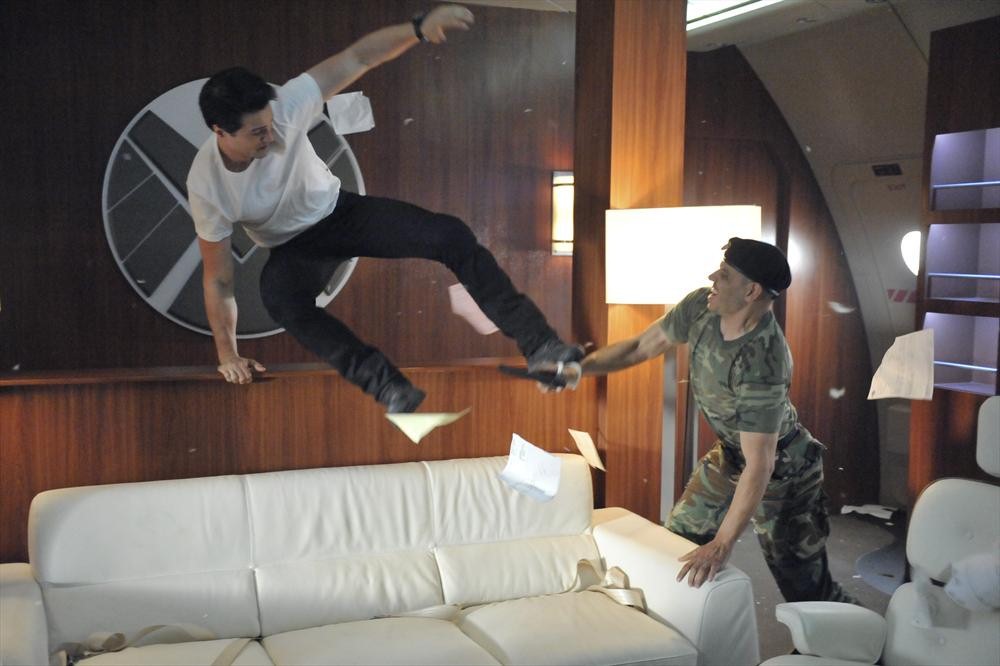 Sky gets a text from Rising Tide. She’s playing Coulson and crew and actually just infiltrating them. Interesting twist and a much better development than her just immediately buying in to SHIELD.

Nick Fury chews out Coulson for all the damage done to The Bus. This isn’t the fault of the TV team, but these first two episodes show one of Kevin Feige’s rare missteps in not tying SHIELD (if not the Netflix shows) closer to the movies. It’s not like Tony Stark showing up would have made much sense, but fringe important players like Fury and Maria Hill are cool to see showing up and offers more of a comic book feel to Agents of SHIELD with unexpected cameos.

0-8-4 wasn’t as strong as the series premiere, but starts laying the groundwork for intriguing future developments.