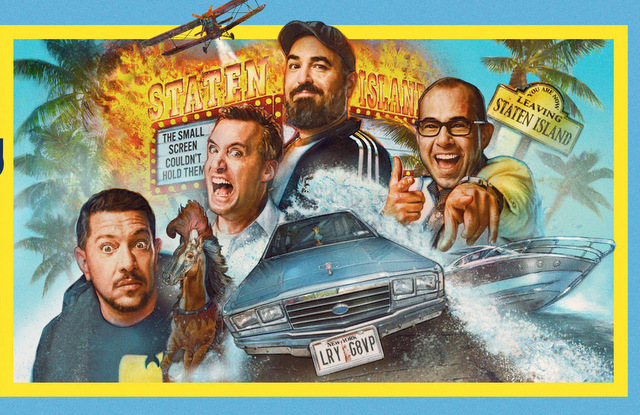 Have you ever been stuck listening to a group of friends completely and utterly thrilled with their own inside jokes? Even when they’re not even remotely funny to anyone else. That’s kinda how it feels watching Impractical Jokers: The Movie.

Granted, the TV series featuring best friends Brian Quinn, Joe Gatto, James Murray and Sal Vulcano has a decent enough following to have lasted since 2011. That’s longer than a lot of shows these days so clearly there is a fan base even if it’s not for everyone.

The movie likely won’t win over many new fans though as it just feels like a bloated version of the series with a bare bones narrative to thread from one prank to the next.

Things get off to the exact opposite of a promising start when the Jokers reenact their origin by crashing a Paula Abdul concert masquerading as as their teenage selves. The gag would be the security allowing teens in, but it’s not nearly as effective a bit with adults playing teens. Also any movie relying on Paula Abdul to carry the heavy lifting on the acting front in 2020 is probably not in the best shape.

Decades later, the guys run into Abdul again and oblivious to their early encounter, invites them to her concert in Miami. Only trick is there’s only three VIP passes so the guys decide to compete in a contest where the loser is stuck at the hotel room. 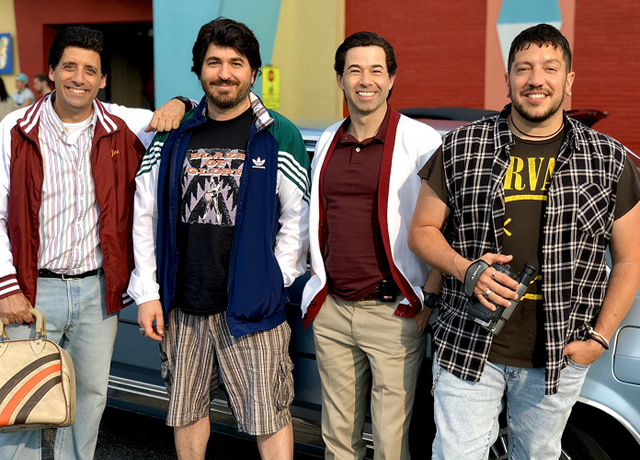 The pranks range in creativity from riding horseback in a gladiator costume to getting feedback on eulogies. The guys don’t limit their pranks to unsuspecting people as they take special pleasure in tormenting each other especially when they can recruit each others’ families.

There’s a lot of pranks, but genuine laughs are in short supply. That’s more a function of the Jokers seemingly focused on cracking each other up first and worrying about the audience fifth. While that formula works well enough on a TV show, it gets tiring over the course of 90+ minutes.

Given the sheer amount of jokes it’s not a complete shock that some jokes hit the mark. The two best bits involve a social media influencer conference and a job interview with the Atlanta Hawks. Still, even generously saying there’s 15 minutes of funny material in a 90 minute film is not a great ratio. The Jokers never claim to be actors making a running joke about what Murray does at night fall flat.

The production values are fine for a film with such a basic setup. Director Chris Henchy does a decent job with his first full-length feature film keeping the pace rolling so scenes don’t drag out once the payoff jokes have landed. 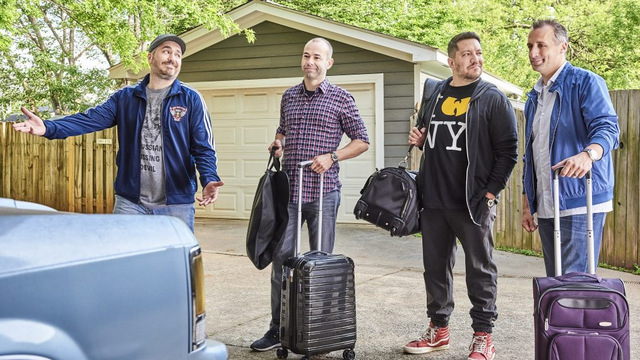 Impractical Jokers: The Movie will likely connect best with fans of the series and those absolutely desperate for self isolation entertainment.