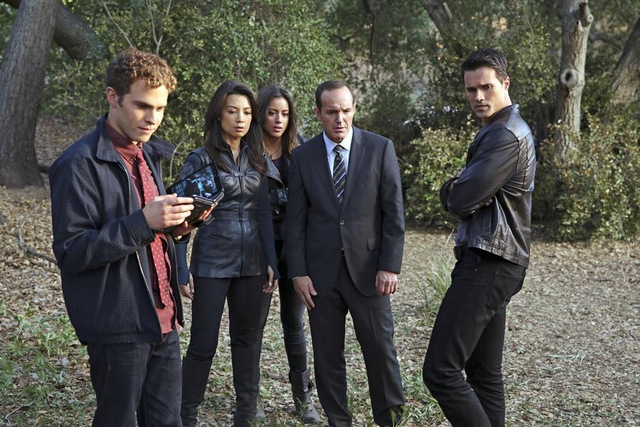 FZZT was a pretty basic, one-off episode that benefited greatly from the emphasis on the team’s bond. This wasn’t the flashiest or eventful episode, but devoting more energy toward the team dynamic made this one of the early season’s strongest episodes.

Things start off quietly with the team enjoying some down time by mocking Ward’s intensity and the writers seemingly trying to decide if they should develop something with Skye and Fitz. Skye tries to Friend Zone him by remarking about his tightness with Simmons.

SHIELD responds to a freak electric storm that’s left one dead scout leader hovering in the air. There’s a fun bit early on with May “interrogating” the junior scout leader and offering some cookies. 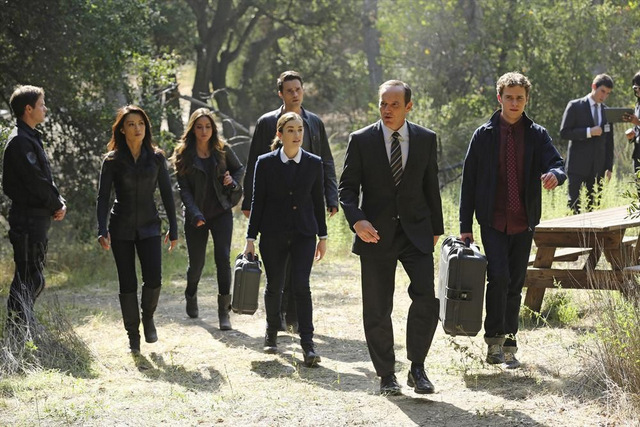 FitzSimmons tracks down another surge and finds a suspending farmer who had the foresight to grab a shotgun at least. Not that it helped. SHIELD finally figures out the cause was a firefighter department that responded to the New York Invasion. The firefighters grabbed a Chitauri helmet as a souvenir, but it was carrying some sort of virus. This was an odd episode to watch in 2020.

Coulson tries to help one of the firefighters, but he’s run out of time. We’d seen the snappy, one-liner Coulson, but this scene required a more thoughtful, reassuring take and Clark Gregg once again delivered strongly. This scene served a dual purpose of revealing Coulson is not entirely relieved that he’s back from the dead.

With the situation contained, SHIELD has to send the helmet to the Sandbox, another facility for dangerous weapons. Only catch is Simmons has been infected and SHIELD has that flight to find a cure before she unleashes an electrical pulse before dying. This leads to some well-earned serious moments with the team struggling to face Simmons’ pending doom and Fitz’s unyielding devotion to help her. 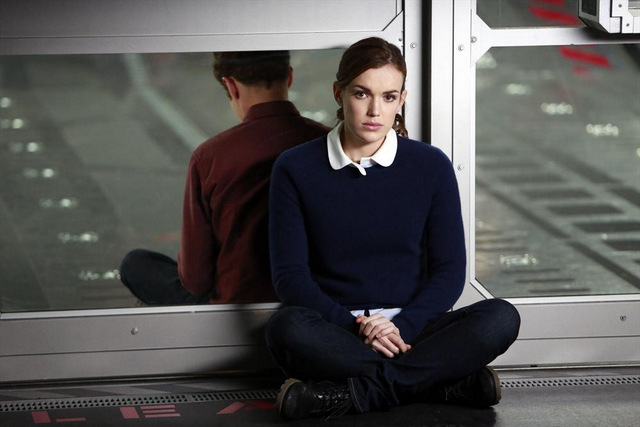 After seemingly exhausting the final option — scraping DNA from the Chitauri helmet, which inadvertently served as a buffer for the virus — Simmons opens up The Bus to save her teammates. Fitz tries to follow her, but Ward taps into his inner James Bond to catch her while getting his parachute on in mid air. It was a real bad a$$ moment for Ward and another showcase for the team’s action MVP.

As everything settles down, Ward reveals he knows about their impressions of him and spoofs their imitation of super serious Agent Ward. This was a nice moment and does a lot to foster the bond with the four younger agents.

May knows something is up with Coulson and he finally admits he feels like something is off. Coming back from the dead will do that, May assures him so it’s perfectly fine to feel different. Can’t argue with that logic. 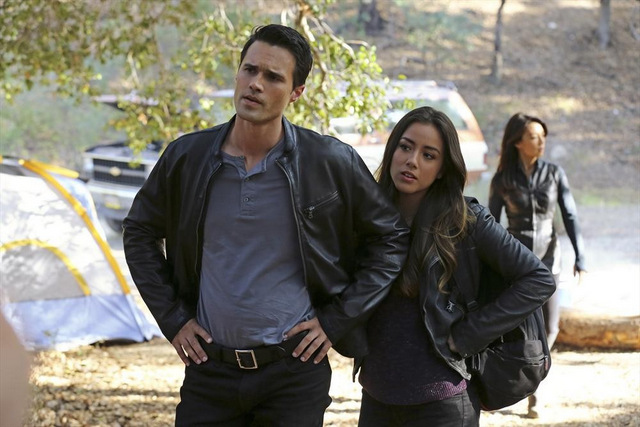 Agent Blake (Titus Welliver, Shaft) retrieves the Sandbox from Coulson’s crew and warns him he’s acting out of character, clearly setting up further conflicts down the road.

FZZT was a welcome surprise that showed Agents of SHIELD can thrive with a dash of an extended mystery (Coulson’s uneasiness), growing team bonds and cases that connect to events from the films.