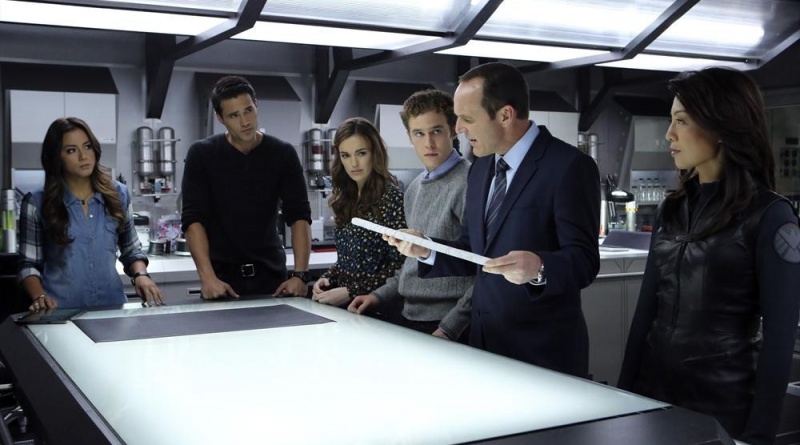 Once again, Agents of SHIELD shows its commitment to the Marvel Cinematic Universe with a well-intentioned, but somewhat slow episode that teased future major developments.

That’s been the common thread for the last few episodes — it’ll all pay off eventually, just not right now. Getting to those payoff moments hasn’t been a complete slog, but there’s definitely a feeling of c’mon and get there already.

The team is in London dealing with the fallout of Thor’s battle with Malekith from Thor: The Dark World. This is such an easy and simple role for the Agents of SHIELD. Coulson jokes that there should be an Asgardian who cleans up, but honestly if AOS just worked in a casual connection to all the MCU films it would never run out of one-off episodes. 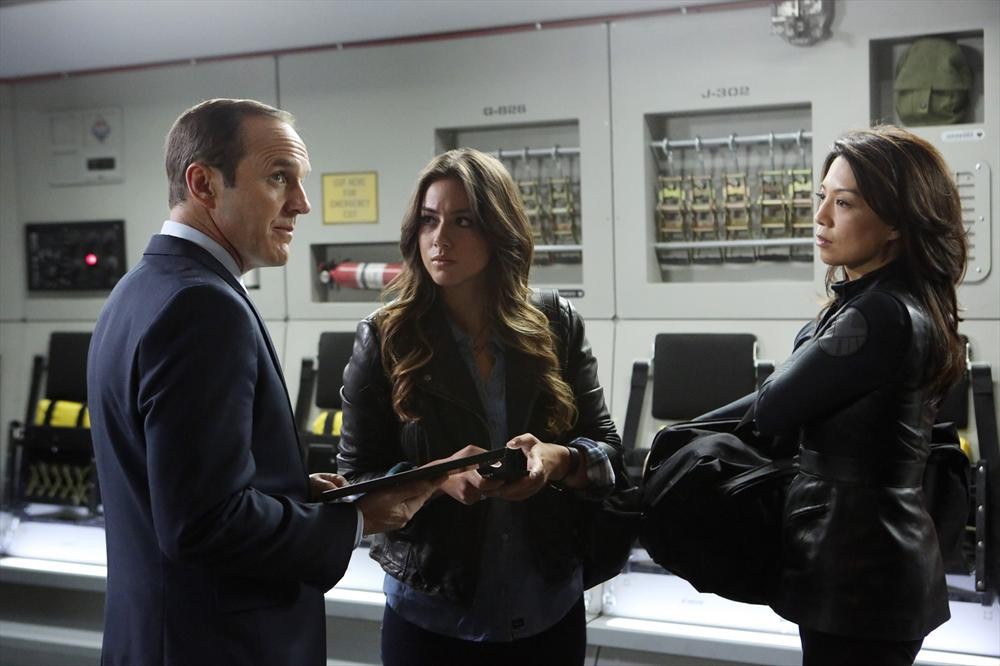 Skye and May both agree that Thor is dreamy as FitzSimmons collects remnants of Malekith’s ship.

Turns out the real threat is in Norway as a couple in a Norse paganist hate group finds part of an Asgardian spear. Coulson calls up Professor Randolph (Peter MacNicol), the mythology expert SHIELD hit up when Mjlonir crash landed on Earth. Randolph warns Coulson that the spear was split into three fragments and it originally was in the possession of an Asgardian, who became a berserker warrior when he touched it. The twist comes when Ward touches it and Coulson has Randolph admit he’s the former berserker Asgardian. 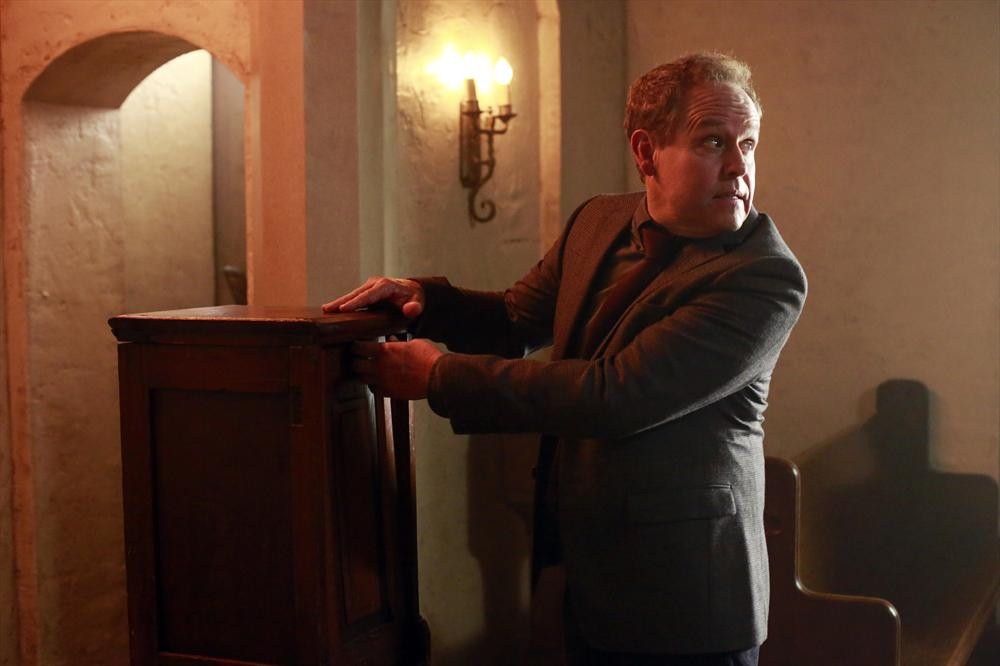 Ward saw flashes of a boy in a well trying to tread water and begging for help. Randolph cautions the spear shows the darkest place of its possessor.

Simmons is rattled with the whole talk of magic and takes the it’s just science we haven’t deciphered yet approach. That’s kind of a cliche scientist trait at this point and it’d be more fascinating to have a scientist buy in to magic as well. Coulson did try to reach Thor, but Fury said he’s off the grid. That’s all SHIELD ever has to do to explain why the Avengers aren’t helping out in their problem cases especially those involving super powered individuals.

The Norse hate group proves more of an obstacle than a real threat. Sure, the leader stabbed Randolph, but a rage-battling Ward takes him out while we get the real reveal that Ward was looking down at his little brother in the well and his older brother threatened to toss him in if he lowered a rope. The flashback ends as young Ward sent the rope down. So Mr. Perfect Agent isn’t as squeaky clean as we were led to believe? 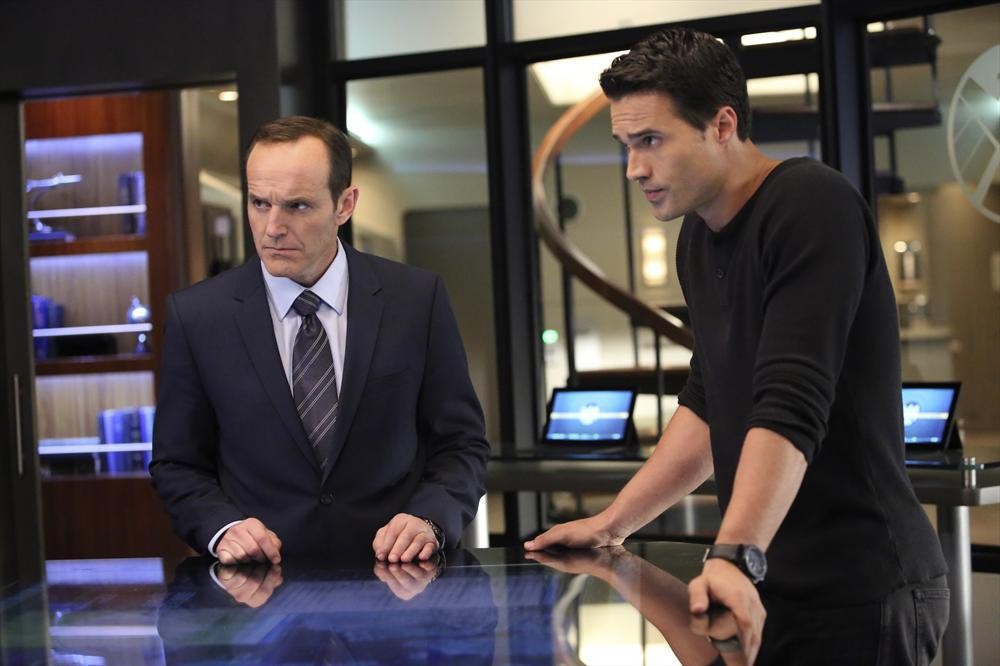 May grabs the spear to take down the woman easily enough. She didn’t have the same trauma as Ward as she knows her darkest place and confronts it every day. This was easily the most comic book, super powered episode of AOS yet, but it doesn’t quite work yet. It feels out of place in our simple spy show.

Coulson is still having issues with his resurrection and tells Randolph he doesn’t remember what happened after he died and the early moments of waking up. He has a dream/nightmare of his time in Tahiti and is now disturbed every time he hears that magical place statement.

Ward is still rattled from his encounter with the spear and the stirring up of old memories. Skye tries to offer a somewhat flirty listening ear, but he politely declines. His resolve doesn’t hold up when he spots May heading to her room and she leaves her door open for him. Interesting. That definitely shakes up the obvious Ward/Skye pairing. 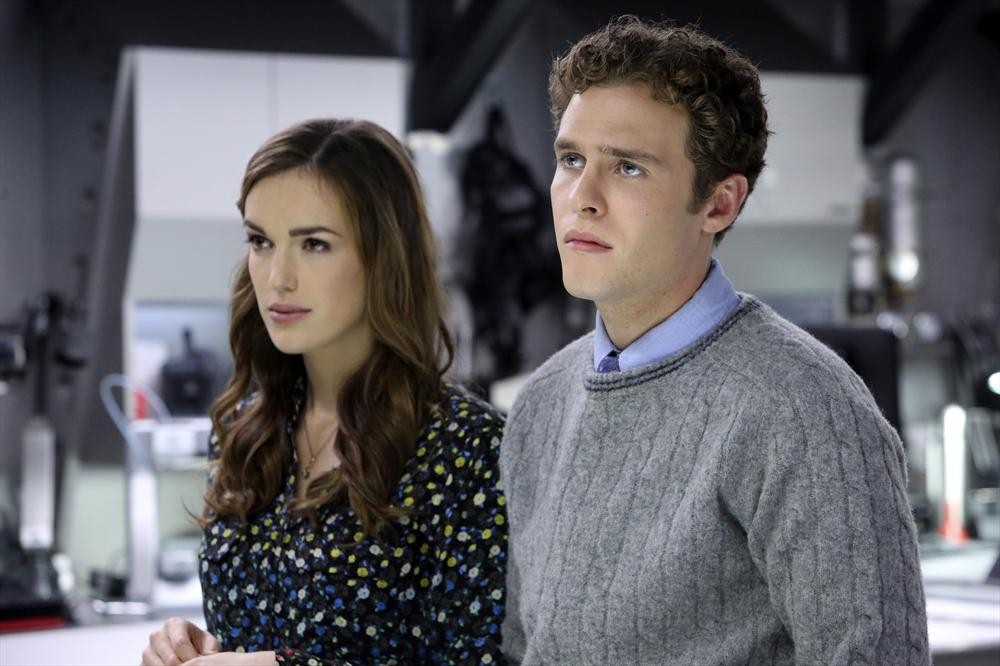 Again, the most intriguing aspects of the episode were the minor scenes building on the larger narrative. That’s not necessarily a bad thing, but these on the path episodes need a spark to make these detours engaging.