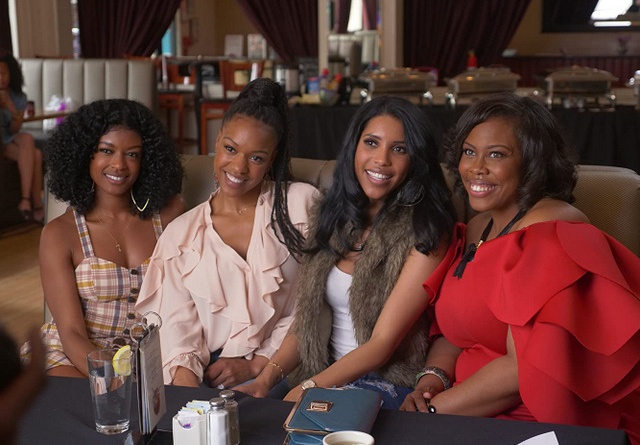 Netflix has arrived as an avenue for filmmakers to get their projects seen before wide audiences. That has the unfortunate side effect of a lot of crummy films popping up on suggested recommendation lists. Sometimes filtering through the rubbish for the rare gems is more trouble than its worth. Always a Bridesmaid is one of those gems and probably should have gotten a chance in theaters.

The film centers on Corina (Upper Marlboro, Maryland native Javicia Leslie, God Friended Me), a copy editor who’s been a bridesmaid for her friends’ weddings. Corina has her walls fortified with concrete, steel and anti-aircraft missiles after her last bad relationship ended. 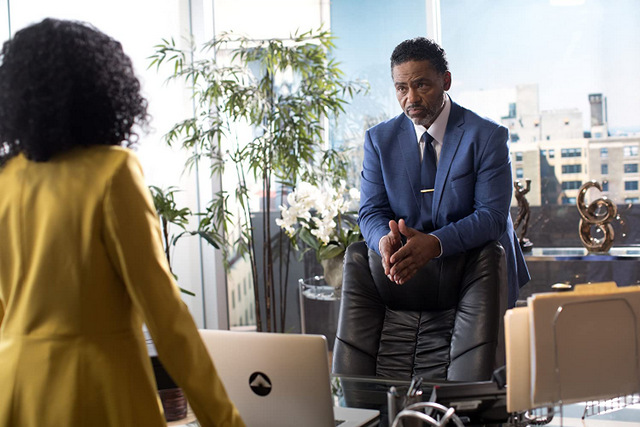 Corina is also burdened by her strained relationship with her publisher father (Richard Lawson), who’s hardly supportive of her career goals. She’s aware of her issues at least and has regular counseling sessions with Pastor Brody (Community’s Yvette Nicole Brown, who makes her screenwriting debut).

Still, as her circle of close girlfriends trades in the dating scene for a ring, Corina is beginning to second guess her anti-dating stance. A random encounter with a charming former college classmate Mark (Jordan Calloway, Black Lightning) might prove just the thing to help Corina get back in the dating game. 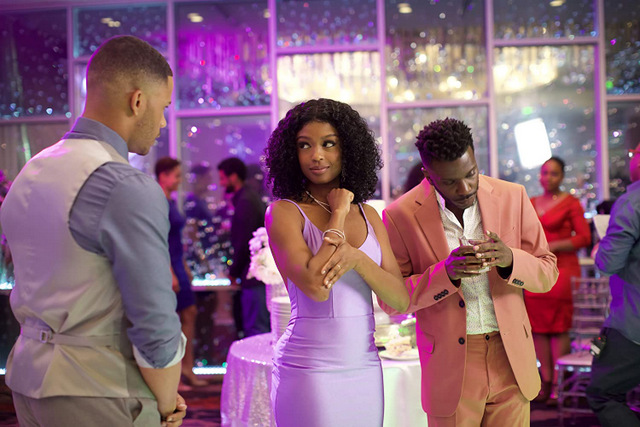 Initially resistant to Mark’s charms and dapper fashion, Corina finally relents and is ready for her happily ever after. Or maybe not if her self-sabotaging nature decides to make a comeback.

Director Trey Haley (The Preacher’s Son) has an easy handle navigating a romantic comedy that aims higher than slapstick. Occasionally, he tends to wrap scenes abruptly when it still feels like there’s some laughs or conversation left. In other scenes, there’s a lack of ambient noise giving character conversations a little too much clarity considering the settings. These are minor issues, albeit noticeable enough that they’re somewhat distracting.

Brown continues a recent encouraging rom-com trend of putting marriage in a positive light. Corina’s best friend, Tamara (Michelle Mitchenor), and her husband, Bradley (Tosin Morohunfola), are a fun couple who aren’t constantly bickering and miserable. They provide some of the film’s best scenes as they navigate the next steps of their marriage while providing occasional needed stern advice.

Another strong aspect of the film is the dynamic with Corina’s circle of Tamara, Denise (Jasmin Brown) and Janelle (Amber Chardae Robinson). Their friendship feels authentic in how they talk to each other and are each other’s support system. Robinson delivers in a major way on the supremely confident comic relief pal.

Sure, the film is about one of the crew finally meeting her Mr. Right, but I wanted more scenes with the four friends just hanging out as their bond isn’t something we see often enough. Netflix isn’t shy about making sequels and I’d happily sign up for one with the women on a girls trip with the husbands at home. 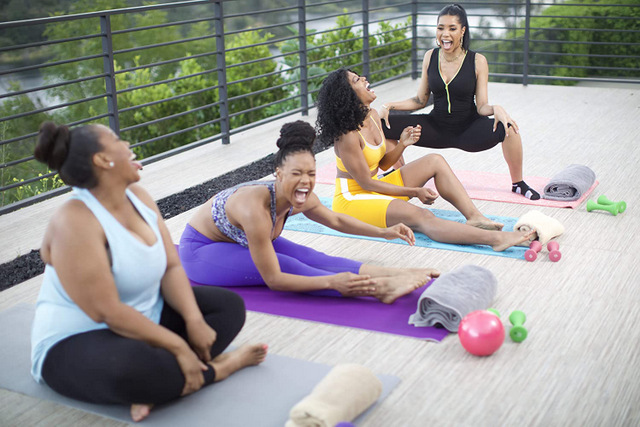 The cast is solid all around. Leslie is a very likable leading lady and she has real chemistry with Calloway. Strangely that’s not always a given with Netflix rom-coms. Calloway gives Mark all the depth that’s required from a perfect love interest. The film could have used more scenes with Corina and her father, which is a significant plot point discussed more between other characters.

Brown also avoids making Pastor Brody a cliche, scripture-spouting unrelatable character. It seems like a small thing, but too many black romantic comedies tend to make clergy members overly cartoonish. It was also a relief seeing a rom-com where there is a reasonable balance of good guys and losers. 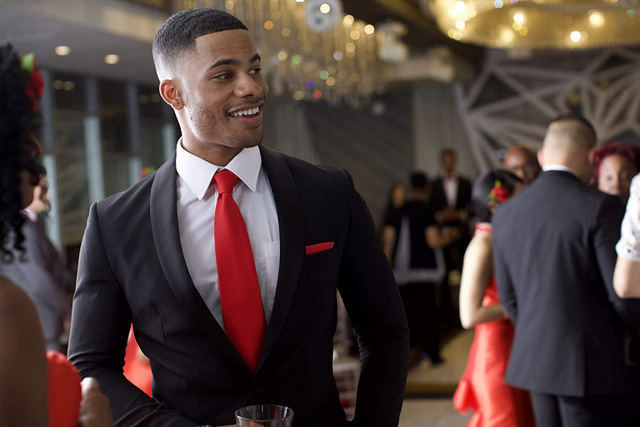 Things get a little dicey with the final act. This is the point where it feels like Haley started racing toward the finish line and calls into question some of the extended wedding scenes after the point has been drilled in that Corina is in all of her friends’ weddings. Corina’s big moment (spoiler?) feels somewhat devalued as a result when it should come off as special. A little stronger resolution of some of the subplots also would have been nice to see play out in different settings.

Always a Bridesmaid largely avoids the frustrating cliches of the genre with an enjoyable fresh cast that haven’t become rom-com regulars. It’s worth RSVPing some couch time to check this one out.