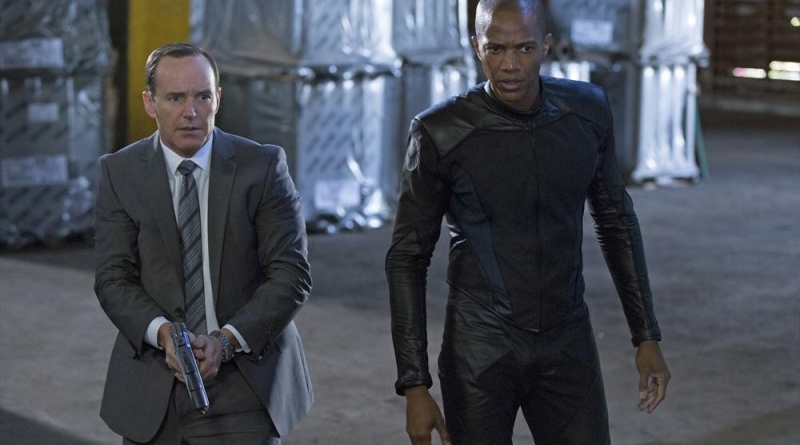 After what had been a lengthy stretch of uneventful episodes in terms of the big picture, Agents of SHIELD’s winter finale, The Bridge, delivers big time on raising the stakes as the first season plays out.

Predictably, there’s a little uneasiness with Mike’s arrival. Skye of course is welcoming as they had a bond outside of SHIELD. FitzSimmons are intrigued by Mike’s Centipede tech, which cancels out any of their misgivings while Ward and May are very leery about teaming with a guy who tried to take them out the last time they encountered him. Coulson is fine giving Mike a second chance, but assures him he won’t get a third. 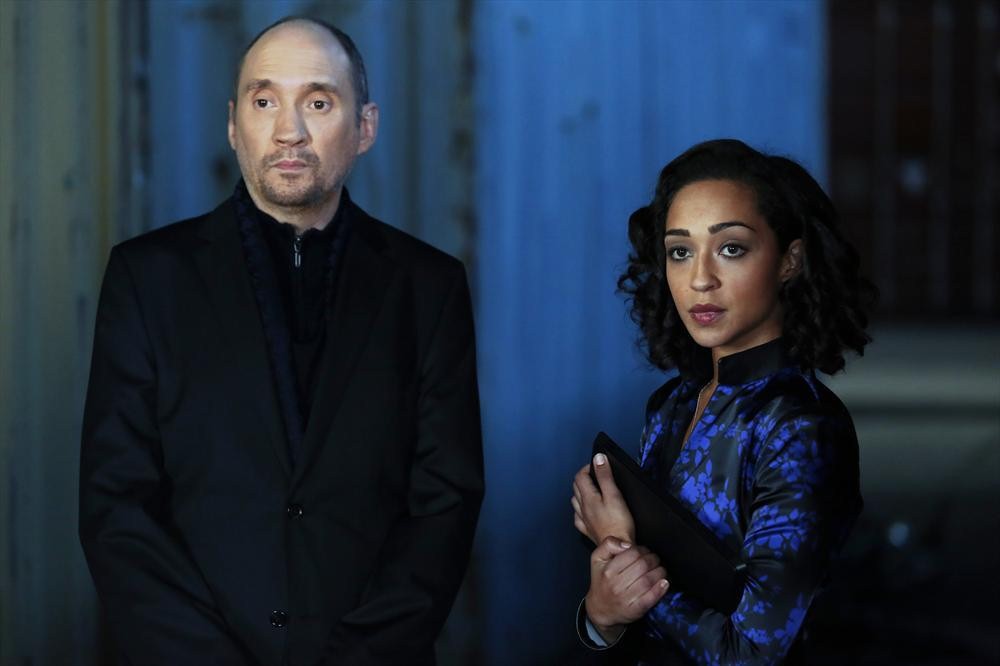 Ward and Coulson go on an intel gathering mission on a potential lead with one of the Centipede soldiers. Along the way, relationships come up and Coulson mentions the cellist. SHIELD protocol dictates that Coulson can’t get in contact with anyone since his rebirth, not the cellist or the Avengers. That’s a pretty crappy policy. Ward wonders about relationships within SHIELD, but Coulson tells him that’s an even worse idea.

Mike cues SHIELD in to Raina and her connection with the mysterious figure, The Clairvoyant. FitzSimmons is excited to give Mike a suit, but it’s pretty bland and uninspired. For all of their hype it just looks like another SHIELD uniform. Even Barton got a little splash of maroon in his costume. Coulson leads his main strike team of Mike, Ward and May to track down these Centipede grunts. The mission doesn’t work out so well as Ward and May get handled pretty easily and Mike can only fight the soldiers to a standstill. Mike does manage to take down one, but before SHIELD can get any information he’s turned off. 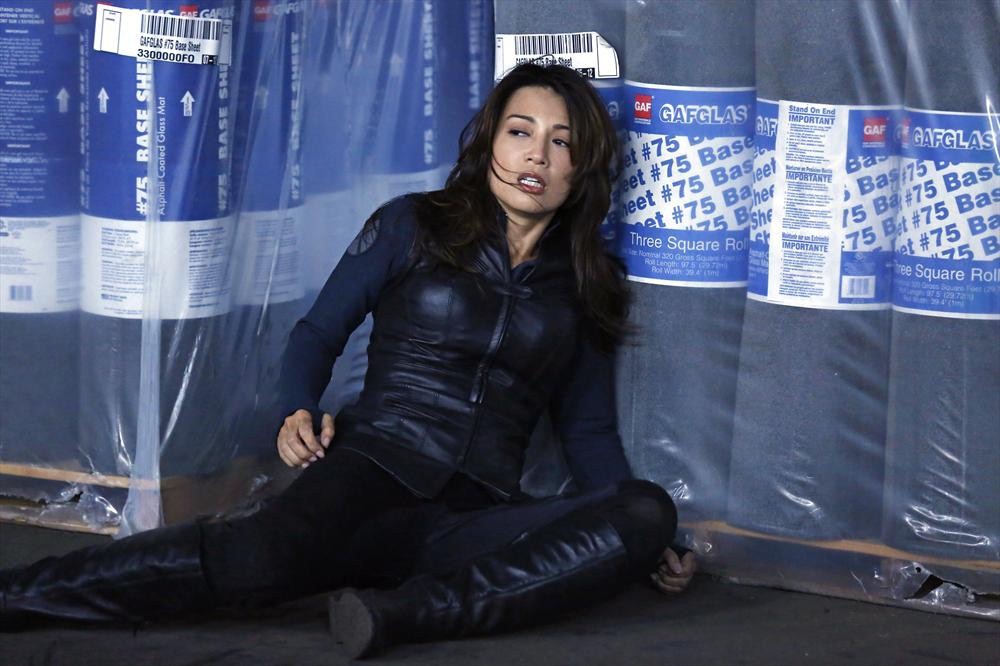 Turns out these Centipede soldiers are using the same eye implants as Akela Amador from Eye Spy. Now we’re starting to see some connection to earlier subplots. This is a good thing.

Coulson questions why Mike hasn’t visited his son and Mike reveals he’s terrified that the last time he saw him, Mike was a raving monster. Taking Coulson’s advice, Mike calls his son albeit too late as Raina and Poe have kidnapped him. Fortunately they’re willing to make a trade…

None of Coulson’s crew is happy about giving Mike up and putting him back in Centipede’s hands, but he wants to play the trade as directed to avoid putting Mike’s son in jeopardy. It doesn’t matter though as Raina and Poe wanted Coulson, not Mike so Mike had to sell him out to get his son back.

Coulson knows a no-win situation when he sees it and goes with Raina. After bringing his son back to Skye and the others, Mike turns back to try and save Coulson only to walk into a series of explosions. 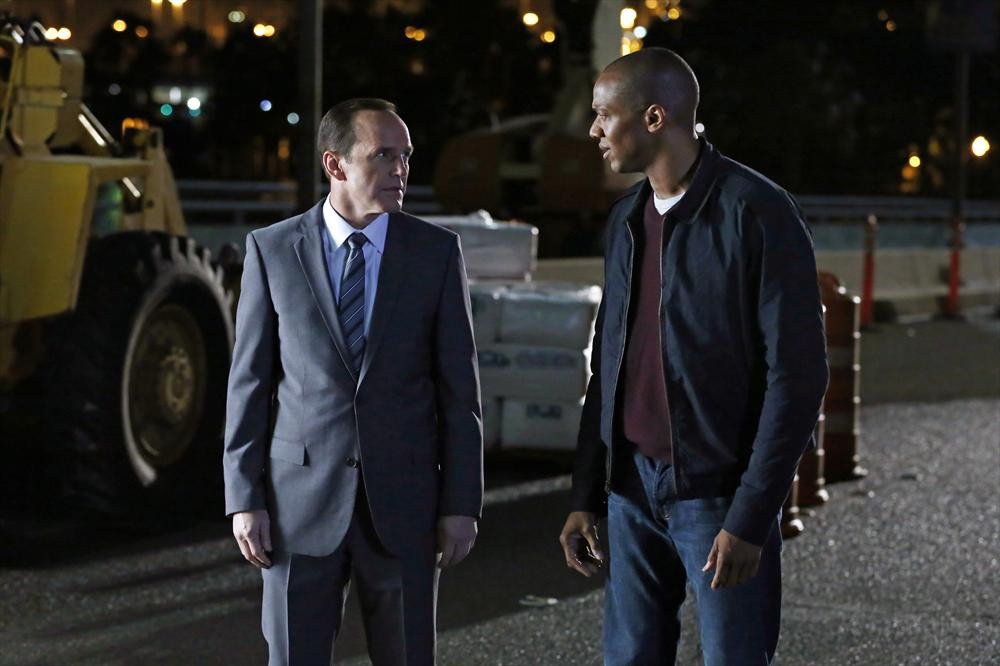 As Skye yells for Mike, Raina and company escape in a helicopter and shoot at Ward in the sniper position for good measure. Raina wants Coulson to tell her what happened to him the day after he died. Looks like everyone wants answers to that question. Things have just got really interesting.

Clearly the strongest episode so far of the season, The Bridge finally escalates some of the lingering subplots that at times felt like they weren’t progressing.

If you’re trying to do a quick binge of the essential episodes of the first half of the season, I’d recommend episodes 1-5 and this one, episode 10. Episodes 6 and 9 feature strong character development standalones, but don’t really tie in to anything of importance.