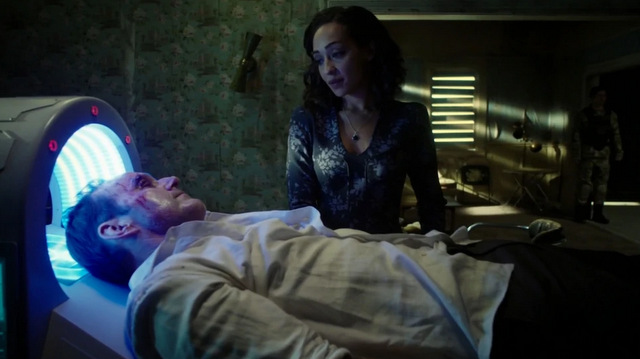 The Magical Place proved the midseason finale wasn’t a fluke with another intense episode that progressed the season’s major storyline in a huge way and finally revealed what really happened to Coulson.

Coulson’s crew got folded into Victoria Hand’s command, which basically meant her focus was on tracking Centipede and finding Coulson was a distant second. Hand is presented really cold and sorta awful, but she’s really just looking at the big picture despite my personal attachment to Coulson. And to a lesser extent his team.

Hand has little use for Skye and her hacker attitude and wants her off The Bus. Ward sticks up for her as a valued member of the team while May realizes she’s of better use on the outside left to her own devices and sides with Hand, who realizes later she got played. I’m really enjoying this continued tension with Hand and Coulson’s team. She’s definitely not getting a Christmas card from any of them…except for Simmons because she’s just so super nice.

Skye cosplays as May and gets an Securities and Exchange Commission head honcho to get her access to the money files to find Poe or Raina. It’s sorta funny, but I liked Ward and FitzSimmons’ tormenting the arms dealer by opening a part of The Bus’ roof to get him talking. It was nice to see an edgier FitzSimmons. 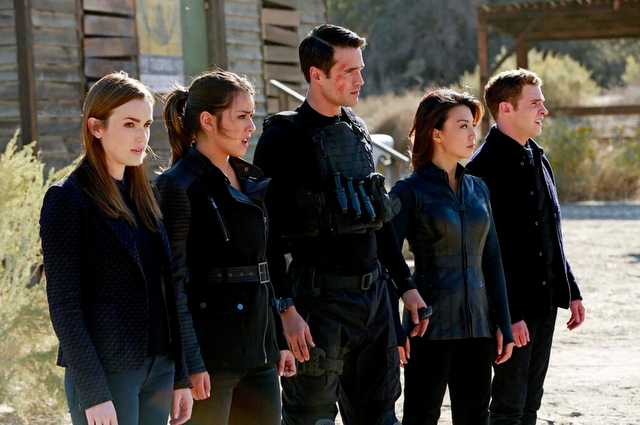 The Clairvoyant wants to know how Coulson came back to life, but gets impatient with Poe and kills him with a more advanced version of Obadiah Stane’s paralysis device. SHIELD is incredibly devoted to staying within the framework (heh-heh) of the MCU and utilizing random gadgets and plot points just because they can.

Raina tries a more seductive approach than Poe’s condescending demeanor and breaks through to Coulson. She tells him about the cellist mourning him and piques his curiosity about his death/resurrection and that trigger of why he keeps saying Tahiti is a magical place. The Clairvoyant even knows Coulson’s been denied finding out what happened. How would The Clairvoyant know this stuff unless he was part of SHIELD?

Coulson starts to break through the mind lock and sees Dr. Streiten and another doctor instead of his Tahiti paradise. He’s begging them to let him die while robots rewrite his exposed brain. That’s graphic.

Before he can get further into the truth, Ward, May, Skye and FitzSimmons arrive and take down Raina’s Centipede soldiers. This was the first time Ward asserted that this was his team when they went off script with Hand’s plans to keep going after various Centipede bases. They’re definitely setting things up like Ward and May could run the team in Coulson’s absence. 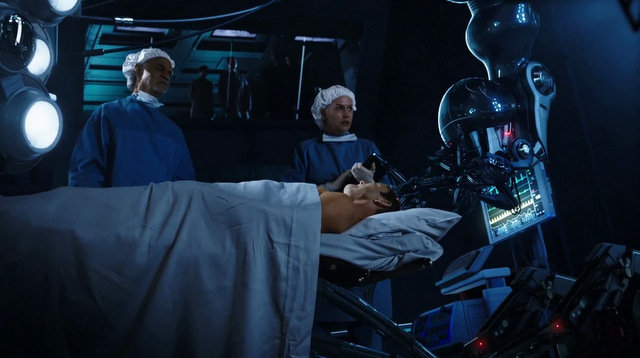 Raina isn’t some supervillain and gets taken out easily enough by Skye and brought into SHIELD custody. Coulson thanks his team and has a nice moment with Hand, who might actually be warming up to him. Coulson removes Skye’s anti-tech bracelet and assures her everything is fine before tracking down Dr. Streiten.

The good doctor confirms Coulson was dead for days, but Fury moved heaven and Earth to bring him back. They rewired his brain to rekindle his will to live. Streiten is worried this might be the end for him, but Coulson simply leaves his car in a vintage spy move.

In the post credit scene, Mike Peterson awakens to find his right leg is gone. Maybe even worse, he’s got an eye implant with one of those pesky detonator devices. That’s not good, Mike.

The Magical Place showed SHIELD has found its groove as the season continues to pay off its numerous subplots. This is exactly the point the season needed to ramp up the intensity and it’s resulted in consecutive very strong outings. Let’s see if they can keep this up.