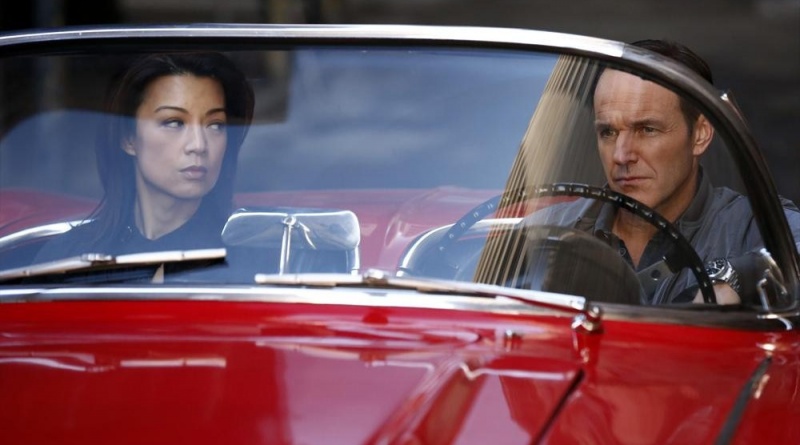 While not quite as intense an shocking as the previous two episodes Seeds slyly advanced the main plot while addressing another big subplot. For now…

Some SHIELD cadets were mysteriously targeted by one of their fellow Science classmates prompting an investigation from Coulson’s crew. Since it played out at the Science Academy, FitzSimmons are front and center while Ward leads with Skye as his backup. 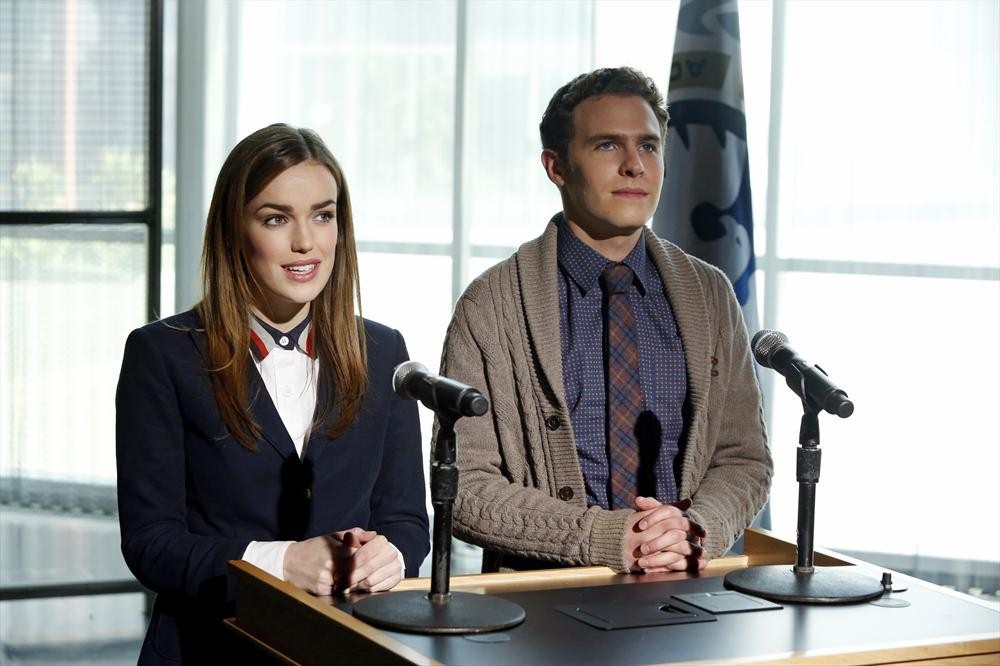 Skye is still worried about Coulson, but Ward assures her he’s fine and they’ll keep everything together for him in the interim. Ward is really stepping up as the second-in-command.

FitzSimmons are greeted by Agent Weaver (Black Lightning’s Christine Adams – world’s colliding!) as they embrace the role of campus superstars. 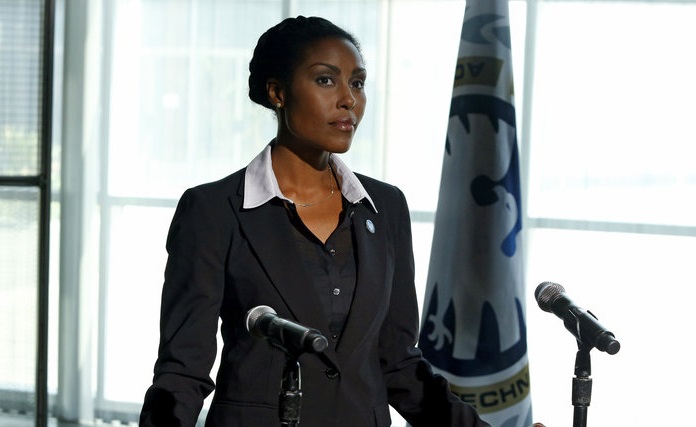 Skye reads Bucky Barnes on the SHIELD Wall of Duty of deceased members. What a random name for her to read… Side note: this season is so much better in hindsight with all the various teases and foreshadowing.

Coulson got his medical file from Fury and has obsessively been going over them. Thankfully, May diverts his attention with a lead on Agent Avery, the agent who took Skye to an orphanage. 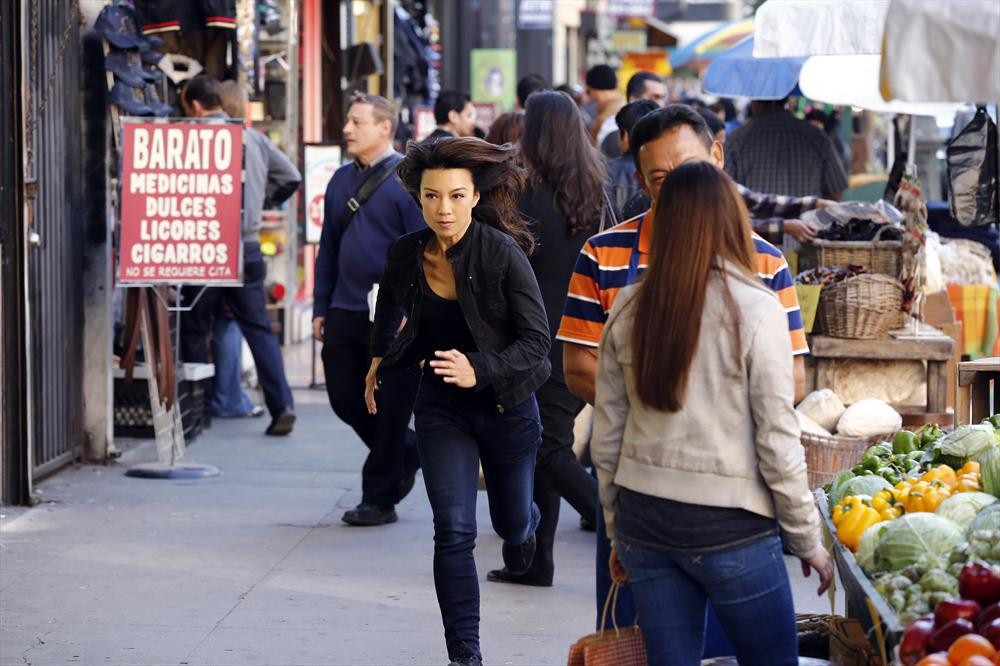 They track down Avery’s partner, who warns them the baby had powers and was the 0-8-4/unclassified object. He also advises them to stay away from her as she brings death to everyone around her. Don’t trip up over that advice, gang. Coulson shows his trust levels in SHIELD have dropped as he doesn’t think it’s the safest place right now. 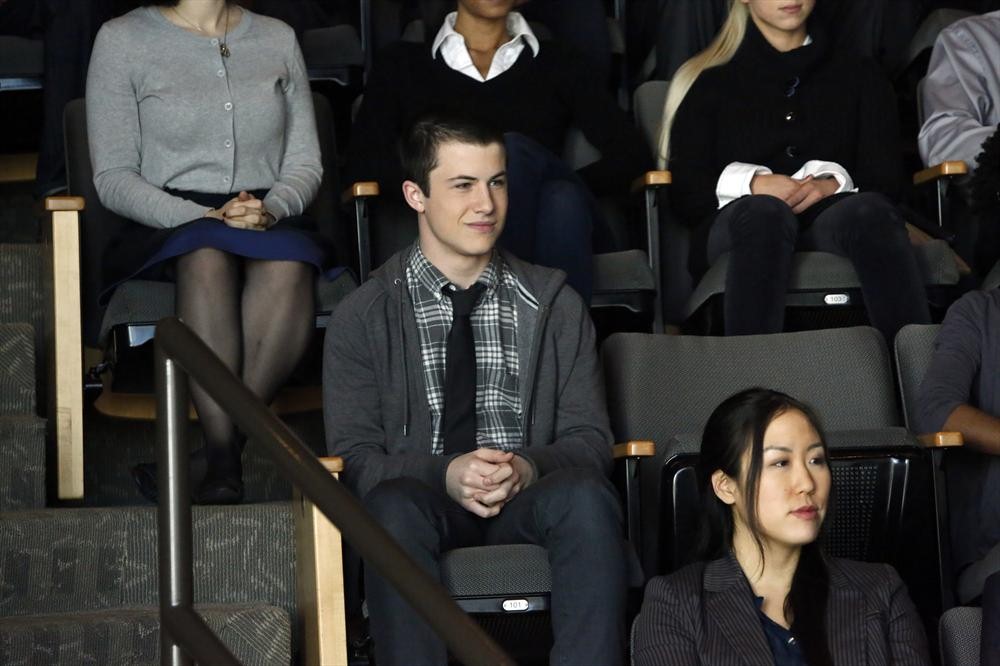 It was part of a complicated ruse from Donnie and his classmate Seth, who needed Fitz’s help in selling their weather device to Ian Quinn. It’s all connected. Seth gets killed via electric shock while Donnie gets placed in SHIELD custody and apparently possesses some sort of ice power.

Coulson is tired of secrets and tells Skye everything he and May learned in Mexico. All the secrets are coming out now. Oh, and May spills that she and Ward have been hooking up.

Inspired by Skye’s positive attitude and declaration that SHIELD has always been her family, Coulson’s feeling pretty good about life and his trust in SHIELD. He decides to call Quinn and warn him to stay out of SHIELD’s way when Quinn drops the bombshell that he’s also in league with The Clairvoyant. Very interesting. 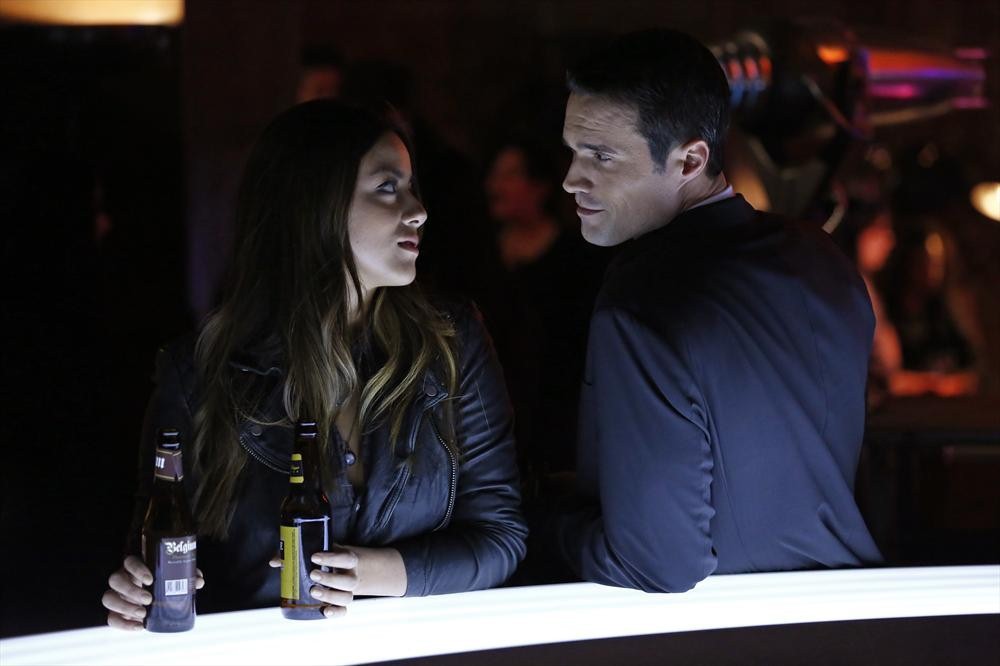 As the title implies, Seeds isn’t so much focused on revealing too much, but plants some intriguing ideas and twists for the back hand of the season.