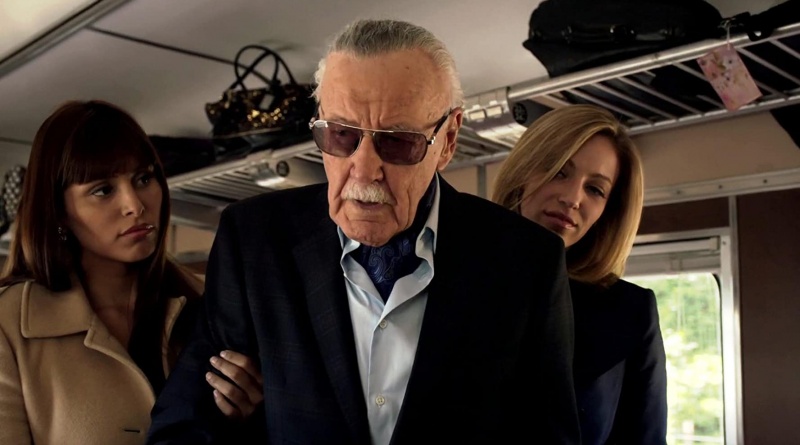 Agents of SHIELD could do a lot more episodes like T.R.A.C.K.S. as the team dynamic makes a multi-perspective installment a lot of fun. This was a very strong episode and one of my favorites. If you’re scoring at home, that makes three of the last four episodes great to outstanding and the fourth pretty good. Not a bad run for a series that too often has felt like it’s searching for an identity.

The team is back on the hunt for Ian Quinn and a possible lead might be speeding along on a train. SHIELD goes undercover to track Quinn’s Cybertek courier. Ward and May pose as a couple (fitting), ditto for Skye and Fitz while Simmons and Coulson play an estranged daughter and father. 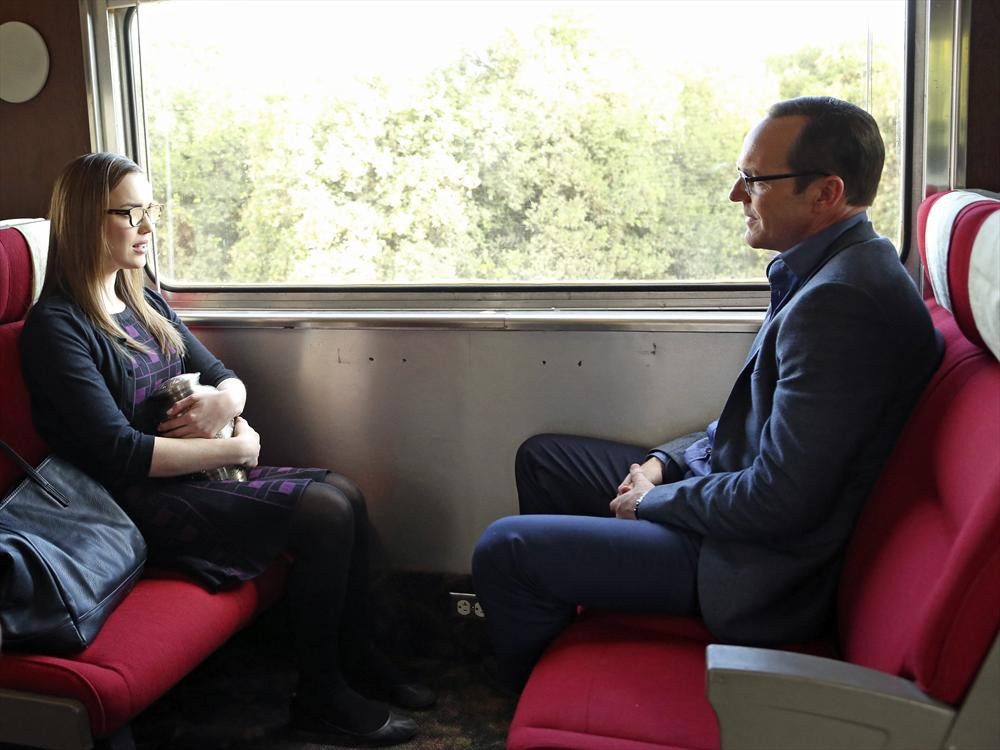 Simmons hilariously has worked up a whole backstory for her character to make up for her brain freeze when questioned by a Agent Sitwell. This leads to my favorite moment as Stan Lee makes a cameo shaming Coulson for being a lousy father. AOS is legit now.

Ward isn’t thrilled May told Coulson about them hooking up. That doesn’t matter as. Cybertek was ready for SHIELD forcing Coulson and Ward to hop off the train.

Coulson and Ward have a great Men In Black kind of dynamic and it’s become one of AOS’s better pairings. Coulson doesn’t baby Ward, who respects Coulson as his supervisor and not a surrogate father figure. Ward mentions May and Coulson threatens to have him guarding Blonksy’s cell if he lets it screw up a mission. Nice Hulk reference! 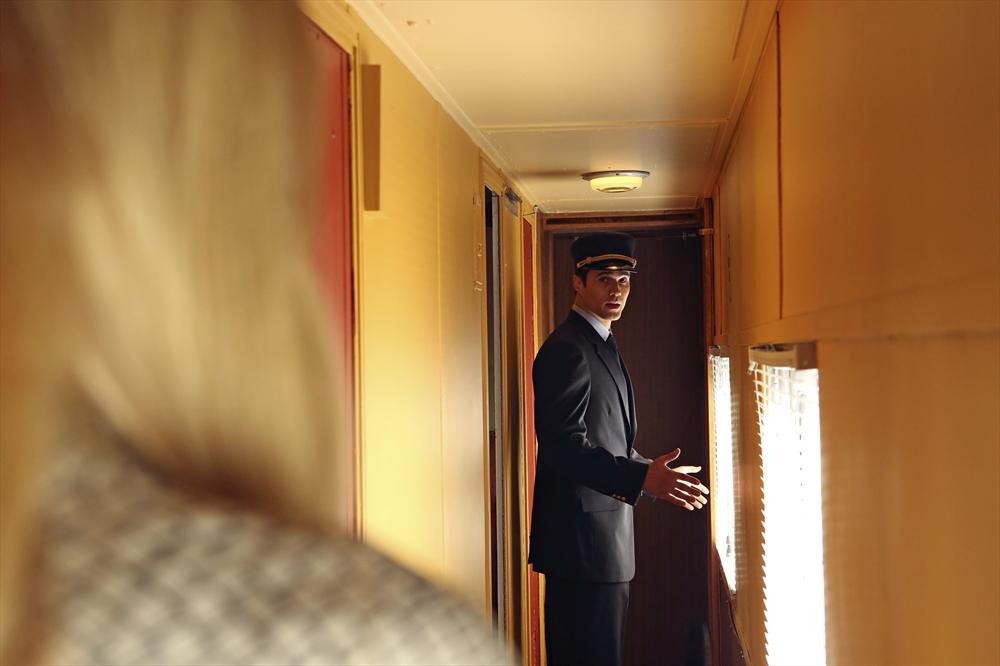 The puzzle of what happens to the various teams start getting filled in as May learns Coulson’s contact Russo (Carlo Rota, 24) was working with Quinn.

Russo and his crew kidnap and interrogate May, who shows she’s really on the Romanov level and basically an Avenger level fighter on the team. May blows off Ward’s effort to bandage her wounds, but allows Coulson to, which appears to set up a potential new love triangle.

Cybertek used a new weapon with temporal paralysis abilities very similar to Fitz’s night night gun. How does everyone SHIELD faces happen to have SHIELD tech?

Skye and Fitz follow the Cybertek courier to Quinn’s hideout where she finds Mike in a hyperbaric chamber…and Quinn. The Clairvoyant told Quinn that SHIELD would be coming. Cybertek makes a prosthetic metallic leg for Mike as he’s becoming increasingly less human. 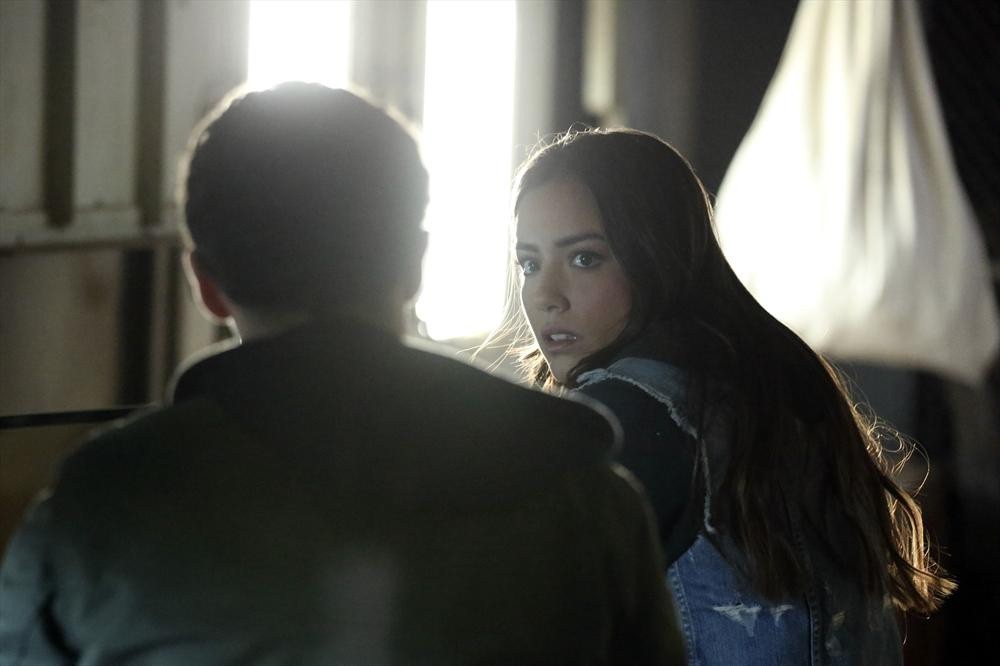 Just when it seems all the twists are done, Quinn shoots Skye per orders by The Clairvoyant! Mike escapes, but SHIELD is too distraught at the sight of a bleeding out Skye to care. Simmons has the team place Skye in the hyperbaric chamber to stabilize her, but it’s not looking good. Ward is hot at Coulson for placing her in danger.

Mike tries to visit his son, but The Clairvoyant isn’t ready for that yet as the camera pans to Mike’s leg, which reveals he is part of Project Deathlok. That’s cool. Hopefully Cybertek can whip up a better costume for him.

T.R.A.C.K.S. accomplished a lot in terms of the SHIELD/Quinn and Clairvoyant storyline, threw in some suspense with Skye getting shot and confirmation Mike will be Deathlok on the show. And all that with a very fun storytelling format.