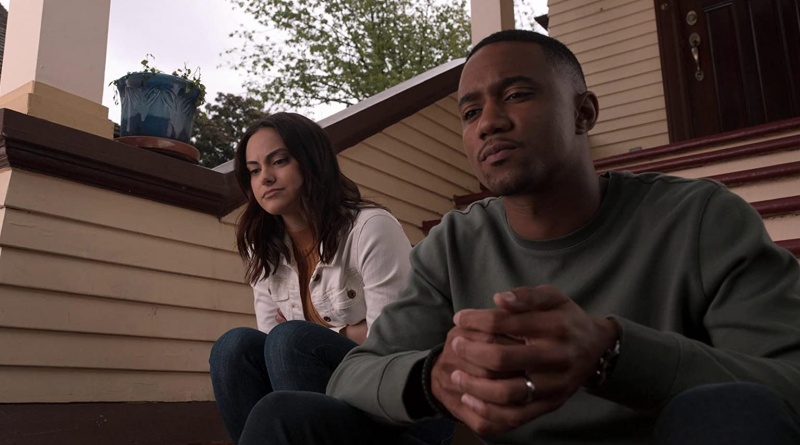 Dangerous Lies may play out like a simple Lifetime movie, but there’s enough intrigue and twists to make for an entertaining Netflix original movie.

Katie (Camila Mendes, Riverdale) and her husband, Adam (Jesse T. Usher, Shaft), are a young married couple trying to navigate through the early years together. She’s waiting tables while he’s making his way through school. 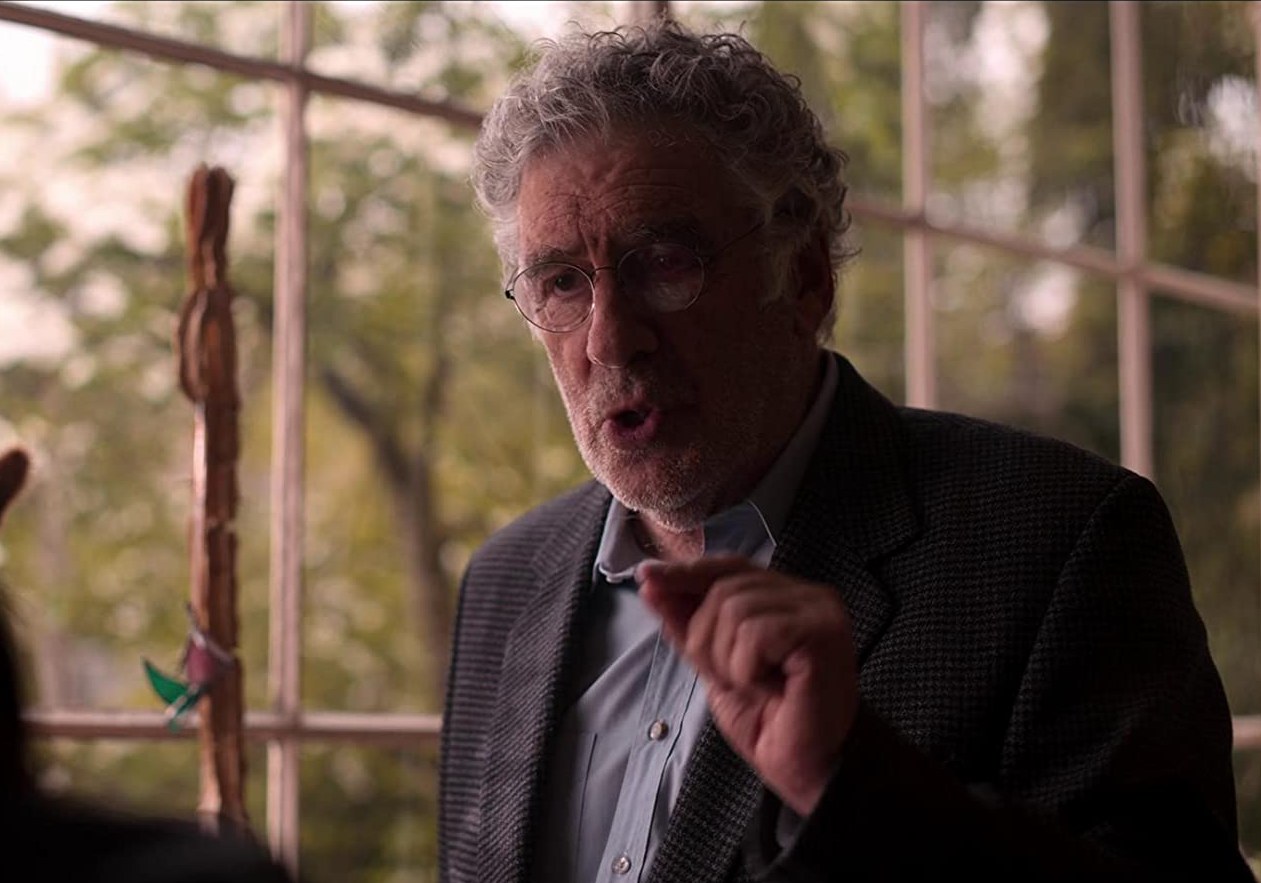 Their fortunes turn somewhat when Katie gets a job as the caretaker for a kindly man, Leonard (Elliot Gould, Ocean’s Thirteen), who wants to use some of his wealth helping the down on their luck couple. And to further help them out, he gives Adam a part-time job tending to his massive garden.

Just as quickly as everything starts looking up, it comes crashing down as Leonard suddenly dies. With no next of kin or relatives of any kind, Leonard’s lawyer, Julia (Jamie Chung, The Gifted), drops the bombshell that he left everything to Katie. 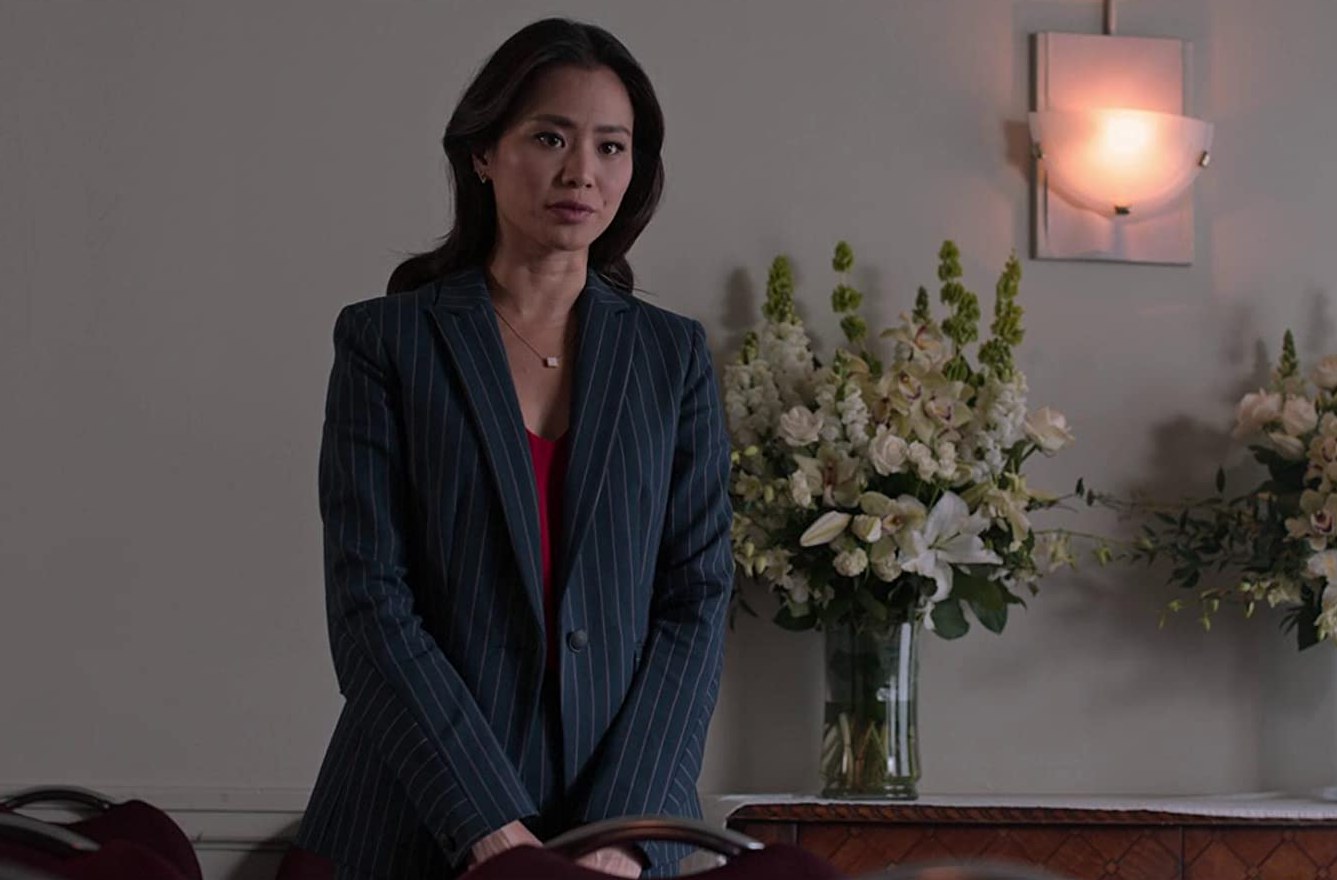 Complicating matters further for Katie and Adam is a pair of discoveries in the house that could spell massive trouble and jeopardize their new home. That’s on top of Adam getting a bit too eager (read: reckless) to spend some of their newfound wealth.

Adam has grown tired of struggling and living paycheck to paycheck and now that looks like a thing of the past for them.

With Adam behaving less careful, Katie starts wondering if he’s being completely honest with her, which isn’t helped by Det. Chester and Julia both suggesting he can’t be trusted. 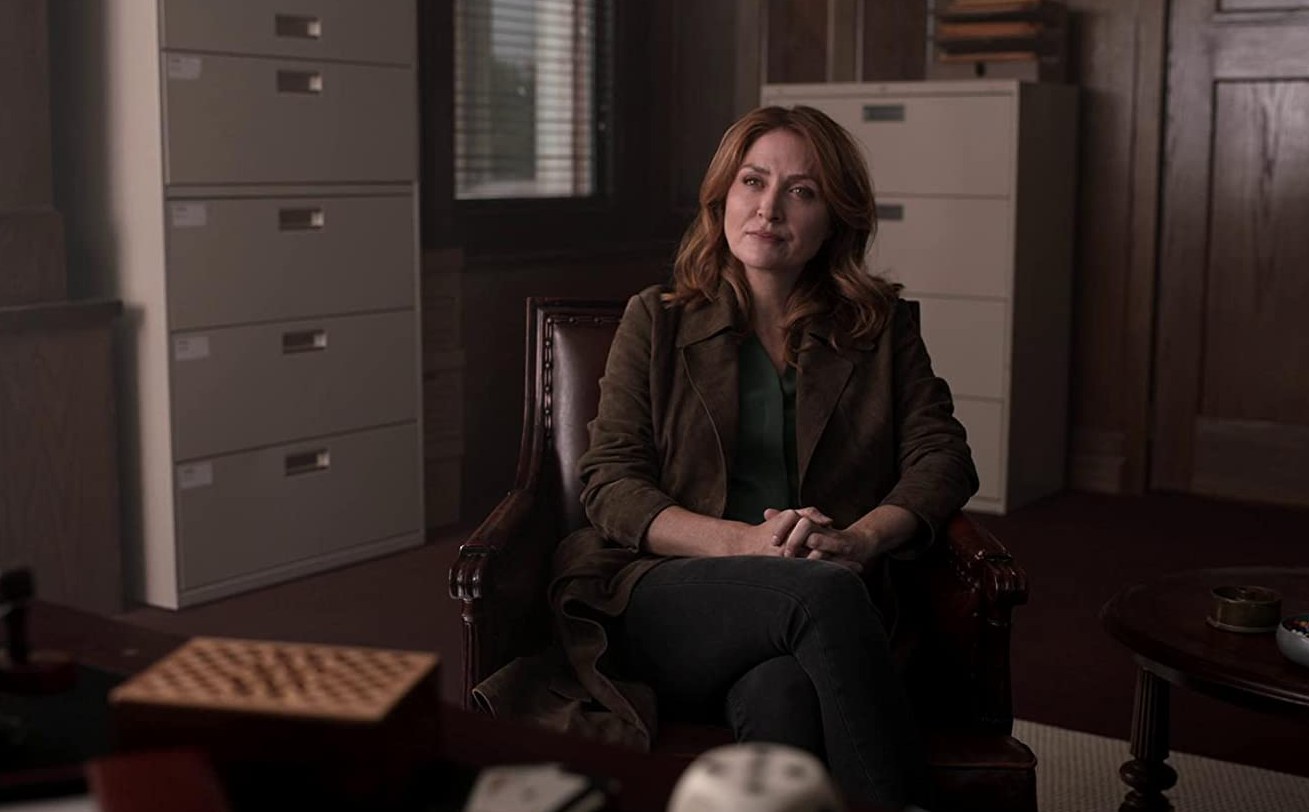 Director Michael Scott, a veteran on the Hallmark and Lifetime movie circuit, knows how to navigate these small scale mysteries without making them feel cheap.

Scott utilizes some unique perspectives aided by some colorful lighting choices from Cinematographer Ronald Richard to add to Katie’s uncertainty. 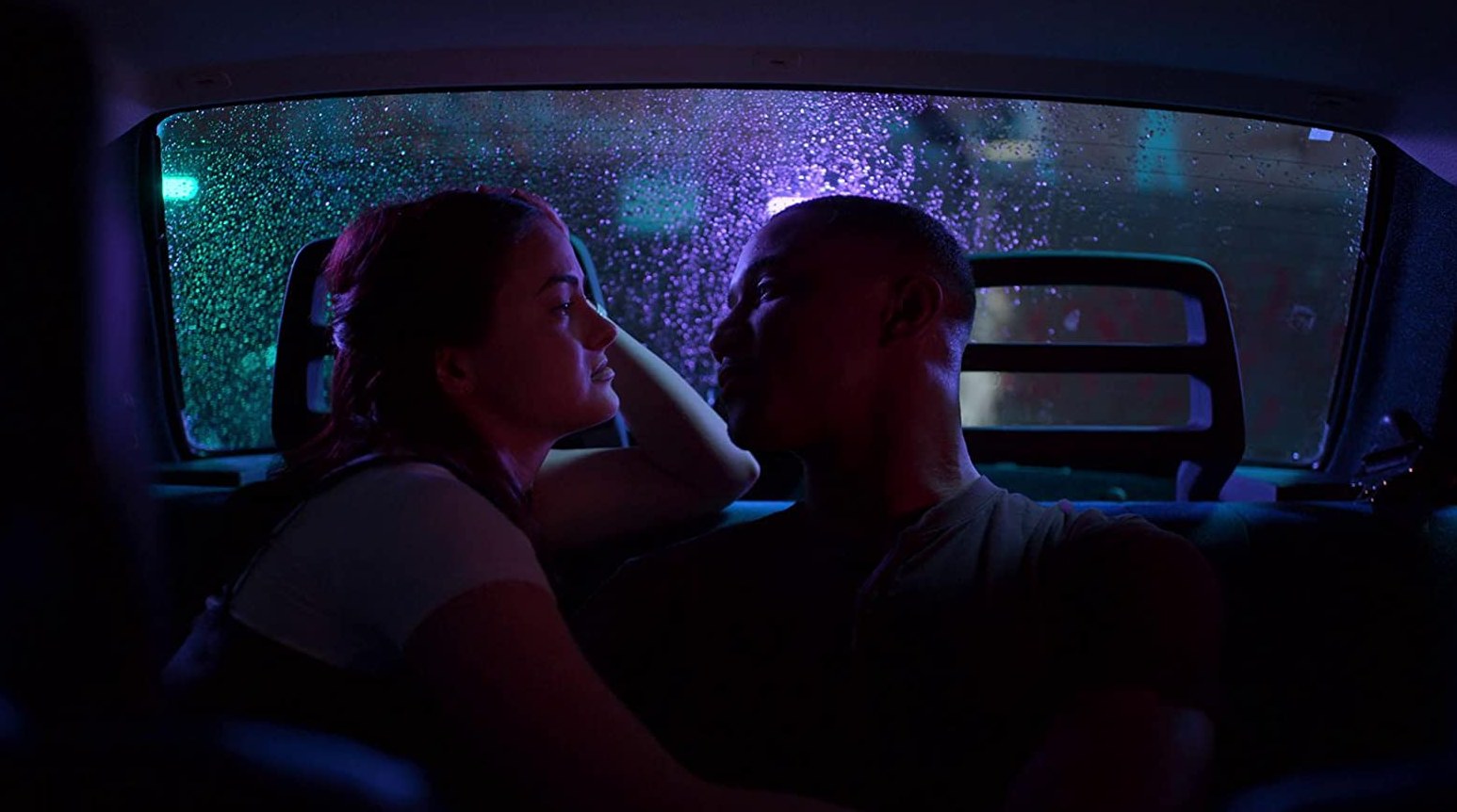 Screenwriter David Golden does a nice job building a credible list of suspects. Maybe the best part is how some potential suspects seemingly have an alibi that gets wiped out by another character.

Golden seems to intentionally avoid providing some context to some dynamics especially once Adam becomes more of a suspect. It feels a little too convenient that Katie would start distrusting her husband when the audience hasn’t gotten any kind of insight why she wouldn’t always have his back.

Mendes is fine as the lead. She gives Katie enough naivety that she could be easily swayed by various opinions and somewhat controlling personalities.

Usher gets to have a meatier role than his work in Shaft and The Boys with a complex character that has to maintain a certain air of mystery. 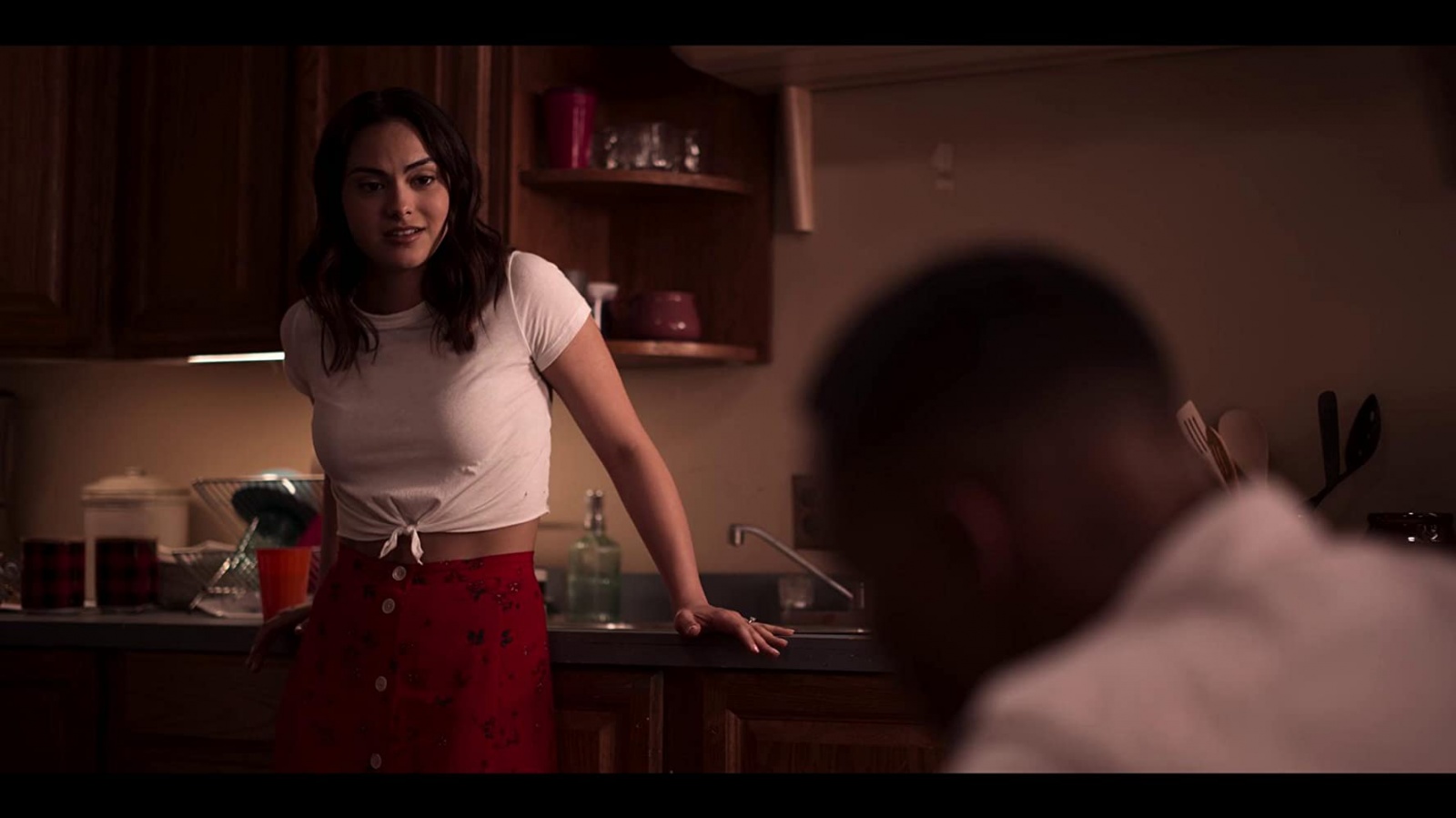 The film’s biggest issue is the rapid fire turn of events in the climactic scene. Golden writes it to wrap up a little too neatly, but there’s still a few sloppy edges that don’t tuck in as nicely as he envisions.

It undercuts what otherwise was a strong mystery with realistic actions from characters whose decisions were explainable. That doesn’t ruin the movie, but a better resolution would definitely made the overall ride more effective.